A FAKE "eviction notice" was taped onto Nancy Pelosi's home to protest the end of the federal moratorium, as millions face homelessness. 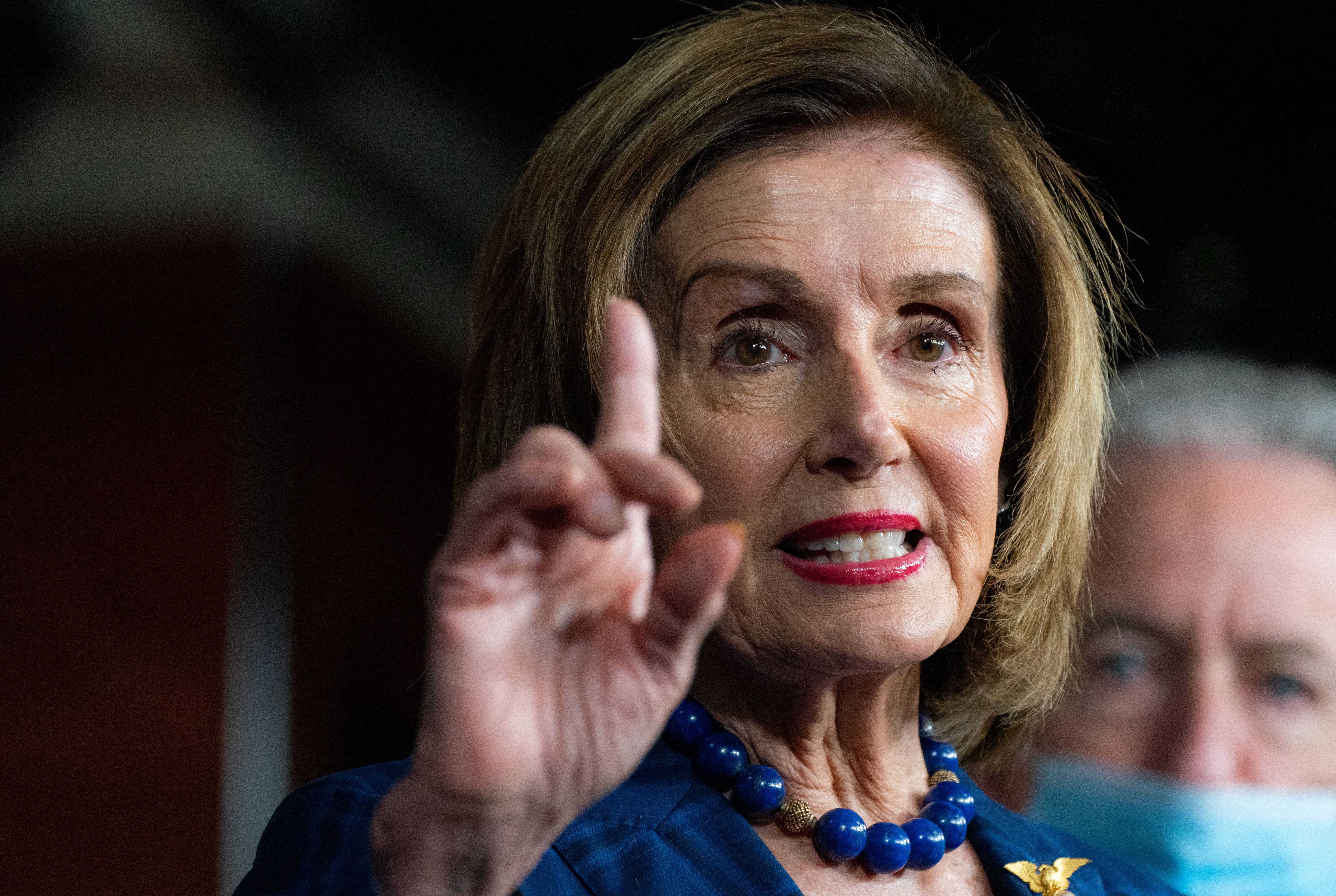 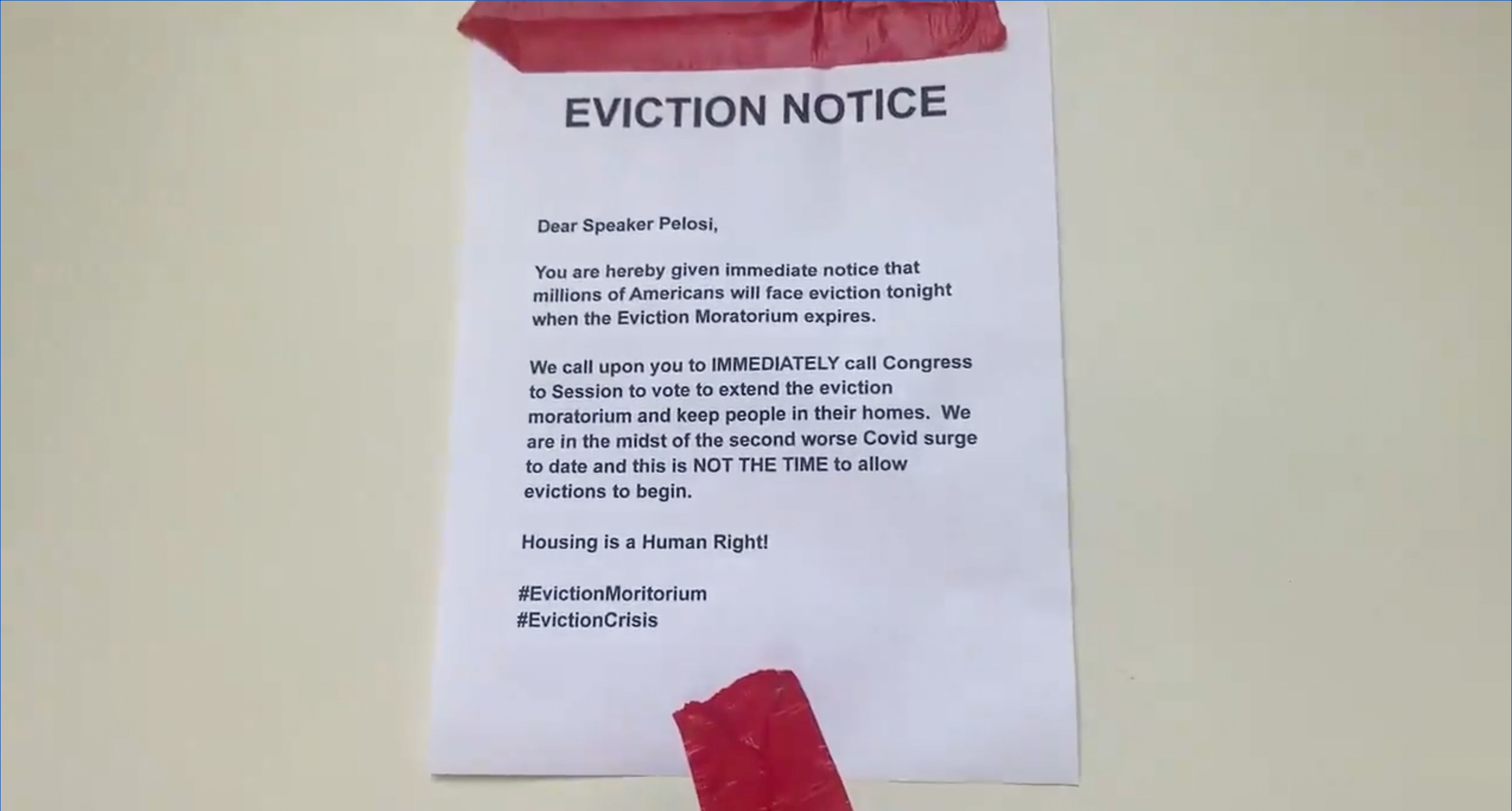 "Dear Speaker Pelosi, you are hereby given immediate notice that millions of Americans will face eviction tonight when the eviction moratorium expires," the notice says.

The letter goes on to demand Pelosi call Congress into a session to vote on extending the moratorium again.

"We're in the midst of the second-worst Covid surge to date and this is not the time to allow evictions to begin," the letter continues.

It's unclear if Pelosi was in her San Francisco home at the time of the protest.

The moratorium expired Saturday, leaving those who have struggled to pay their rent facing being booted out of their homes as the delta variant of the coronavirus is spreading rapidly.

The Biden administration announced that the moratorium would expire on Thursday, despite an attempt to extend it due to rising infections in the US.

The administration said its hands were tied after the US Supreme Court signaled in June the moratorium wouldn’t be extended beyond the end of July without congressional action.

House lawmakers on Friday attempted but failed to pass a bill to extend the moratorium even for a few months.

The moratorium, put in place by the Centers for Disease Control and Prevention in September to try to prevent the spread of the coronavirus, is credited with keeping two million people in their homes over the past year as the pandemic battered the economy, according to the Princeton University’s Eviction Lab.

Eviction moratoriums will remain in place in New York, New Jersey, Maryland, Illinois, California, and Washington, DC, until they expire later this year.

EVICTIONS COULD BEGIN ON MONDAY

Elsewhere, the end of the federal moratorium means evictions could begin Monday, leading to a years’ worth of evictions over several weeks and ushering in the worst housing crisis since the Great Recession.

The House of Representatives adjourned for its seven-week summer vacation on Friday.

Pelosi told reporters that there was "not enough time" to take action on the expiring eviction ban.

She called on the Centers for Disease Control and Prevention, which had introduced the ban, to extend it.

On Saturday, Pelosi blamed Republicans for the expiring moratorium.

The House Speaker said she "led a relentless campaign to extend the CDC eviction moratorium," and said Republicans acted out of "pure cruelty" to block her proposals.

"In the face of this partisan obstruction, House Democrats join POTUS in urging state and local governments to immediately disburse the $46.5 billion in emergency rental assistance approved by the Democratic Congress, so that many families can avoid eviction," she wrote. 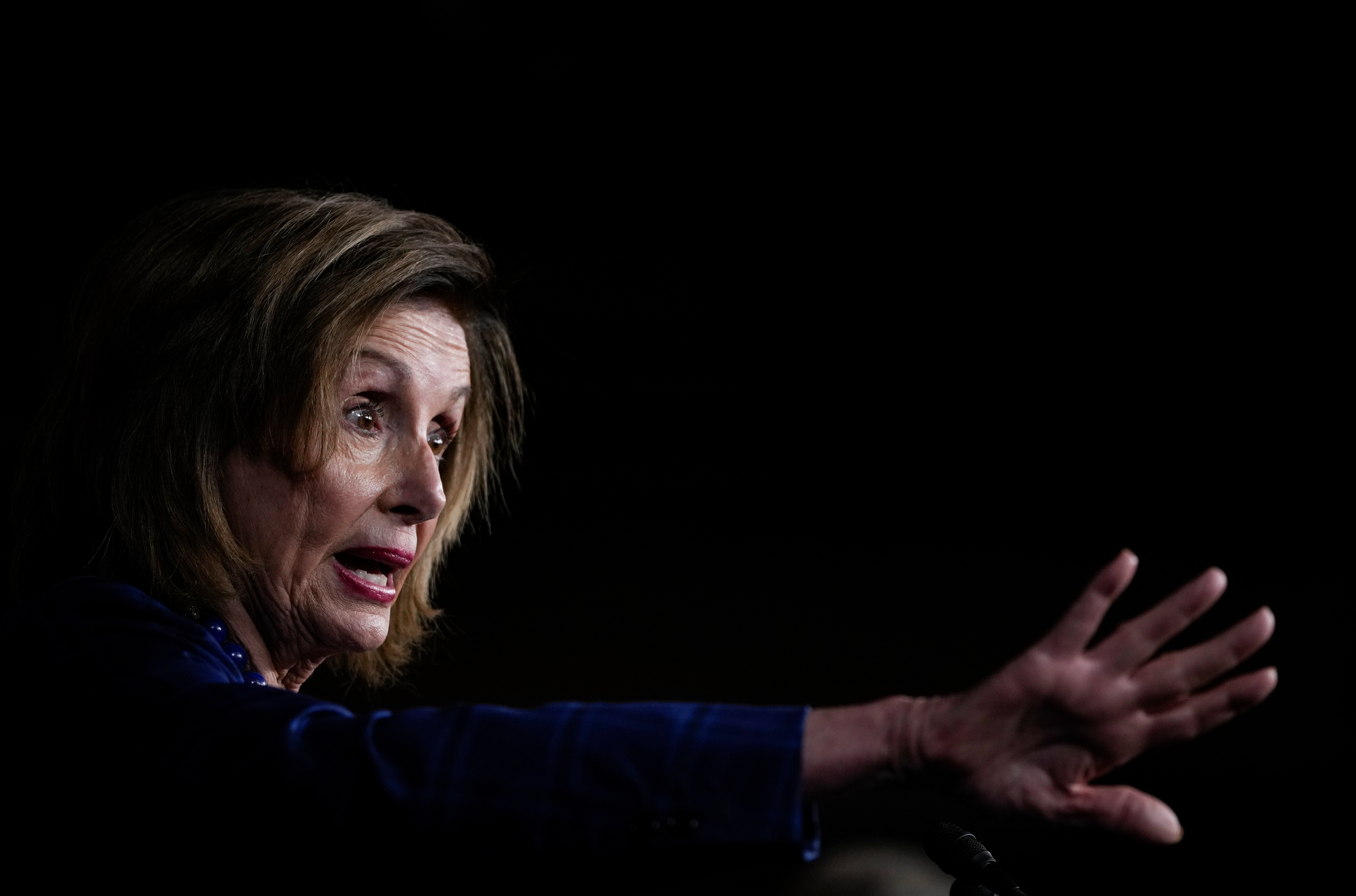