Ex-National Front and BNP candidate, 39, raped woman, used a craft knife to carve ‘s**t’ and other slurs on her body and tried to rape her teenage daughter

An ex-National Front and BNP candidate violently raped a woman before using a craft knife to carve the word ‘s**t’ and other slurs onto her body.

The 39-year-old, who is currently in custody awaiting sentencing, also assaulted two of the woman’s sons, in what the judge described as a ‘harrowing’ case.

During his trial, the jury was told he used a knife to carve the word ‘s**t’ into his adult victim’s thigh, as well as the word ‘whore’ into her arm, ‘old’ and ‘saggy’ on her breasts and the letters ‘FAT’ across her stomach.

He also rubbed her face against a rough wall and rugby tackled her to the floor, knocking out four of her teeth.

A court heard that Coyle, who campaigned to reintroduce the death penalty for crimes such as paedophilia when he was standing for parliament, also abused the woman’s daughter when she was around 12 or 13 years old.

A jury found him guilty of rape, attempted rape, and willfully ill-treating her children by forcing them to stand in a cold dark room for hours. 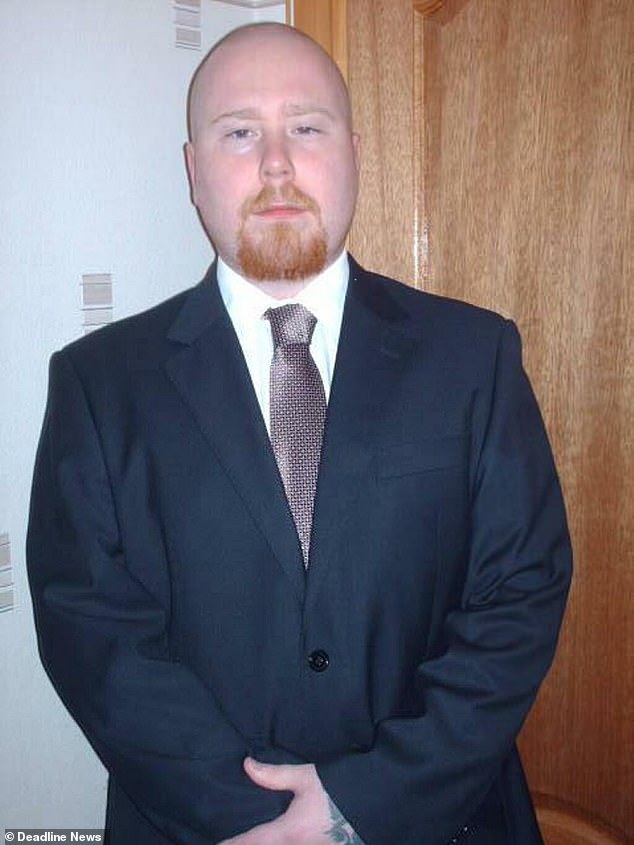 Michael Coyle, pictured here in 2011 when he was standing for Scottish Parliament, violently raped a woman and attempted to rape her teenage daughter

He was also found guilty of assaulting two of her sons by brandishing a knife at them and punching one of them in the face.

He was due to be sentenced at the High Court in Livingston today after earlier being remanded in custody for background reports.

However, when he appeared via a videolink from Addiewell Prison, West Lothian, the court was told that no-one had got in touch to interview him for a criminal justice social work report.

Coyle’s defence counsel Mark Stewart QC said: ‘No responsibility for that falls on Mr Coyle. He’s not been contacted. He’s anxious for the matter to proceed as soon as possible.’

Mr Stewart tendered two letters to the court in mitigation and said a new date for sentencing had been identified as 6 September at Edinburgh High Court.

Judge Alison Stirling, who earlier described the violent and controlling abuser’s case as ‘complex and harrowing’, adjourned the case until then.

She said: ‘It’s unfortunate the criminal justice social work report is not available. It was through no fault of Mr Coyle and, as far as I’m aware, it’s not the fault of the court either.

‘I hope we can have that chased up and the report will be available when he appears in front of me again on 6 September in Edinburgh.’

She said he sent messages from her Facebook account to a photographer who’d taken her picture in a rock pub saying: ‘Did I flirt with you? I can’t remember.’ Then asking if the stranger was interested in her.

Then, she said, as she was lying on the couch he started hitting her in the face with his manhood.

‘He kicked me in the stomach. I thought ‘That’s over’, but it wasn’t over.’ 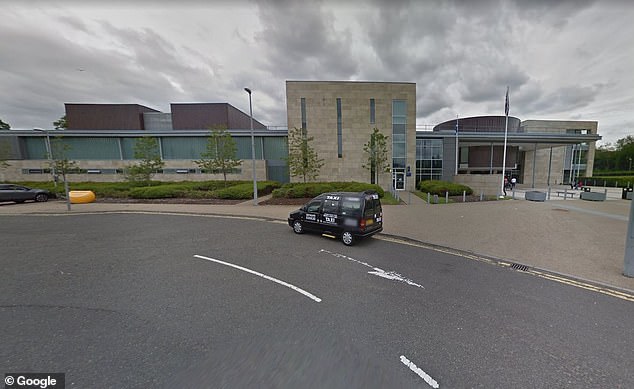 He appeared via video link at Livingston High Court(pictured) today, where his sentencing was adjourned to allow for background reports

‘He started pushing my legs apart with his knees and I screamed but he just covered my mouth. I was on my back on the couch and he was pushing his forearm down into my face.

‘He put himself inside me and he didn’t stop until he was finished. I couldn’t fight back.’

She said she tried to flee half naked but he rugby tackled her to the floor shattering her teeth so badly she lost four on one side of her mouth and two on the other.

Her daughter, now aged 18, testified that the car bodyshop worker of Livingston, West Lothian, sexually assaulted her when she was around 12 or 13 years-old.

She told how he attempted to insert his penis into her mouth.

Coyle had stood as a Westminster Parliament candidate for the BNP in Glasgow South in 2010, but failed after receiving only 637 votes.

He also fought as National Front candidate to become a Member of the Scottish Parliament for the Linlithgow constituency in 2011, but failed again after getting 558 votes.