Racist prison killer, 42, is denied parole 22 years after beating his cellmate to death with a table leg and daubing a swastika on the wall in blood

A racist prison killer who beat his cellmate to death with a table leg then daubed a swastika on the wall in blood has been denied parole 22 years after the murder, MailOnline can reveal.

The former skinhead, whose original name was Robert Stewart, now 42, changed his name in prison before applying to the Parole Board for release.

He was jailed for life for the racially motivated murder of cellmate Zahid Mubarek, 19, at Feltham Young Offenders Institution (YOI), west London in March 2000.

The landmark case was described as the ‘Stephen Lawrence moment’ for the Prison Service and a subsequent inquiry shook the criminal justice system, describing Feltham as ‘institutionally racist’.

The report published in June 2006 exposed multiple failings that allowed the vulnerable Asian teenager Mubarek to be in a cell with a known racist. 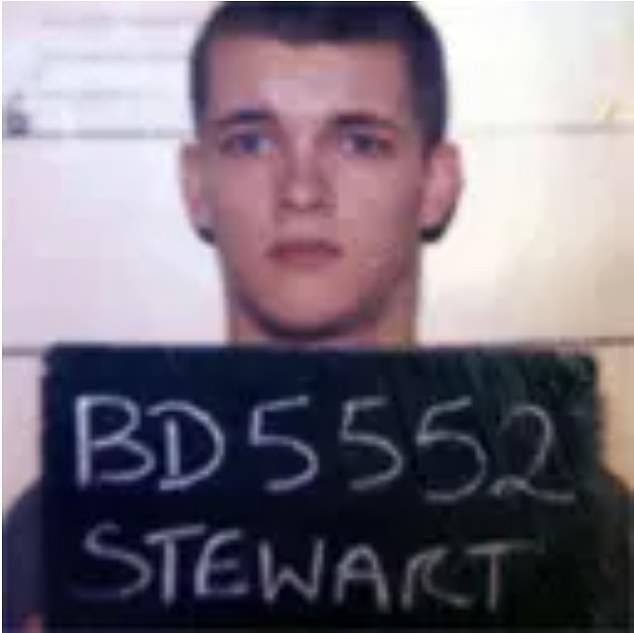 Robert Stewart, who killed Zahid Mubarek in a racially motivated attack, has been denied parole 22 years after the murder 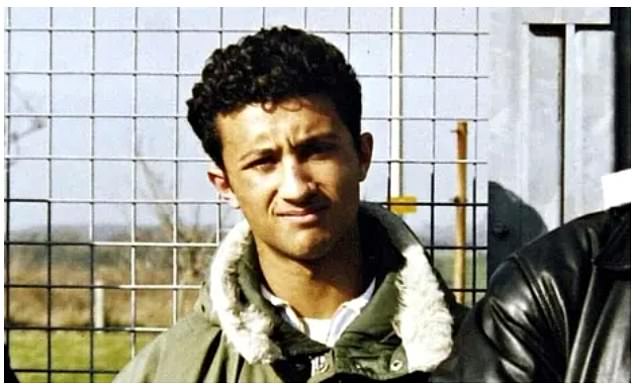 On 21 March 2000, Zahid Mubarek, 20, was beaten to death in his cell in the middle of the night, just hours before his scheduled release from Feltham Young Offenders Institution

Stewart has been behind bars ever since, but MailOnline can reveal that he had an anonymous parole hearing – under his new surname – earlier this year.

It is not clear when he changed his name nor whether it was legally enacted by deed poll.

The Parole Board decided that Stewart was still too dangerous to be released – or even to be moved to an open prison.

The Keith Report into Zahid Mubarek’s death made 88 recommendations. of which the Home Office unequivocally accepted 55.

In January 2000, Mubarek was convicted of shoplifting £6 worth of goods from a supermarket and was sentenced to serve 90 days at Feltham YOI.

However, in the early hours of the morning of his scheduled release, he was attacked by Stewart.

Zahid never recovered and died a week later in hospital, on 21st March 2000.

Stewart summoned prison officers and claimed his cellmate had ‘an accident’.

Prison guards reported that when they arrived at Mubarek’s cell Stewart had been standing over him covered in blood and holding a large table leg.

He had also written a message on the wall of the cell he was moved to reading ‘Just killed me padmate’, signed off with a swastika.

Despite attempting to destroy evidence, he was charged with Mubarek’s murder. 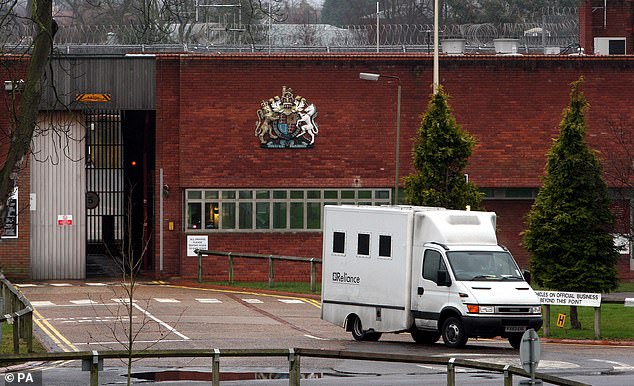 Stewart was transferred to Feltham YOI in connection with a separate trial. He was later moved into the same cell as Zahid Mubarek who he went on to murder

Passing sentence in November 2000, Mr Justice Grigson told Stewart: ‘As you are a danger to yourself and a danger to the public, custody for life is wholly appropriate.’

Earlier Sir John Nutting QC, for the prosecution, recalled how Stewart had written a series of racist letters to friends before the attack.

In one, he had threatened to resort to killing his cellmate to be transferred to the north west ‘to see some old friends, white ones’.

Asked why he attacked Mr Mubarek, Stewart denied the assault was racially motivated, telling the jury: ‘I don’t know, I just felt like it,’ he told the court.

Speaking outside the court, the victim’s father told of the ‘bright future’ his son had had ahead of him and how he had planned to join the army.

Although he expressed his relief at the jury’s verdict, he said he did not feel happy because his son could not be replaced.

Zahid’s family, originally from Pakistan, said they felt let down by prison staff who had missed countless opportunities to prevent the tragedy.

His father Mubarek Amin said in 2006: ’The real tragedy is that my son’s murder could have been avoided if the prison service had done its job properly.

‘My son should never have been put in the same cell as him. Why didn’t the prison service read the 200-odd letters which are not only abusive and racist but predict my son’s murder?’

The public inquiry, which was led by the High Court judge Mr Justice Keith, began in 2004 following an unprecedented decision by the Law Lords.

They ordered the then Home Secretary, David Blunkett, to hold a public inquiry into the murder after lawyers for Mr Mubarek’s family argued that the European convention on human rights entitled them to one.

Three weeks after the beginning of his probe, the judge ruled that previous inquiries had established Feltham was ‘institutionally racist’ and that he accepted that conclusion.

The inquiry heard allegations that prison officers set up Gladiator-style fights by placing vulnerable inmates in cells with racist prisoners.

The inquiry was told how prison officials missed 15 chances to save Mr Mubarek’s life.

It also revealed how racial incidents were under-reported and that some white officers hurled racial abuse at black inmates.

Mr Justice Keith published his 700-page report in June 2006 outlining a damning indictment of the authorities and described how they had failed to keep Zahid safe.

He named 19 members of the Prison Service whose professional failings played a part in creating the circumstances leading up to the death.

The judge also highlighted systematic issues, including racism, Feltham being badly run, lack of information sharing between jails and Stewart even being able to watch the violent Australian neo-Nazi film Romper Stomper.

His recommendations included the ending of enforced cell-sharing and linking the Police National Computer (PNC) to the prison estate to help share security information.

A spokesperson for the Parole Board told MailOnline: ‘We can confirm that a panel of the Parole Board refused the release of Robert Stewart following an oral hearing. The panel also refused to recommend a move to open prison.

‘Parole Board decisions are solely focused on what risk a prisoner could represent to the public if released and whether that risk is manageable in the community.

‘A panel will carefully examine a huge range of evidence, including details of the original crime, and any evidence of behaviour change, as well as explore the harm done and impact the crime has had on the victims.

‘Members read and digest hundreds of pages of evidence and reports in the lead up to an oral hearing. Evidence from witnesses such as probation officers, psychiatrists and psychologists, officials supervising the offender in prison as well as victim personal statements may be given at the hearing.

‘It is standard for the prisoner and witnesses to be questioned at length during the hearing which often lasts a full day or more. Parole reviews are undertaken thoroughly and with extreme care. Protecting the public is our number one priority.

‘Under current legislation he will be eligible for a further review in due course. The date of the next review will be set by the Ministry of Justice.’

Stewart will be eligible for another parole hearing in February 2024.