Fergie’s daftest utterance ever! It’s up against some stiff competition, but a top historian says Sarah Ferguson’s claim to be the most persecuted woman in royal history is silly, writes DOMINIC SANDBROOK

Does your heart bleed for Sarah, Duchess of York? If not, perhaps it should — at least according to the lady herself.

In an interview with a French magazine, Prince Andrew’s ex-wife has described herself as ‘the most persecuted woman in the history of the Royal Family’, citing the disobliging commentary during her toe-sucking heyday in the early 1990s.

So is she right? Was she really more persecuted than Anne Boleyn, Mary Tudor or Caroline of Brunswick, to name just three claimants to the same unwanted title?

You probably can guess my answer. Britain’s history is littered with queens and princesses who were abominably treated by their parents, spouses, subjects and even their children. ‘Divorced, beheaded, died’ doesn’t begin to cover it. 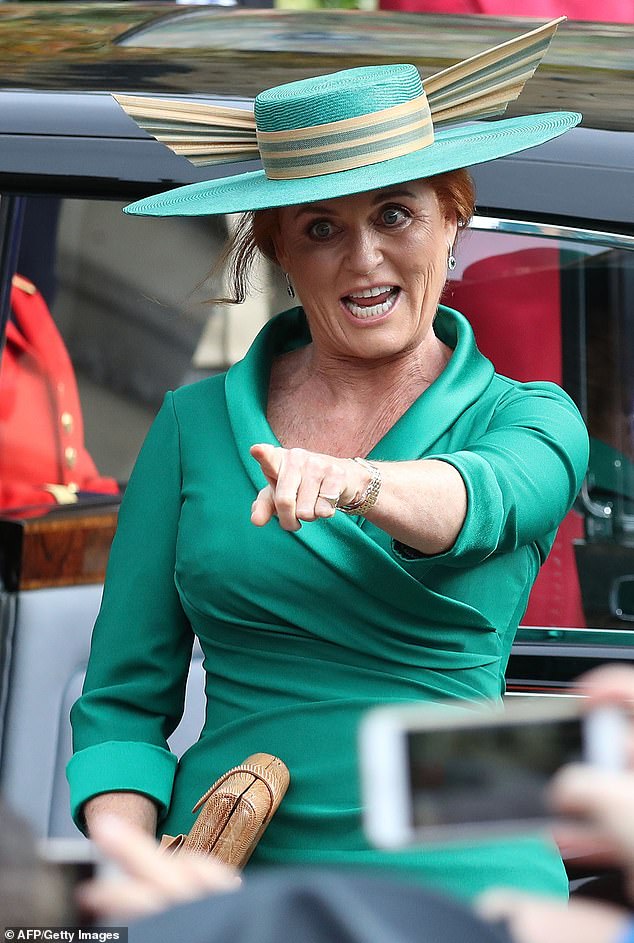 In an interview with a French magazine, Prince Andrew’s ex-wife (pictured) has described herself as ‘the most persecuted woman in the history of the Royal Family’

Take the first woman to claim the throne of England, Henry I’s daughter Matilda, who should have succeeded her father in 1135. Henry made his barons swear an oath to let Matilda take over. But as soon as he died they ignored it and crowned her cousin Stephen instead.

Enraged, Matilda raised an army and launched a bloody civil war. But she never did get her hands on the crown, and had to settle for a humiliating deal in which Stephen agreed to let her son, the future Henry II, succeed when he was dead.

Matilda’s treatment set the tone for century after century in which queens were mocked, despised, imprisoned and executed.

Isabella, known as the ‘She-Wolf of France’, married Edward II in 1308, aged just 12. For years she had to tolerate his intense relationship with Piers Gaveston. But at last Edward wound up on the wrong end of a red-hot poker, leaving Isabella free to rule as regent for her son, Edward III.

And her reward? As soon as her son came of age, he put her under house arrest, and Isabella was driven stark mad with grief and rage.

I don’t pretend to know what Beatrice and Eugenie were like as children, but they can’t have been that bad, can they?

The most famous persecuted women in our history, though, were surely the wives and children of the Tudor man-mountain Henry VIII.

For me, the most tragic was Catherine of Aragon — a Spanish princess who came to England as a nervous teenager in 1501, married Henry’s brother Arthur, watched in horror as he dropped dead of the plague and went into a depression.

Things turned upwards for Catherine when Henry became king and married her in 1509, but although she bore him a daughter, Mary, the couple never had a son. So Henry turned to Anne Boleyn. Poor Catherine was ordered to testify about her relations with Arthur and entered internal exile, separated from her daughter and carted around various country houses. 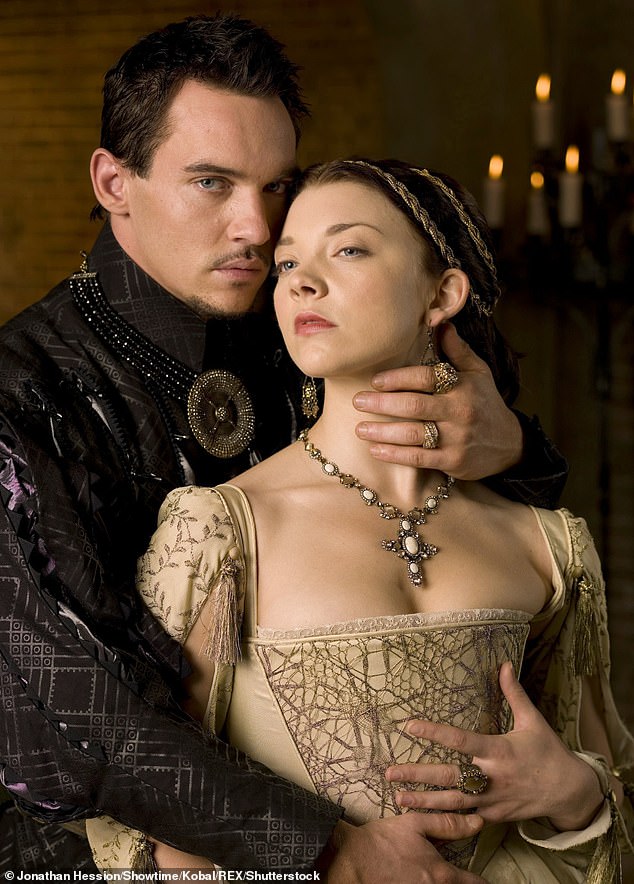 ‘For me, the most tragic was Catherine of Aragon — a Spanish princess who came to England as a nervous teenager in 1501, married Henry’s brother Arthur, watched in horror as he dropped dead of the plague and went into a depression’, writes DOMINIC SANDBROOK

Even as Catherine lay dying of cancer in 1533, Henry still refused to let her see her daughter. When the news of her demise reached the court, he and Anne put on garish yellow outfits in celebration.

Anne didn’t fare any better, though. The people hated her, refusing to cheer at her coronation. And when Henry tired of her three years later, he accused her not merely of plotting to poison him, but of incest with her own brother George — both of which were completely untrue.

Thrown into the Tower, Anne suffered a complete breakdown, swinging between violent weeping fits and hysterical laughter. At first she was convinced that Henry was merely testing her, but when he paid £24 to bring over the finest executioner from Calais, she realised that he really did want her head after all.

Anne’s fate should have been a warning, but four more wives followed. The most obviously ill-treated was giddy Catherine Howard — another teenager — who made the dreadful mistake of carrying on with one of Henry’s courtiers.

And so she too ended up on the chopping block, dragged out on to Tower Green in February 1542. The poor girl was so terrified, the warders had to help her up the steps, and even then her knees were shaking so violently she could barely stand.

Surely not even the uncharitable readers of Sarah’s romance novels would wish such a fate upon her. 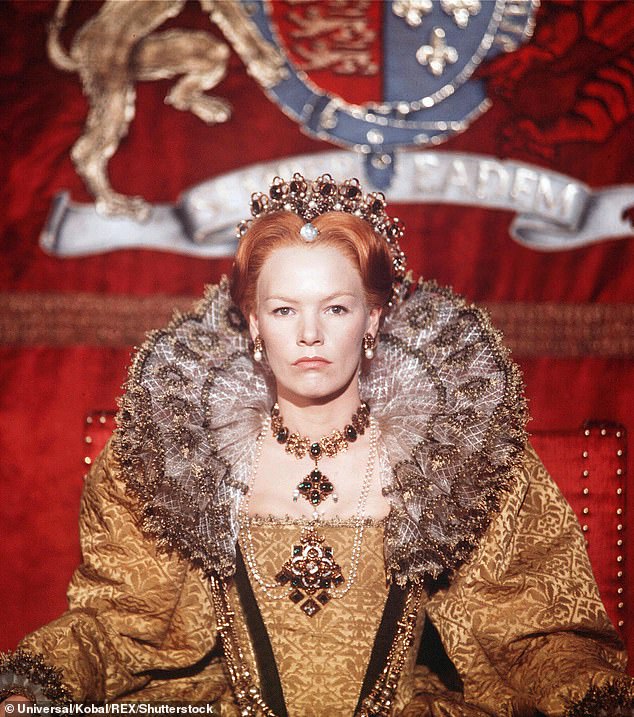 For now, though, the Duchess of York remains free to roam the land, tormenting readers with her terrible novels, writes DOMINIC SANDBROOK. Pictured: Glenda Jackson from the 1971 film Mary Queen Of Scots

Henry’s children fared little better. Mary, daughter of Catherine of Aragon, was publicly humiliated as a ‘bastard’, even though she wasn’t.

For the rest of her teenage years she was treated as a glorified hostage. Her health broke down and she suffered from deep depression.

With impressive resilience, Mary clung to her sanity and became the first woman to rule England, between 1553 and 1558 — although she went on to burn Protestant martyrs.

But she in turn imprisoned her half-sister Elizabeth on suspicion of supporting various Protestant plots.

Things improved after the Tudors left the stage, but not that much. Indeed, if there’s one woman in our recent history who really was persecuted, it was George IV’s wife Caroline of Brunswick, whose Hanoverian husband goaded her to her death in 1821.

George, who was secretly (and illegally) married to an Irish widow called Maria Fitzherbert, loathed the German Caroline from the start. When, as Prince of Wales, he met her before their wedding in 1795, he was so horrified he called for a glass of brandy.

He only managed to consummate the union on their wedding night, he told friends, after making a tremendous ‘effort to conquer my aversion and overcome the disgust of her person’.

But there was a twist. When George became king in 1820, he was determined to stop Caroline becoming queen.

His friends in the House of Lords introduced a bill to charge her with adultery and strip her of her title. When, in July 1821, she threatened to turn up to his coronation anyway, he hired professional boxers to stop her from getting into Westminster Abbey.

As Caroline stood there in tears, the sentries held bayonets to her throat while the chamberlains slammed the doors in her face. And all this in public, with the crowds jeering at the spectacle!

That very evening, after swallowing a large dose of laudanum to steady her nerves, Caroline fell ill. Her condition worsened, and three weeks later she was dead.

By these standards, has Sarah been persecuted? Have people raised armies against her? Has she been separated from her children? Has she been accused of witchcraft? Did the Queen engage a French executioner to remove her head?

There is, I suppose, still time. For now, though, the Duchess of York remains free to roam the land, tormenting readers with her terrible novels.

If I see her in the Tower of London, I might change my mind. But as it is, I think she’s done rather well out of her royal association, don’t you?