Underworld identity Mick Gatto has added former attorney-general Christian Porter to his legal team as he looks to take his defamation case against the ABC to the High Court.

Gatto lost his defamation case against the ABC in February 2021 after a Supreme Court judge dismissed the proceedings, finding in favour of the national broadcaster.

At the time Gatto said he believed the ABC had “crossed a line” when it published an article containing suggestions he was a “murderer, hitman and one of the most violent men in Australia”. 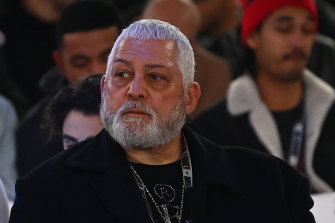 He alleged the ABC article also falsely accused him of threatening to kill gangland barrister-turned-informer Nicola Gobbo after learning she was providing information to police. 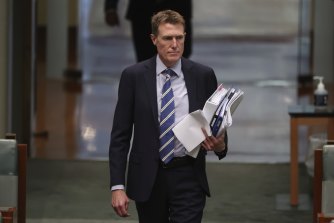 Christian Porter is set to represent Mick Gatto in his bid for a High Court appeal.Credit:Alex Ellinghausen

Gatto has since applied for special leave to appeal the decision in the High Court and will be represented by Porter alongside barristers Guy Reynolds and Daniel Ward.

Porter himself had previously sought to sue the ABC for defamation following an article they published. The case was later settled in May 2021.

Months later he announced he would quit politics at the next election.