Teenager was ‘deeply distraught’ and crying ‘I want to go, I wanna leave’ minutes after Bill Cosby allegedly assaulted her at Playboy Mansion in 1975, her former best friend tells court

Bill Cosby faced sexual assault allegations at a new civil trial in California Wednesday, where opening statements addressed an alleged attack on a teenage girl at the Playboy Mansion almost 50 years ago.

Sixteen-year-old Judy Huth was deeply distraught minutes after Cosby allegedly abused her at the Playboy Mansion in 1975, her best friend at the time testified before the court.

‘She said ”I want to go, I wanna leave,” she was crying,’ said Donna Samuelson, then 17 and now 64, who is the first witness in a LA county trial stemming from a lawsuit brought against the 85-year-old comedian and actor by Huth, who is now 62.

Samuelson, who had been looking forward to spending the rest of the afternoon and evening at the mansion, was angry with her friend, until Huth explained herself.

‘She said Bill Cosby had tried to have sex with her,’ Samuelson said.

The case is one of the few remaining legal actions against Cosby, 84, who has been accused of assault by dozens of women.

He was jailed in 2018, but was freed last year when his conviction in a separate criminal case was overturned. 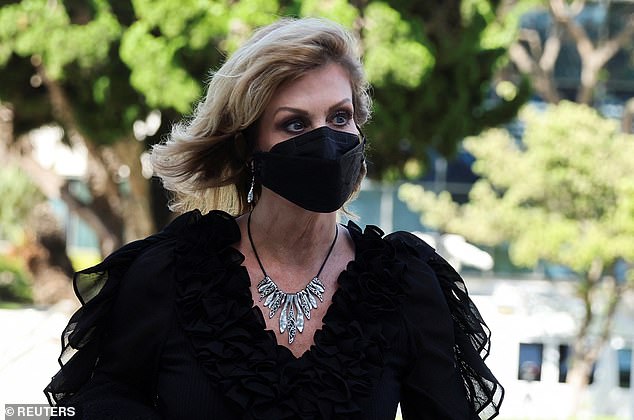 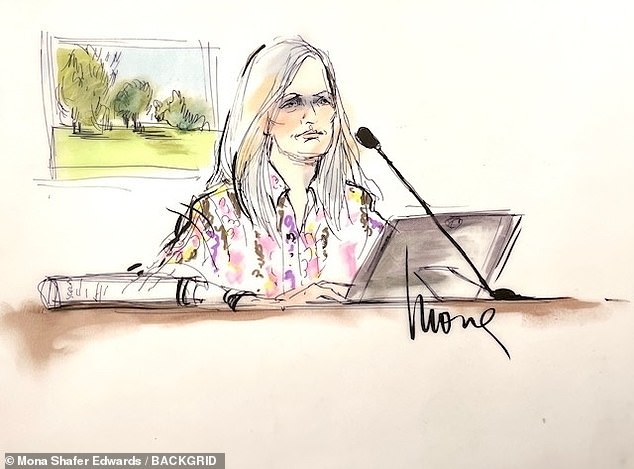 ‘She said ”I want to go, I wanna leave,” she was crying,’ said Donna Samuelson (pictured in court sketch) a friend of the plaintiff 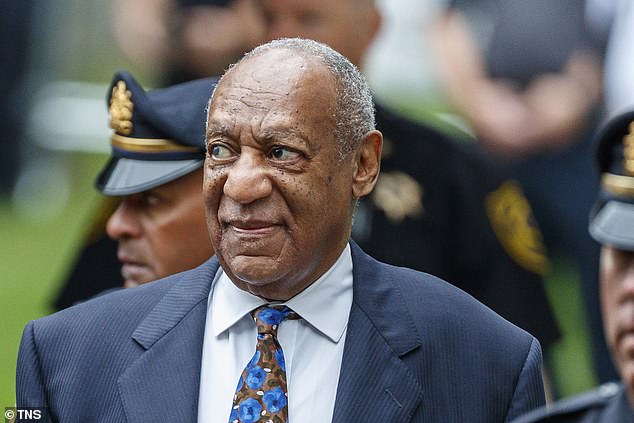 Having not been ordered to testify in person, Cosby (pictured in 2018) does not plan to attend proceedings in California and remains at home in New York, choosing instead to give a video deposition

Judy Huth, plaintiff in the new California case, alleges the veteran comic once known as ‘America’s Dad’ met her in 1975 when she was 16, plied her with alcohol, took her to the Los Angeles mansion owned by Playboy founder Hugh Hefner and sexually assaulted her in a bedroom.

Huth told Samuelson that in a bedroom off a game room on the mansion grounds where the three had been hanging out and playing pool and arcade games, Cosby had tried to put his hand down her tight pants, then exposed himself, forcing Huth to touch him sexually, testified Samuelson, who had been distracted playing a game and was oblivious to what had happened.

‘Immediately after she sat down (on the bed) he pounced… He started trying to put his hands down her pants,’ attorney Nathan Goldberg told the jury.

Cosby’s lawyers denied any assault, and questioned Huth’s description of events after the accuser changed her account of the date it took place, from 1974 to 1975.

Having not been ordered to testify in person, Cosby does not plan to attend proceedings in California and remains at home in New York, choosing instead to give a video deposition.

Huth first filed her lawsuit claiming sexual battery and infliction of emotional distress in 2014, when allegations against Cosby from other women had just begun to emerge.

‘It was like a cork popped out of a bottle,’ said Goldberg. ‘Memories came rushing to the surface… she became overwhelmed by memories of Mr Cosby and what he had done.’

California law allows adults who say they were sexually abused as minors, but have only recently become aware of the damage, to bring civil cases years after the statute of limitations would normally have expired.

Huth’s case was put on hold for Cosby’s separate criminal trial, and when Cosby was found guilty in 2018 ‘it was like closure for her,’ said Goldberg.

But that conviction, which made him the first celebrity jailed for sexual assault during the #MeToo era, was overturned on a technicality last June, and a judge ruled Huth’s civil case could move forward. 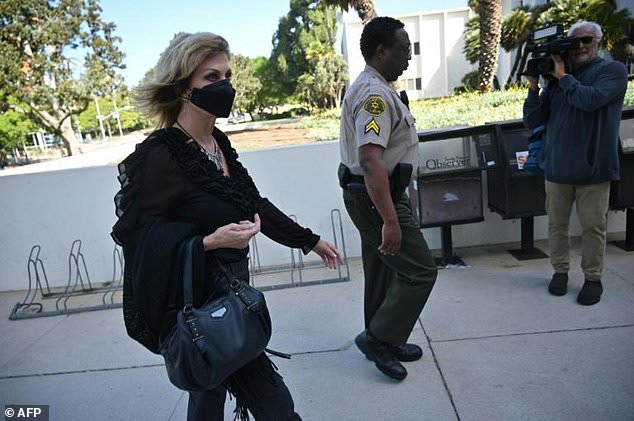 Judy Huth, plaintiff in the new California case, alleges Bill Cosby met her in 1975 when she was 16, plied her with alcohol, before taking her to the Playboy Mansion and sexually assaulting her 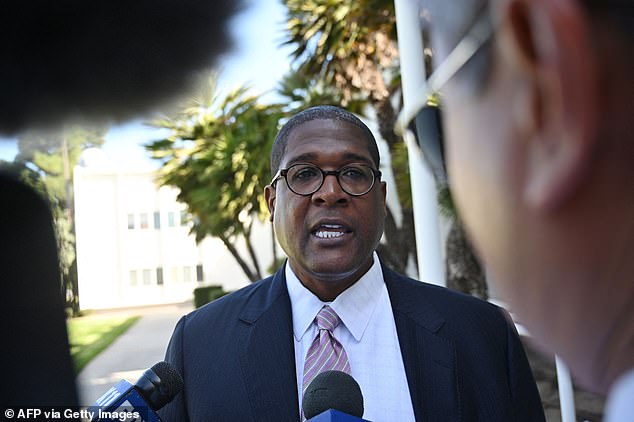 Andrew Wyatt, spokesman for Bill Cosby, arrives outside the courthouse for the start of the civil trial by Judy Huth against actor Bill Cosby, on June 1, 2022 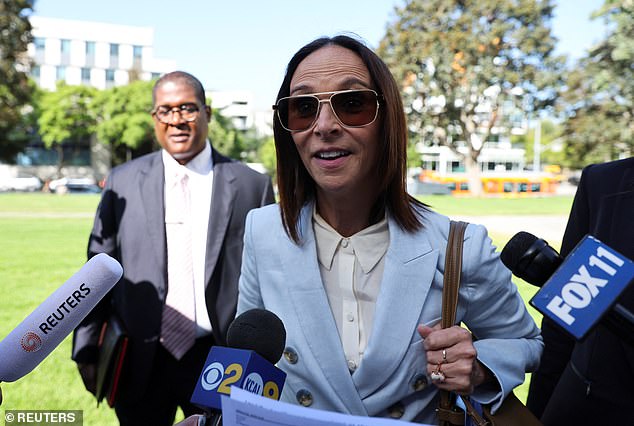 Cosby’s lawyers denied any assault, and questioned Huth’s description of events after the accuser changed her account of the date it took place, from 1974 to 1975. ‘It’s not just a little mistake,’ attorney Jennifer Bonjean (pictured) said. ‘It’s evidence of a fabrication’

Huth’s lawyer Goldberg said two other women allegedly assaulted in 1975 by Cosby will testify at the trial, and pointed out similarities in how Cosby had used his celebrity status to meet the then-teenagers.

‘He meets them under circumstances that don’t seem threatening… He takes them to places they’d not feel threatened,’ said Goldberg.

‘In each case his intention is to have unconsented-to sex.

‘He’s a planner… Why is he hanging around with these young kids?’

Cosby was once a towering figure in late-20th century American popular culture, and hit the big time as affable obstetrician and father Cliff Huxtable on ‘The Cosby Show,’ which ran from 1984-92.

But around 60 women, many of them onetime aspiring actresses and models, have publicly branded Cosby as a calculating, serial predator who plied victims with sedatives and alcohol to bed them over four decades.

The trial is expected to last around two weeks.