Drivers around the nation are beginning to shift their driving habits in response to soaring gas prices as the White House attempts to present the pain at the pump in a full context.

As of March 19, the national average gas price was $4.26 a gallon. And while that has come down a few pennies from a week ago, U.S. drivers are "without a doubt" making lifestyle changes to adapt to higher fuel costs, Robert Sinclair Jr., the AAA Northeast Public Affairs Senior Manager, told Yahoo Finance Live (video above).

According to a recent AAA survey, 59% of Americans surveyed said they change their driving habits once gas prices cross $4 per gallon. Should the national average rise beyond $5 a gallon — which is already the case in some states — three in four respondents said they would need to make adjustments.

"We're seeing that consumers are having real sticker shock," Vectis Energy Partners Principal Tamar Essner recently said on Yahoo Finance Live. "And the question is: Does the sticker shock translate into actual demand destruction? And we think in certain parts of the economy that's already happening. In certain parts of the world, that already is."

Lipow Oil Associates President Andrew Lipow told Yahoo Finance Live that "gasoline prices have to rise to about $4.75 to $5.00 a gallon in order to get a significant amount of demand destruction."

In terms of whether Americans can handle relatively higher gas prices for a while, Essner added: "Relative to the 1970s, the consumer overall is in a much better space today."

Lipow echoed that view, noting that the U.S. is "not in a financial crisis. Housing prices are robust. The stock market has been moving up. So the consumer, for the most part, has extra money to spend on gasoline. But they don't like to spend more."

When it comes to changing driving habits, there were some key differences among age groups, the AAA survey found.

Although carpooling may seem like a smart way to reduce the number of trips to the gas station, Sinclair suggested that it's not so straightforward.

"When you think about it, when I think about it, adding extra people into your vehicle adds weight and will actually reduce your fuel economy," Sinclair said. "So if you're the passenger in carpooling, you're doing great. If you're the driver, you might not be doing so well." 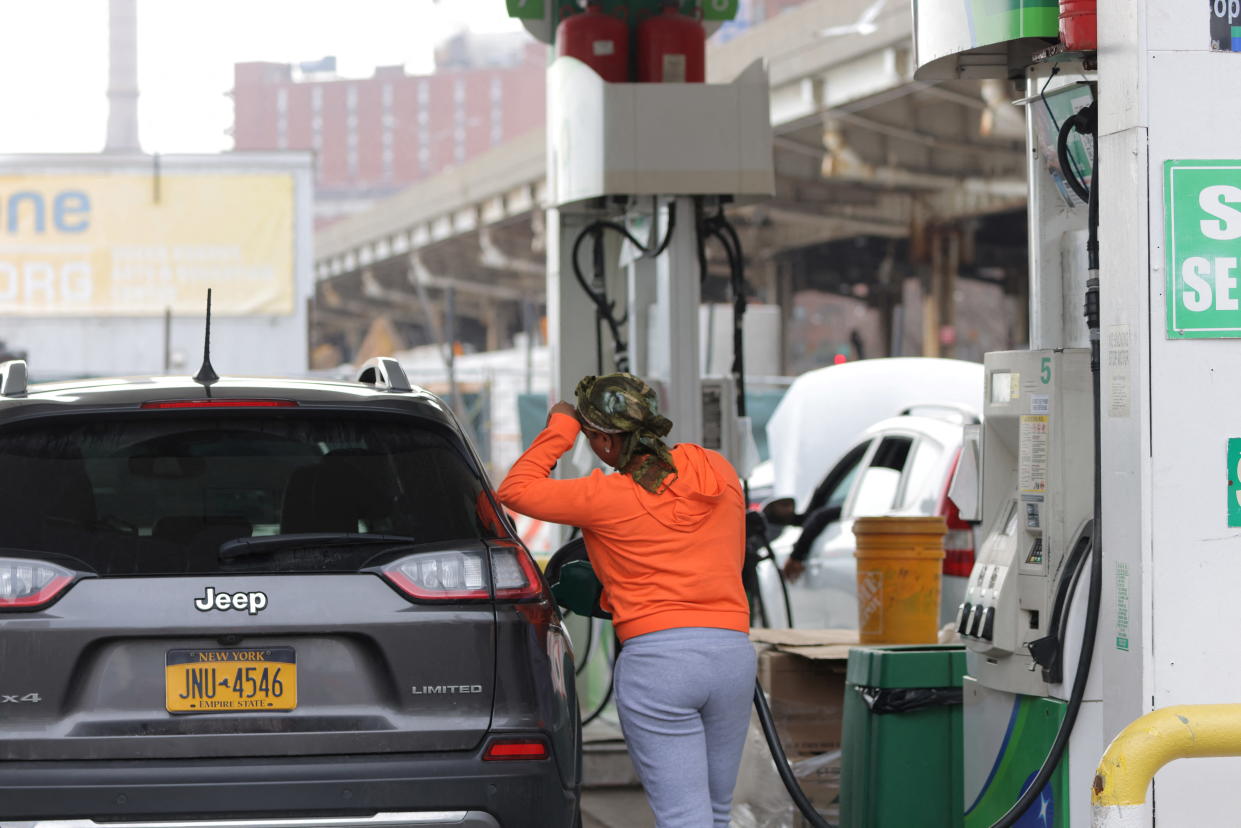 There are many factors contributing to spiking gas prices, which has partly been triggered by a rise in crude oil prices following Russia's invasion of Ukraine. A week after the invasion began, U.S. gas prices surged at a pace not seen since the aftermath of Hurricane Katrina in 2005.

"Oil prices are decreasing, gas prices should too," Biden tweeted. "Last time oil was $96 a barrel, gas was $3.62 a gallon. Now it's $4.31. Oil and gas companies shouldn't pad their profits at the expense of hardworking Americans."

Oil prices are decreasing, gas prices should too.

Oil and gas companies shouldn’t pad their profits at the expense of hardworking Americans. pic.twitter.com/uLNGleWBly

Noting that gas prices "go up like a rocket and go down like a feather," Sinclair said that while recent hikes in the cost of gas may have peaked, U.S. consumers shouldn't expect much relief going into the summer travel season.

"As the weather gets better, people want to get out and get rid of the COVID doldrums and take a trip somewhere," he explained. "And 85% to 95% of summer holiday trips and summer vacation trips are taken by motor vehicles. So demand goes up. And with it, price."