Geronimo did NOT have TB, his owner claims: Devastated alpaca vet says she has seen Defra post mortem which ‘reveals his body had zero trace of Bovine Tuberculosis’ after high-profile execution

Geronimo the alpaca didn’t have signs of bovine tuberculosis according to the initial findings of the post-mortem examination, the culled animal’s supporters said today.

His owner Helen Macdonald requested a copy of the post-mortem after Geronimo was removed from her farm in Gloucestershire and killed by Government officials.

Lawyers for the veterinary nurse said she had received a letter from the Government Legal Department containing the preliminary findings of the examination. These findings were then reviewed by veterinary surgeons supporting Ms Macdonald.

Today, protesters including Ms MacDonald gathered outside the Department for Environment, Food and Rural Affairs building in London, chanting: ‘Shame on Defra’.

Surrounded by her supporters this afternoon amid a vocal demonstration, Ms Macdonald called on Environment Secretary George Eustice to resign.

She said: ‘We urge the Government to act with compassion and cooperation, which to date has been severely lacking, creating deep and unnecessary distress to Geronimo. We call on the secretary of state to tender his resignation immediately.’ 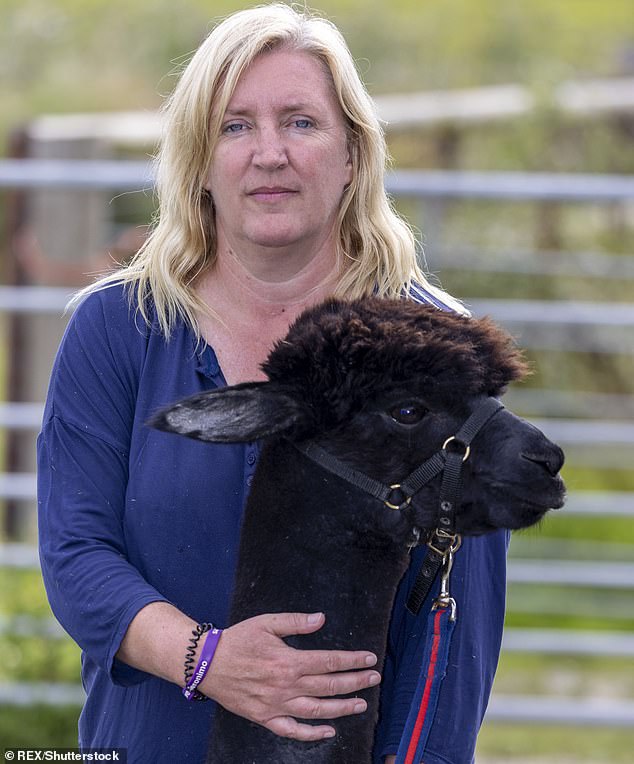 Helen Macdonald and Geronimo the alpaca at her farm near Wickwar, South Gloucestershire 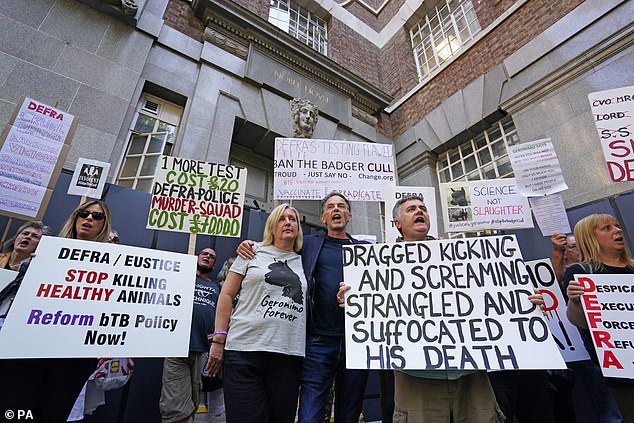 Helen Macdonald (centre), owner of Geronimo the alpaca, and other protesters outside the offices of Department for Environment, Food and Rural Affairs in London this afternoon

In a statement, the lawyers said: ‘As reviewed by Dr Iain McGill and Dr Bob Broadbent, the preliminary gross post-mortem findings are negative for visible lesions typical of Bovine Tuberculosis.

‘For clarity there are no white or cream caseous, enlarged abscesses typical for bTB in alpacas whether in the lungs, bronchial, mediastinal or retropharyngeal lymph nodes.

‘Ms Macdonald has formally requested the full findings of the post-mortem report ‘Form TB50’, together with all relevant documents and the results of further tests on tissue samples, blood, serum or plasma taken or obtained from Geronimo, along with any further test results including Enferplex, Idexx, Actiphage and any other PCR or interferon gamma tests performed by Defra, along with the results of histopathogical examination.

‘She has further requested that both fresh, frozen and formalin fixed tissue and fluid samples be preserved and provided to an independent expert to carry out further tests.’ 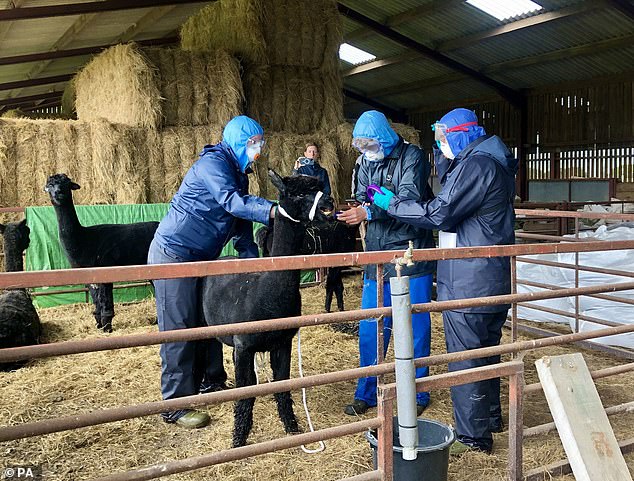 Three people, who arrived with a police escort, surround Geronimo the Alpaca at Shepherds Close Farm in Gloucestershire before the animal was taken away on a trailer on August 31 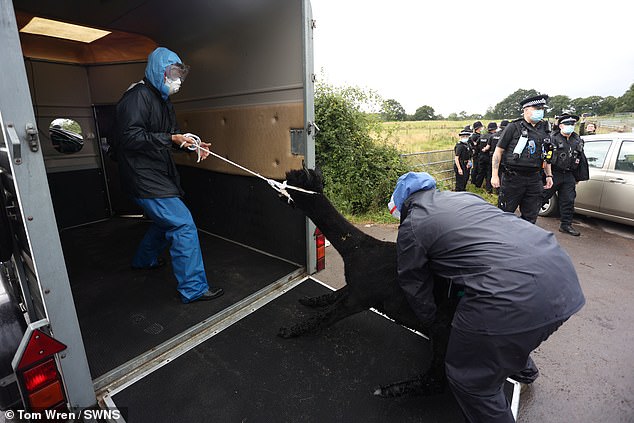 Yesterday, Ms Macdonald accused the Government of ‘hiding the truth’ over the killing of the animal just over a week ago.

She said she had been denied knowledge of when, where and how Geronimo died – and had been refused an independent post-mortem examination.

The alpaca was euthanised after police officers and staff from Defra arrived at Ms Macdonald’s farm near Wickwar, South Gloucestershire, on August 31.

Less than 90 minutes after leaving the property, Defra confirmed the animal – who had twice tested positive for bovine tuberculosis – had been euthanised by staff from the Animal and Plant Health Agency (Apha). 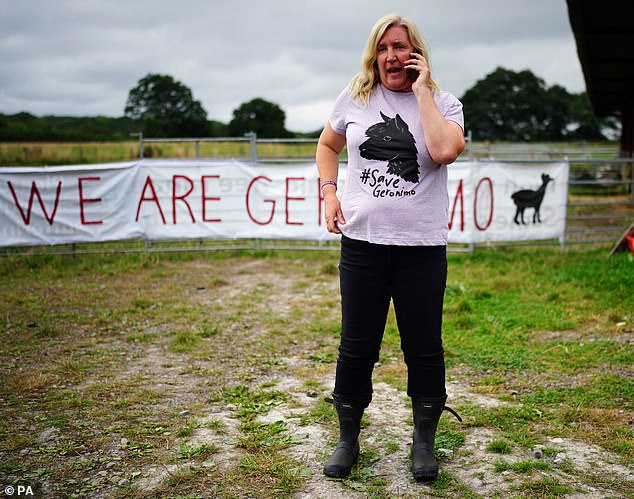 Ms Macdonald was campaigning for the destruction to be halted after insisting the bovine tuberculosis tests previously carried out returned false positives.

She had wanted him to be tested for a third time or allowed to live to aid research into the disease.

The veterinary nurse argued the Enferplex test was fundamentally flawed and said Geronimo tested positive because he had repeatedly been primed with tuberculin – a purified protein derivative of bovine TB bacteria.

More than 27,000 cattle were slaughtered last year to curb the spread of the infectious disease, Defra said.

‘A number of TB-like lesions were found and in line with standard practice these are now undergoing further investigation.

‘These tests include the developing of bacteriological cultures from tissue samples which usually takes several months – we would expect to complete the full post-mortem and culture process by the end of the year.’