Singapore: The American lawyer for Hambali, the militant once called the “Bin Laden of South-East Asia” by the CIA, wants to see Australian Federal Police files on the suspected Bali bombing plotter ahead of his long-awaited military trial.

Indonesian-born Hambali, whose real name is Encep Nurjaman, has been held by the United States, at CIA black sites and then its military detention centre at Guantanamo Bay, for almost 20 years, after being captured in Thailand in 2003. 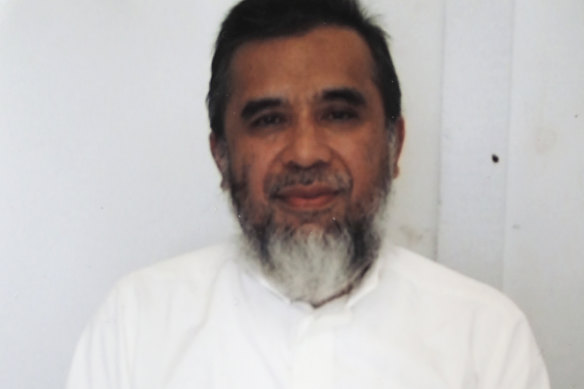 Encep Nurjaman, also known as Hambali, is shown in this undated photo provided by the Federal Public Defenders Office, at the US base in Guantanamo Bay, Cuba.Credit:AP

In 2017, he was eventually charged with terrorism, murder and other offences over the planning and financing of the 2002 Bali terrorist attack, which killed 202 people including 88 Australians, and the 2003 bombing of the JW Marriott hotel in Jakarta that left 12 dead.

Now, as Hambali’s case finally reaches the pre-trial stage this month in a Guantanamo Bay courtroom built specifically for prisoners accused of connections to terrorism, his US lawyer has cast an eye towards Australia.

Attorney James Hodes said he had been denied access to evidence that prosecutors say they have against Hambali for secrecy reasons and as a result would like to view AFP documents from its joint investigation with Indonesian authorities in the aftermath of the bombings in Kuta 20 years ago.

“The Australian Federal Police were actively involved in the investigation, and the defence for Hambali is very interested in seeing those reports,” Hodes said. 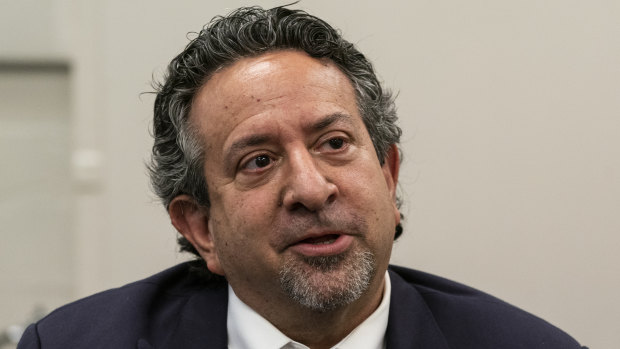 US attorney James Hodes has been representing Hambali since October 2019.Credit:AP

Hambali, 58, was the alleged operational commander of Jemaah Islamiyah, the South-East Asian terrorist network responsible for the Bali attack and a series of other bombings, and regarded by US intelligence agencies as the link man between it and Bin Laden’s al-Qaeda.

Then-US president George W. Bush said, after he was caught, that Hambali was “one of the world’s most lethal terrorists” and had also been part of a plot for suicide bombers to hijack and fly a plane into Los Angeles’ tallest skyscraper in 2002.

But Hodes said the titles attributed to Hambali were grossly inflated and he had seen nothing that proved the charges against him.

“In my mind, the evidence does not prove any involvement in the Bali bombing, or the JW Marriott bombing for that matter,” he said.

He said prosecutors would have to eventually show him their evidence before a trial but, after almost two decades, expectations are low.

If the case does make it to trial, Hodes believes Hambali has no prospect of a fair hearing, having been detained without charge and legal representation for most of his 19 years in custody, and because of restrictions on documentation the lawyer can view and on what he and the defendant can even talk about.

“Fair trial? No chance,” Hodes said. “The government has supposedly been putting their case together for 20 years. Plus they have access to all these secret materials that we don’t have access to.

“They’ve limited our ability to talk about the case with him. If they deem it classified or secret we can’t discuss it with him and almost everything has been classified or deemed to be secret.”

Hambali’s case was also clouded by the CIA’s use of its so-called enhanced interrogation techniques on him, he said. A 2014 US Senate report on the agency’s detention program revealed Hambali was shackled naked and subjected to sleep deprivation, forced stress positions and long periods of solitary confinement. 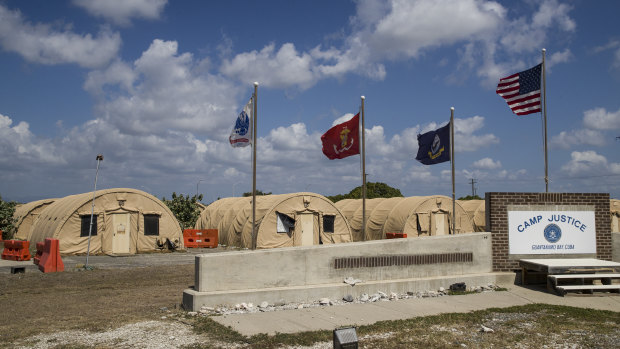 Hodes said the central function of the court at Guantanamo Bay was to “lessen the shame and embarrassment of the American government for participating in torturing human beings”.

“That’s the ultimate objective: ‘We’re not going to tell you everything we did,’ ” he said. “All under this rubric of national security interests, which is just garbage.”

The Sydney Morning Herald and The Age sent questions to the US Office of Military Commissions last week but a spokesman said prosecutors were unable to reply by the time of publication.

An AFP spokesperson said it was “aware of the proceedings” but declined to comment because they were taking place before court in a foreign jurisdiction.

Australian documents could be released under a mutual assistance request, if approved by the Attorney-General’s Department and the AFP.

But former federal police commissioner Mick Keelty, who led the AFP from 2001 to 2009, said the most valuable evidentiary material on Hambali was likely elsewhere.

“I suspect that the most information of value will be held by the Indonesian, Malaysian and Singapore agencies,” he said.

Whether the files would help or hinder Hambali’s cause is unknown.

He was implicated in the Jakarta Marriott bombing of 2003 by Majid Khan, an al-Qaeda courier, who admitted in a 2012 plea deal to sending $US50,000 to Hambali to finance the operation.

Emergency service workers outside the JW Marriott in Jakarta after the 2003 bombing.Credit:AP

Khan was also tortured by the CIA but terrorism expert Greg Barton said it was “hard to imagine a scenario where everything we thought we knew about [Hambali] is proven wrong”.

“The evidence that Hambali was deeply involved and played a key role [in the Bali bombings] was, I would have thought, substantial even though admittedly, we haven’t seen documents,” said Barton, professor of global Islamic politics at Deakin University.

“The fact that he’s been badly treated, that there has not been timely justice, is no good for anyone. No doubt he’s had some injustices against him but it doesn’t mean there was never any case against him.

“Based on everything we know, he was the most senior JI person in contact with al-Qaeda and well trusted in al-Qaeda.”

One of only three dozen remaining prisoners at Guantanamo Bay, which has held about 800 inmates since opening in 2002, Hambali is permitted to speak to members of his family in Indonesia by Skype once every three months.

His brother Kankan Abdul Qadir said the conversations were facilitated by the International Committee of the Red Cross and relatives took turns to travel to its office in Jakarta for the video chats.

“We are only allowed to talk about family, health, about our livelihood in Cianjur [West Java], no topics of politics,” he said.

“Until now, we still don’t know for sure whether or not he’s involved. We wanted to ask about it through Skype but the regulations did not permit us to do it. We only know through the news.”

The pre-trial hearing for Hambali and Malaysians Mohammed Nazir Bin Lep and Mohammed Farik Bin Amin, who have been charged in conjunction with him, is set down for five days from October 31 to November 4.