A drunken primary school head teacher who dodged jail after being arrested three times for drink driving has been banned from the classroom.

Sally Stafford, 46, tried desperately to cover up her shocking criminal record but was caught out when the former Chair of the Governors googled her convictions.

In one case, Stafford was almost three times the legal limit when she nearly crashed head on into an oncoming bus and narrowly missed a pedestrian in Belper on May 8, 2019.

Magistrates described the case as ‘dreadful driving, involved nearly crashing into a bus head on and narrowly missing a pedestrian while nearly three times the drink-drive limit’.

At one stage, she was fired from her top job at Dalestorth Primary School in the market town of Sutton-in-Ashfield, Nottinghamshire.

When she successfully applied for reinstatement, the Chair of the Governors, identified only as Witness A, was so disgusted that they resigned as Chair, but remained a governor. 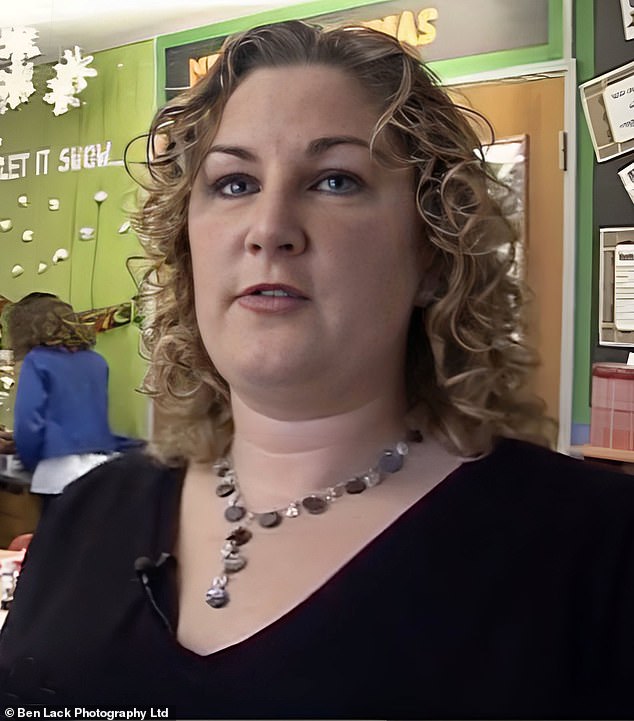 Later Witness A got wind of the fact Stafford had been convicted of drink driving, which the school was not aware of – and was stunned when she did internet research on the head.

It revealed Stafford was arrested for drink driving in May 2019 and convicted in March 2020.

She arrested again for the same offence in August 2019, and convicted in November 2019when she was given a six month ban, a £969 fine and ordered to pay £300 costs.

Two weeks before Christmas in December 2019, Stafford, Rainworth, near Mansfield, was arrested for drink driving and driving whilst disqualified.

One 13 December 2019 she was given an 8-week jail sentence, suspended for 12 months, and a probation order, which included an alcohol treatment order. 7.

Teaching watchdogs were told she failed to report arrests or convictions she was still employed by the school.

Chris Ruston, who chaired the Teacher Regulation Agency hearing on November 4, said: ‘Ms Stafford’s actions were not a one-off lapse of judgment but involved repeated incidents.

‘Ms Stafford was in a senior position at the school and on account of her actions was not able to discharge her duties safely.

‘The panel also considered Ms Stafford’s repeated and escalating driving offences demonstrated a wilful disregard for the law that was compounded by her decision to conceal this information from the school.

‘The panel noted that Ms Stafford’s behaviour led to a sentence of imprisonment, (albeit that it was suspended), which was indicative of the seriousness of the offences committed.’ 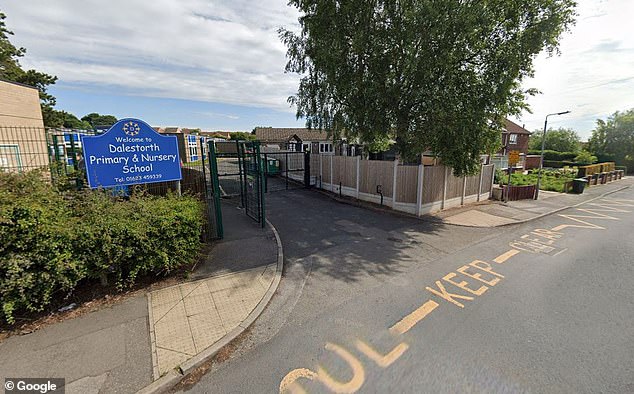 Ms Stafford was once fired from her top job at Dalestorth Primary School (pictured) in the market town of Sutton-in-Ashfield, Nottinghamshire. But when she got her job back the Chair of the Governors resigned in disgust

The panel heard Ms Stafford had been head since September 2014. On 5 April 2019, she admitted to Witness A she had been drinking in her office the evening before the school Easter Disco.

She joined in the disco after consuming two glasses of wine and admitted to driving home afterwards.

Concerns about her drinking continued over the next couple of months and she was fired in November 2019 but re-instated on appeal in February 2020.

Mr Ruston said: ‘Witness A resigned the Chair because of this decision; however she remained a governor. She also raised her concerns with the safeguarding officers.

‘In discussions with them, Witness A was told that Ms Stafford had a recent conviction for drink driving.

‘Witness A was not aware of this conviction and on looking on the internet found there were further convictions, which Ms Stafford had not declared to the school.’

In May 2019, Witness A described Ms Stafford as smelling strongly of alcohol and trying to cover her mouth when speaking and having pinpoint eye pupils.

When challenged about her consumption of alcohol, Ms Stafford claimed she had consumed a glass of wine that morning, but nothing more.

Prior to leaving the School on that day, Witness A described Ms Stafford as bumping into the walls of the staff room and being unsteady on her feet as she walked

On a date later in May, when Witness A had warned Ms Stafford, not to drive home, the head claimed to have called a cab.

Having later been informed that the head’s car was no longer in the staff car park, Witness A was told that she had been seen driving off on the school CCTV.

The same month she claimed she had been visiting another school, when in fact she had been at home consuming alcohol, the panel was told.

Ms Stafford told the hearing ‘Self-blame, guilt, embarrassment, shame are all present in me.’

Banning her from the profession for at least two years, Alan Meyrick, for the Education Secretary, ruled: ‘In the light of the panel’s findings against Ms Stafford, which involved repeated serious criminal offending, dishonesty and acting with a lack of integrity, there was a strong public interest consideration in respect of the protection of pupils and others, given Ms Stafford was found to have been at school inebriated.

‘Similarly, the panel considered that public confidence in the profession could be seriously weakened if conduct such as that found against Ms Stafford were not treated with the utmost seriousness when regulating the conduct of the profession.’