Homeless man, 59, is jailed for life after confessing to brutal 1983 murder because he didn’t want to end his days living on the streets 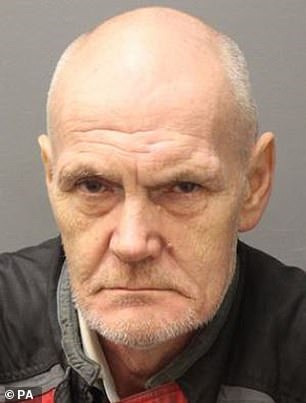 Anthony Kemp (pictured), 59, told police he wanted the Government to ‘f*****g look after me’ rather than ‘sleep on the f*****g streets’ when he admitted beating Irishman Christopher Ainscough, 50, to death with an ashtray in London in 1983

A homeless man has been jailed for life after confessing to the brutal murder of a waiter 38 years ago – all so he could spend the last of his days in a jail cell instead of on the streets.

Anthony Kemp, 59, drunkenly told police he wanted the Government to ‘f*****g look after me’ rather than ‘sleep on the f*****g streets’ when he admitted beating Christopher Ainscough, 50, to death with an ashtray.

He later tried to retract his confession but DNA evidence from a cigarette at the crime scene was found to be a billion times more likely to have come from Kemp than an unrelated person.

The much-loved Irishman, described as ‘generous’ and ‘caring’ by friends, had invited Kemp – who was aged just 21 at the time – to his flat for drinks.

Mr Ainscough, from Dublin, was gay and regularly invited men to his apartment, but Kemp denied that had anything to do with the killing, citing only an ‘argument’ as the cause.

After he bashed his victim’s head in with the marble ashtray, Kemp wiped down the murder weapon and door handle, erasing any trace of fingerprints.

He left Mr Ainscough lying on the floor in front of his sofa.

Kemp would never have been caught if he had not thrown stones at a police station window and begged officers to listen to his confession last year.

‘I’d rather the government f*****g look after me… I’d rather do the last few years of my life in bang-up than sleep on the f*****g streets’.

Kemp said he knew he had killed Mr Ainscough because he had ‘croaked that death rattle’, the court heard.

He told police that Mr Ainscough’s brains were ‘up the f*****g wall.’

Police discovered Mr Ainscough’s blood-covered body in his sitting room after friends reported that he had failed to appear for work at the stockbrokers’ firm Grieveson Grant and Co in central London.

Mr Ainscough regularly had sex with men in his apartment but he always respected their wishes if they refused to be intimate with him, the court heard.

Kemp told police he did not remember what Mr Ainscough had done to anger him, and denied the ‘charming’ Irishman had made an advance towards him.

Jailing Kemp for life and ordering he serve at least 15-and-a-half years before he can be considered for parole, Judge Mark Dennis said at the Old Bailey Thursday: ‘This was a wholly unjustified and brutal killing which led to the death of a harmless and good-natured man who meant you no harm. 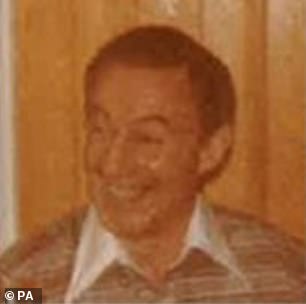 Mr Ainscough (pictured), from Dublin, was gay and regularly invited men to his apartment, but Kemp denied that had anything to do with the killing, citing only an ‘argument’ as the cause

‘There can be no doubt that such a dreadful act of violence should have been on your conscience every day since you committed this crime.’

Earlier prosecutor Gareth Patterson said: ‘It is notable that several witnesses revealed to the police that they had warned Mr Ainscough about the risks to his personal safety from inviting to his flat men that he had just met.

‘With hindsight, those warnings were prophetic, as this defendant says he was invited to the flat having just met the victim in a way similar to that described by several witnesses.’

Kemp initially confessed to the murder to two police officers after drunkenly throwing stones at Chiswick Police Station at 4.20am on July 28 last year.

Mr Patterson told the court: ‘He said he wanted to admit to something that he did 40 years ago in Cricklewood.

‘He said it was “over an argument, and things”.

‘Later he added: “It was just an argument and stuff and things got out of hand. I done his, I bashed his brains in.”

‘He said the victim was a stranger, he didn’t know his name, and that it had happened in a block of flats. He later said he believed the victim had been “a waiter or something”.

‘He said the victim was found dead in his flat. He said “his brains had been f*****g bashed in, his brains were up the f*****g wall’. He said he used a piece of marble to hit him.

‘He later confirmed that the murder had occurred in the early 80s and that he had “never been caught for it, obviously”.’

He later retracted this confession and said the murderer was actually a man named Terrence Casey who killed himself in 1989.

On Casey, Mr Patterson added: ‘The police found no evidence that he murdered Chris Ainscough and enquiries suggest he wasn’t even present in England in 1983, but was living in Ireland at the time of the murder. 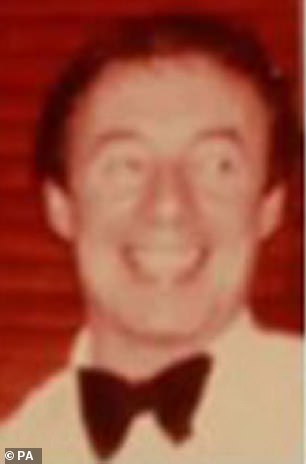 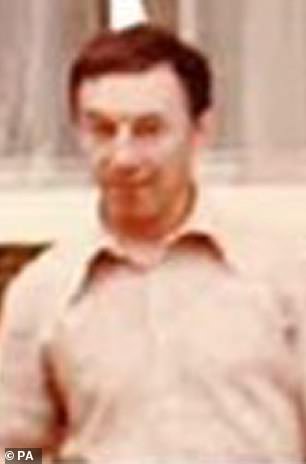 ‘When considering who to name as the real killer he deliberately chose a dead man, who of course could not dispute what the defendant was saying about him.

‘By his guilty plea the defendant now accepts that what he said about Mr Casey being the killer was of course nonsense.

‘He didn’t have to cause distress to the family of a dead man by accusing him of murder.

‘Not only has he caused 36 years of delay and delayed justice, but allowed himself to be at large and pose a risk to the public.’

Kemp committed a violent burglary at a Maida Vale flat with Casey in 1988, in which they broke into the address and beat a man with bottles.

A close friend of Mr Ainscough said in a statement: ‘He was kind, generous, caring, and a family man.

‘He was charming and had the extraordinary ability to get on with anyone and everyone.

‘He absolutely was part of the family.

‘Losing him in the way that we did was something I struggled to come to terms with for many years.

‘They took a very special person from us and went on living their life as if he didn’t matter at all.

‘He had the life that Chris couldn’t.

‘I don’t understand why he did what he did, I’m sure if I had answers, they would never be sufficient to explain what he has done.’

Karim Khalil, for Kemp, said: ‘Since he was in the system, and received advice, everyone done thereafter is to accept responsibility for the killing.

‘He was approached by someone he didn’t know, and invited on false pretences to go to his flat.

‘There would have been no violence, but unfortunately, tragedy struck.’

Kemp only spoke to identify himself, appearing at the Old Bailey dressed in a grey sweatshirt.

He leaned back in his chair and closed his eyes as the details of the gruesome murder were revealed to the court.