THIS is the moment a woman appears to spot the reflection of an eerie figure in her TV screen.

In the chilling footage, the woman, Esmerelda, can be seen relaxing on her sofa, alone, but as she pans the camera to face her television, it appears that she might not be alone. 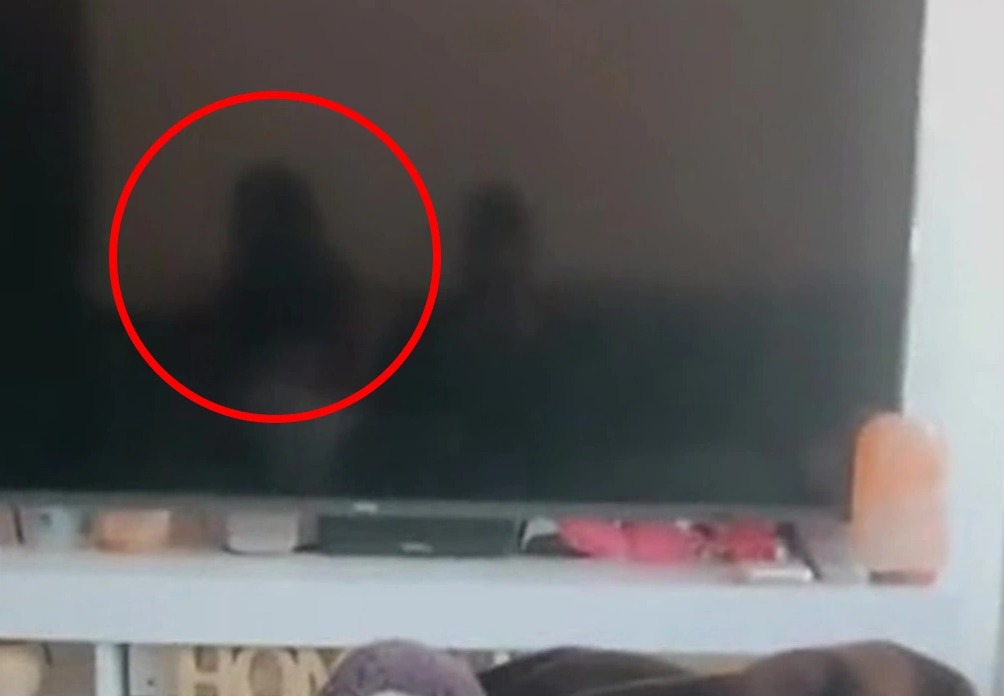 Sharing the footage to TikTok, Esmerelda asked: "Am I tripping?"

Explaining a whirring noise in the background is to do with her pet turtle's enclosure, she pans her phone around the neat, suburban living room.

Esmerelda, who is though to live in California, can be seen alone on her sofa with her legs stretched out in front of her.

She says: "I'm home alone, right? But the reflection shows…"

Esmerelda trails off as the camera zooms in on the TV screen.

A ghostly figure with long, dark, hair that appears to fall over her face looks as though she is sitting next to the woman.

She flicks the camera back to her own shadow, telling viewers: "That's me".

Text on the screen reads: "There's a whole person sitting next to me, wtf." 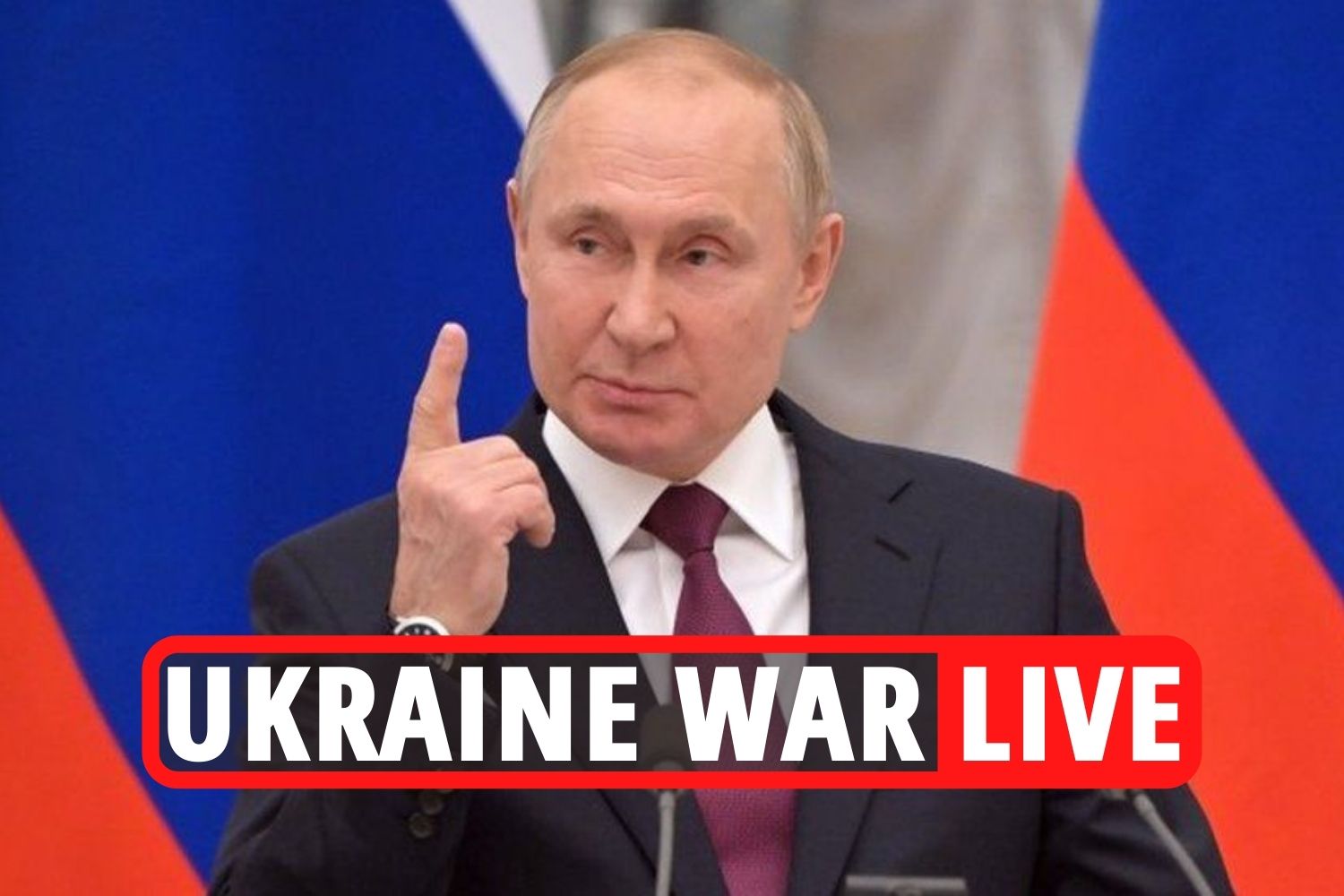 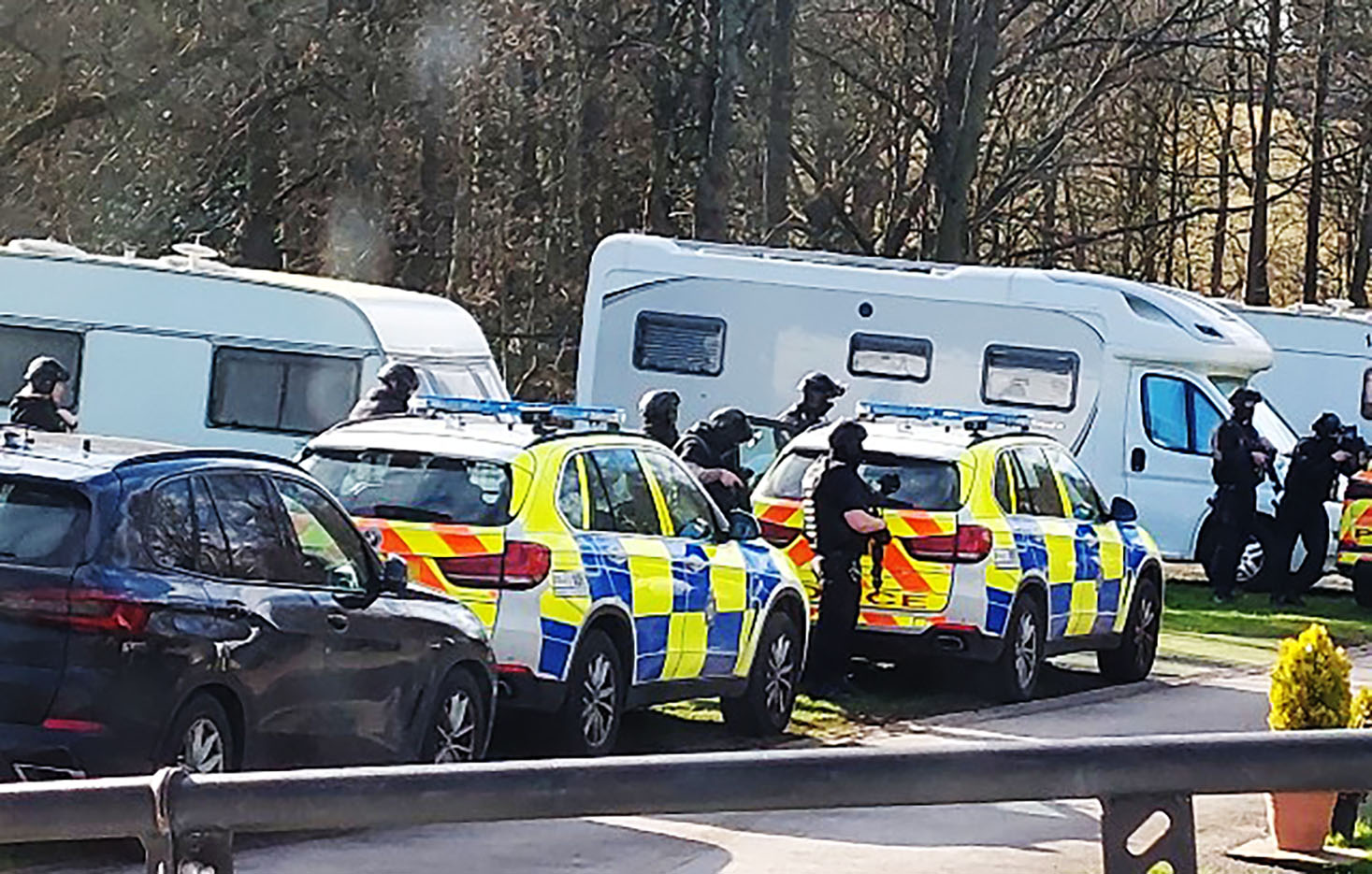 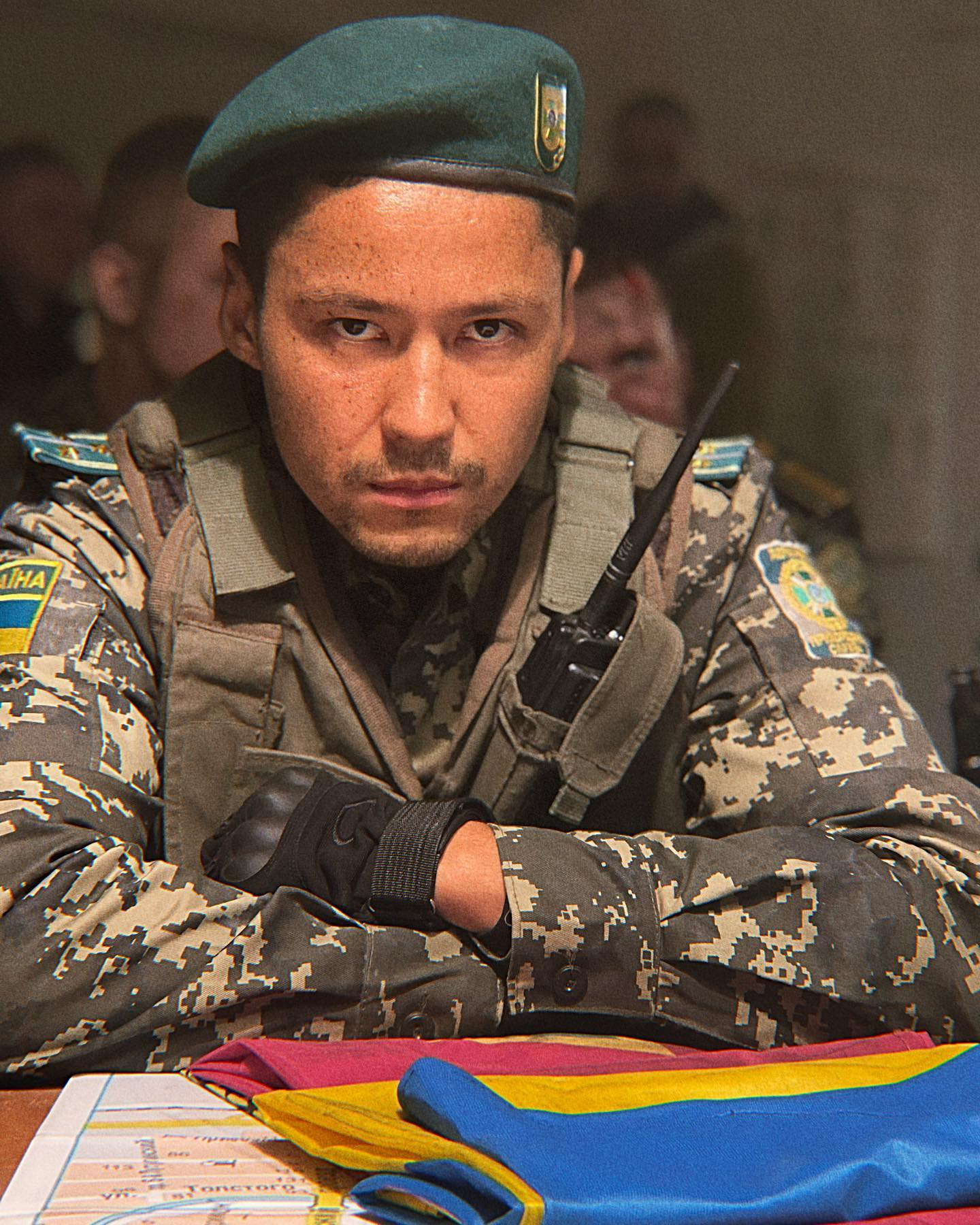 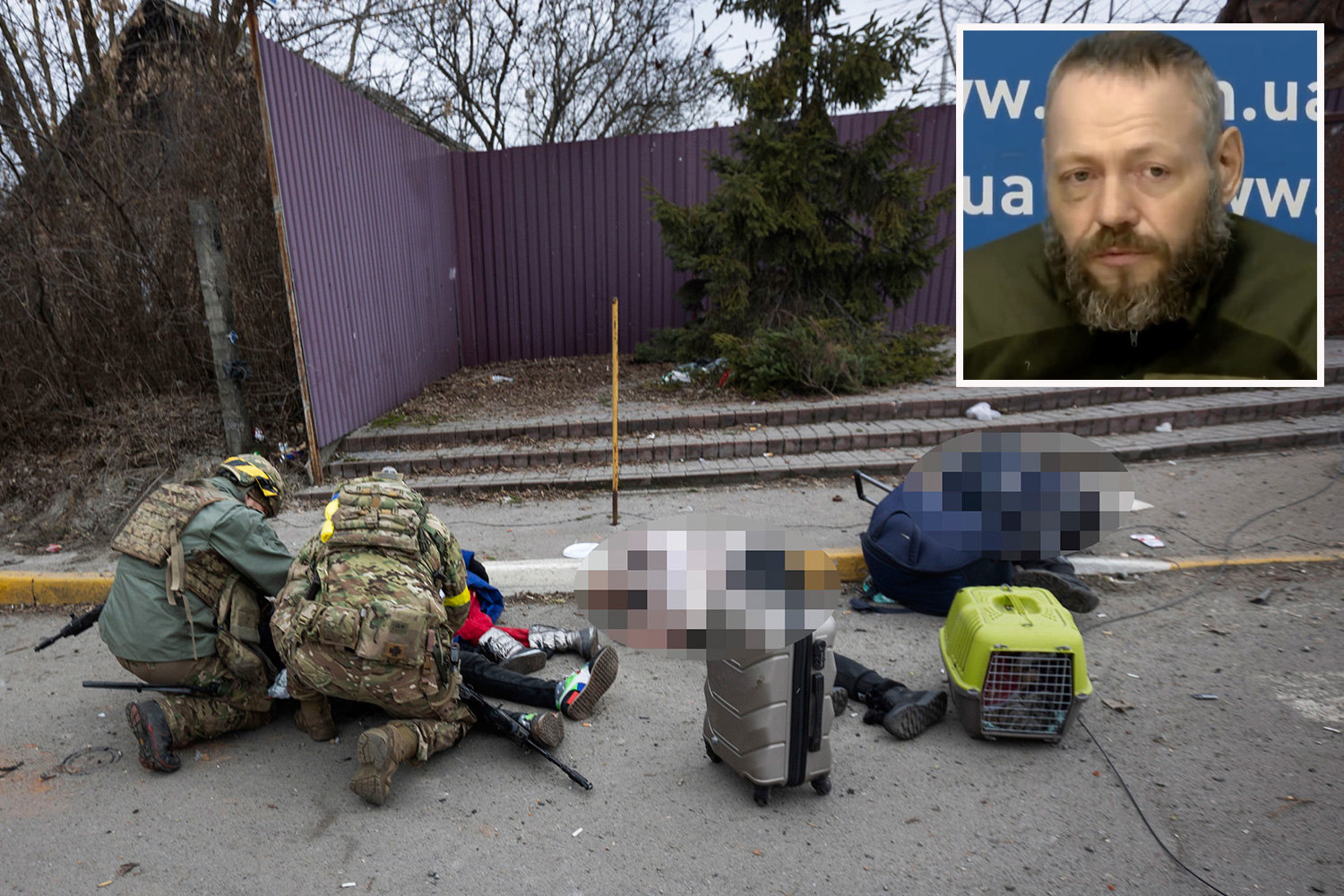 Social media users flocked to comment on the footage, which ahs been viewed more than 12 million times.

Jordan quizzed: "How are you so calm?"

And Jay said: "The ghost was patiently waiting for you to put on Netflix."

But others suggested that all was not what it seemed.

Andy Scott said: "Any normal person would try to put their hand through it. Something is fishy."

In an update, Esmerelda posted another video from the same angle – showing the shadow has mysteriously disappeared. 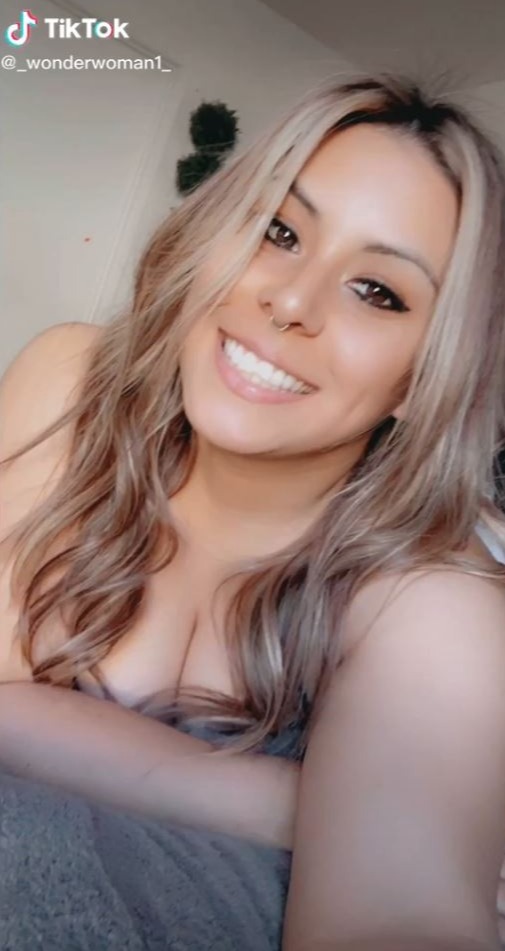 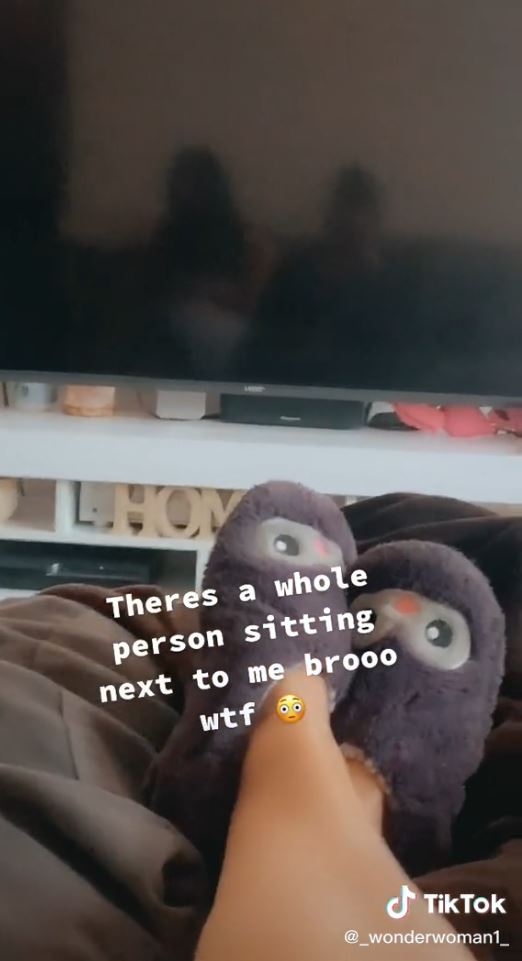