Having met him at school (when Man City was a mere twinkle in his eye) she’s put in about ten years of hard slog at the pit face of potential Wagdom. 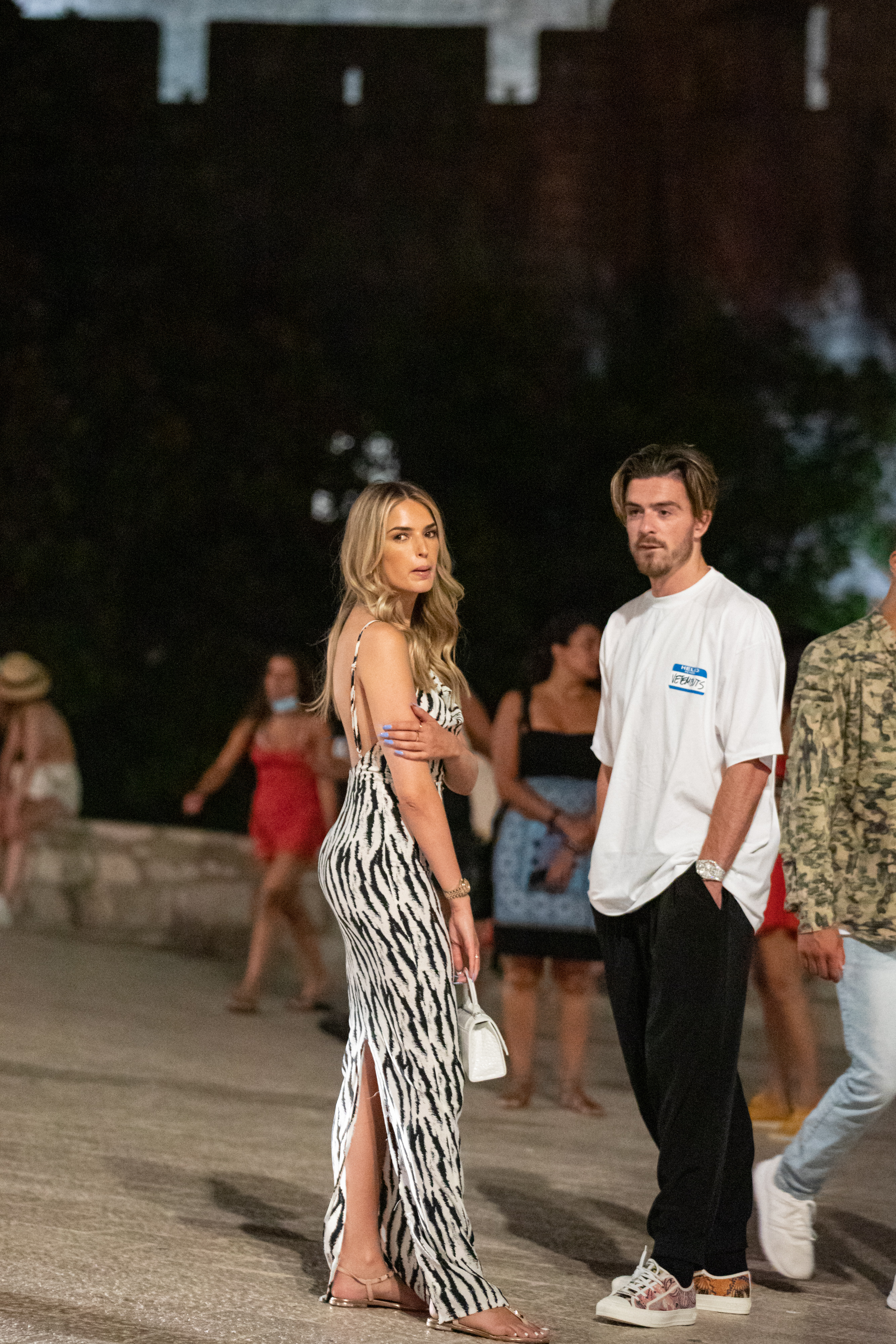 Maybe she doesn’t want to get married, or maybe her engagement ring mood board on Pinterest is now running to several pages.

Who knows? She was spotted wearing a ring on her engagement finger in November, but there’s been no official announcement.

Meanwhile, she’s still having to play Wag whack-a-mole and fend off potential rivals for the, ahem, prize, of being Jack’s one and only.

The latest unsettling story to surface is that 26-year-old Jack partied with Towie’s Chloe Brockett just days after the Euros final.

He was in Mykonos with pals when he “made a beeline” for her at a bar then, after “talking, drinking and enjoying ourselves” he “asked me to come back to his villa”.

He invited her on several occasions too and, in one text, jokingly suggested they “Netflix and chill”.

Most read in Opinion 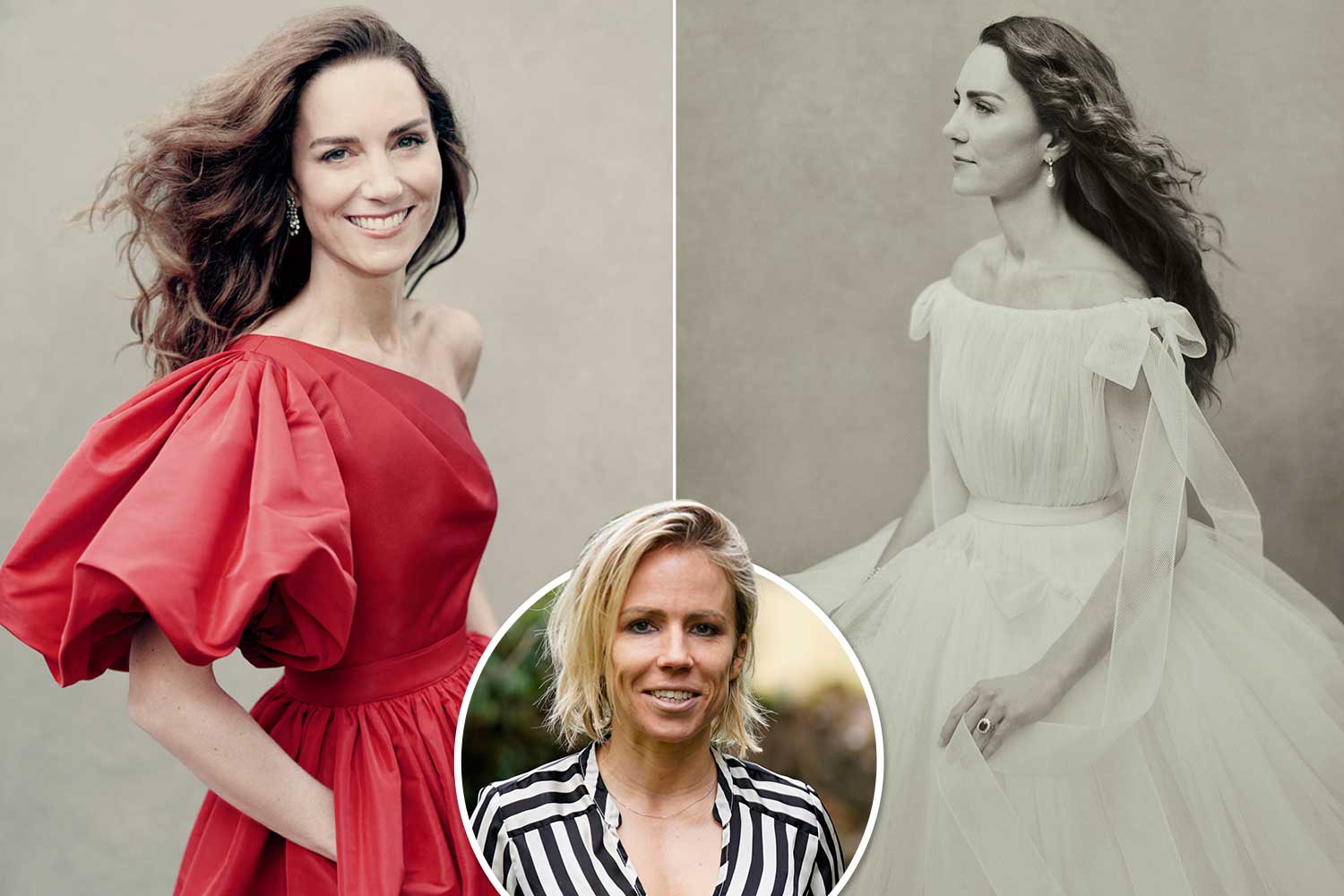 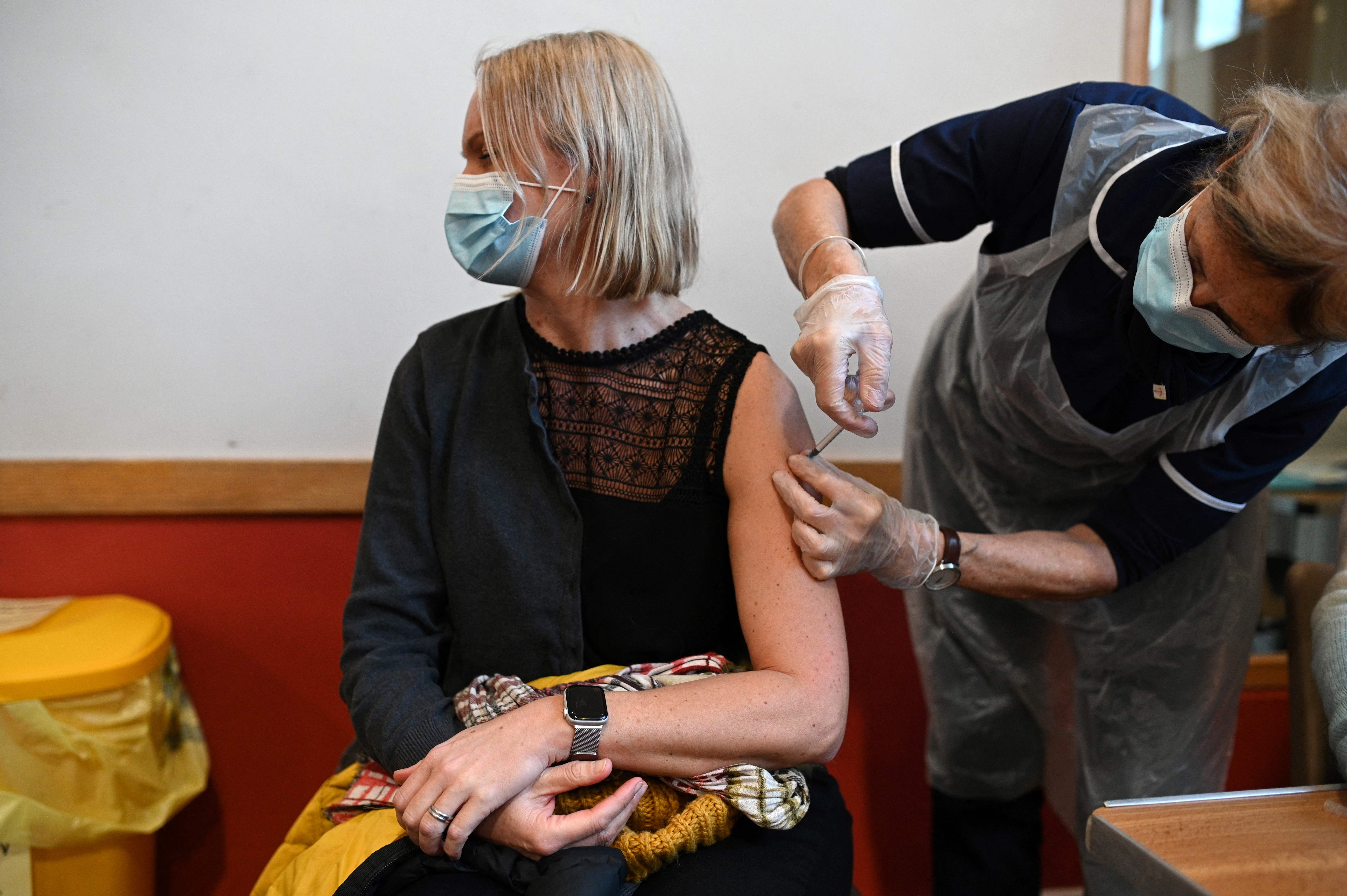 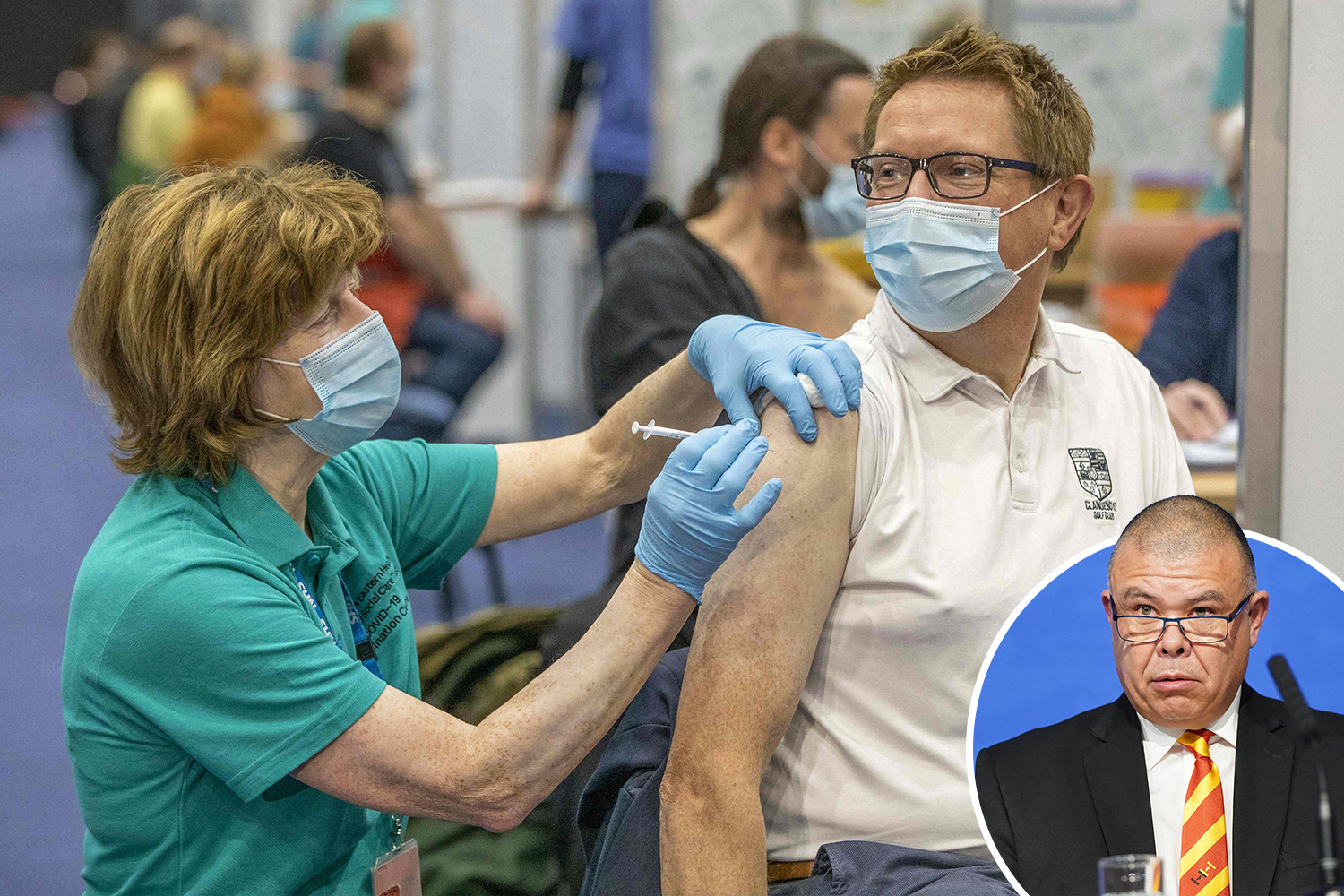 The higher the uptake for jabs, the sooner the pandemic will be over 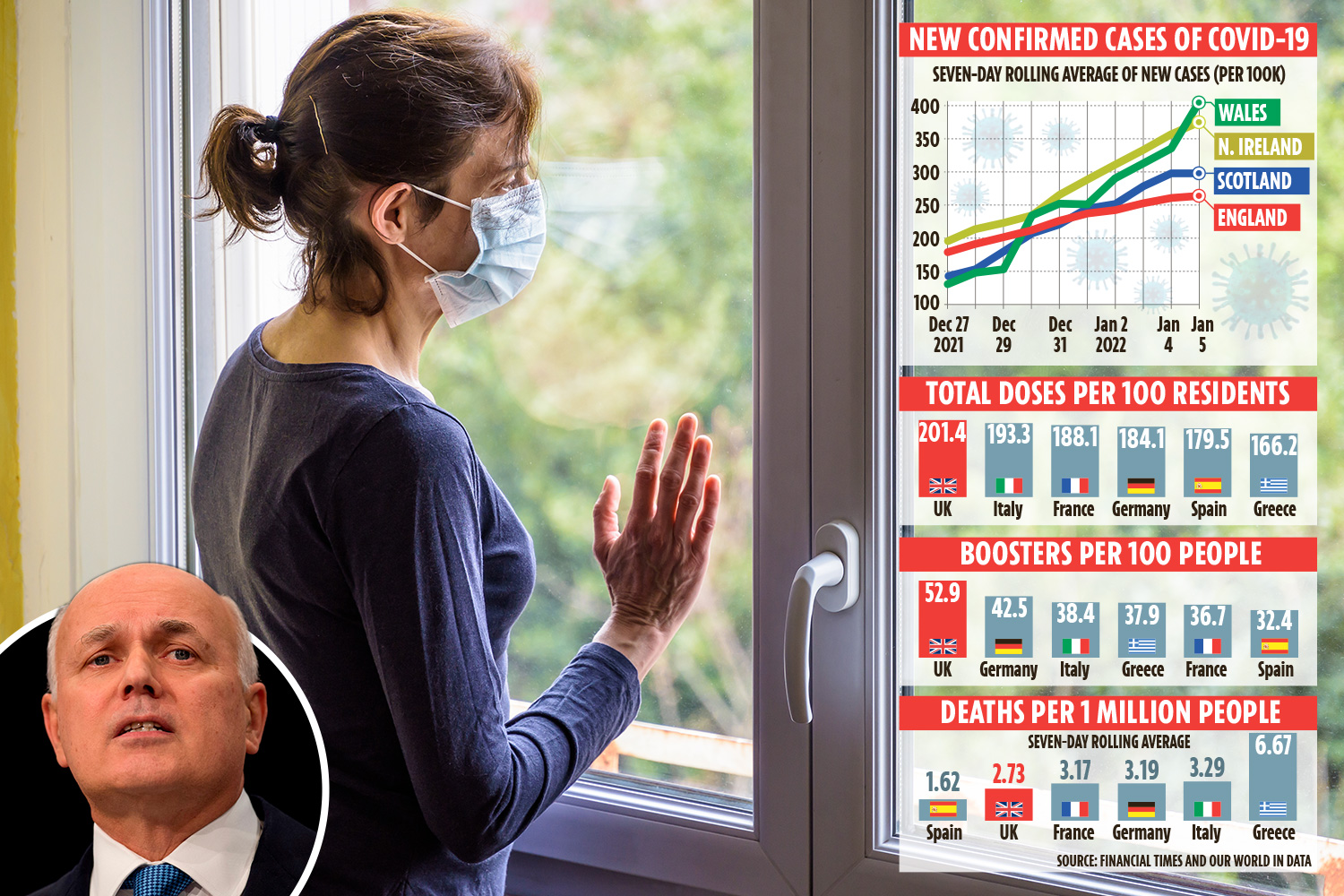 Which, hot on the heels of the claims that he enjoyed “secret dates” with Inbetweeners star Emily Atack must, at the very least, be destabilising for his girlfriend to read.

That’s the problem with dating a Premier League footballer.

From the outside, life as a Wag looks appealing to legions of young women who dream of the privileged lifestyle that comes with it.

But on the inside, as Sasha might testify, you’re constantly dealing with the reality that other women are keen on it too and the temptations come thick and fast.

Jack knows Sasha loves him for who he is, rather than what he does for a living, and that’s a precious commodity in this fame-obsessed world.

But equally, they were just kids when they met and, seeing his single team-mates playing the field on a night out, it must take an iron will for a young man not to have his head turned. Particularly when he has only ever had the same girlfriend.

I HOPE IT WORKS OUT

Last May, Man Utd star Marcus Rashford broke up with his childhood sweetheart Lucia Loi after eight years together.

At the time, I wrote: “She knew him before he became famous, doesn’t buy in to the ‘Wag’ lifestyle and friends say the couple still have ‘strong mutual love and respect for each other’.

“Something tells me that once Marcus has played the field a little and found it heavily populated by empty-headed Wag wannabes whose primary concern is getting the latest designer handbag, he will realise what he’s lost and do everything to try to win her back.”

Yesterday, The Sun reported the couple are now back together.

Equally, Prince William started dating Kate Middleton at university but, in 2007, he broke it off.

Later he told The Sun’s Arthur Edwards it was because he wanted to make absolutely sure she was the right woman, and Kate’s quiet dignity in getting on with her life clearly assured him that she was. 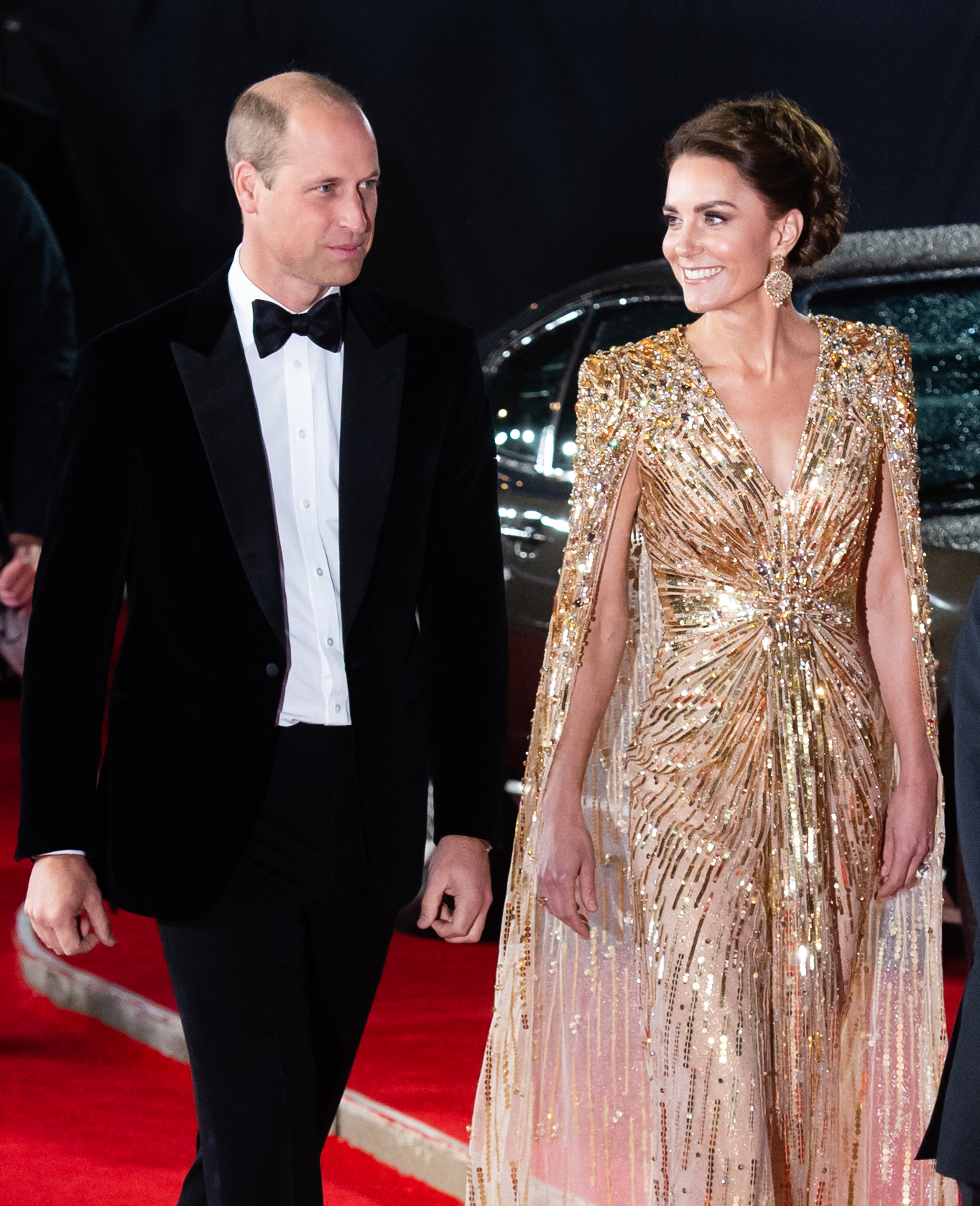 He said: “We were both very young . . .  we were both finding ourselves and being dif­ferent characters. It was very much trying to find our own way and we were growing up, so it was just a bit of space and it worked out for the better.”

For her part, Kate admitted: “At the time I wasn’t very happy about it, but it made me a stronger person.”

She has just celebrated her 40th birthday and has never looked happier.

So perhaps there’s a lesson in Lucia and Kate’s experience for the lovely Sasha too.

Maybe, since all the headlines of the summer, she and Jack have mapped out their future together and he’s agreed to think more carefully about how his off-pitch actions might play out in the media. If so, I hope it works out for them.

But if no such reassurances have been forthcoming, and she feels uncertain about her place in his life, then perhaps a spell apart might be just the reminder he needs that you never know what you’ve got until it’s gone.

LOVE Island’s Molly-Mae Hague has incurred the wrath of the “it’s all right for you” brigade for daring to suggest that if you work hard in life you can achieve anything.

The ones who, even if you come from exactly the same background as them, act as if your success is through luck, rather than design and hard slog. 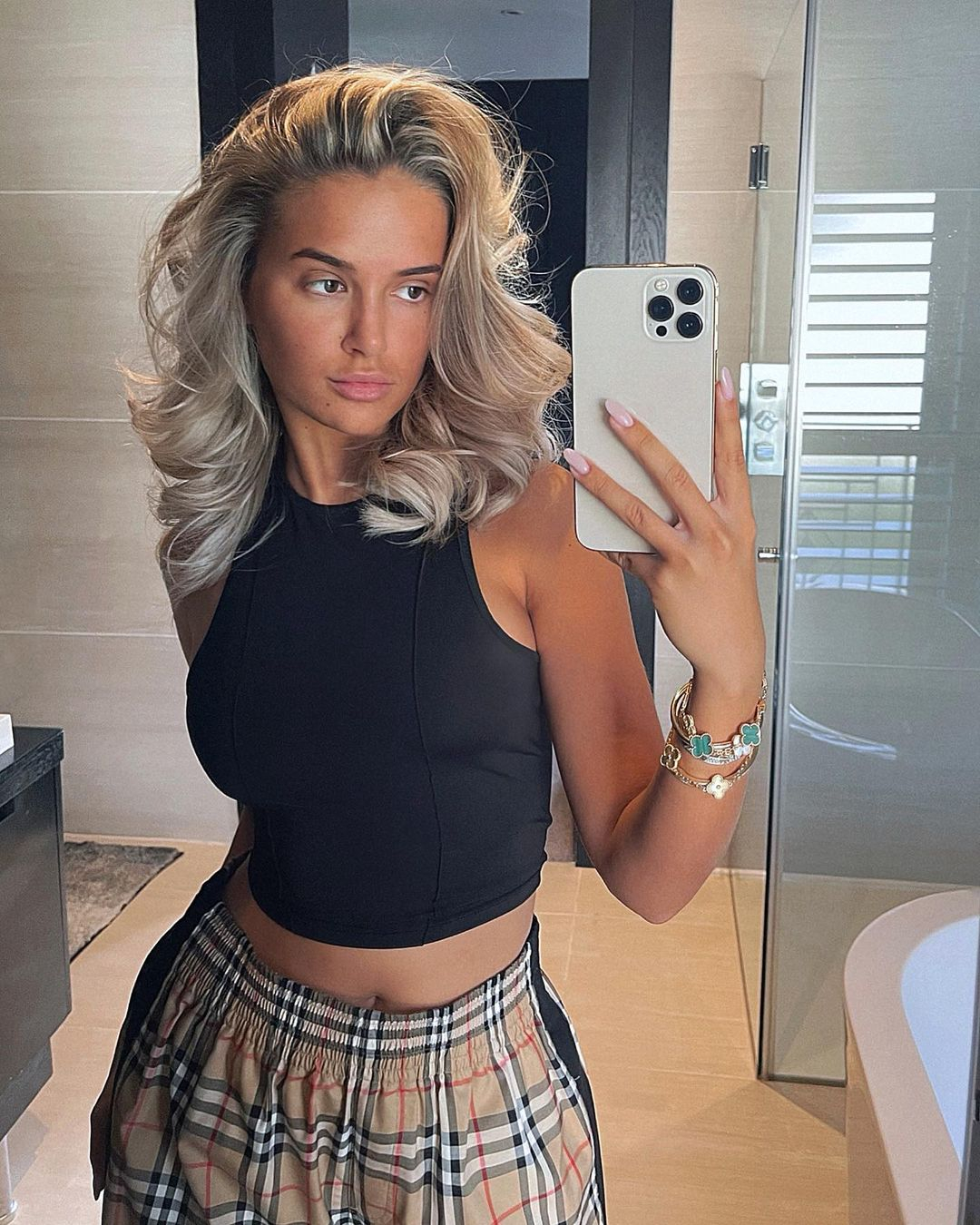 Post an image from your holiday and they’ll say: “It’s all right for you, I haven’t had a holiday since 1984.”

A photo of a new top from a high street store will evoke: “It’s all right for you, I can’t even afford to buy a hair tie from a charity shop.”

And if you’re a young, state-educated, business-savvy woman who has made good money since appearing on a reality show (when many others haven’t) they’ll try to tear you down with: “If you come from a place of privilege, you should work extra hard to educate yourself on the hardship of others.”

In fact, if social media had been around when Martin Luther King delivered his legendary “I have a dream” speech, someone would have countered: “It’s all right for you . . . I can’t dream because I have terrible insomnia.”

Not my idea of tough

NOVAK DJOKOVIC’S mum said her tennis star son was unable to sleep because of the inhumane conditions at the Australian hotel he was forced to stay in while his visa issues were investigated.

“No one deserves this kind of treatment,” she raged. 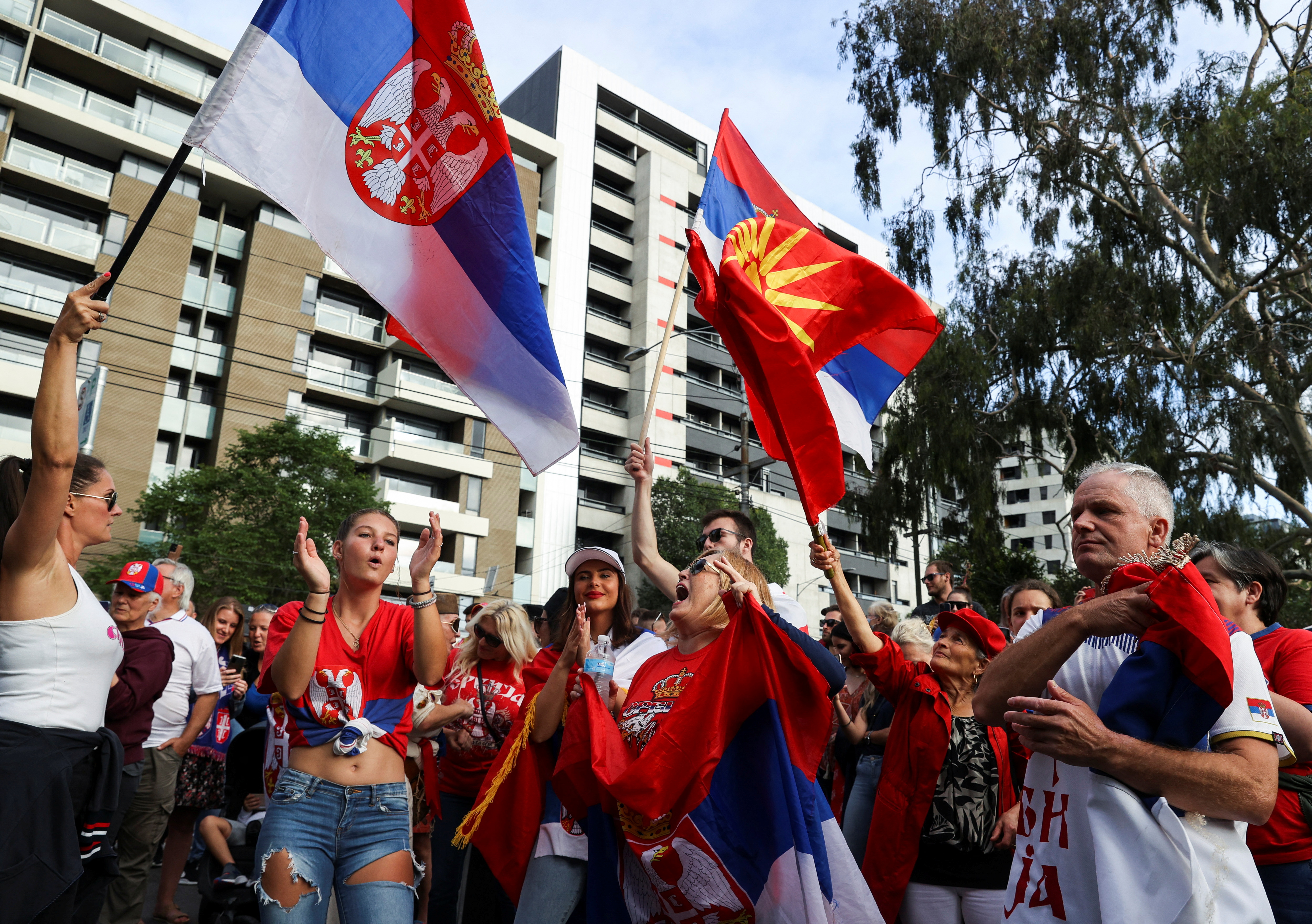 The Park Hotel has been used as an immigration detention centre since December 2020, but before that, 228 guests had rated it as “excellent” on Tripadvisor while a further 248 felt it was “very good”.

Hardly chained to a radiator, was he?

Deaf to a real issue

ONE of Britain’s biggest energy suppliers, Ovo, has sparked flames of fury after advocating “ten simple tips” on how to keep warm naturally and cut the cost of your bills.

They include cuddling your cat, eating a bowl of porridge, doing a few star jumps and cleaning the house. 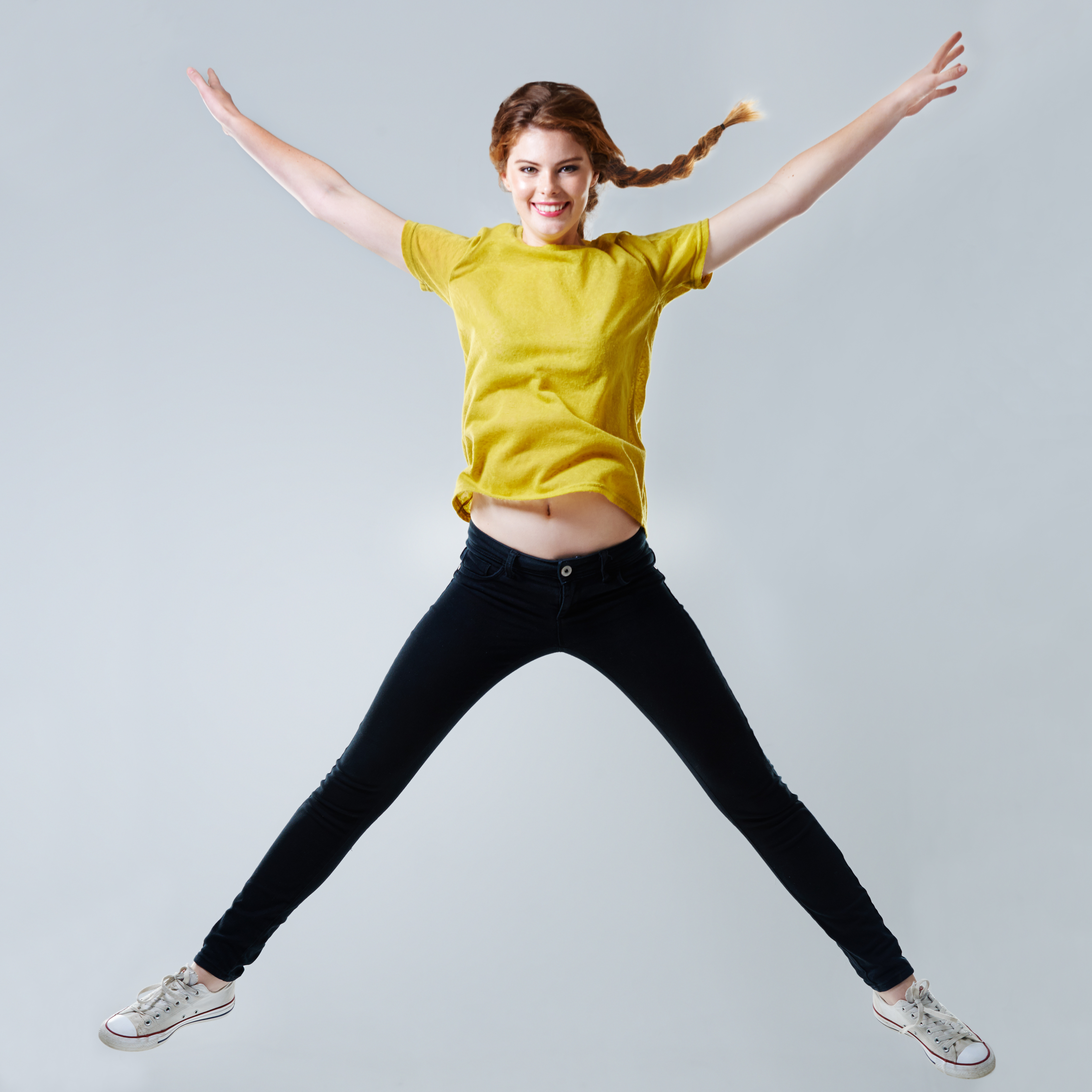 Labour MP Clive Lewis called the guidance “clown-like” and “depressing”, but perhaps that reaction depends on the mindset of the recipient.

My mother, for example, was brought up during the First World War and, to this day, would rather put on another jumper than her central heating.

Star jumps might be ill advised at her age, but the rest of the advice she would regard as common sense.

So yes, this advice from Ovo may be tone deaf to the plight of millions struggling to pay their bills, but surely the real scandal is that those who have faithfully followed government advice to get LED lighting, energy-efficient appliances, fancy new boilers, yada yada, are still seeing their energy costs shoot through their dutifully insulated roof.

We are owed truth

MEMO to our Prime Minister: Refusing to talk about your private life is one thing.

But refusing to confirm or deny that you and your wife attended a party that flew in the face of the strict rules you were imposing on the rest of the country is quite another.

This isn’t a tinpot dictatorship where you can do as you wish with impunity.

It’s a democracy and you must be answerable for your actions in office.

KENDALL JENNER says she asked the bride’s permission before wearing what looks like a couple of strips of masking tape to a wedding. 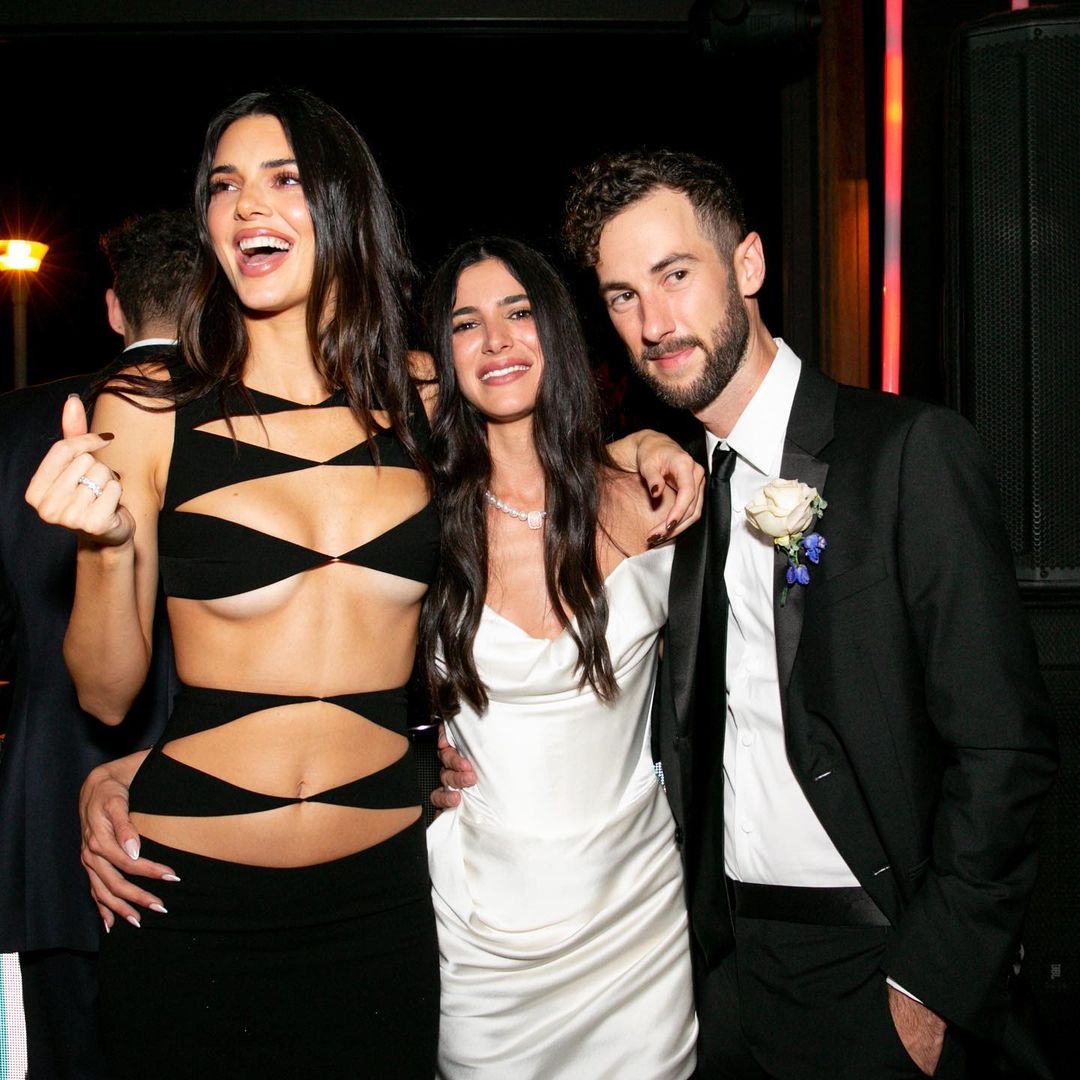 First of all, what bride? Secondly, she’s missing the point, as well as most of her “dress”.

A true friend wouldn’t wear it, full stop, let alone put her chum in the awkward position of being asked to condone it.