Brazilian man, 100, sets world record after working at the same textile company for 84 years: Dedicated employee says he lasted so long because of his ‘fighting spirit’

A 100-year-old man says his passion for work is the sole reason why he’s been able to set the world record for longest tenure at a single company after spending 84 years with the same textile firm in Brazil.

He was originally hired as a teenager – instead of his mother – because he spoke German and she did not.

Walter Orthmann was honored last month by the Guinness World Record organization, achieving the longest career at the the same company, an accomplishment that was verified January 6.

Orthmann was forced to quit school at the age of 15 because his family was struggling to maintain their Brusque, Santa Catarina, home.

He joined his mother to apply for a job at a weaving company and was hired because of his fluency with the German language.

Orthmann started working for the company – now known as ReneauxView – as a shipping assistant on January 17, 1938.

The rest is history. 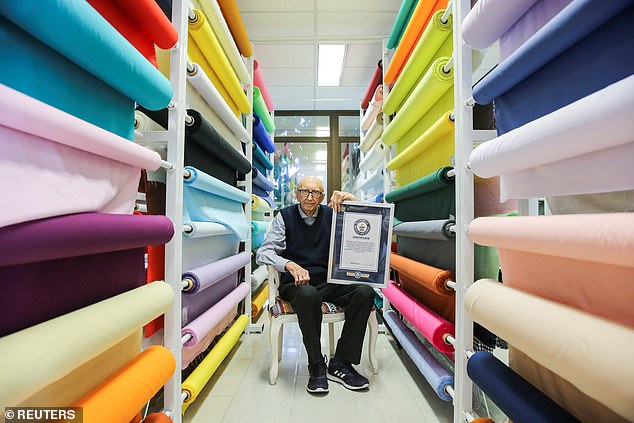 Walter Orthmann, who is 100 years old, was recognized in January for having spent 84 years with the same company. The textile company, located in Brusque, Brazil, hired him as a 15-year-old after he applied with his mother because the family needed financial help at home 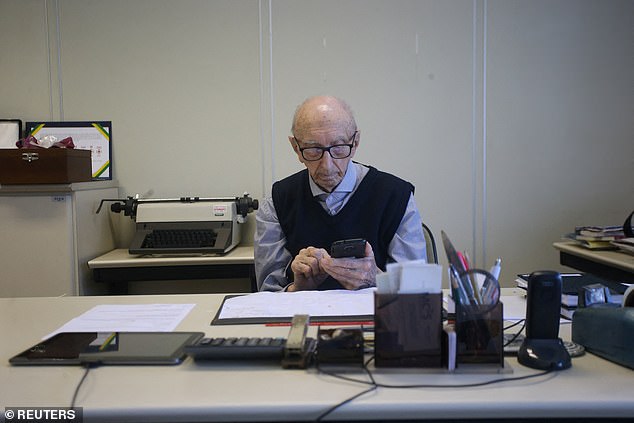 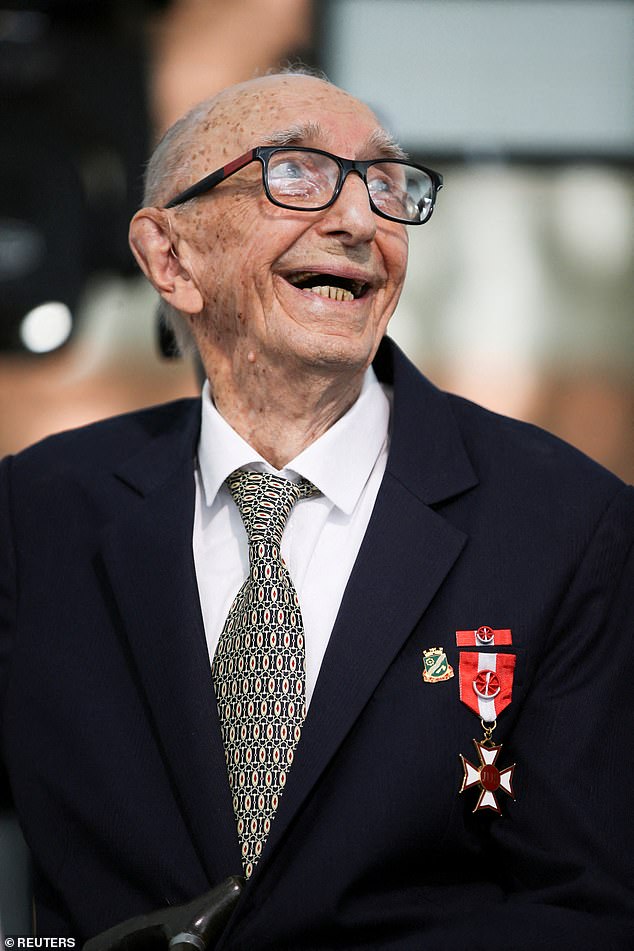 Orthmann would later be promoted to a salesperson position before he became a  sales manager.

He recalled being sent on a work trip to São Paulo and how it took him less that one week to book orders that would have taken at least three months.

‘Back in 1938, kids were expected to work to help support the family,’ he told Guinness in April. ‘As the oldest son of five, my mother took me to find a job at the age of 14.’ 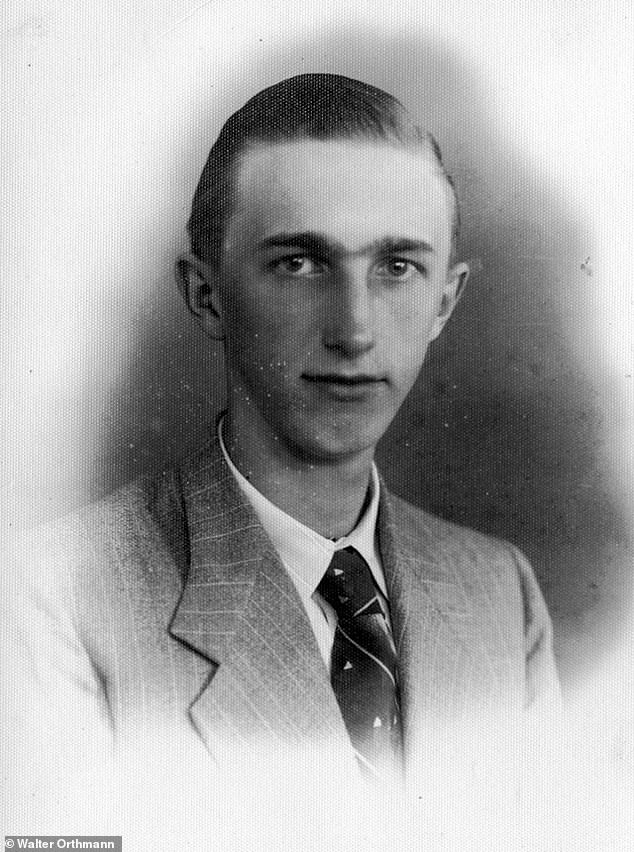 Walter Orthmann told Guinness World Record that it was common for minors in the 1930s to join their families in the work field. He was hired when he was only 15 years old after filling a job application with his mother at a textile company because the family was struggling economically. He was hired over his mother because he was fluent in German, a language that many residents spoke in the southern Brazilian city of Brusque, which happened to have a lot of transplants from Germany 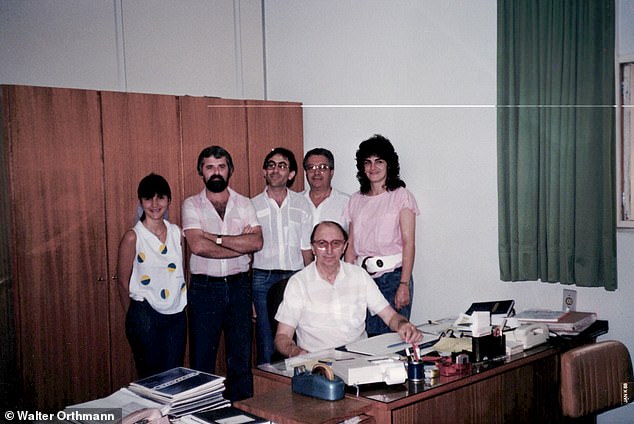 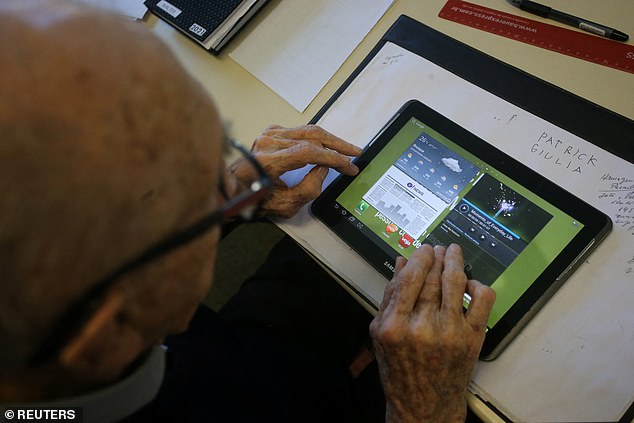 His advice for any looking for a long and fulfilling professional life – well maybe not as long as him – is simple: do what you love and stay away from junk food.

‘You have to like to work. I started to work with that willingness and fighting spirit,’ Orthmann said in a recent interview with Reuters.

‘You can’t just do any job to say that you are working. That doesn’t work. You’re not going to be able to stand it.’ 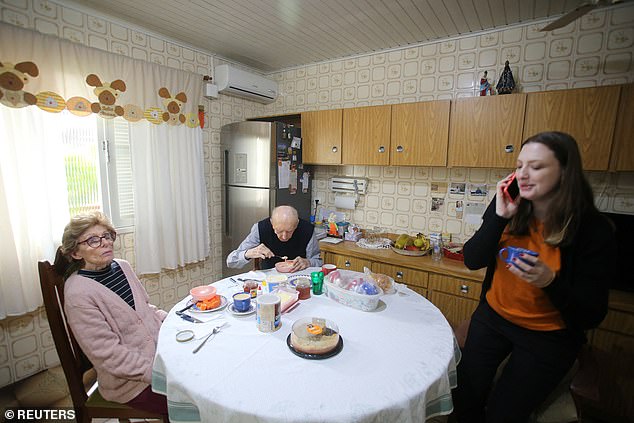 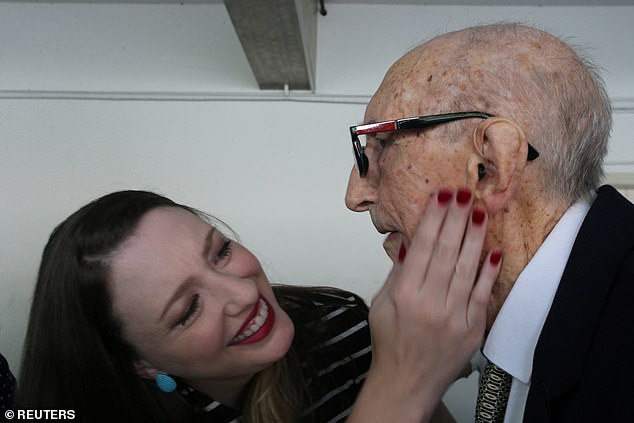 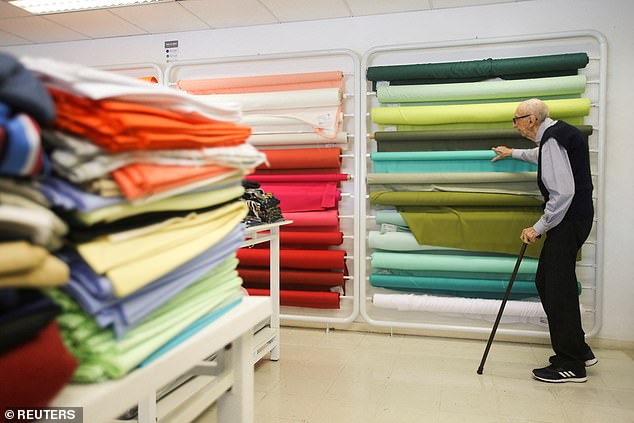 Guinness World Record  recognized Walter Orthmann, of Brusque Brazil, for having the longest career (84 years) at the same company 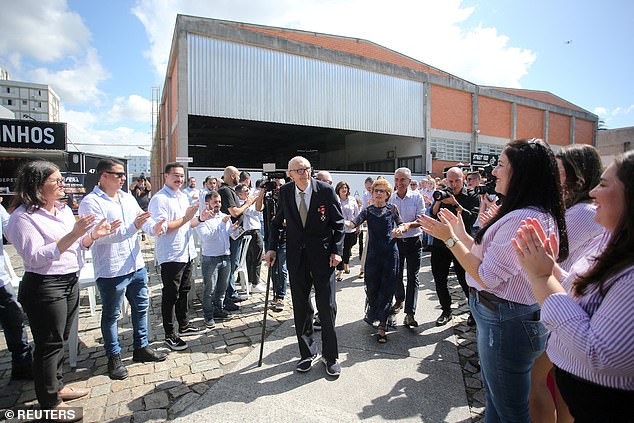 Employees at ReneauxView, a textile company in Brazil, cheer on Walter Orthmann on his 100th birthday 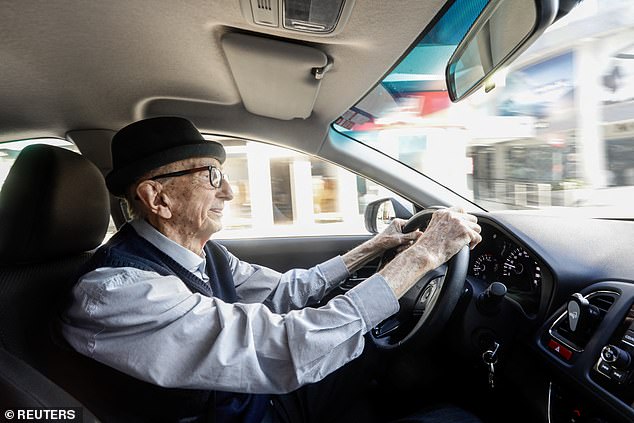 Walter Orthmann drives his car in Brusque, a city in the southern Brazilian state of Santa Catarina, where he lives and works at the same textile company that gave him a job as a 15-year-old. He was been with the company ever since

Orthmann could have well retired several decades ago, but having a ‘purpose, commitment and routine’ at a job is what still keeps him going after he established the record in 2019 with 81 years and 85 days.

Despite all the changes in technology, he has managed to learn how to adapt to the  nuances that come across in the business world.

He turned 100 years old on April 19, celebrating it with his family, friends and coworkers.

‘I really avoid salt and sugar,’ he said. ‘I avoid things that hurt your intestines. I avoid Coke and other sodas. I only consume things that are good for you. That really helps your body to be strong forever.’