Has Carrie lost her touch? Ministers confirm post-Brexit ban on live animal exports and action on trophy hunting – but drop plans to stop imports of fur and foie gras

Animal welfare campaigners reacted with fury today after the Government confirmed it had dropped plans to ban imports of fur and foie gras.

The Queen’s Speech, which set out the Government’s legislative agenda for the new parliamentary session, included a post-Brexit ban on live animal exports.

It also restated the Government’s commitment to outlawing the import of hunting trophies.

But it did not include previous commitments to prevent fur and foie gras being sold in Britain.

Depsite ministers putting forward 38 bills in the Queen’s Speech, there was no sign of an Animals Abroad Bill.

Such legislation had previously been proposed by ministers as a means of introducing a slew of measures to prevent animal cruelty, including on imports of fur and foie gras.

Ministers were accused of a ‘betrayal of animals’ by campaigners, while Tory MPs asked why Boris Johnson had junked past manifesto pledges.

The absence of action on fur and foie gras will also lead to speculation about the views of the Prime Minister’s wife, Carrie Johnson, on the Government’s new direction.

Mrs Johnson – who works for the Aspinall Foundation conservation charity – was reported to have been away from Downing Street when a Cabinet U-turn on the plans was pushed by Brexit Opportunities Minister Jacob-Rees-Mogg earlier this year.

Her close friend Zac Goldsmith, an environment minister, has been a strong supporter of import bans and previously criticised moves to drop the plans.

As the Queen’s Speech was unveiled today, Lord Goldsmith was more than 6,500 miles away in Singapore. 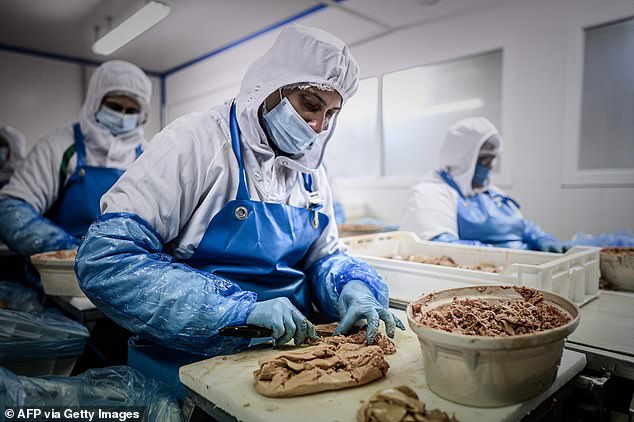 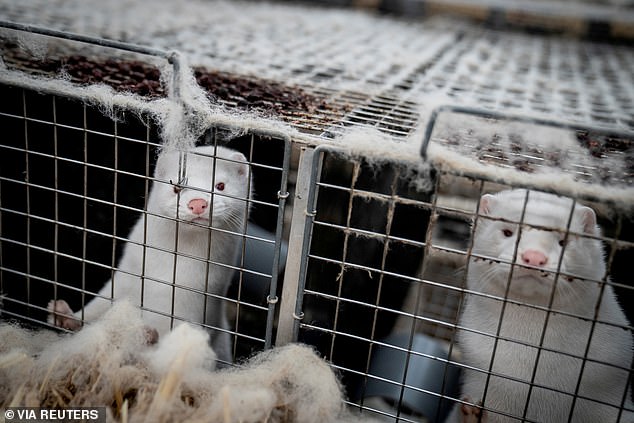 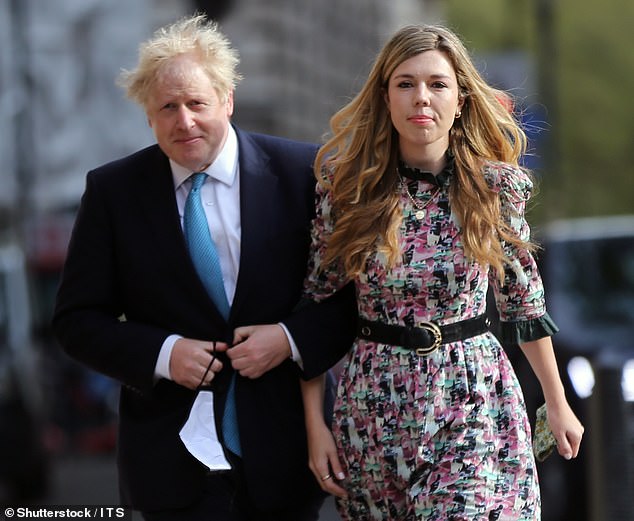 The absence of action on fur and foie gras will also lead to speculation about the views of the Prime Minister’s wife, Carrie Johnson, on the Government’s new direction

The Queen’s Speech plans at a glance

The Queen’s Speech promises to ‘grow and strengthen the economy and help ease the cost-of-living crisis for families’.

But the package of legislation merely reiterates measures that have already been announced – and decried by critics as not going far enough.

Police will be given powers to stop eco ‘hooligans’ blocking roads and inflicting misery on motorists, under plans announced today.

A Public Order Bill will revive previous vows to tackle disruptive action by groups such as Extinction Rebellion.

Local residents are set to get rights to be consulted on ‘design codes’ spelling out the standards that housing developments must meet.

The move is part of a new pared-back approach to planning reforms, intended to soothe Tory backbench alarm that changes will hit them in the shires.

A ‘super seven’ of post-Brexit Bills is designed to exploit the benefits of leaving the EU, from slashing red tape to bolstering protection for animals.

The Tories hope the new agenda can ease the cost-of-living crisis and deliver a ‘Brexit dividend’ in time for the next general election.

This promised to look into a post-Brexit ban on ‘the import or sale of foie gras and other products derived from low-welfare systems’.

Ministers vowed to ‘explore potential action’ on banning the import of all fur products.

And the bill also included provisions to ban the advert and sale of ‘low animal welfare experiences’ abroad, such as elephant rides,

A coalition of 38 organisations, including the RSPCA, Compassion in World Farming, Four Paws UK, Humane Society International and Save the Asian Elephants, today condemned the failure to bring forward the Animals Abroad Bill.

Recent national polling for the #DontBetrayAnimals campaign found that more than three quarters (77%) want to see the Government ban the import of products that are farmed or made in ways that are already banned in the UK, such as fur.

Speaking on behalf of the campaign, Emma Slawinski from the RSPCA, said: ‘We are deeply dismayed that the Government has gone back on its word to prioritise animal welfare by abandoning the Animals Abroad Bill, so that animal protection laws such as bans on imports of foie gras and fur will no longer go ahead, nor will bans on adverts for animal tourism practices involving cruelty such as elephant riding and tricks.

‘The Government’s abandonment of the Animals Abroad Bill speaks for itself; it is a betrayal of animals and shows contempt for public opinion.’

In response to the absence of the bill in the Queen’s Speech, senior Conservative MP Sir Roger Gale posted on Twitter: ‘Where is the Government’s commitment to manifesto pledges on animal welfare in the legislative programme?

‘I trust that ‘other measures will be laid before us’. It’s called ‘ keeping your word’ and we must do that.’

Earlier this year, Mr Rees-Mogg and Mark Spencer, the Leader of the House of Commons, were reported to have led a Cabinet revolt against import bans on the basis that consumers should be free to choose whether or not to purchase fur or foie gras.

Lord Goldsmith said at the time: ‘The public are strongly in favour of measures to curb the fur trade and foie gras.

‘There are some who view the issue as a matter of personal choice, but no one would extend that principle to things like dog-fighting or bear-baiting, so it’s not clear why fur farming or force-feeding geese, which arguably are associated with far greater levels of cruelty, should be any different.’

Although the Animals Abroad Bill was missing from today’s Queen’s Speech, ministers confirmed the Animal Welfare (Kept Animals) Bill will return to Parliament after being carried over from the last session.

The Givernment ran out of time to complete the passage of that bill – along with a number of other pieces of legislation – in the last parliamentary session.

The need to deal with large amounts of Covid legislation was blamed for the lack of progress in other areas.

As part of the bill, ministers are seeking to use the UK’s Brexit freedoms to ban the export of livestock abroad for fattening and slaughter.

This will prevent thousands of animals having to face journeys of more than 18 hours from Britain to the Continent.

The legislation will also ban the keeping of primates as pets without a licence and include measures to tackle puppy smuggling, such as raising the minimum age that pets can travel into Britain and banning imports of dogs with cropped ears and docked tails.

There will also be the creation of a specific new offence for pet abduction and updates to laws concerning zoos.

Downing Street said today that the Government had a ‘strong record when it comes to protection of animals’.

Number 10 added that a ban on foie gras imports was being kept under review.