Labour meltdown over rail strikes: Slew of MPs ignore Keir Starmer’s desperate order NOT to join picket lines as party’s union paymasters demand to know if he is on the ‘side of workers’

Labour is in meltdown over rail strikes today as a slew of MPs ignored Keir Starmer’s orders against joining picket lines.

The leader’s desperate efforts to avoid taking a side in the industrial action crippling the country are in tatters with his own troops defying him.

Kate Osborne, an aide to shadow Northern Ireland Secretary Peter Kyle, was among those who posted photos of herself backing the RMT.

The party’s union paymasters have also reacted with fury after Sir Keir banned frontbenchers from showing solidarity with rail workers outside stations, demanding he gets ‘on the side of workers’. 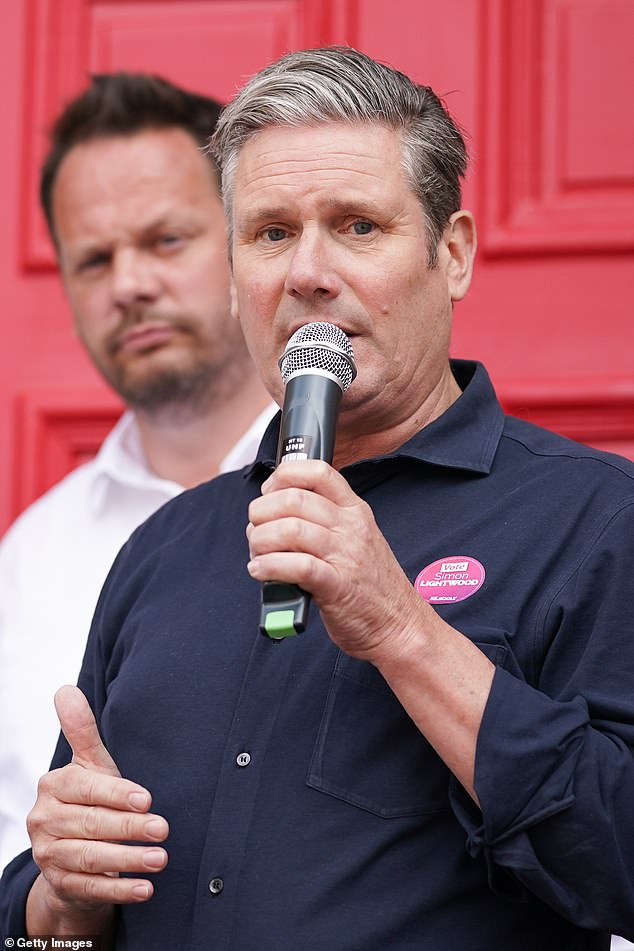 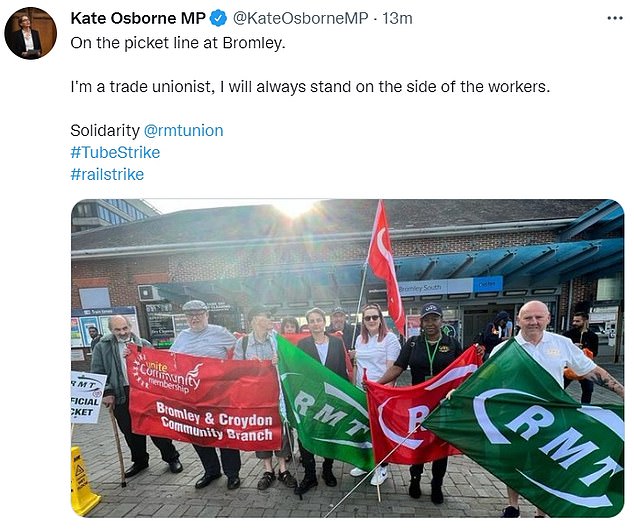 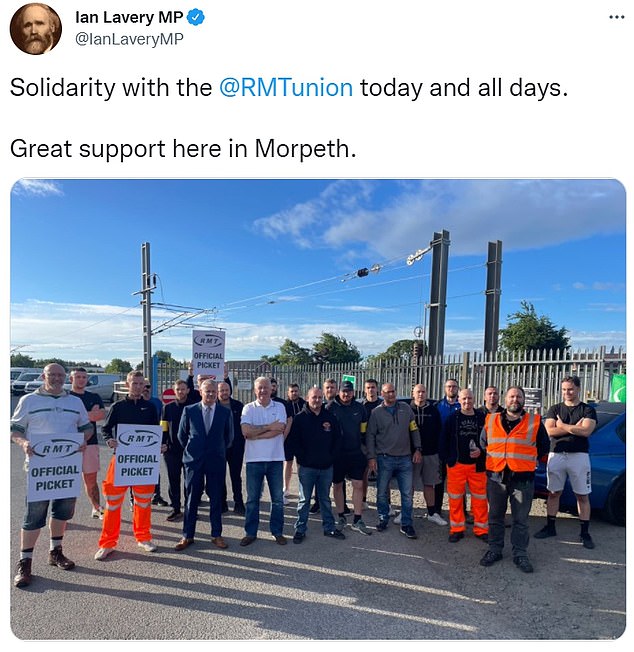 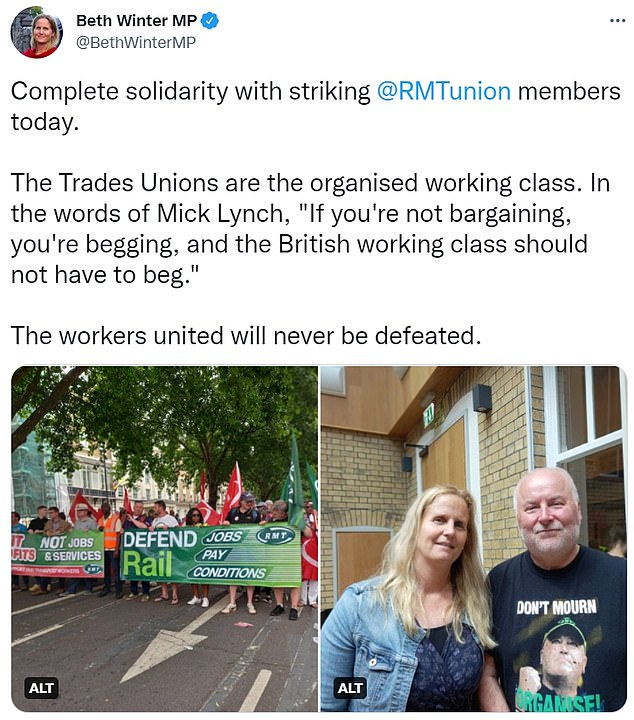 Thousands of members of the Rail, Maritime and Transport (RMT) union at Network Rail and 13 train operators are walking out today, Thursday and Saturday, in the worst wave of industrial action on the railways for a generation.

Under one in five trains are expected to run on strike days, and only for about 11 hours – with warnings vital medical procedures and exams will be disrupted.

The RMT and Unite are also holding a 24-hour walkout on London Underground which will cause huge disruption to the Tube.

Ministers and train companies insist they have offered a 4 per cent pay package – including 1 per cent linked to productivity improvements – and Boris Johnson has warned that higher rises would merely fuel rampant inflation.

However, the RMT is insisting the minimum it will accept is 7 per cent.

A leaked memo from Sir Keir’s office said shadow cabinet members ‘should not be on picket lines’, and asked them to speak to team members to remind them of this.

But Labour MP Ian Lavery was among many boasting that he was backing the strikes today.

‘Solidarity with the @RMT today and all days,’ he posted along with a photograph of him on picket lines in Morpeth.

Sharon Graham, general secretary of Unite, lashed out at Labour over the reports regarding the leaked memo.

She said: ‘The Labour Party was founded by the trade unions and we expect Labour MPs to defend workers, by words and by actions. To instruct Labour MPs not to be on picket lines with workers speaks volumes. 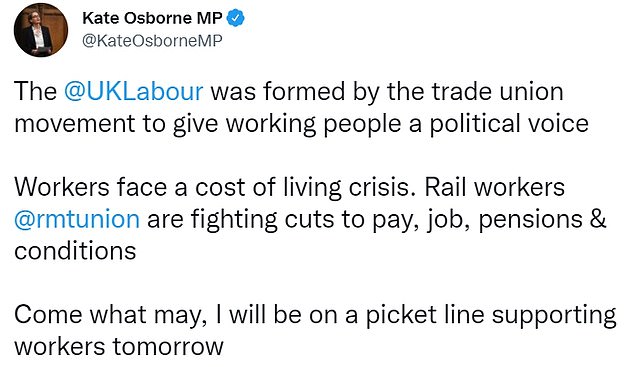 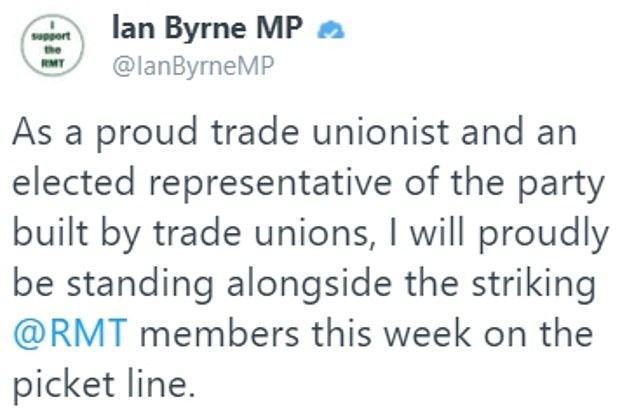 Sharon Graham, general secretary of Unite, lashed out at Labour over the reports regarding the leaked memo

‘You don’t lead by hiding. No-one respects that. It’s time to decide whose side you are on. Workers or bad bosses?’

Manuel Cortes, general secretary of the Transport Salaried Staffs’ Association, said: ‘This is ridiculous nonsense from the party which was created by trade unions. Solidarity is what our movement is all about.’

The memo, seen by Politics Home, said frontbenchers should ‘expect severe disruption this week as the result of industrial action by the RMT’.

‘We have robust lines. We do not want to see these strikes to go ahead with the resulting disruption to the public. The government have failed to engage in any negotiations,’ it said.

‘However, we also must show leadership and to that end, please be reminded that frontbenchers including (parliamentary private secretaries) should not be on picket lines.

‘Please speak to all the members of your team to remind them of this and confirm with me that you have done so.’ 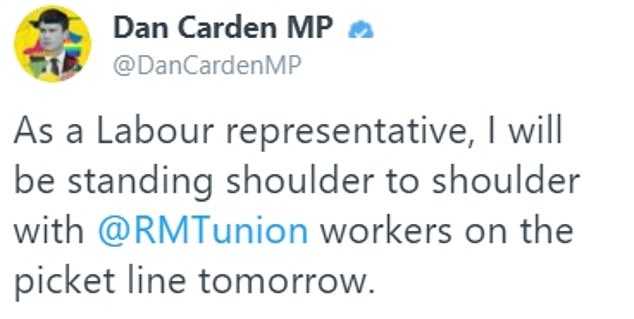 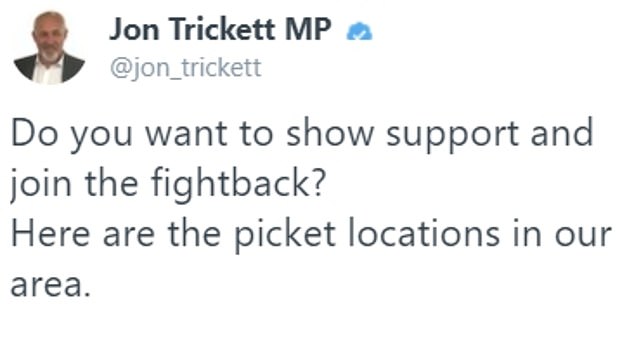