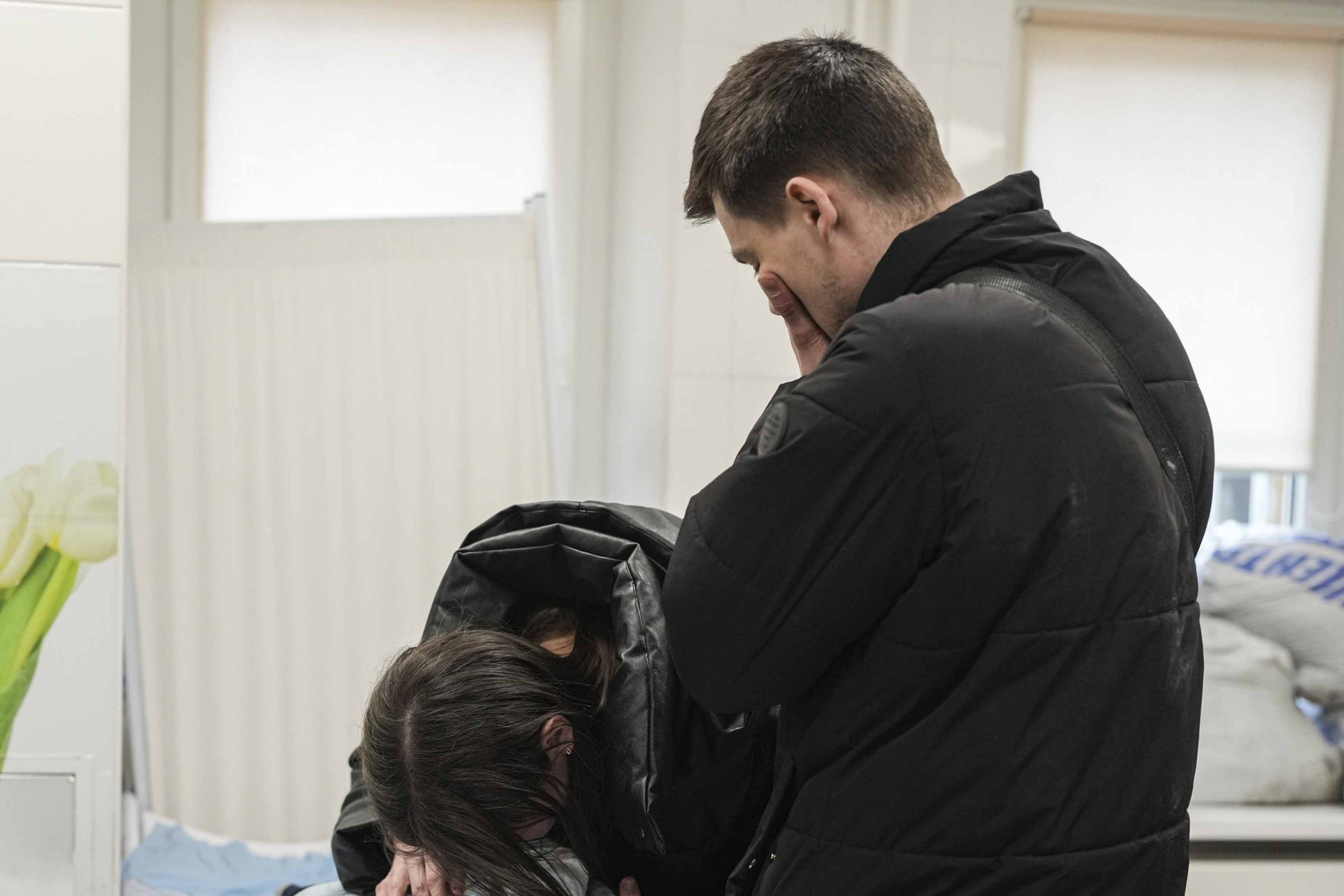 A heartbreaking image shows a mum and dad grieving over their toddler’s dead body after he was killed in Russian shelling.

Kirill, who was 18 months old, is one of the youngest victims of Vladimir Putin’s attack on Ukraine.

Marina Yatsko and her boyfriend Fedor were pictured racing through the doors of a hospital carrying the wounded little boy, who was wrapped in a bloodstained blanket.

Medics desperately tried to save his life, but nothing could be done.

In the image, a distraught Marina leans over her son’s body while Fedor weeps and covers his face.

The tragedy took place in Mariupol on Saturday – a day that was meant to see innocent families escape.

Russia and Ukraine agreed on a temporary ceasefire in the besieged cities of Mariupol and Volnovakha to allow civilians time to evacuate.

But it fell to pieces as Kremlin troops were accused of breaking their promise and continued to shell the area.

The agreement was likely an attempt to give invading troops a chance to reset for a renewed offensive, the UK government has said.

Days before Kirill’s death, the same hospital staff had pulled a wounded six-year-old girl from an ambulance as her mother stood alone and helpless.

Multiple attempts at resuscitation were made but she passed away.

Not long after, a doctor looked straight into the camera of an AP video journalist allowed inside and said: ‘Show this to Putin.’

Exhausted healthcare staff were reported to be sitting on the floor in an attempt to recover themselves before the next emergency arrived.

The Russian president has been accused of committing war crimes as his soldiers allegedly bomb hospitals and schools.

More than 430,000 people trapped in Mariupol are supposed to be evacuated today after a second attempt at a ceasefire was announced.

It comes after the five-year-old brother of a pink-haired schoolgirl shot dead by Russian troops died in hospital.