WHEN teenager Jodi Jones went missing near her home in Dalkeith, Scotland, boyfriend Luke Mitchell was the first to find her mutilated body.

The 14-year-old had been sexually assaulted, strangled and stabbed before having her throat cut so severely she was “almost decapitated”. 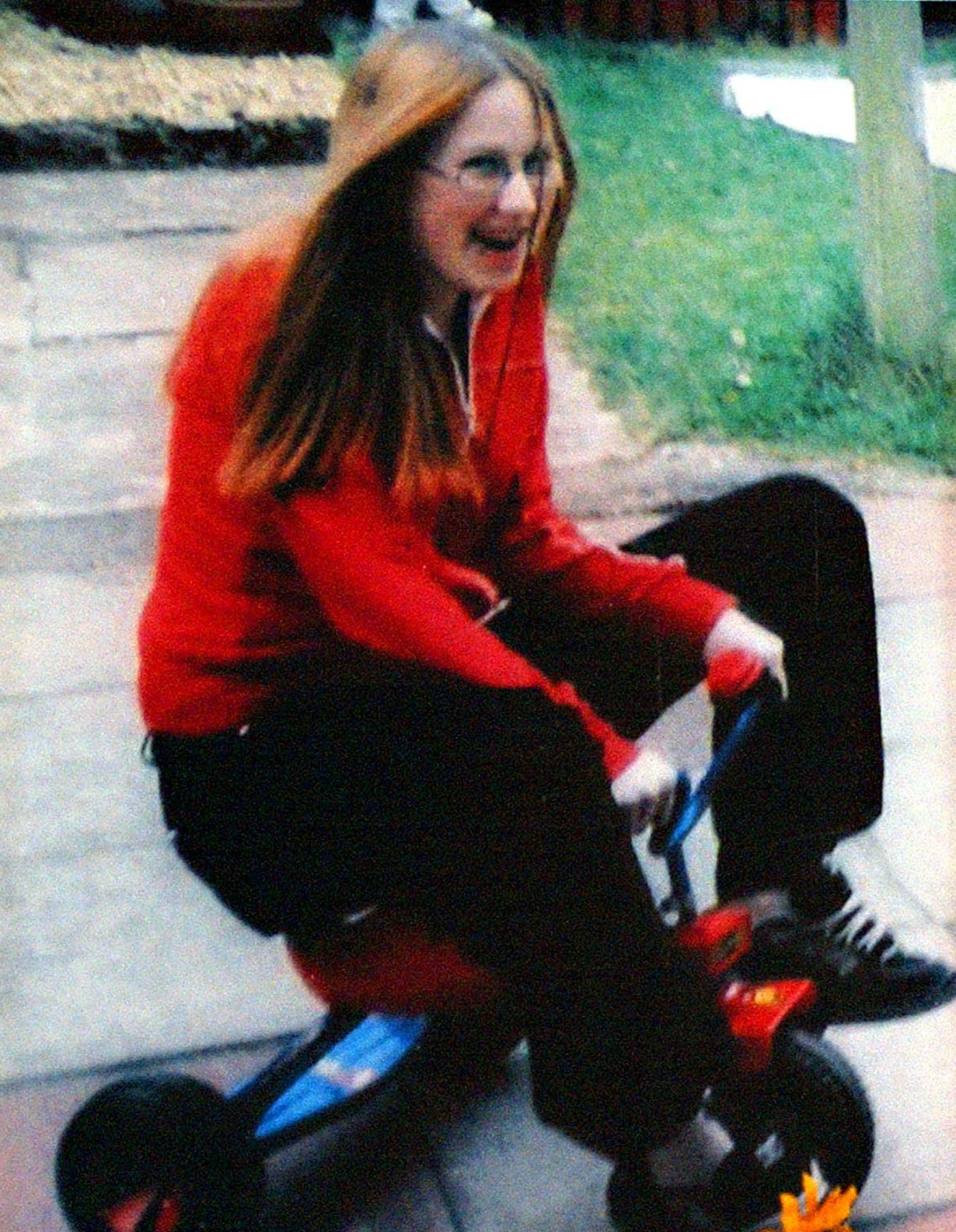 The horrific murder, in 2003, marked the start of a nightmare for both the Jones and Mitchell family – as Luke, also 14, became the prime suspect and was arrested for the crime.

Despite the lack of forensic evidence, he was later jailed for 20 years – but has always maintained his innocence.

Now, a new Channel 5 documentary, Murder in a Small Town, which airs tonight, is set to question the safety of the conviction with a fresh investigation carried out by two former police officers who now work as private investigators.

The shocking two-parter reveals that DNA from two other men was found at the crime scene – while Luke’s DNA was absent – and claims leads on FIVE other suspects were never followed up by the police.

Police Scotland deny the claims saying they are "satisfied" that a thorough investigation was carried out and that"no other individuals" needed to be traced. 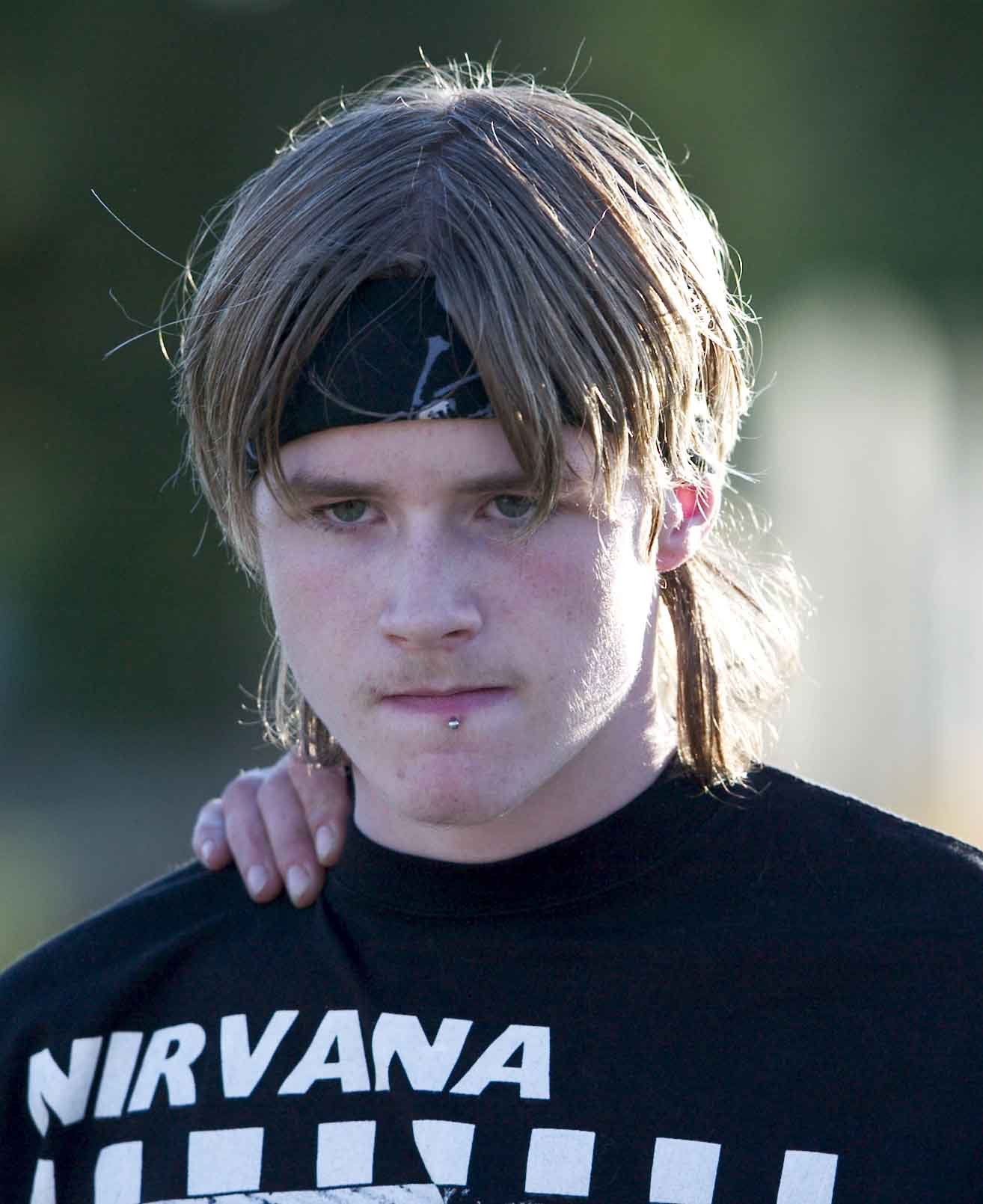 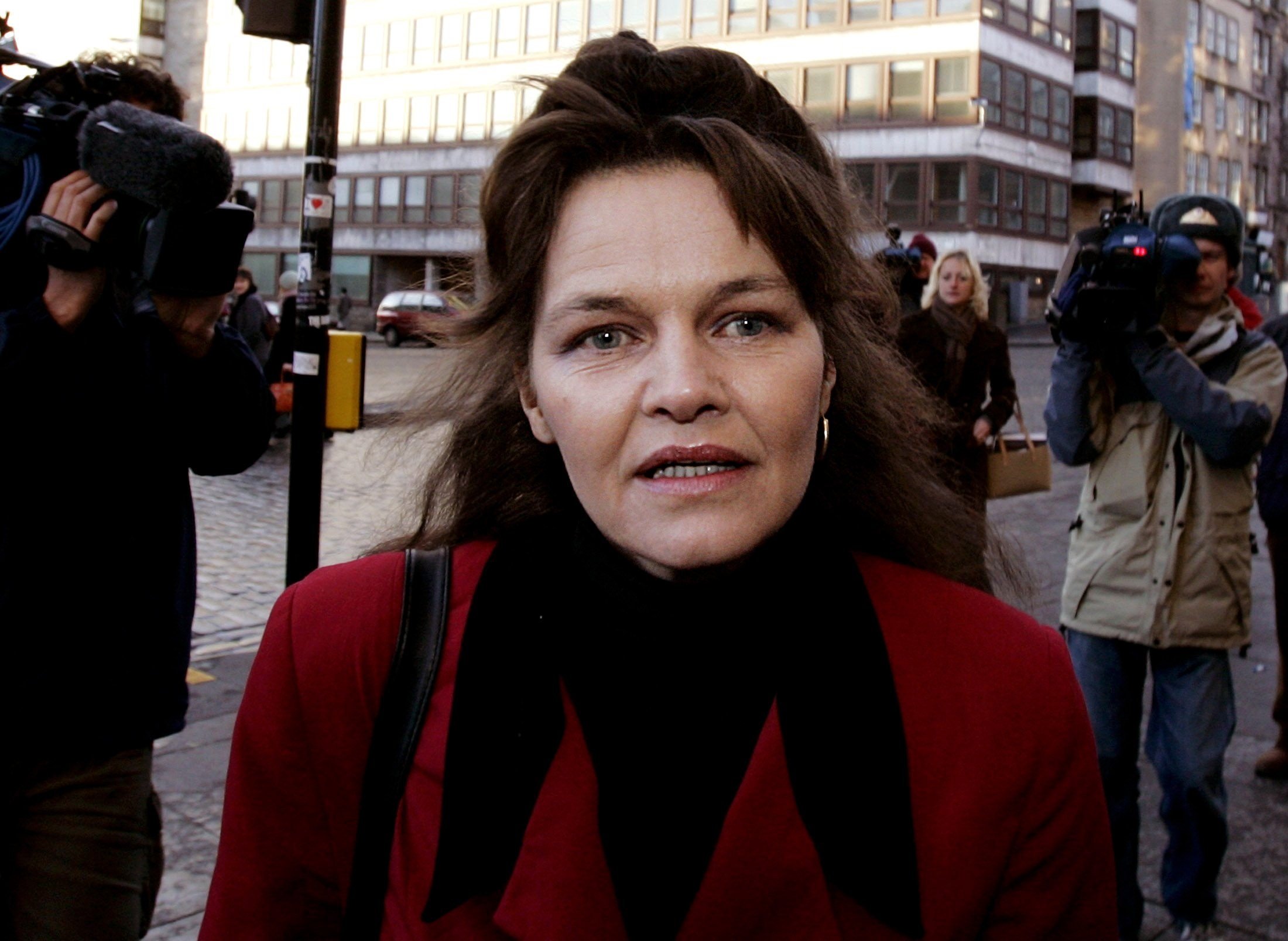 In an emotional interview with the Sun, Luke’s mum Corinne vowed to fight to clear her son’s name “until I’m in a box.”

“When they arrested Luke he was only 15 and I felt absolutely devastated, helpless, angry – every negative emotion you could feel,” she says. 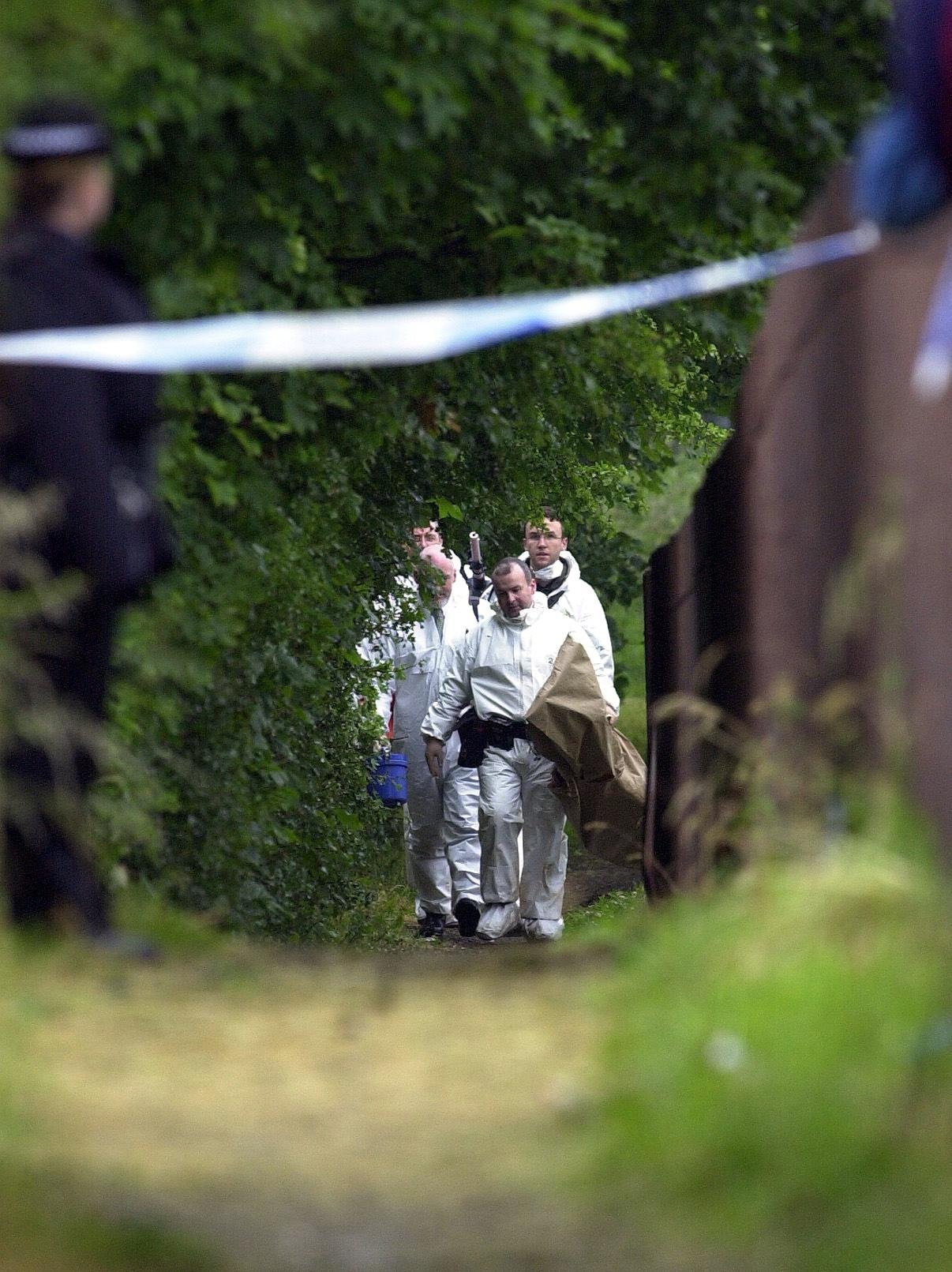 Throat cut between 12 and 20 times

Teenagers Jodi and Luke grew up in neighbouring districts in the small community of Dalkeith, and began dating in March 2003.

Three months later, on June 30, Jodi left her home at 5pm to walk through a wooded path, known as Roman’s Dyke, leading to Luke’s – but never arrived.

At around 10pm, Luke told his mum that Jodi was missing and went out to form a search party.

At a gap in an old stone wall, halfway down the path, Luke shone his torch into the darkness and found the blood-soaked body of the teenager, with her arms tied behind her back with her own trousers.

Dr Sandra Lean, a criminologist who is fighting to clear Luke, told the documentary: “Jodi had been beaten, her hair had been pulled out by the roots, she’d been strangled, her throat was cut between 12 and 20 times. She was virtually decapitated.”

Although he claims his dog, Mia, led him to Jodi, the police case against Luke would later rest on the fact that he was first to find the body. 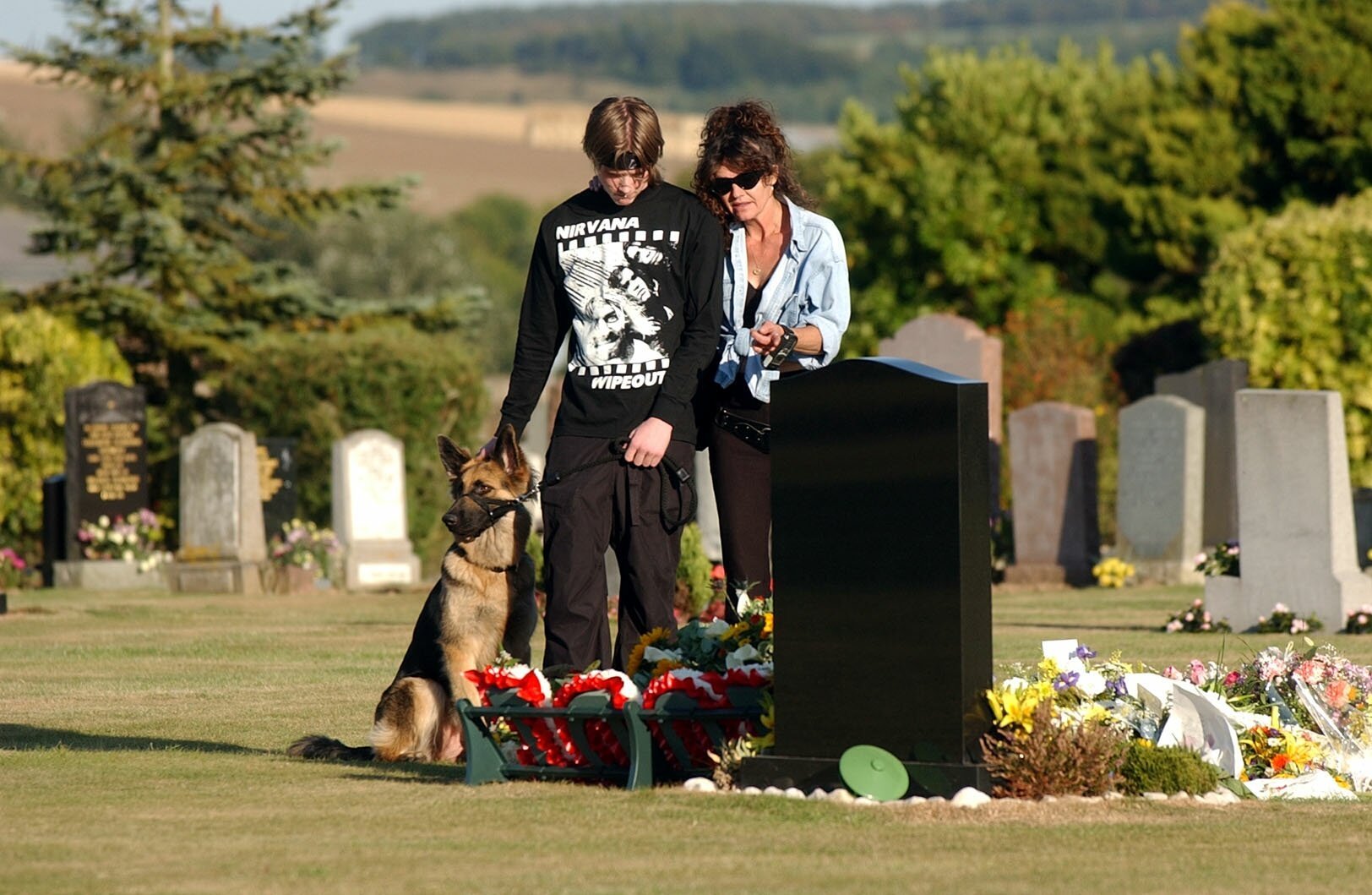 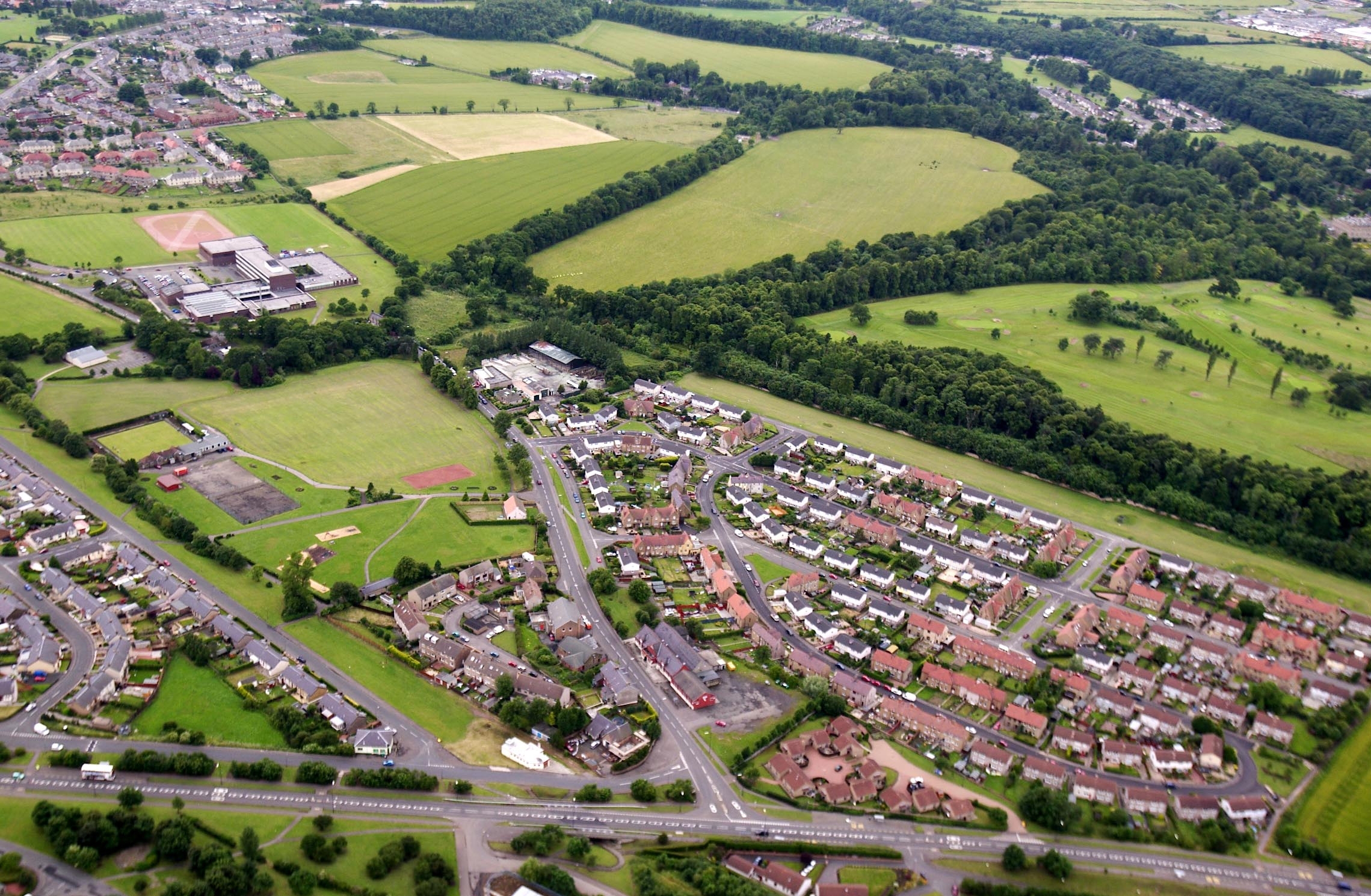 In the following weeks and months, Luke was treated as the only suspect in the murder and demonised for his Goth lifestyle.

Satanic slogans found on his exercise books were leaked and he was said to be a dope-smoking devil worshipper, obsessed with Marilyn Manson and the unsolved Black Dahlia case.

“Luke was the complete opposite of what they said about him,” says Corinne.

“He's a good lad, who had never been in any trouble with the police before.” 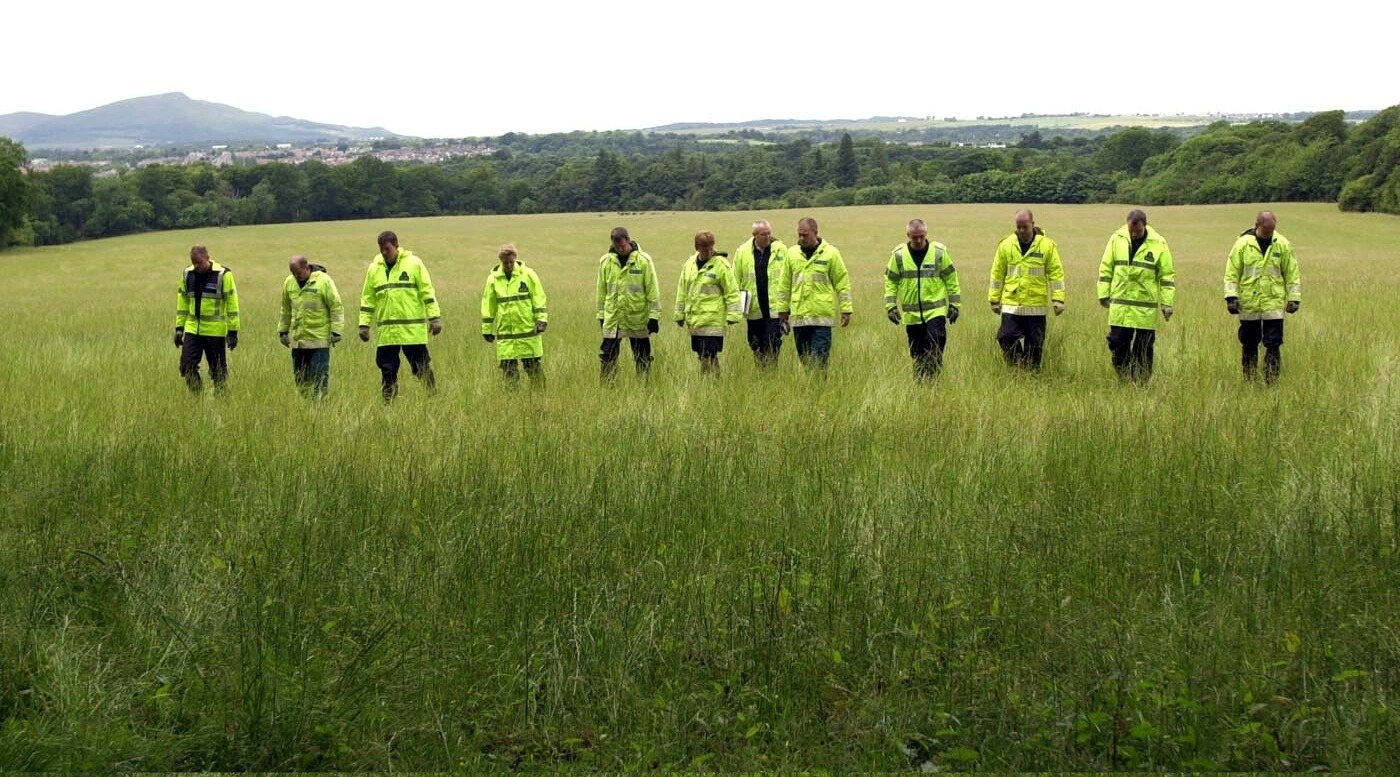 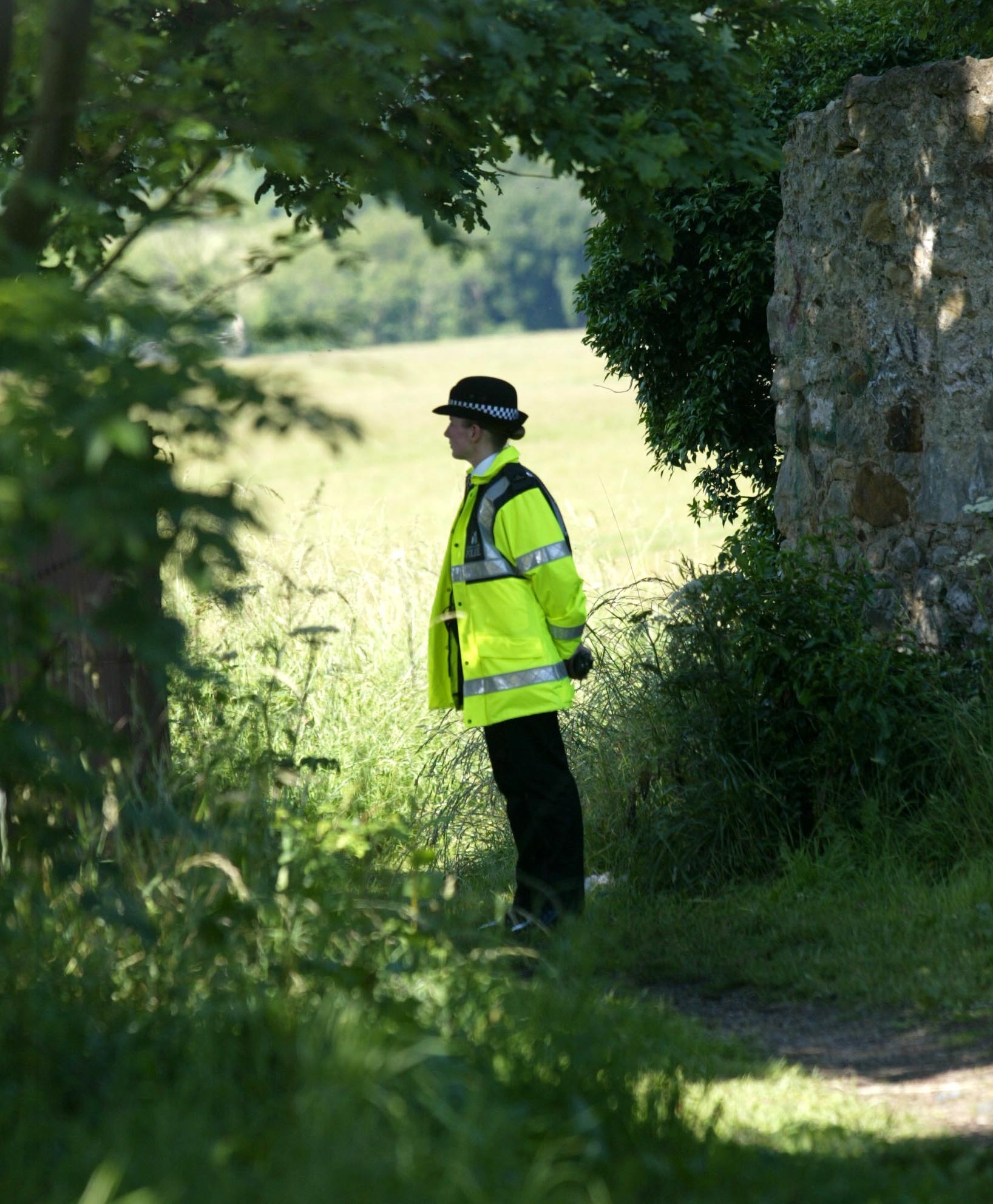 No link to Luke in 100 forensic samples

In the days after the murder, forensic teams removed more than 100 pieces of evidence from the scene, including hair, saliva, semen and blood – none of it belonged to Luke.

A used condom containing “fresh semen” was also recovered from near the body but not traced.

Allan Jamieson, Head of the Forensic Institute, tells the documentary: “Given the nature of the crime, a young girl attacked, the condom should have been given more significance than it apparently was.”

In the months after the murder, police searched Luke’s home three times. They found no traces of blood on any door handles, taps or clothes.

Allan Jamieson says Jodi’s killer would have been covered in blood and would have left traces around the home, even if they had showered immediately and got rid of clothes.

Yet when first taken in by police, on the night of the murder, Luke was described as having dirty hair and dirt under his fingernails, suggesting he hadn’t showered that day. 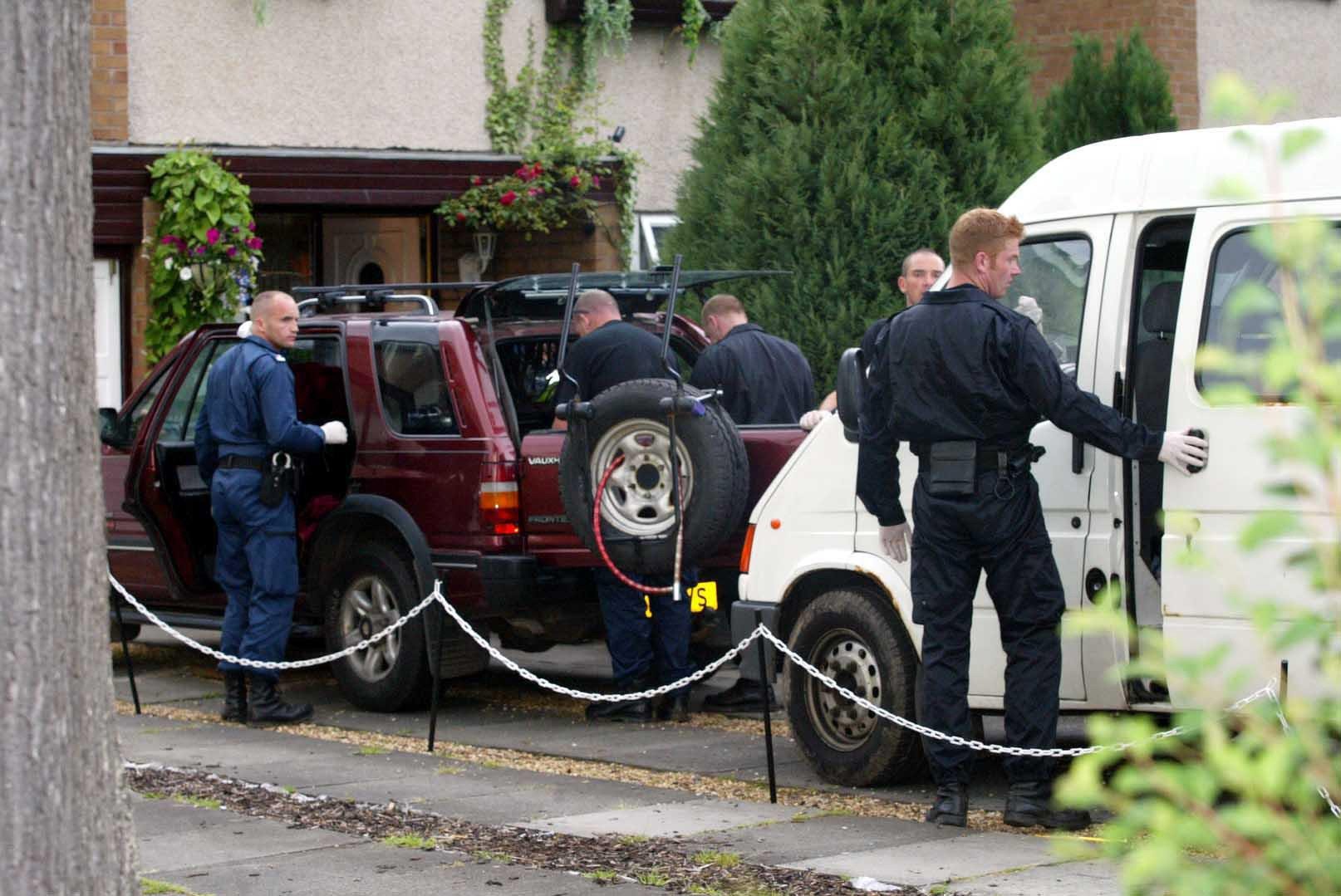 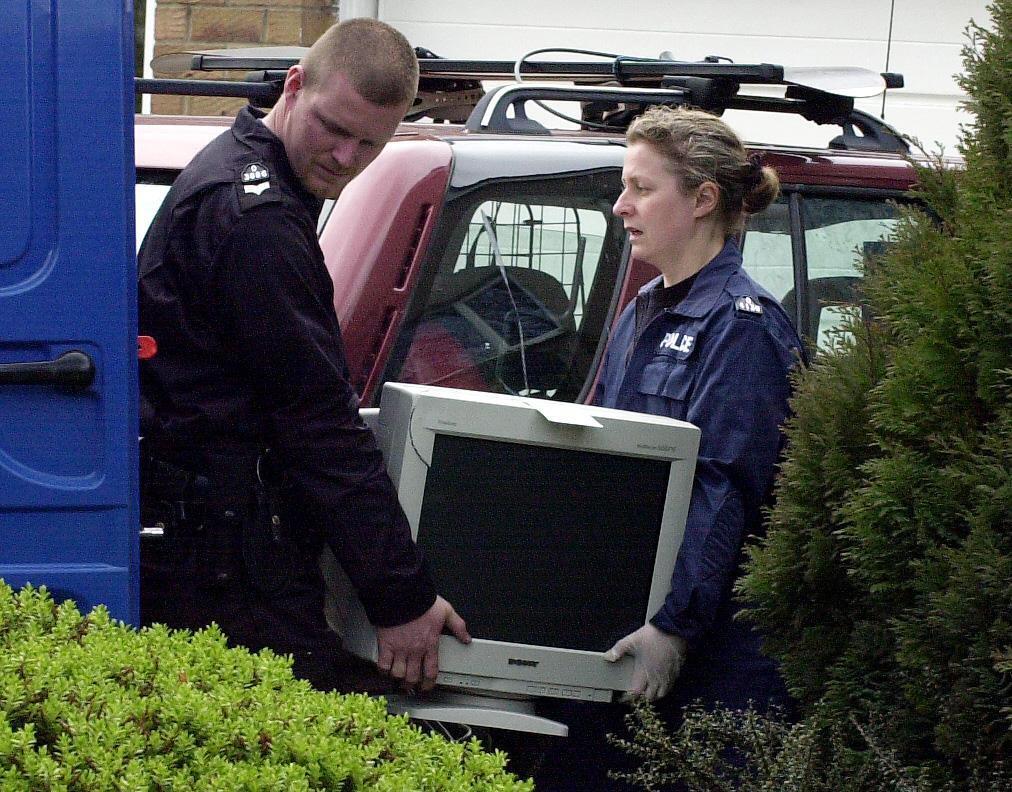 Local druggie had 'three deep scratches' on face after murder

John Sallens and Michael Neil, the former cops investigating the case, say Jodi put up a fight so they would expect her assailant to have “scratches and bruises.” Luke had none.

But Scott Forbes tells the documentary that another local man, named as Mark Kane, turned up at his Edinburgh home the night after the murder with three deep scratches down his face.

He told his friend he had been in the woods where Jodi was found, taking drugs the day before, and "fell in a bush".

He described Kane, who died shortly before the documentary was filmed, as a “very disturbed” student whocarried an 8in kitchen knife around, and said he “always suspected” he had killed Jodi.

Another potential lead which police appear to have ignored involved two local lads, known as the ‘Moped Boys’, whose bike was seen propped against the wall at 5.15pm, around the time Jodi died.

One was said to have hacked his long hair off with a pair of scissors in the days after and took five days to come forward to police to admit they had been in the area. 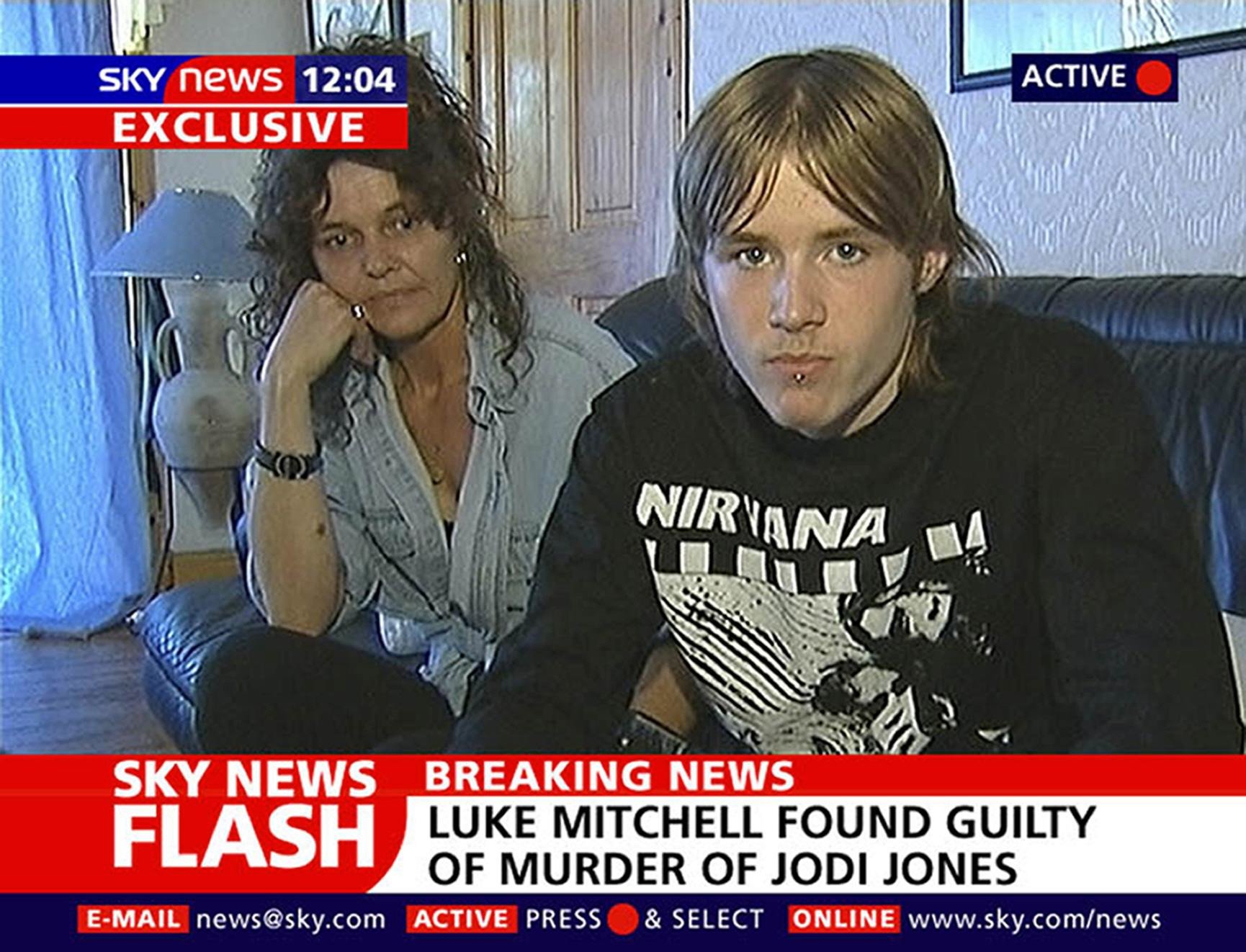 'Bullied' by PCs in toilet

Luke’s treatment by police is also called into question by the documentary, which reveals he was taken into custody in August 2003 he was refused access to a lawyer and told he couldn’t speak to his mum – despite being just 14.

Speaking from prison, he says: "I requested to go to the toilet and I was stood at the urinal with two adult males shouting at me that I was just to confess."

Corinne claims they were determined to pin the murder on Luke because of pressure from Dalkeith locals.

“It was a horrific murder and the police wanted to get the culprit. They had a 14-year-old child with no knowledge of the system and no experience of handling police. They thought it would be easy to bully him into confession, but he was never going to confess to a crime he didn’t commit.” 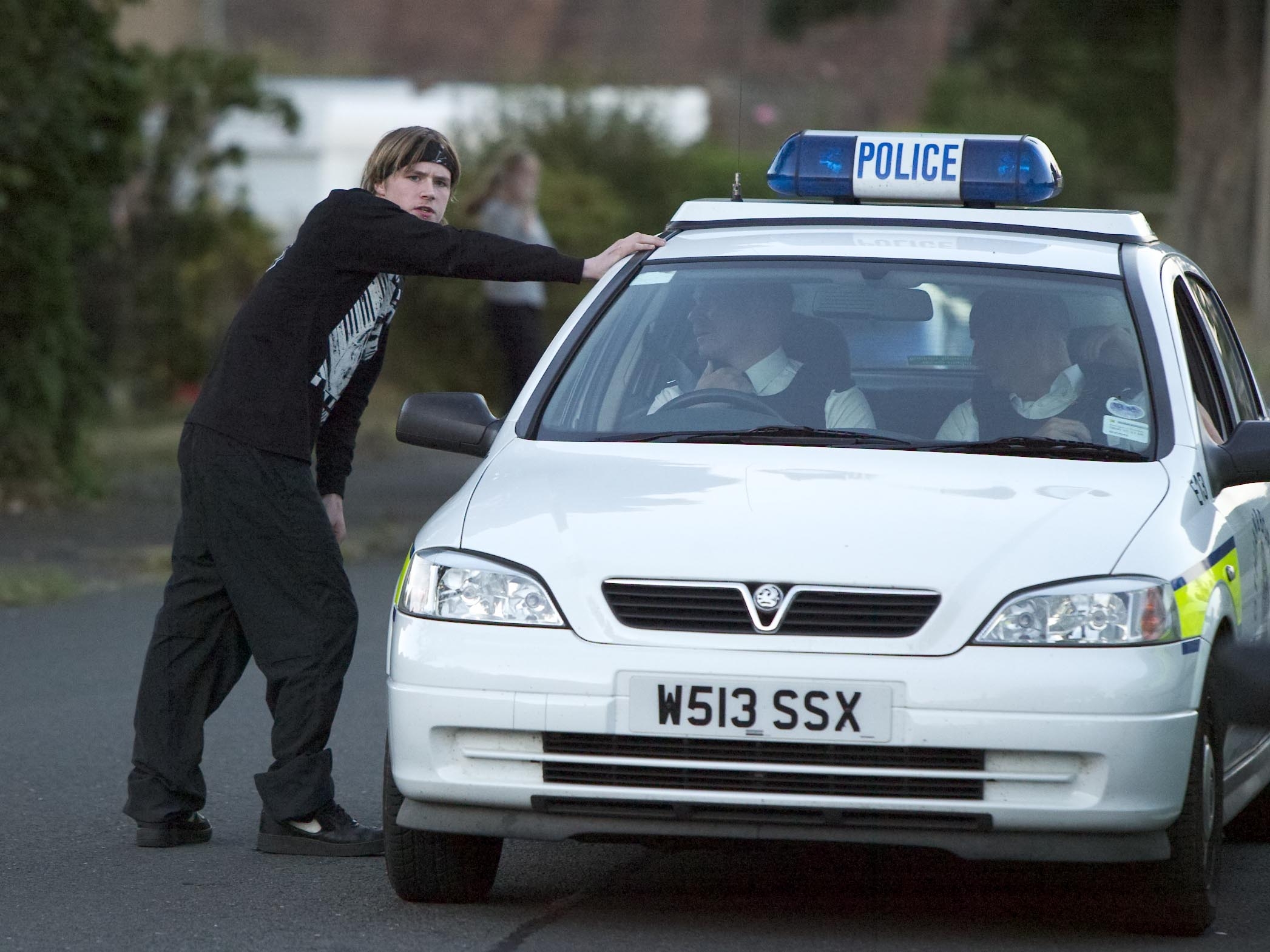 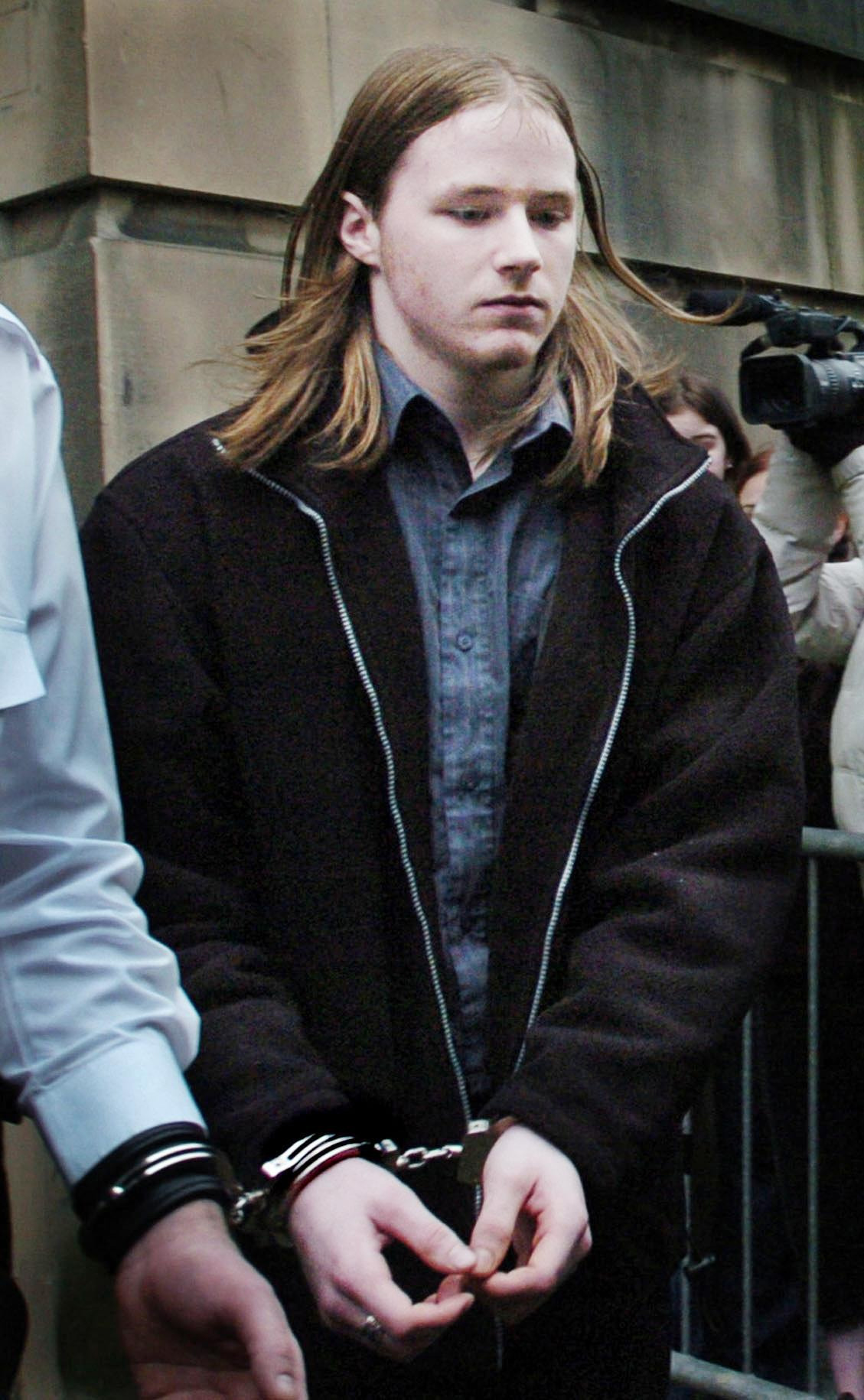 “Extensive forensic analysis was carried out along with door-to-door inquiries and other investigative techniques and a full report of the circumstances was submitted to the COPFS.

“As a result, Luke Mitchell, who was 15 at the time, was charged with Jodi’s murder, before being convicted and sentenced in 2005.

We are satisfied that we do not need to trace any other individuals in connection with this investigation.”

Ten months after the murder, Luke was arrested and, in January 2005, he was convicted of murder and sentenced to 20 years.

The prosecution rested on two main points – the fact that Luke had been the first to find the body and an eye witness who said she saw a young couple at the top of Roman’s Dyke who answered the description of Luke and Jodi, shortly before the murder.

However, she was unable to point him out in the courtroom.

Luke’s alibi, that he was at home cooking dinner when Jodi died, was rejected by police but Corinne, who confirmed it, stands by her story to this day.

“I'm not just saying he didn't do it because I'm his mother, I'm saying that because he was with me,” she says. “He was in the house. 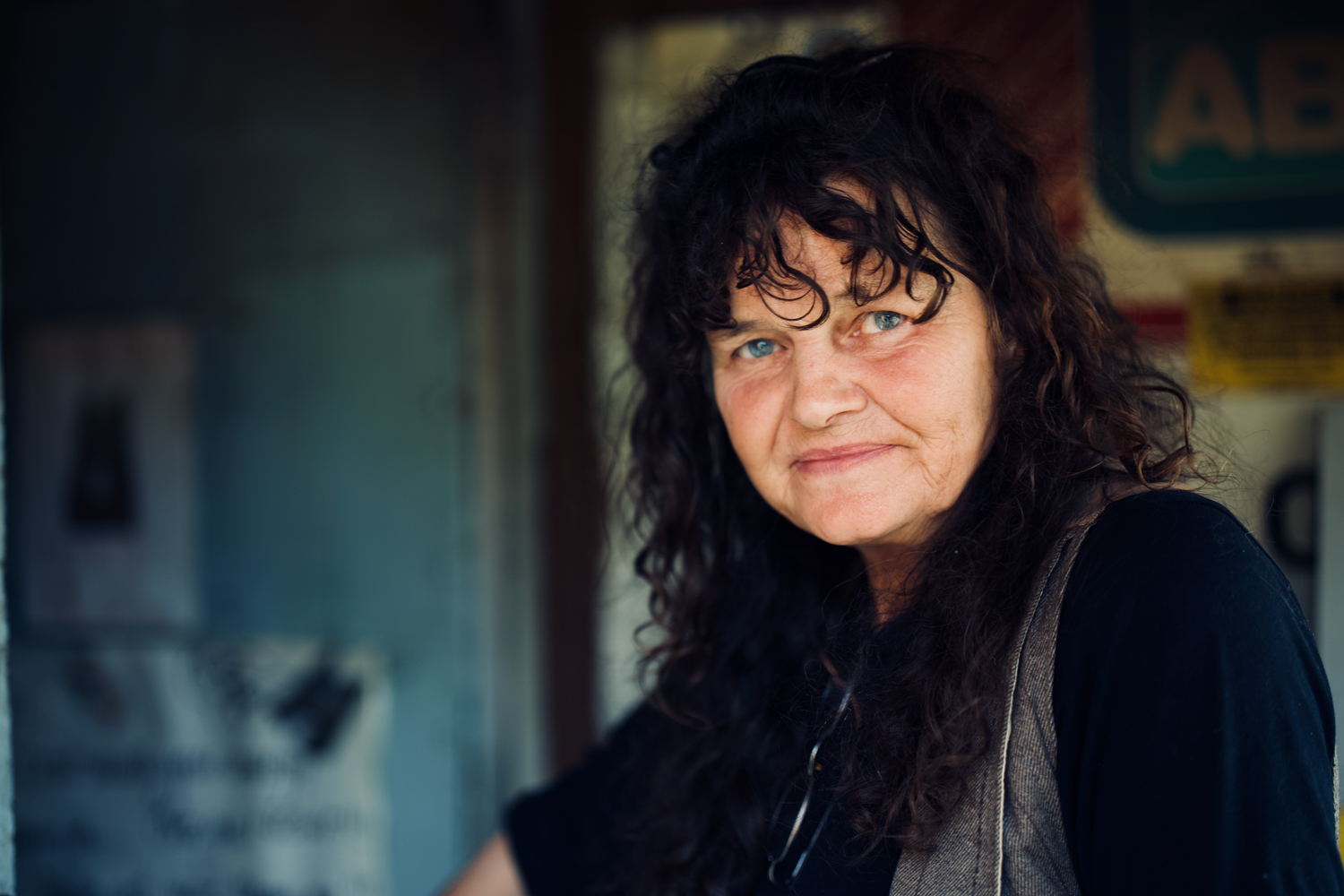 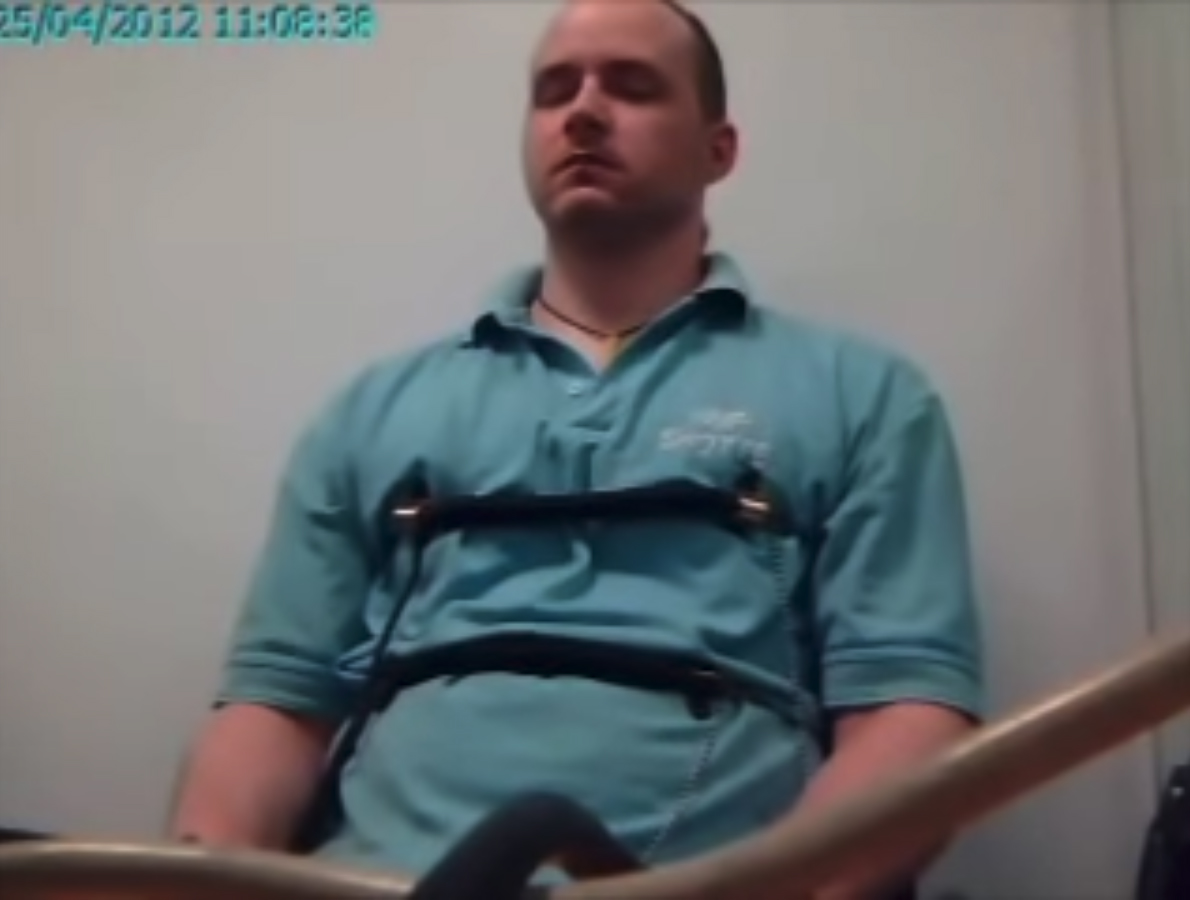 The jury took five hours to reach a guilty verdict – leaving Corinne and the family shocked and devastated.

“The judge had ordered us to be silent and I had to curb my emotions, but as soon as I got to the bathroom I broke down," she says.

“Luke’s father and I were allowed to be taken down to see him and he was in pure shock. His face was deathly white, and his lips were blue.

“He just looked at me and said: 'What the hell happened?'"

Since his conviction, three appeals have been rejected but, in 2014, a report by the Scottish Criminal Cases Review Commission condemned the police interrogation of Luke.

It found that “overbearing and hostile interrogation” was “designed to break him down and get the hoped for confession”.

It added: “Such conduct, particularly when the suspect is a 15-year-old youth, can only be deplored” and said Luke’s human rights were infringed.

Luke’s sentence has had a devastating toll on Corinne's health. She has had two strokes and now suffers from heart problems and emphysema.

Her problems were exacerbated by her losing her caravan business, which was targeted by vandals, and eventually her house, leaving her living in her former office with no electricity, heat or running water.

Corinne has never doubted her son’s innocence and says she is “proud” of the way he’s handled his stretch in prison.

“He could have been out years ago if he had said he was guilty,” she says. “But he's not going to say he did something he didn't do. 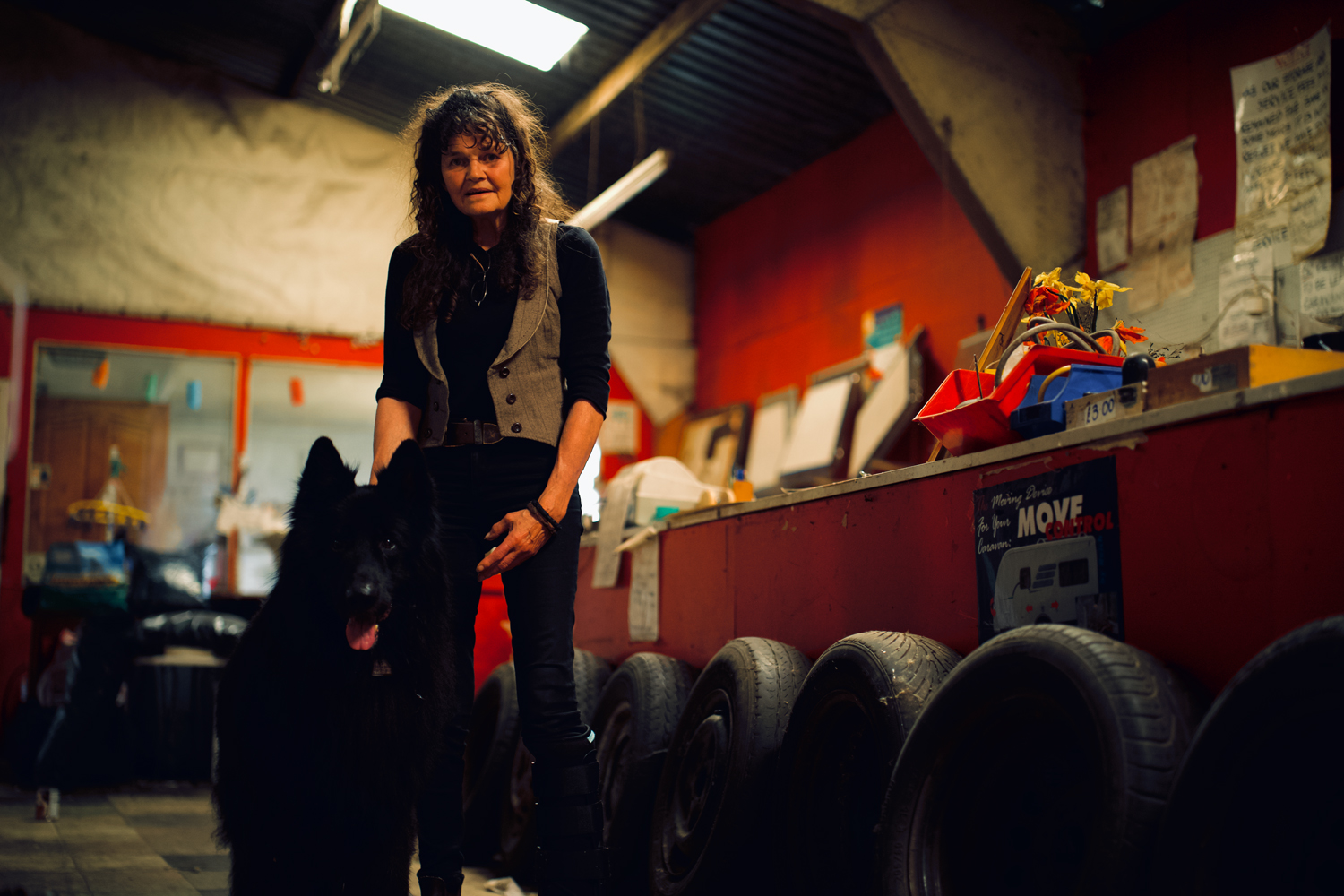 Speaking in the documentary, Luke is adamant that he will never admit guilt.

“Every time I’ve tried to speak out I’ve been shouted down as evil, manipulative and twisted,” he says.

“But I cannot be more clear. I absolutely did not kill Jodi. I will not admit to something I’ve not done. I want to clear my name.”

Now Corinne is hoping the documentary will prompt police to look again.

“Once it airs, I'm hoping people do the right thing, because Scotland locked up an innocent boy, and Jodi's murderer is walking free,” she says.