A woman who was repeatedly raped, bashed and threatened by a man who held her captive over five days in his Victorian home has told a court her degrading, terror-filled ordeal meant her life would never be normal again.

Robert William Wilson raped the woman 18 times during nine attacks at his home in Darley, north-west of Melbourne, between March 25 and 29, 2019, after the pair met on dating app Badoo weeks earlier. 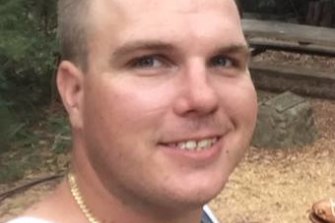 Robert Wilson has pleaded guilty to three counts of rape and other charges.Credit:Facebook

The County Court heard that Wilson committed vile sexual acts against the woman, repeatedly punched her to the face and head, stomped on her stomach, pointed a speargun at her head and threatened to kill her, constantly asking her: “Do you want to die?”

Halfway through the ordeal, Wilson told the woman she would never be able to leave his home and that if she disobeyed, he would turn her into a “money-making tool” and invite other men over, prosecutor Ruth Champion said on Tuesday.

When the woman’s worried friends contacted Wilson to ask where she was, he instructed the victim how to answer his questions and filmed her from behind, so her bruised, swollen face couldn’t be seen.

Wilson, a 35-year-old father of two daughters, pleaded guilty to three charges of rape, which cover all the sexual offences, and single counts of false imprisonment, intentionally causing injury and theft, related to $3130 he stole from the woman.

As Wilson faced the court on a video link from prison, seated with his hands clasped in front of him, Champion read the woman’s victim impact statement.

The woman, who cannot be identified, said she was subjected to “shameful, degrading, unbearably painful” abuse, although her will to survive remained strong.

“Over the days I was physically assaulted and violated I was not shown any mercy,” the woman wrote.

“I knew the whole time my life was under threat, that this person might kill me at any moment.”

The woman wrote she was “paralysed with fear” and worried about triggering Wilson’s anger if she protested too much, but the spirit of her late mother helped her hang on.

Three years on, she said there was no happiness in her life. She said she was lonely but could never be alone with a man again, had sleep problems and nightmares, and was “always on edge”. She said it took months for her physical injuries to heal. 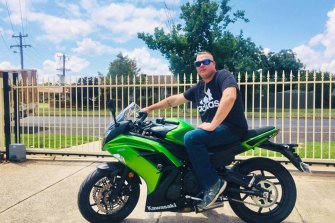 “My life will never be normal again,” she wrote.

Champion told the court that Wilson engaged in controlling behaviour from when he first met the woman in person, by deleting contacts in her phone.

He picked her up from her work on March 25, 2019, and told her they needed to talk at his home. As soon as they entered the home, the prosecutor said, Wilson punched the woman, stomped on her, picked her up by the ankles “like a rag doll”, strangled her, destroyed her jewellery and raped her.

The next day, an alarm activated when the woman took a step out of the bedroom and Wilson struck her to the body with an iron bar, threatened to kill her, pointed the speargun at her and raped her.

Champion said the woman had previously told her friends she feared Wilson and while she was missing the friends sent him messages on Facebook asking where she was.

He told them the woman was unwell and that she would be home by the Friday, and then he told her he would kill her friends. He also threatened to send degrading images of her to her family and friends if she went to the police.

Wilson drove the woman to her home on March 29. The first friend who saw her couldn’t recognise her because of her swollen eyes and bruised face.

He was arrested soon after, but only after he destroyed a mobile phone when an officer walked into the bedroom.

During an interview with police, Wilson said he punched the woman a few times but claimed the woman hurt herself when he pushed her and that the sex was consensual.

He said she had the chance to run had she wanted when men visited his home to inquire about a car he was selling, and while the pair were at a service station on the Thursday night.

He claimed that when he took the woman to her home she had a black eye but “looked pretty normal”.

Wilson’s lawyer will address Judge Fiona Todd on Wednesday. Wilson has been in custody since his arrest.
The Morning Edition newsletter is our guide to the day’s most important and interesting stories, analysis and insights. Sign up here.