A PARTY-pooper tried to kill off the festive spirit with their neighbors by sending them all cards telling them to quieten down at 10pm over New Year.

The killjoy was dubbed a “Karen” by a disgruntled resident in a Reddit post after they received the request in the mail in Houston, Texas. 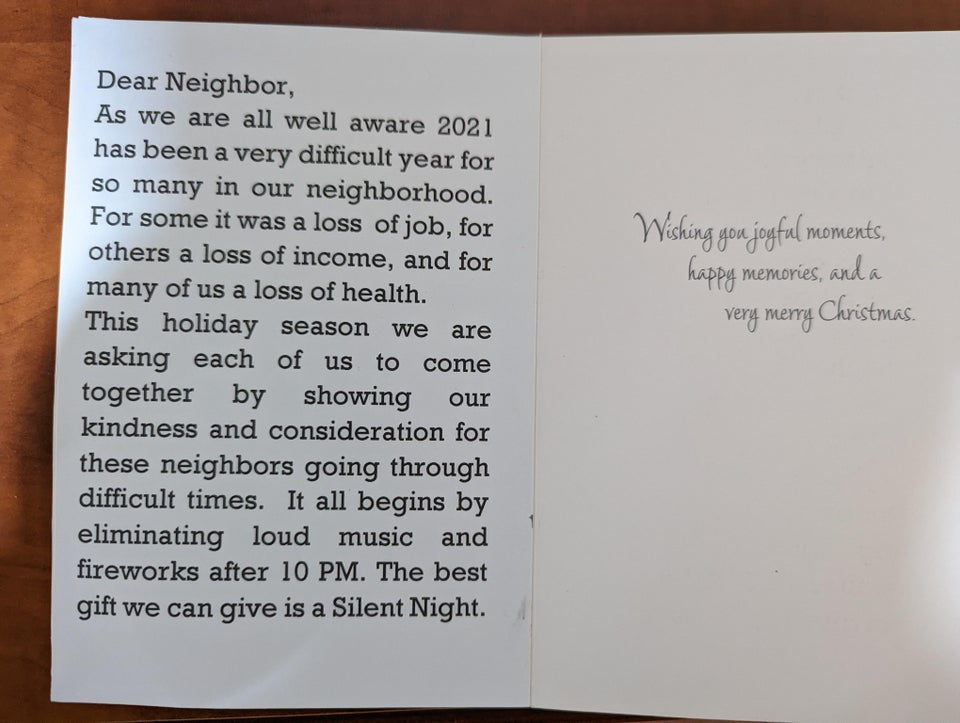 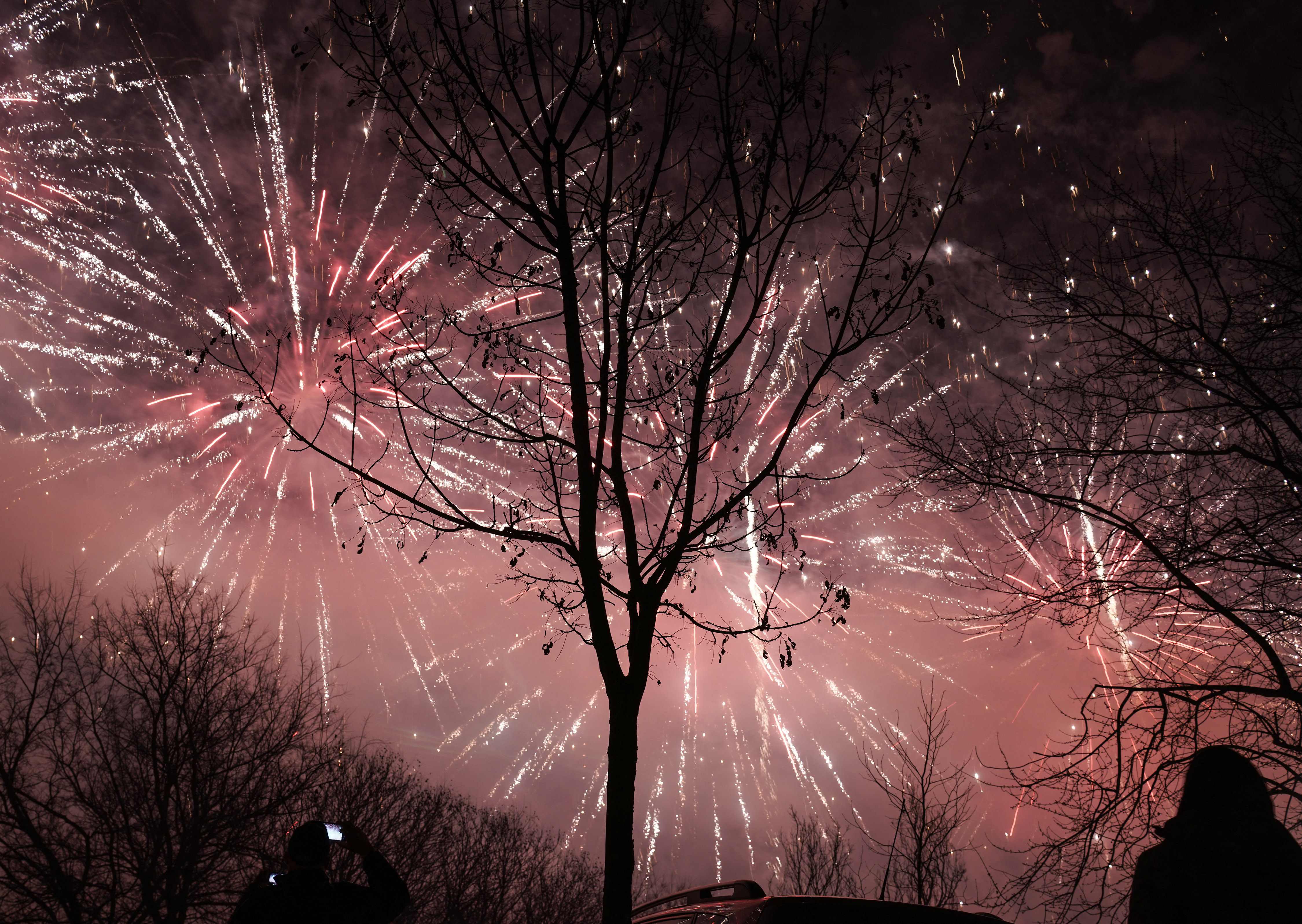 But the message inside didn’t spread much of the seasonal cheer as people geared up to celebrate Christmas and the New Year.

“As we are all well aware 2021 has been a very difficult year for so many in our neighborhood.

Boris Johnson NOT expected to impose more restrictions next week

“This holiday season we are asking each of us to come together by showing our kindness and consideration for these neighbours going through difficult times.

“It all begins by eliminating loud music and fireworks after 10pm.

The card concluded: “The best gift we can give is a Silent Night.”

One of those who received the anonymous card wasn’t happy and took to Reddit to write: " Some Karen mailed these out to my whole neighbourhood with no return address. I doubt this will be effective.

They added: “Honestly most of the noise comes from the apartments about a mile away because they like to shoot fireworks during Christmas and New Year.

“Not sure why they sent the cards to the houses as I've lived here for 27 years and I've yet to see anybody pop fireworks or have loud music anywhere other than the apartments.”

The post left people divided on the issue whether or not the person was right to ask for some peace and quiet over the holiday season.

One commented: "While that's a little out there I'm not really opposed to the message."

Another agreed, saying: "Yeah, it sounds like some rude a**holes are blasting loud music and launching fireworks after 10pm. I guess sending a card is more “Karen” than calling the cops."

"I'm kind of on Karen's side here. If she was saying 7 or 8 it would be one thing, but 10pm is a reasonable time to stop shooting fireworks and playing house shaking music," a third person added.

Another commented: "It's a little pass-agg and it IS NYE but IDK…."