Montreal: As Canadians nurse their pandemic blues by baking bread and pies with zeal, a mystery has engulfed the nation: Why is the country’s butter so hard and difficult to spread?

In normal times, such a question might have remained the preserve of foodies, bakers and butter fanciers. But with Canadians across the land stuck at home, the butter conundrum has spawned fervent social media chatter, scientific rumination, conspiracy theories and even the creation of a dairy working group. 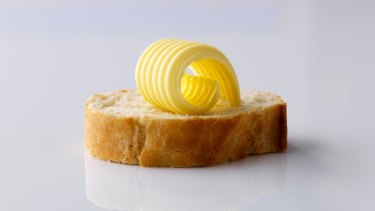 The state of Canada’s butter

The mystery began several months ago when Canadians, among them Julie Van Rosendaal, a Calgary-based cookbook writer, noticed that their butter was too hard to spread on toast and didn’t melt easily.

Seeking answers, Van Rosendaal, the mother of a carbohydrate-loving teenager and a fan of buttery dishes like cinnamon buns and naan, turned to social media. “Something is up with our butter supply, and I’m going to get to the bottom of it,” she wrote on Twitter earlier this month. “Have you noticed it’s no longer soft at room temperature? Watery? Rubbery?”

At first, Van Rosendaal said she thought her chilly Calgary kitchen was the culprit. So she conducted an experiment. She bought a dozen slabs of organic, French and Canadian butter, laid them out on her counter top and pressed down on them with her index finger.

While the French and organic butter were soft and unctuous, she said, most of the Canadian slabs were “firm like clay.”

“The butter is so hard — every time I need to bake or to spread it on my waffles, I would put it in the microwave to soften it,” she said.

After receiving dozens of tips on social media and consulting with dairy experts, Van Rosendaal homed in on a theory: To help meet the rise in demand for butter amid the pandemic, Canadian farmers were increasingly feeding their dairy cows palm fat-based supplements to help increase the cows’ milk output as well as the fat content of the milk. 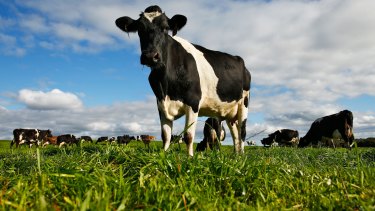 But the palm fat was having an unintended consequence, she theorised: It increased the level of saturated fat in the milk, thereby raising the point at which it melted and making it more difficult to spread.

After she posted her theory on social media and wrote about it in The Globe and Mail, a leading national newspaper, Canadians expressed a mix of fury, commiseration and delight at a possible explanation of why their butter was so hard.

The Dairy Farmers of Canada, which represents Canadian dairy farmers, said in a statement that there was no recent data to show that the consistency of butter had changed, and that it was not aware of any significant changes in dairy production.

Following the backlash, the group added that palm products were also used in Britain and the United States and helped provide energy to cows. “The inclusion of palm fat supplements in the cow’s nutrition is not a health or safety concern,” it said, pledging to create a group of experts to investigate the issue.

The Canadian dairy industry produced roughly C$15 billion ($15 billion) worth of products in 2019, according to government data, and dairy farming is part of nation’s social fabric.

Dr Sylvain Charlebois, the senior director of the Agri-Food Analytics Lab at Dalhousie University in Halifax, Nova Scotia, stressed that there was nothing illegal about giving palm fat to cows and that it was unclear how many farmers used it as a feeding supplement.

While there is a dearth of research into whether it could undermine the health of humans, he said, some studies suggested it could potentially increase certain heart disease risk factors in some people.

Nevertheless, Charlebois, who has helped fan the debate, said the dairy sector had been using palm fat for at least a decade without consumers’ knowledge. Palm fat, which is produced in Indonesia and Malaysia, has detrimental environmental impacts such as deforestation, he added.

“The dairy sector is undermining the moral contract between the sector and Canadians by not being more transparent about what they are feeding the cows,” he said.

Nevertheless, Chesterman said she was sceptical about the hard butter theory. “Canadians used to complain our butter was too watery, now it’s too firm,” she said, observing that firmer butter was an advantage in baking since butter softens quickly.

But she added: “I do sometimes need to use a blow torch to try and soften it.”