One of the aged care industry’s leading financial strategists says residents with the ability to pay large deposits should be charged more to generate an additional $3 billion revenue for the cash-strapped sector.

Aged care groups have voiced support for the proposal, to be launched next week by chartered accountancy firm StewartBrown, which specialises in providing advice to the aged care sector.

“At the moment, what you pay if you’re in aged care, it’s inequitable,” said Grant Corderoy, a senior partner at StewartBrown regarded as one of Australia’s foremost aged care financial experts. 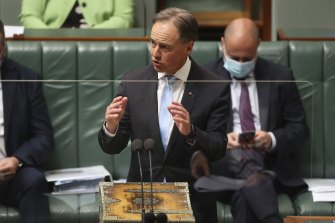 Around 240,000 Australians live in aged care homes and pay either a daily fee set at 85 per cent of the aged pension, or a “Refundable Accommodation Deposit” – a lump sum costing hundreds of thousands of dollars (it varies depending on providers) when they enter a home. This lump sum is refunded to the resident’s family when they die, or is returned to the resident if they leave the home.

Under the current system, the entire deposit is returned to the resident or their family. “Plan B” would see providers keep a portion of the deposit based on the length of their stay.

“If you can afford to pay the Refundable Accommodation Deposit, it’s far cheaper,” Mr Corderoy said. It meant those with the ability to pay more were often paying the least for their aged care accommodation.

Under the “Plan B” proposal to be launched at an aged care summit next week, each resident would pay a daily “rent” based on what their assets showed they could afford.

An outline of the plan, published in aged care and retirement living magazine The Weekly Source, said the proposed user-pays model “is not about shaking down Granny, but paying a fair and reasonable price for a quality service in your last few years of life”.

A spokeswoman for the Department of Health, which oversees aged care, on Monday rejected the proposal, saying the government was not considering higher fees for residents and had already ruled out an across-the-board levy in response to the Aged Care Royal Commission. Labor declined to respond.

The royal commission looked closely at how homes are funded and recommended establishing an independent pricing authority to “restore confidence” in what residents are charged.

The royal commission also recommended an immediate $10 increase in the daily fee paid to operators for each resident; the Morrison government agreed to pay that increase from July 1 this year, and also backed the establishment of a new pricing authority. 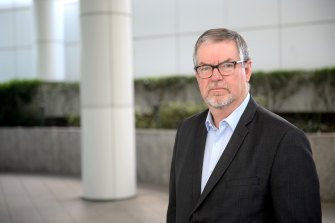 Mr Corderoy said accommodation costs now were inequitable, and discussion was needed ahead of May’s federal poll so that, whoever won government, a new funding model could be considered for the 2023 budget. ”Whatever happens after the election, we will have a new aged care minister,” he said. Aged Care Minister Greg Hunt will leave Parliament at the next election.

While the government ruled out an increased focus on “user-pays” funding, the plan has won qualified support from aged care groups.

Paul Sadler is chief executive of Aged and Community Services Australia, the body representing not-for-profit homes. He said his group agreed in principle with the “Plan B” proposal.

“Running a campaign about user-pays in aged care in an election campaign is probably not the right time,” he said. “We’re focusing on workforce issues rather than the issue of who pays because we want to support a workforce that’s been through the traumas of Omicron and the pandemic over the past two years.”

Joseph Ibrahim, who heads Monash University’s Health Law and Ageing Research Unit, said access to high-quality aged care should be a universal right, just as healthcare was regarded in Australia, and not dependent on users paying in order to guarantee a decent standard of care.

Professor Ibrahim, who works both as an academic and an aged care doctor, said most companies operating aged care homes would agree “with the Liberal Party’s philosophy of a free market in aged care”. But he said the alternative government had not made its position clear on how it might run aged care differently if it was elected in May. “Labor hasn’t over-extended itself to set up aged care as anything like healthcare,” Professor Ibrahim said.

Council On The Ageing chief executive Ian Yates said his organisation was broadly supportive of the idea that users pay more where they could afford it.

“A young family trying to pay childcare and a mortgage cannot be fully subsidising the care of a person with a $2 million house and $100,000 a year income,” Mr Yates said, pointing out that this happened regularly under the current system.

This was inequitable both for those on lower incomes in cities, and for those living in the regions, where houses were worth exponentially less than in big cities.

“In some country towns, that might be almost the whole value of your house, whereas in, say, Sydney’s upper north shore, it’s the difference between the upper and lower levels of what the real estate agent thinks you’ll get for your house. There’s just no equity in that at all.”