NSW Attorney-General Mark Speakman expressed hope that the government’s response to the ice inquiry will be delivered by the end of the year, adding he was confident that answers will be given by Christmas.

It has been almost two years since commissioner Professor Dan Howard SC handed down 109 recommendations for drug reform. Subsequently, Professor Howard has sharply rebuked the government over its inaction, with peak medical bodies saying the delay was costing lives. 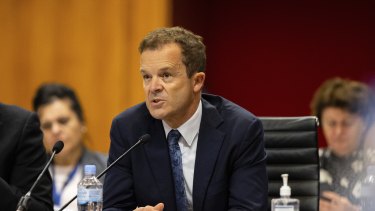 Facing questions about the hold-up during a parliamentary hearing on Monday, Mr Speakman said he felt the “angst” of the government’s critics. He said he was unable to say exactly when the response would be delivered. However, he expected it would be “sooner rather than later”.

“I hope I’ll be able to say good things come to those who wait. I think a final response is imminent,” Mr Speakman told the budget estimates hearing.

“I would be disappointed if it were not this year.”

The Attorney-General used his opportunity at the hearing to ramp up his rhetoric that tackling drug addiction was ultimately a health issue rather than one for the justice system, following on from media reports NSW cabinet is considering broadening court diversion programs to include heroin and ice users. 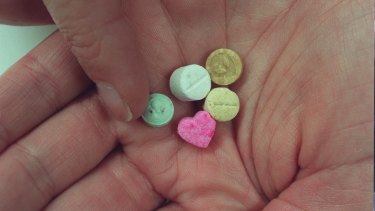 The ACT has expanded pill testing trials while the NSW government continues to reject the harm minimisation tactic.Credit:Viki Yemettas

Mr Speakman declined to comment on cabinet considerations, only hinting at reforms in that area potentially being able to be led without changes in legislation.

However, harm minimisation advocate Matt Noffs, who heads drug treatment service Ted Noffs Foundation, said that if the state was serious about addressing drug crime and dependency, ice and heroin users must be included in court system diversion plans.

“Ice and heroin have to be included in these discussions if we’re really interested in being tough on crime, if we’re interested in reducing problematic drug use,” Mr Noffs said.

Professor Howard delivered a four-volume report to the Berejiklian government on January 28, 2020, following months of harrowing evidence from health and judicial experts, as well as families and communities affected by crystal methamphetamine and other amphetamine-type stimulants. 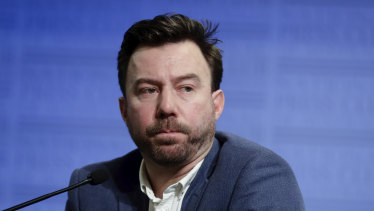 The ACT government, which has trialled pill-testing at music festivals in Canberra, has recently dedicated $260,000 for a six-month trial of a fixed-site drug testing facility, which is likely to be set up in the city’s centre.

Mr Speakman repeated the government’s position that allowing pill testing would send a signal which normalised drug use, adding there was another recommendation from the inquiry about broader analysis of seized substances and the government would be responding to that.

The government recently announced it would expand the services of the Dubbo Drug Court, which focuses on addressing drug dependency and criminal offending through intervention programs.

Mr Speakman described it as a “significant down payment” on the government’s response to the ice inquiry.