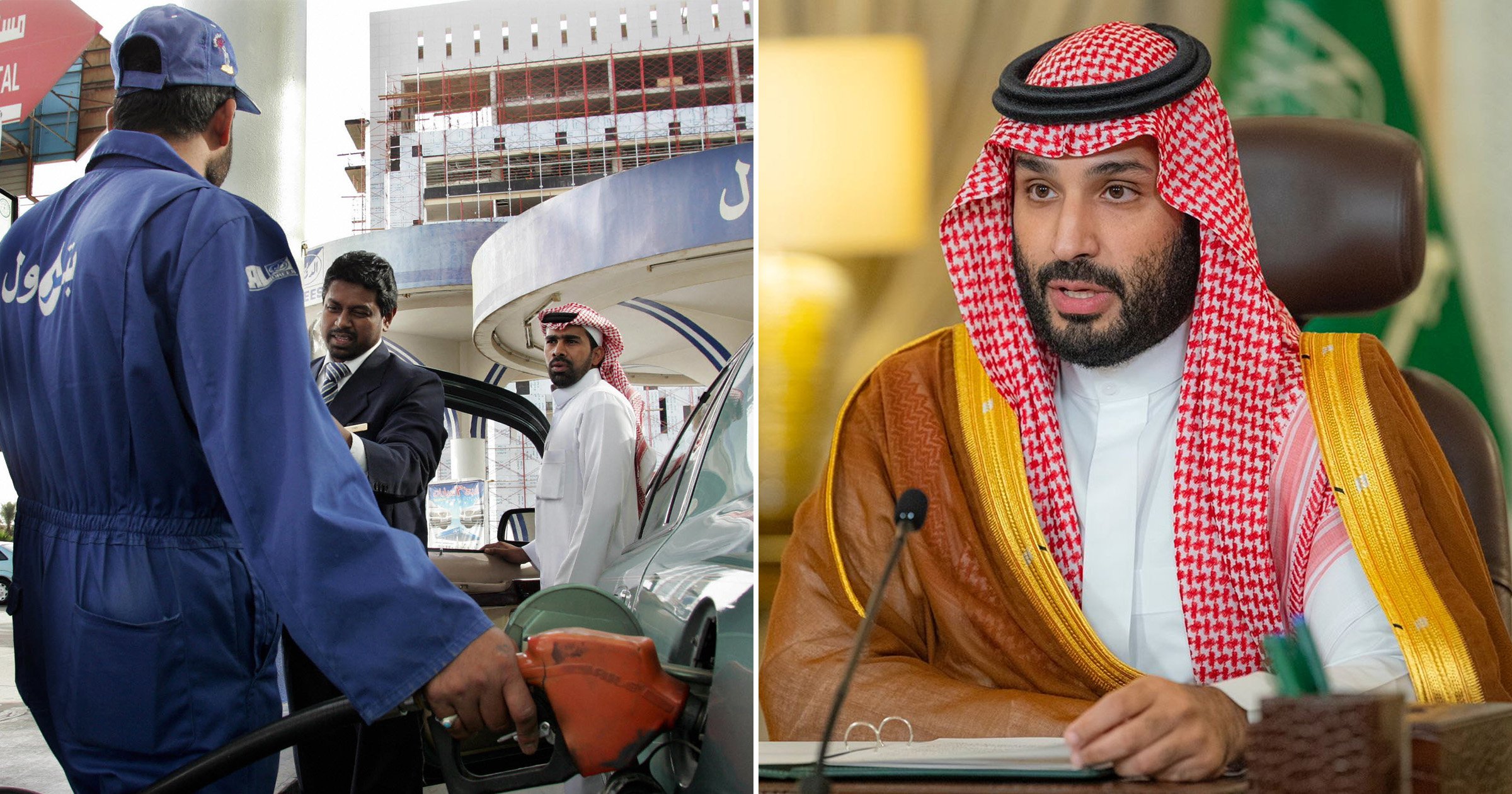 Saudi Arabia, one of the world’s largest oil producers, has announced it aims to achieve net zero by 2060.

The wealthy kingdom’s pledge will be seen as a boost to ambitions over what can be achieved at next week’s Cop26 conference in Glasgow after a series of setbacks.

But Saudi Arabia’s commitment comes with a clanging caveat attached: it doesn’t include the emissions it exports through the sale of oil.

The domestic target won’t include the environmental impact of its main industry, which is forecast to earn bring in £126 billion this year alone.

The announcement, made by crown prince Mohammed bin Salman in scripted remarks at the start of the kingdom’s first-ever Saudi Green Initiative Forum, was timed to make a splash before the start of the summit.

Saudi Arabia is home to roughly 17% of proven petroleum reserves and supplies some 10% of the world’s oil.

The prince vowed Saudi Arabia will plant 450 million trees and rehabilitate huge swaths of land by 2030, reducing more than 270 million tons of carbon emissions a year and attempting to turn the landlocked city of Riyadh into a more sustainable capital.

The kingdom joins the ranks of Russia and China on their stated net-zero target date of 2060, while the United States and the European Union have aimed for 2050.

Climate activists have criticised the lack of detail attached to the plan and analysts have pointed out resources not used domestically could simply be sold for higher prices in countries where demand is expected to grow in coming years.

But the UK government will be relieved to have one of the world’s big energy players seemingly engaged and ready to take a seat at the table ahead of next week.

In a major blow to proceedings, China’s premier Xi Jinping is reportedly set to snub the conference.

His country is going through a major energy crisis which is threatening the stability of its economy and he will be reluctant to commit to phasing out fossil fuels at a time when demand is already severely stretching supply.

Russian president Vladimir Putin is also set to miss the conference but the Kremlin says he will ‘participate remotely’.

Chancellor Rishi Sunak was asked on The Andrew Marr Show on BBC One on Sunday what the cost would be, as he insisted that ‘very good progress’ was being made towards the UK’s climate commitments.

Previous government estimates have put the cost of decarbonising the economy at £1.4 trillion but Mr Sunak refused to set out his economic forecast.

He said: ‘It’s very difficult to put a single figure on something that’s going to happen over the 30 years, three decades, during which lots of things are going to change, not least the cost of many of these technologies.

‘So you know, I can’t reduce it to one single figure.’

He said the public should be reassured progress was being made but when asked whether the figure was simply ‘too scary’ to include in a recent Government report on reaching net zero, Mr Sunak said: ‘No, again I think that something that happens over 30 years, the transition of an entire economy, I think it is tricky to put a precise figure on it.’