There is a largely silent issue going unnoticed in as many as two children in every classroom across our country.

And if left undiagnosed, it has the potential to cause lifelong language problems that may impact a child’s psychological, academic, and vocational wellbeing and success. 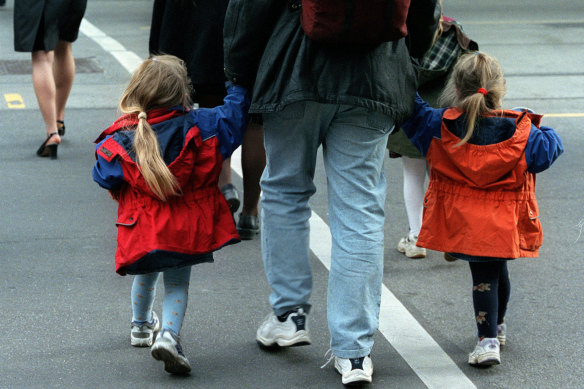 Girls are missing out on help in our schools. Credit:Gabriele Charlotte

It’s called developmental language disorder and it’s a brain difference that makes talking and listening difficult, for no known reason.

Our new study, led by Curtin University in partnership with my co-author Dr Lizz Hill, is the first to detail the prevalence of the disorder in Australian children, after we examined the language skills of more than 1600 10-year-old children as part of the Raine Study, the nation’s longest running public health study.

Existing research suggests young boys are at greater risk for the disorder, but we found no differences between boys and girls meeting criteria for the childhood condition. This highlights a concerning “referral basis” that is seeing more young boys referred for clinical services despite young girls being just as likely to be diagnosed with the disorder. That means more boys are getting the help they need while just as many young girls continue to suffer in silence.

I’m worried that more young girls are not being diagnosed with developmental language disorder given the potentially lifelong consequences of not receiving the appropriate care and support.

An alarming number of children aren’t getting the help they need, meaning they may go their entire lives without realising a language disorder could explain why they had such a hard time learning at school or struggled in social situations more than their peers.

It is therefore vital for parents, educators, and health professionals to be vigilant in advocating for young girls with language and learning challenges to ensure they receive the same support boys are receiving.

There are some key signs for parents and teachers to look out for. These include a child struggling to find the words to express their ideas; having trouble organising sentences, having conversations or telling a story; finding it hard to understand words, follow instructions or answer questions; losing track of what someone has said; having difficulty paying attention; and struggling with reading and writing.

If parents or teachers notice that communication difficulties are impacting a child’s participation at school or their ability to play with other children, I would urge them to work together to seek a referral to a speech pathologist.

Ultimately, we believe this issue is so serious – and so underreported – that we would like to see speech pathologists employed in schools to address the functional impact of this disorder.

And while there is no known cause for it, our study identified a number of common key risk factors that would place a child at higher risk.

We found that a higher proportion of 10-year-old children meeting the criteria for developmental language disorder were born pre-term, exposed to smoking in pregnancy, had a father that did not live at home, and were read to less than once per week as a three-year-old.

After analysing the experiences of more than 1600 children, we found smoking in pregnancy was the most significant predictor of a child being diagnosed. In fact, a child was 2.56 times more likely to be diagnosed with the disorder if their mother smoked during pregnancy than those whose mothers did not smoke at 18 weeks’ gestation.

It is critical we identify and support these children early to promote the best possible outcomes. This includes raising awareness of the potential impact of smoking during pregnancy on a child’s lifelong language and communication skills.

Language difficulties have the potential to impact all facets of a child’s life so we must identify any concerns early and ensure these children get the support they need.

Oral language skills are the foundations for literacy and numeracy success, so it’s incumbent on us all to give children the best possible chance.