A HERO dad who bravely tried to shield his adopted three-year-old daughter from a gunman has been buried alongside her in a single coffin.

Lee Martyn, 43, and little Sophie were among five victims killed by loner incel Jake Davison during a 12-minute shooting spree in Plymouth, Devon. 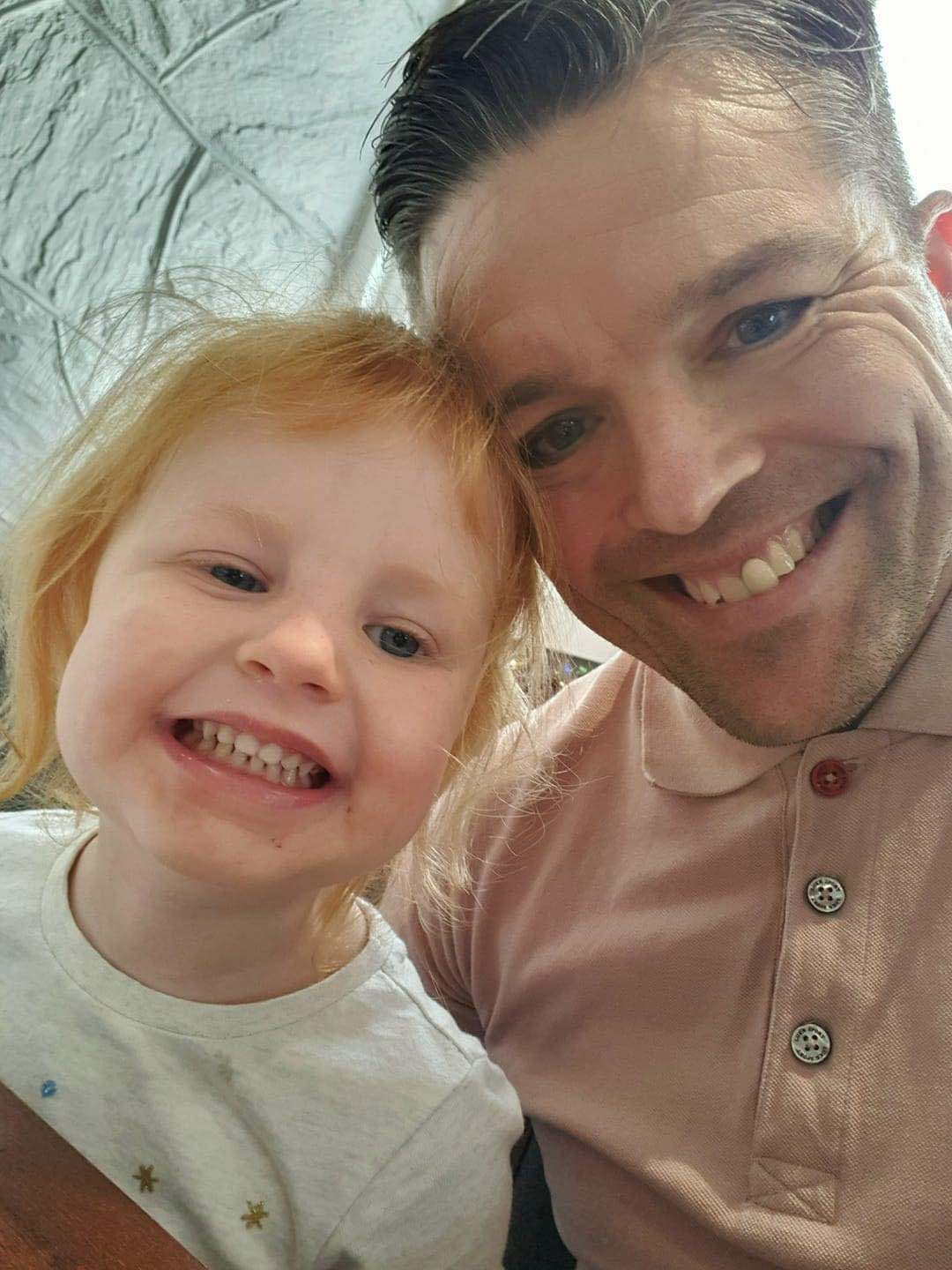 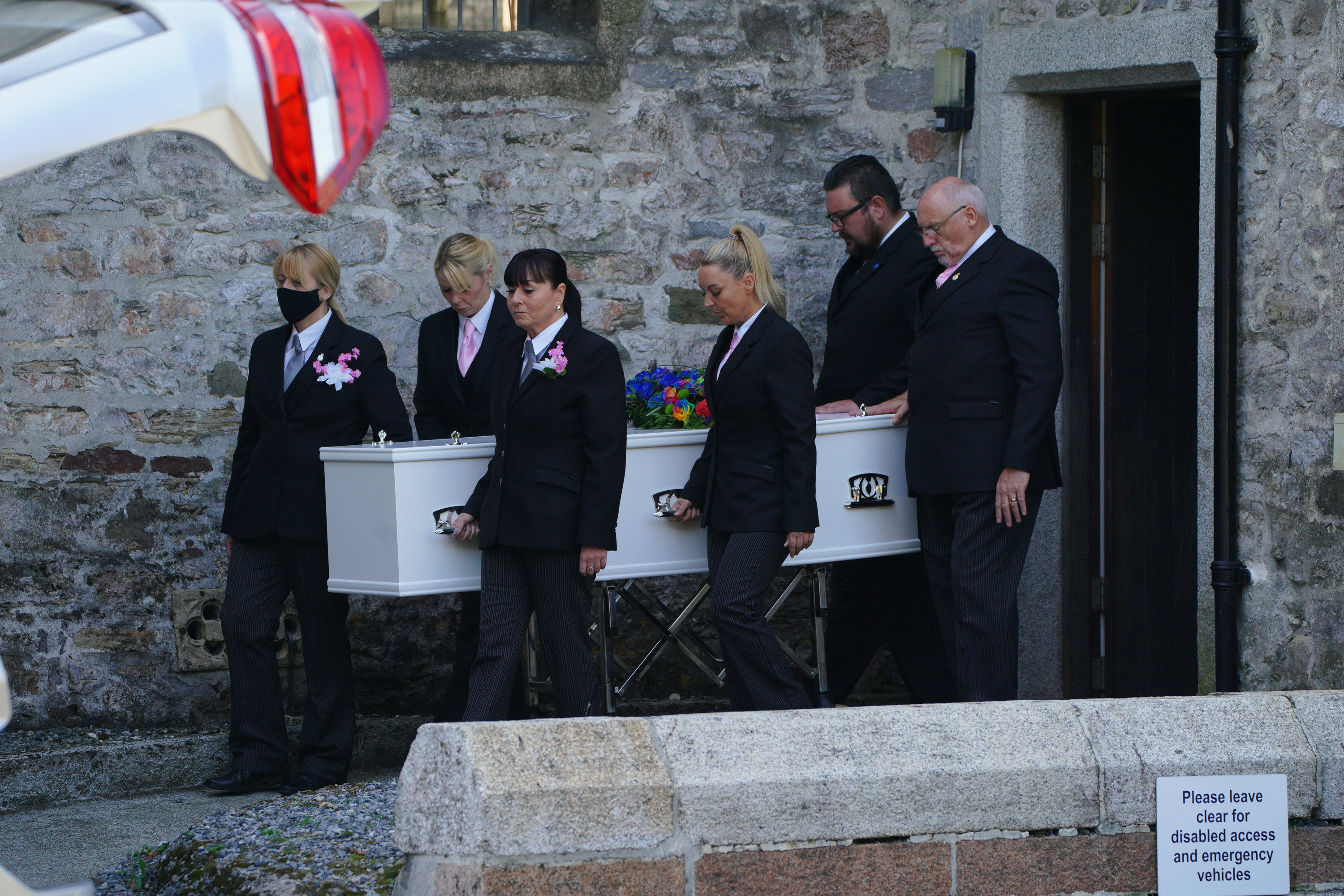 Family and friends of Lee and Sophie gathered inside the church, in Royal Parade, Plymouth to pay their respects.

About 300 people filled the church, many dressed in black, while others waited outside during the hour-long service.

A single white coffin was taken into and out of the church by pallbearers.

Lee tried to save Sophie as Davison carried out his attack on August 12 which left five dead – including his own mother Maxine – before he turned the gun on himself.

Toshiba worker Lee had been walking home with his adopted daughter when Davison, 22, turned his sights on them and pulled the trigger.

Tributes flooded in for Lee who, along with wife Becky, had adopted little Sophie around two years ago.

Lee had posted a picture on Facebook of the youngster, saying: “We finally adopted Sophie after nearly 15 months! Game changer.”

A close pal of nearly 30 years said: “Lee was a brilliant friend and loved by a lot of people.

“He was a genuine, caring guy, an amazing husband and dad.

“Sophie was just a beautiful little girl, cheeky and full of life.

“What’s happened to them is the stuff of nightmares.”

Davison targeted his victims at random as he stalked suburban streets with his pump-action shotgun.

Minutes earlier, he had shot dead his 51-year-old mum Maxine in her home.

He then brought horror to the quiet streets — targeting four passers-by unfortunate enough to cross his path.

Sophie was just a beautiful little girl, cheeky and full of life. What’s happened to them is the stuff of nightmares.

Also among the dead was Stephen Washington, 59 — killed as he walked his two beloved huskies.

And Kate Shepherd, 66, was gunned down outside a hairdresser’s in nearby Henderson Place.

Davison's social media usage suggested an obsession with "incel" culture, meaning "involuntary celibate", as well as an interest in guns and the US.

He had received mental health support from a local service and reports have suggested his mother had been struggling to get help for her son.

Since the shootings three separate inquiries, by the Plymouth coroner, the Independent Office for Police Conduct (IOPC) and the National Police Chiefs Council (NPCC), have been launched.

The Government is also planning new statutory guidance, including asking doctors to undertake medical checks on anyone applying for a licence, and inquiries into social media usage.

Just five weeks before the tragedy, Devon and Cornwall Police had given Davison his shotgun and licence back after it had been seized the previous December.

He had accepted a place on the police's Pathfinder scheme, a voluntary alternative to being cautioned or prosecuted, after admitting assaulting two youths in a park.

The shotgun was only seized after a scheme worker raised concerns directly with the police, the IOPC said.

After completing the scheme and undergoing a review by the firearms licensing department, the shotgun and certificate were returned to Davison on July 9.

Davison had applied for a shotgun certificate in July 2017 and a certificate was issued in January 2018, valid for five years.

He legally purchased a shotgun in March 2018, which he used for clay pigeon shooting. 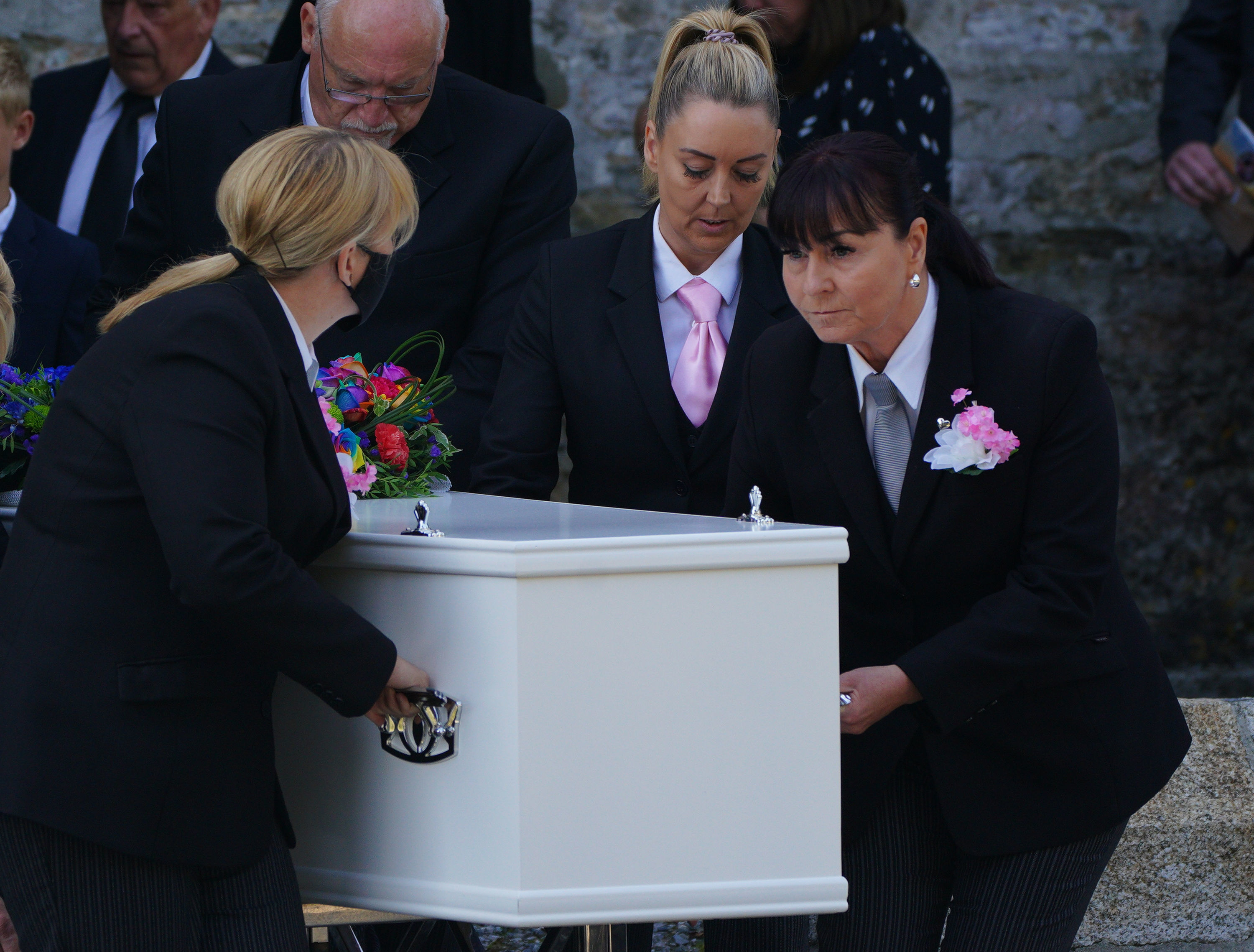 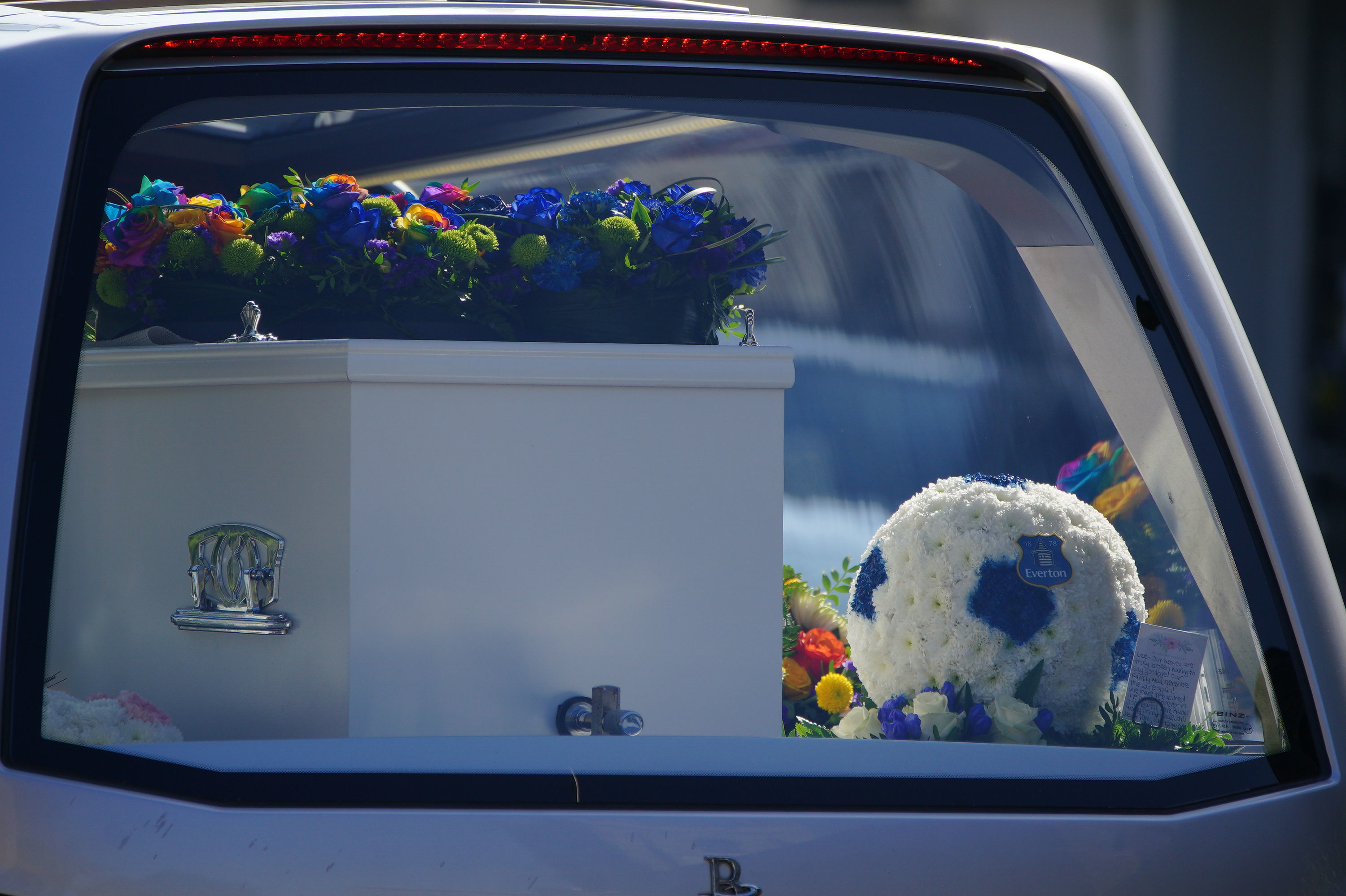 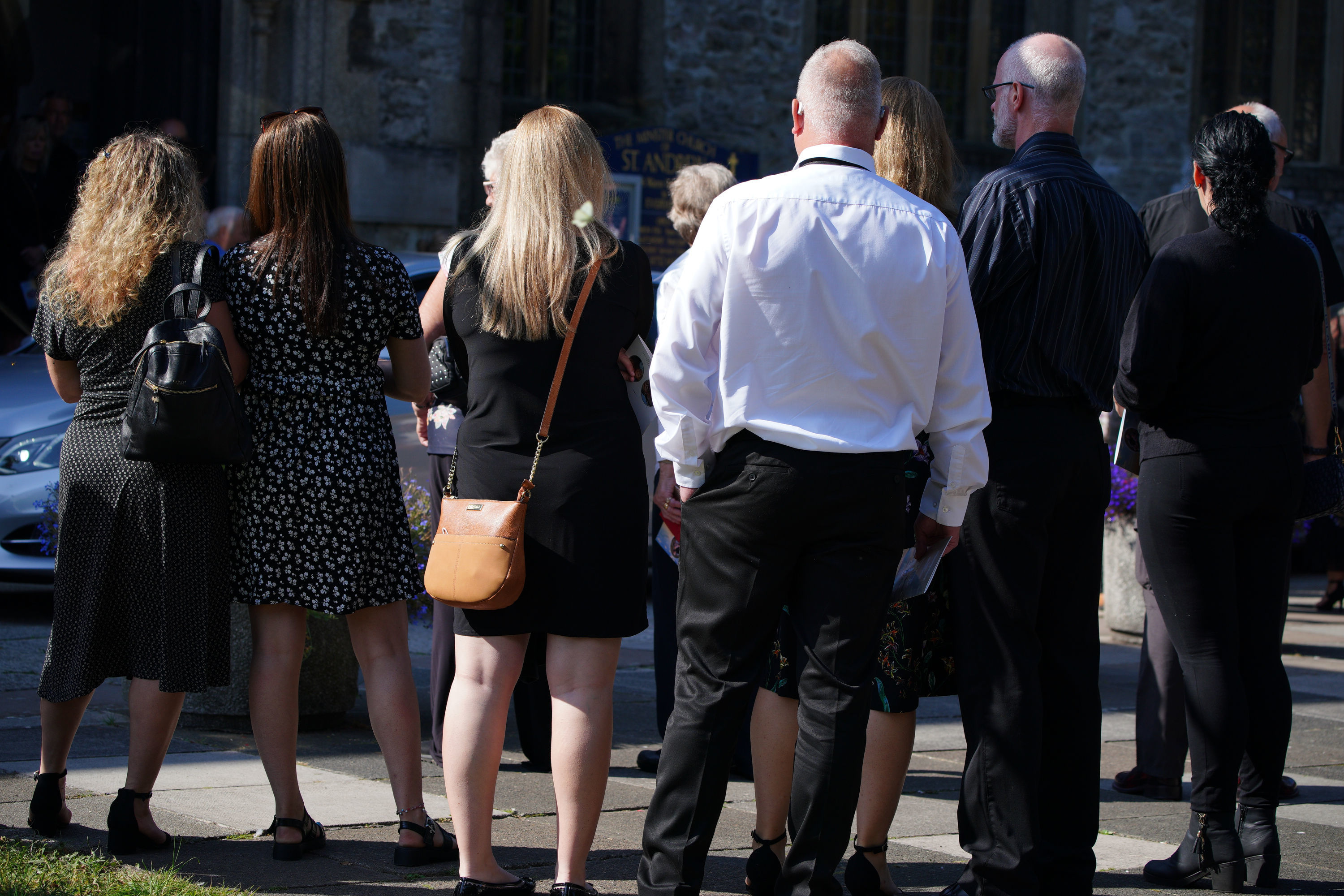