Police are appealing to the public to help find two missing girls who were last seen in the early hours of Monday morning in Melbourne’s outer south west. 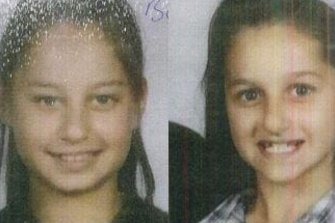 Missing sisters Bushra, 14, on the right, and Aruba, 12, were last seen at an address in Little River.

Sisters Aruba, 12, and Bushra, 14, were last seen in Calvert Road, in Little River, about 49 kilometres south west of Melbourne, about 2am on July 26.

“Police and family have concerns for their welfare due to their age and the length of time they have been missing,” police said.

The sisters have now been missing for more than 24 hours.

Police have also released an image of the pair in the hope someone will recognise the girls and contact police with information about their whereabouts.

Anyone with information is urged to contact Corio Police Station on 5247 3500.