The Duke of Cambridge should cut ties with the boss of P&O Ferries’ parent company, a former minister said yesterday.

The pair were pictured together at the firm’s flagship Jebel Ali Port in Dubai last month. 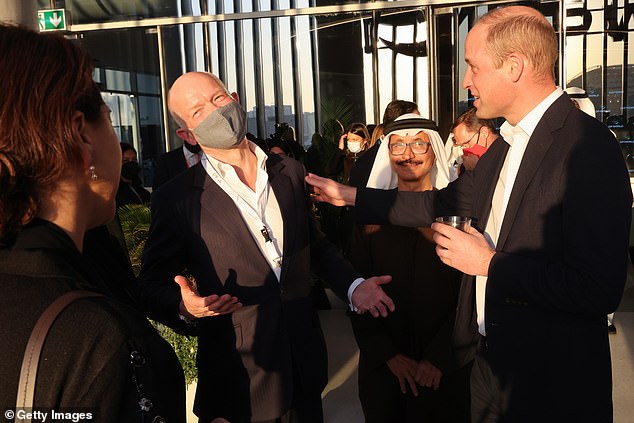 DP World is also a ‘principal partner’ of United for Wildlife, an initiative established by the prince in 2014 to help counter illegal trade in wildlife.

Former Home Office minister Norman Baker said the royal ‘should consider cutting all links with DP World’, adding: ‘It’s not a great look for Prince William to be associated with such a company.’

DP World, which is ultimately owned by the Dubai royal family, pays bin Sulayem £5million a year. Previous guests of his in Dubai include Boris Johnson, who came to Jebel Ali in 2013 during his tenure as mayor of London.

In Britain, DP’s deep-sea container port in Southampton has been granted freeport status – which brings certain tax advantages. The firm has also invested in a similar Thames Freeport project in Essex.

Last night a senior UK official quit DP World’s board, stating he could not support how P&O Ferries ‘carried out this restructuring’. A spokesman for Mark Russell CBE, vice chairman of UK Government Investments and chairman of the Ministry of Defence’s procurement organisation, said he ‘has written to the chairman of DP World to tender his resignation’. The P&O Ferries furore is not the company’s first high-profile industrial dispute.

In 2013 the International Transport Workers’ Federation voted to organise a global campaign to pressure DP World to discuss workers’ rights. The company was accused of an ‘unlawful and aggressive attack’ on family life in its dispute with dockworkers in Australia, with the two sides reaching a deal in 2020. Another long-running dispute in a port near Mumbai saw DP World resist staff attempts to form a union, leading to strikes.

The company is also heavily involved in Russia’s attempts to create an Arctic shipping route known as the Northern Transit Corridor. It has committed to invest £1.5billion with the Russian sovereign wealth fund.

DP World did not respond to a request for comment.