One of the key architects of the National Disability Insurance Scheme has called for the immediate abandonment of independent assessments to determine whether people with disabilities are eligible for funding.

The NDIS is trialling the use of independent assessments where a government-contracted allied health professional assesses eligibility based on a standardised three-hour consultation instead of reports from the applicant’s own medical specialists.

Professor Bruce Bonyhady told a parliamentary inquiry he totally opposed the independent assessments, which he said were driven by cost cutting and would “fundamentally damage the NDIS”. 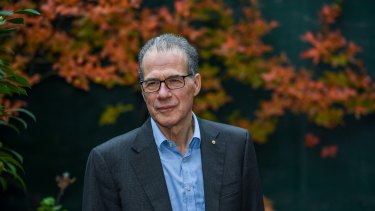 One of the key architects of the NDIS, Professor Bruce Bonyhady.Credit:Joe Armao

He said the assessments were not independent and should be called “robo-planning” because, like robo-debt, they applied mathematical formula in ways it should never be used.

“Robo-planning could be used to exclude participants, cap plans or change the NDIS eligibility criteria,” said Professor Bonyhady, who was the inaugural chair of the National Disability Insurance Agency from 2013 to 2016.

“These planned reforms completely undermine the vision of the NDIS and as a result they’ve caused tremendous fear, anxiety and anger amongst people with disability, their families and carers. Trust between the National Disability Insurance Agency and the disability community has reached new lows, which is extraordinary.”

The federal government says independent assessments will remove the need for people with disabilities to spend time and money on reports to prove their eligibility for funding.

There are concerns in government that wealthier people are getting a bigger share of the taxpayer funding that covers therapy, equipment and other costs of disability, while those in greater need are potentially missing out.

However participants and disability groups fear the assessments won’t give a true picture of people’s needs, will be conducted by professionals with no expertise in their disability and are a stealthy way of cutting costs.

The NDIS had planned to begin mandatory assessments by the middle of the year but the new NDIS minister, Linda Reynolds, this month flagged the rollout would be put on hold . She said she would be closely assessing the independent trial outcomes before introducing legislation.

But Professor Bonyhardy, who is now the director of the Melbourne Disability Institute at Melbourne University, said the trials should be abandoned immediately before they caused further needless distress.

He told the Joint Standing Committe on the NDIS on Friday the assessments used standardised tools for purposes for which they were never designed and there was not a “shred of evidence” of their validity.

“The claim that the tools are ‘globally recognized assessment tools to ensure consistency and fairness’ is false, he said.

He was also concerned independent assessments would not be reviewable by the Administrative Appeals Tribunal.

“I believe we’re going down this path, because the government and the agency are concerned about the scheme’s sustainability. So the real driver of all of this is cost cutting,” said Professor Bonyhady.

“The fact that robo-planning has reached the current stage of implementation is a disgrace. It should have been stopped long before now… The NDIA and the government need to go back to the drawing board.”

The Joint Standing Commitee’s inquiry into independent assessments is also hearing from groups including the Australian Psychological Society, Children and Young People with Disability Australia, Allied Health Professionals Australia and the Australian Autism Alliance at today’s public hearing in Melbourne.