Now Maro Itoje is tackling a controversial injustice off the pitch – the ‘digital divide’, in which poorer pupils struggle to learn at home in lockdown.

The 26-year-old, tipped as a future England captain, said it should be an ‘absolute priority’ for every pupil to have a laptop for virtual classes.

It follows warnings that youngsters from poor backgrounds risk falling behind. Itoje, nicknamed ‘Super Maro’ for his barnstorming performances, called on ministers to do more in a campaign which echoes footballer Marcus Rashford’s efforts on free school meals.

The 6ft 5in flanker, who won a sporting scholarship to Harrow, wants to see computers and free broadband installed into the homes of the estimated 1.78million children locked out of online lessons. 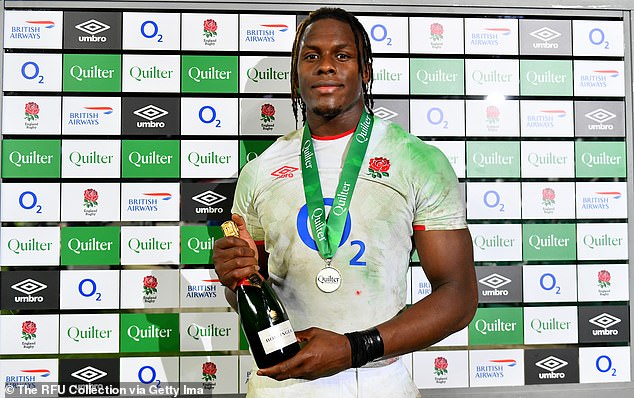 Maro Itoje is tackling a controversial injustice off the pitch – the ‘digital divide’, in which poorer pupils struggle to learn at home in lockdown

Itoje, who has 260,000 followers on Instagram and 90,000 on Twitter, has used his social media presence to put pressure on the Government. He said he had been inspired by Manchester United striker Rashford’s campaign.

Both men are represented by Roc Nation, a talent agency founded by hip-hop star Jay-Z, which has backed campaigns for social improvements in the US.

Itoje told The Sunday Times: ‘What Marcus has done has been amazing – continually holding the Government to account and being a voice for the most vulnerable children. For me, it is about getting the kids what they need and any way I can help do that I will.

‘The absolute priority right now is guaranteeing children have devices to learn. When they go back to school we need a review on access to laptops to support careers in a digitally-driven world.’ 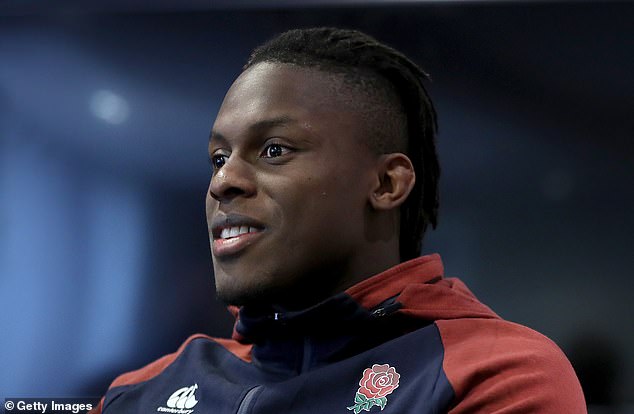 Itoje, who has 260,000 followers on Instagram and 90,000 on Twitter, has used his social media presence to put pressure on the Government.

Itoje – England’s highest-paid rugby star on a reported £1million a year – said every Harrow pupil had a computer in their room. He stressed his Nigerian-born parents had ‘hammered home’ the importance of a good education to him.

He said: ‘My parents constantly reinforced the importance of education – that if you work hard at school and get good grades you can create a better life for yourself. Now in this pandemic we are taking that away from the children who need it most…There is a digital divide that could have a big impact on the next generation.

‘There is a big disparity between the best schools and worst in normal times – and this will make it bigger.’ Last year, the Government promised to distribute devices to disadvantaged youngsters and has so far handed out 750,000 of a promised 1.3million.

Dad’s answer to lack of home PCs: Tech by tuk-tuk

A father is using his trusty tuk-tuk to deliver second-hand laptops to children studying at home. 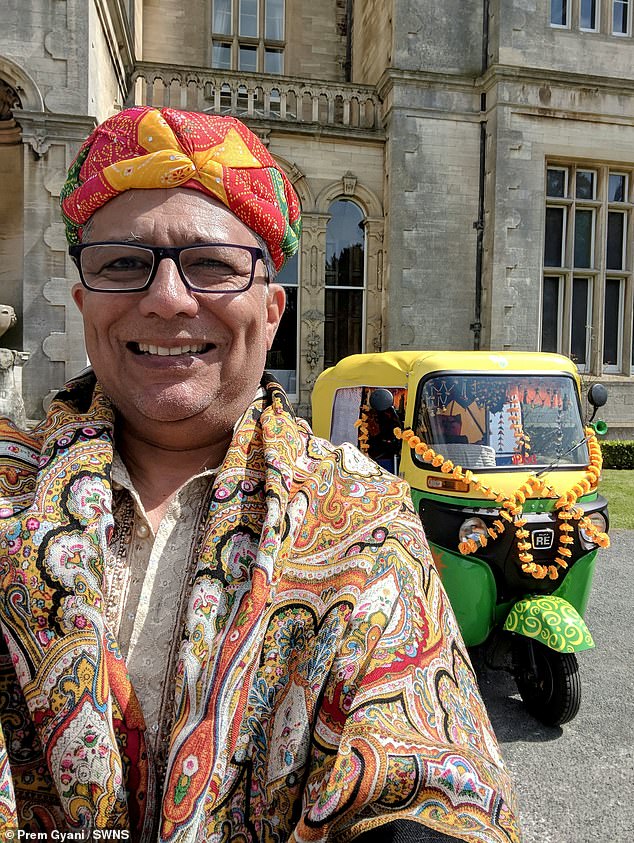 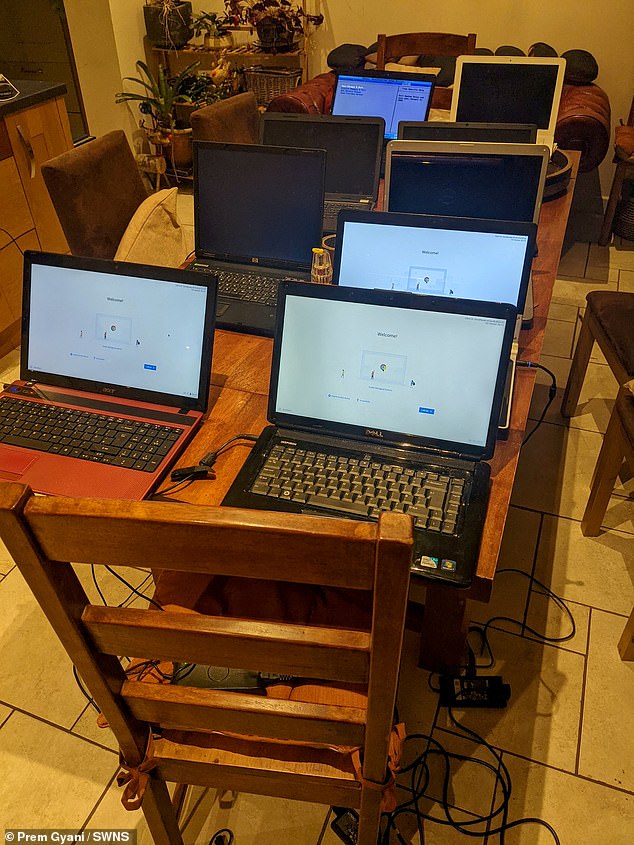 And to donate the goods, the school governor used his tuk-tuk – a three-wheeled vehicle used as a taxi in many Asian countries – which he usually rents out for weddings.

Mr Gyani, who worked in corporate IT for 32 years, asked villagers in Helpston, Cambridgeshire, to donate their old devices. He then used software to convert the different laptops into Chromebooks, which are used by most pupils, and drove them to schools.

Now he hopes he can inspire others. Mr Gyani said: ‘I imagine there must be loads of 50 to 60-year-olds with an IT background who can deliver laptops to other schools.’