Passengers due to arrive back in England were today desperately searching for rapid PCR swab providers after a change in the rules sent families’ testing bills soaring.

The new curbs, which came into force at 4am today, mean all fully vaccinated travellers must return to taking costly PCR tests within two days of arriving in the UK.

The move, in response to the Omicron variant, comes only a month after PCR swabs were ditched in favour of cheaper rapid lateral flow tests for the double-jabbed.

Under the new rules, travellers must also self-isolate at home until receiving their results – with many trying to work out how to make this period as short as possible.

The quickest turnaround test provided at London Heathrow Airport is the ‘ExpressTest’ by Cignpost which costs from £69 for next-day results by 10pm.

But travellers have also been sharing tips with each other on a small number of providers offering a three-hour turnaround on a PCR – with one Harley Street clinic approved by Gov.UK offering one by a medical professional for a whopping £395.

Some also noticed three-hour tests are offered by Cignpost for £119 in the Heathrow departures area, but the firm told MailOnline these were not available for arrivals.

The changes to the rules have raised fears of travellers being stuck in self-isolation if testing firms become overwhelmed by demand and results do not arrive on time.

There are also fears people could be unknowingly carrying Covid-19 even if they test negative upon their arrival, because the virus will not have had to time to incubate. 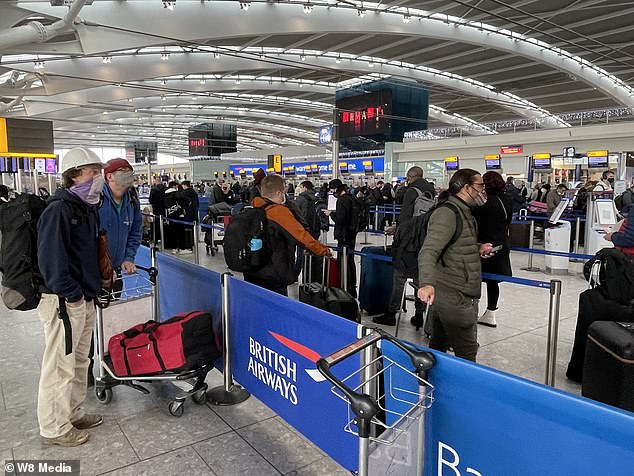 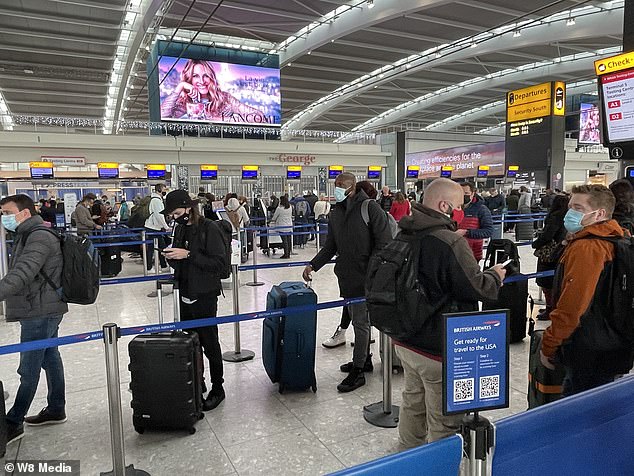 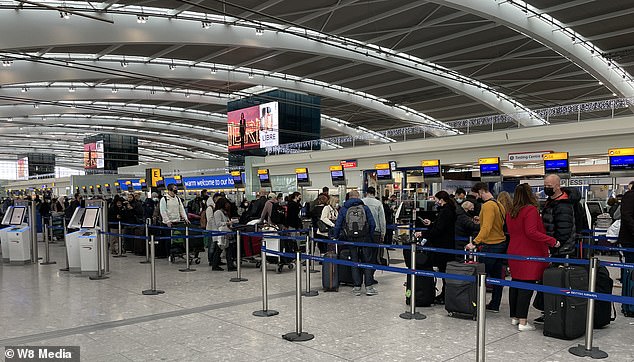 Scotland’s Nicola Sturgeon has urged Boris Johnson to extend self-isolation rules for all UK arrivals from two to eight days – but the Prime Minister is unwilling to do this.

Quarantine hotels were also re-introduced on Sunday. It means anyone arriving from ten countries in southern Africa on the ‘red list’ must quarantine in hotel rooms for eleven nights on return at a cost of £2,285.

What are the new test rules for UK arrivals?

From 4am today, fully-vaccinated people entering the UK are required to self-isolate until they receive a negative result from a PCR test taken on the second day after they arrive.

The tests must be bought from the private sector, with the current average cost of more than 450 providers at £83.

Previously fully-vaccinated travellers were only required to take a cheaper lateral flow test, and did not need to self-isolate unless they received a positive result.

People who are unvaccinated will continue to need one pre-departure test and two post-arrival PCR tests, and must quarantine for 10 days.

Ten African countries have been added to the UK’s red list since Friday.

Arrivals from those locations must stay in a quarantine hotel for ten days at a cost of £2,285 for solo travellers.

Health minister Edward Argar insisted Britons should not react by cancelling any foreign Christmas holidays, but accept a renewed ‘element of risk’ when travelling.

He said: ‘We’re not saying cancel your holidays to France or other countries, but we have put in place that proportionate testing and border control.

‘We cannot say what will happen there over the coming weeks, and in travelling at the moment with this virus, particularly with a new variant around, there is an element of risk.’

But the former chief of IAG, which owns British Airways, warned that tougher restrictions have been ‘completely ineffective in the past’.

Speaking to the BBC, he added: ‘It’s clear that these measures have been completely ineffective in the past but impose huge hardship on people who are trying to connect with families and friends, and clearly massive financial damage to the tourism and airline industry.’

He said the failure of similar measures to prevent a second Covid wave in the UK after being implemented in May 2020 showed they ‘do not have any long-term benefits’ and are ‘not the answer’.

In the Commons, Health Secretary Sajid Javid said ministers won’t keep the new measures in place ‘for a day longer than necessary’ if the Omicron variant turns out not to be as dangerous as feared.

They will be reviewed in three weeks when more is known about the mutant strain.

Calls grew yesterday to cap the cost of PCR tests, axe VAT on them or allow travellers to use free NHS ones to stop families being priced out of trips abroad this Christmas.

The average cost of a single swab among more than 450 providers listed on the Government website yesterday was £82.

For a family of five this would add £410 to the cost of a trip abroad. By comparison, rapid lateral flow tests are typically about £20 to £25.

Tory MP Henry Smith, chairman of the cross-party Future of Aviation Group of MPs, said: ‘It is essential the Government ensures that we avoid the profiteering that we have previously seen and that any rogue providers are prevented from exploiting those travelling over the next few weeks.

Huw Merriman, chair of the Commons transport committee, tackled Mr Javid over the issue in the Commons, calling for ‘accurate, good value testing’.

He said problems seen this summer with ‘rip off’ prices and travellers not receiving swabs or results on time – if at all – must be avoided.

Mr Javid replied: ‘We do want to minimise impact on our excellent transport and travel sector and he’s right to raise the importance of making sure PCR tests are available, the pricing is correct and that the Government website where they’re listed is properly monitored so if anyone breaks the rules they are de-listed.’