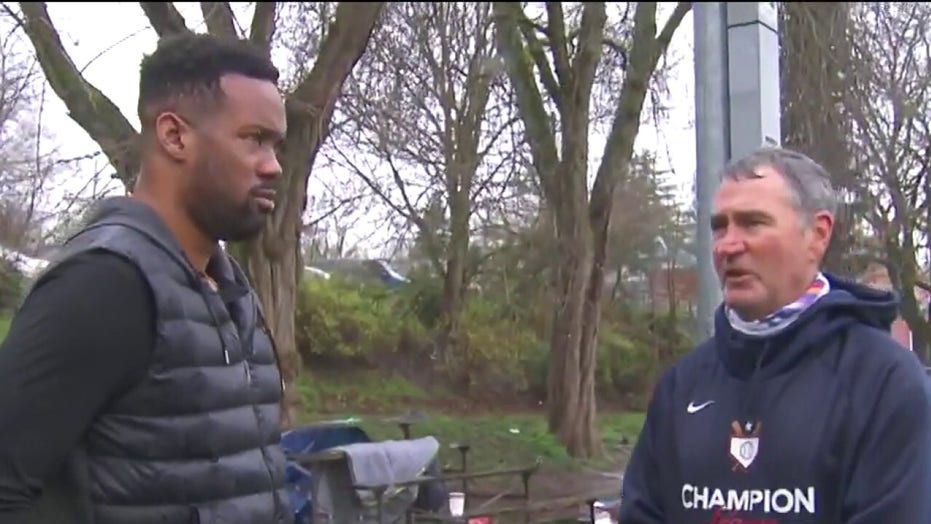 Seattle residents speak out to Lawrence Jones on homeless crisis: ‘Makes me depressed’

Fox News analyst Lawrence Jones spoke with Seattle residents about the homeless crisis and encampments taking over their neighborhood parks.

When asked how the presence of homeless tents and encampments in her neighborhood made her feel, one Seattle resident told Jones that it made her feel “sad” and “depressed.”

In one residential area of Seattle, tents filled parks and sports fields where young children would typically play. In the past week, there had been four incidents with homeless individuals and children in the neighborhood.

“There was a fellow who was taken out on a stretcher earlier this week with all the softball kids around,” said one resident in the report that aired Monday on “Fox & Friends.”

She said that parents would wake up early in the morning before children would head to the park in order to do a “sweep” for needles and other paraphernalia scattered across the park.

One resident said: “How is that ok? How do we get to a place where we think [homeless encampments] are normal for this part of life in Seattle?”

“Do you think it’s a safety issue?” Jones asked.

Another resident said that her teenager was “distressed” about the situation and said she would like to see stronger leadership from city officials on solving the crisis, despite not being “hopeful” that the problem would be solved anytime soon. 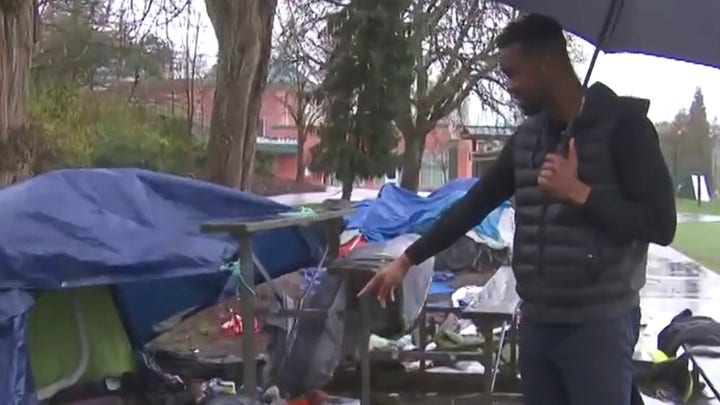 At one point, Jones showed a transportable grill used to not just cook food, but also drugs such as cocaine, heroin, and methamphetamines. The grill sat outside a row of tents just outside the doors of a nearby school.

Some homeless tents had even been propped up inside the dugouts of the school baseball field.

One resident said that he has spoken to multiple city leaders who said they are doing the “best they can,” and that it is a “tough problem to solve.”

“Who’s advocating for our children?” he asked.

In the United States, homelessness rose 3% in the year 2020, adding 12,751 more people to the countries homeless population.

In Seattle, the percentage increase in homelessness is more than double that of the national average, sitting at a staggering 6%.