Seeing the same GP could ease agony for dementia patients by sparing them from repeat hospital trips, study shows

Seeing the same GP during treatment could prevent dementia patients needing a series of trips to hospital as they near the end of their lives, a study found.

Repeat hospital visits in the final months have previously been linked to poor end-of-life care, delirium and falls. They also cost the NHS vast sums.

Now researchers have found offering dementia patients continuity of care from the same GP may lower the risk.

They analysed data on nearly 34,000 people from across the UK who died with a diagnosis of dementia at an average age of 87.

Almost 1,900 had multiple hospital admissions in the last 90 days of their lives. 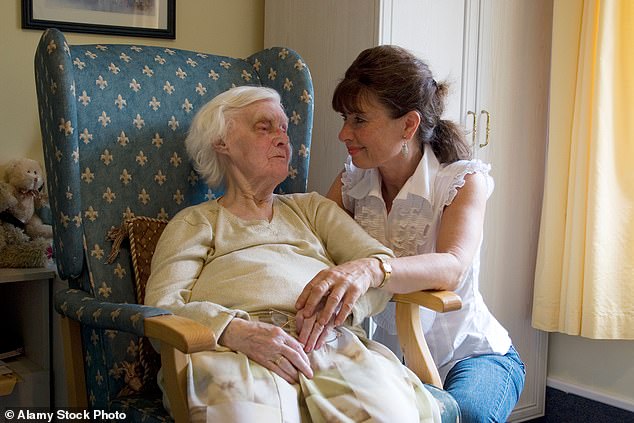 Those with more contacts with different GPs had a higher risk of multiple admissions.

But patients who were typically under the care of the same GP had a 21 per cent lower risk of admission, said the researchers from King’s College London.

Those whose end-of-life care needs had been identified were also 34 per cent less likely to visit a hospital on a number of occasions.

The research team wrote in the British Journal of General Practice: ‘People with dementia are at high risk of multiple hospital admissions at the end of life and preventing these admissions is a policy priority.

‘This study found that people with dementia who had better continuity of care with GPs were less likely to have multiple hospital admissions in the last 90 days of life.’

Paul Edwards, of the charity Dementia UK, said: ‘Having a level of continuity and familiarity with professionals can be a challenge. We need to ensure that people with dementia and their families are afforded continuity of care as this can play a major part in avoiding unnecessary crises and distress.’

Professor Martin Marshall, of the Royal College of GPs, previously stressed that delivering continuity of care has huge benefits.

He said: ‘There’s no arguing with the facts that knowing and being known by your GP is good for your health.

‘I’ve even argued that developing a trusting relationship between a patient and their doctor is the most powerful intervention that GPs have at their disposal.

‘If relationships were drugs, then clinical guidance would mandate their use.’

Gavin Terry, of the Alzheimer’s Society, agreed, saying: ‘Continuity of care is so important for better management and treatment of conditions.’

GPs are putting patients at risk by relying on ‘flippant’ or ‘confusing’ text messages to inform them of medical test results, research has suggested. It said GP practices communicate findings in different ways, causing anxiety and frustration for patients.

Some are left in limbo as they expect their doctor to contact them while medics often think it is the patients’ responsibility to get in touch. Bristol University researchers said: ‘Text messaging and online methods of communication have benefits, but were perceived by some patients as “flippant” or “confusing”.’