Shopping trends by Lakeland show sales of Remoskas, the portable electric oven, are up 54 per cent this year compared to 2021, while sales of heated throws have almost doubled and washing lines are up by 17 per cent.

Some people are also getting creative to cut costs at the same time as trying to cook more healthily, as sales of air fryers are up 51 per cent.

There may also be fewer gifts under the tree at Christmas after 55 per cent of the 3,000 people questioned said they would give less to save cash.

But despite its findings, four of the top ten Christmas gifts Lakeland recommended were over £100 with the most expensive – a 6.5l stand mixer – costing £299.99. 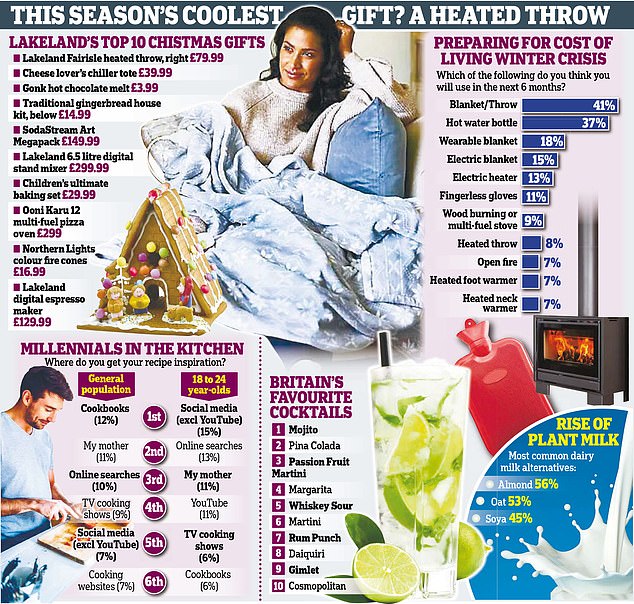 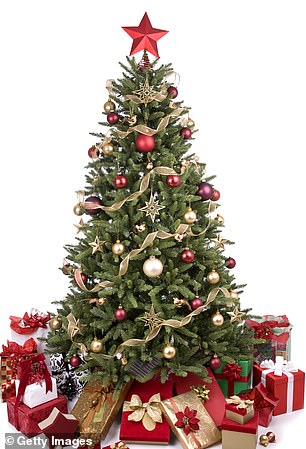 There may also be fewer gifts under the tree at Christmas after 55 per cent of the 3,000 people questioned said they would give less to save cash

Lockdown hobbies have also taken a dive compared to last year, analysis showed, with sales of pasta makers down by 38 per cent as people head back out to eat.

Demand for yoghurt making and jam making kits has dropped by 13 and 5 per cent respectively.

Despite this, the Covid craze for pizza ovens has continued after a boiling summer, and the survey suggests they are becoming more popular than barbecues.

About 66 per cent of people with a pizza oven say they use it at least once a week, compared with only 21 of people saying the same about a barbecue.

A Lakeland spokesman said: ‘Overall, 12 per cent of the UK say they now own [a pizza oven], but for those under the age of 35, it’s much higher, 25 per cent.

The vast majority of these were bought since the start of the first lockdown in March 2020.’ 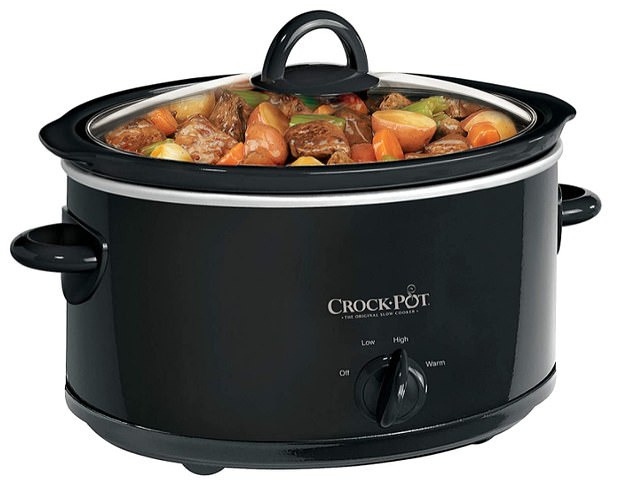 However, there are still four times more people with barbecues, suggesting pizza ovens have a way to go to become the go-to garden grill.

The lockdown trend for cocktails has also survived, with a quarter of the nation having made one this year.

The favourite is a Mojito, followed by a Pina Colada, Passion Fruit Martini and a Margarita.

There is a big age divide in eating and drinking habits, with four out of ten 25 to 44-year-olds cutting back on booze compared with 34 per cent of people overall.

Cookbooks are the favourite source of recipe inspiration for most people, but 18 to 24- year-olds prefer social media channels such as TikTok, or searching online. 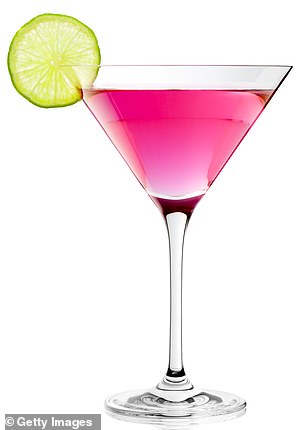 More than half of under 35s have tried non-dairy milk, compared with 17 per cent of over 65s.

A Lakeland spokesman said: ‘With the cost of living crisis filling the news, it’s no surprise that people are looking for cheaper ways to keep warm this winter.

‘And customers appear to be turning to heated throws as an alternative to central heating.

‘The trend of seeking products to help save money continues with the Remoska being discovered by a new wave of customers looking to lower their energy bills.

‘What was once a secret to enjoying caravan holidays without the need for a fiddly camping stove is now a popular energy saver, able to make everything a “proper” oven can, at a fraction of the cost.’