Simon Cowell’s ex-girlfriend Jasmine Lennard, 35, is in a storm over her £300-a-night Airbnb which had ‘inappropriate’ art and ‘a sex toy in a bedroom wardrobe’

For a much anticipated reunion, the ‘family/child friendly’ flat seemed like the ideal place to rent.

But a mother says the advertised ‘truly special celebrity-owned penthouse’ which she booked on Airbnb turned out to be filthy – in more ways than one.

She was appalled to find the £300-a-night flat owned by model Jasmine Lennard, ex-girlfriend of Simon Cowell, was adorned with ‘inappropriate’ artwork. And she claims there was a sex toy in the wardrobe of the master bedroom.

The woman, who does not wish to be named, booked the 3,000 sq ft flat in Fulham, south-west London, for a reunion to celebrate being together for the first time since lockdown.

She also complained that the crockery and floors in the property, which has a private roof terrace with river views, were dirty. 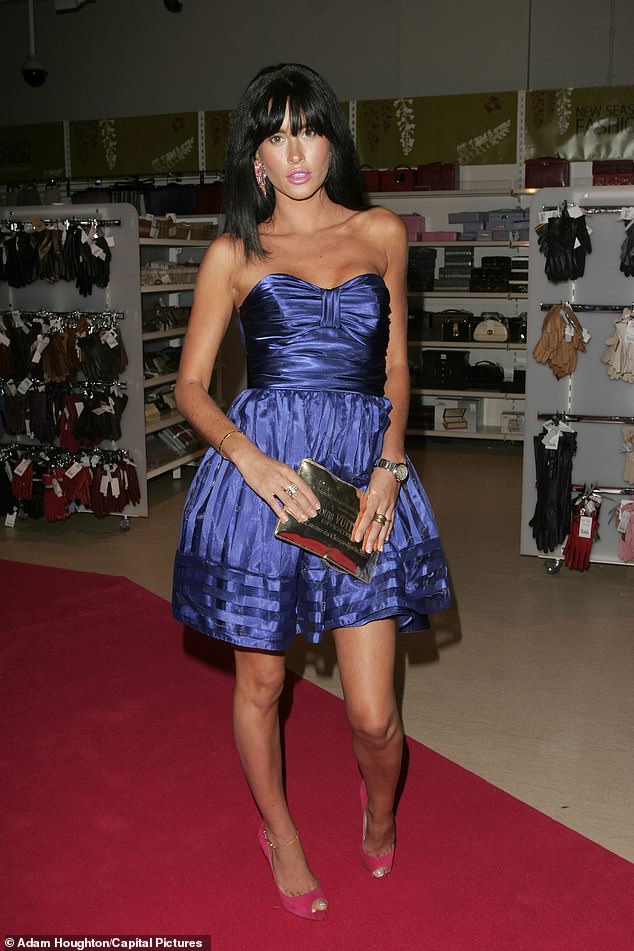 A mother says the advertised ‘truly special celebrity-owned penthouse’ which was an Airbnb in Fulham, south west London, and was owned by model Jasmine Lennard, Simon Cowell’s ex-girlfriend, turned out to be filthy – in more ways than one

Two prints on the walls by celebrity photographer David LaChapelle showed supermodel Naomi Campbell posing naked on all fours and pouring milk over her breasts. Another print was of transsexual model Amanda Lepore, topless and snorting diamonds like cocaine.

The family, who had planned a quiet weekend in watching England’s Euro 2020 final, also found the TV was not working and an advertised ‘third bedroom’ amounted to a blow-up mattress.

The mother paid £1,270 for four nights in the flat. After complaining to the host, they paid a further £1,052 for an Airbnb apartment in Kensington and moved out after one night.

The mother said: ‘This was supposed to be a special treat for my son as my husband and I hadn’t seen him since before the pandemic. But the flat was a disaster. I was in tears and we were all very upset. It was a massive inconvenience having to find somewhere else and pay out again.’

When Miss Lennard, 35, who appeared on Celebrity Big Brother in 2012, announced her engagement to businessman Mohammed Al Saif in 2019, he was said to have given her an £800,000 ring.

Mr Al Saif, a Saudi defence industry guru, is named as the Airbnb ‘host’ for the listing, which says the flat is ‘family/child friendly’. 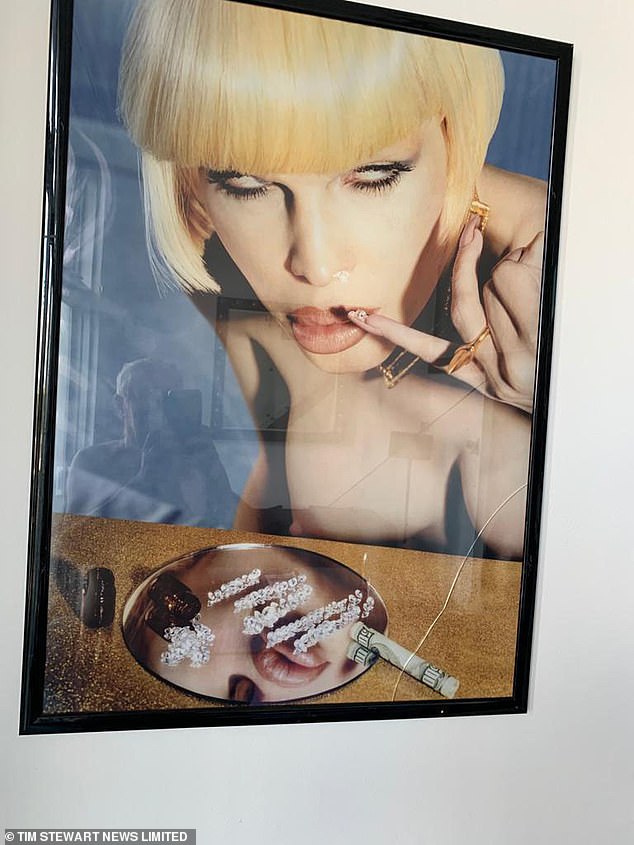 Another print was of transsexual model Amanda Lepore, topless and snorting diamonds like cocaine

But Miss Lennard says that one of their office staff manages it in his name and that he has no involvement in the management of the flat.

Her mother, actress Marilyn Galsworthy – who worked with the RSC and appeared in Bond film The Spy Who Loved Me – handed over the keys.

Miss Lennard said she paid for a deep clean ahead of the mother’s arrival on July 10 and that her flat was in ‘sparkling condition’. She said her cleaners had not seen any sex toy. Airbnb has apologised and refunded the £1,270.

The company also asked Miss Lennard to make her listing more accurate, which she has done.