Slovakia Prime Minister Eduard Heger announced Friday that his country is sending a Soviet-era S-300 air defense system to Ukraine to “help save many innocent lives from the aggression of the Putin regime.”

“I can confirm that the Slovak Republic has donated to Ukraine an air defense system, the S-300. I believe that this defense system will help save many innocent lives from the aggression of the Putin regime,” Heger said. 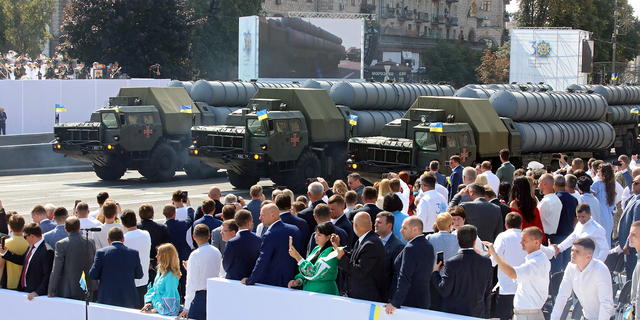 S-300PS missile systems are pictured during the Kyiv Independence Day Parade in Kyiv, capital of Ukraine, in 2021.
(Volodymyr Tarasov/Ukrinform/Future Publishing via Getty Images)

“However, the donation of this system does not mean that Slovakia has become part of the armed conflict,” he added. “And I would like to assure all the citizens of the Slovak Republic that the protection of our territory is sufficiently secure and will be reinforced in the coming days by another system from our allies.”

The transfer of the military hardware is the first known instance of a country giving such weaponry to Ukraine since the start of the Russian invasion on Feb. 24, according to Reuters. 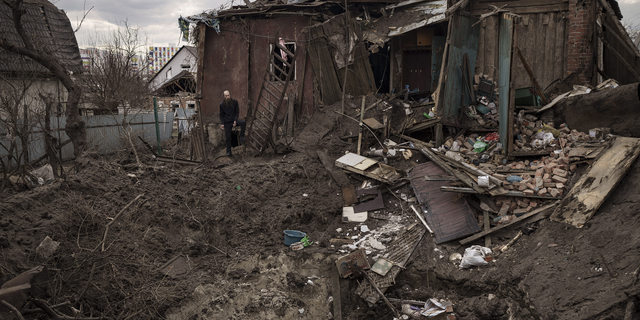 Oleg Mezhiritsky stands outside his house, damaged after a Russian attack in Kharkiv, Ukraine, on Friday.
(AP/Felipe Dana)

The system has the ability to shoot down cruise missiles and military jets. 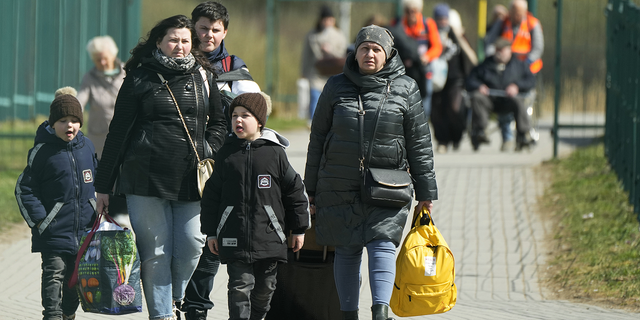 Refugees walk after fleeing the war from neighboring Ukraine at the border crossing in Medyka, southeastern Poland, on Friday.
(AP/Sergei Grits)

As part of the agreement to send the S-300 system to Ukraine, the U.S. is deploying a Patriot air defense system in Slovakia for as long as it needs, the Associated Press also reported, citing Slovak Defense Minister Jaroslav Nad.