Happy Feet! Smiling Princess Royal feeds penguins at Edinburgh Zoo during trip to Scotland on first of four visits by royals to all corners of the UK to celebrate the Platinum Jubilee

Princess Anne visited penguins at Edinburgh zoo today as members of the royal family toured the four nations of the UK to celebrate the Queen’s Platinum Jubilee.

The Princess Royal joined children from Ukrainian orphanages for an animal handling session in the Rainforest Room at the zoo, before visiting the penguin enclosure.

She was joined by her husband Vice Admiral Sir Tim Laurence on her trip to the Scottish capital this afternoon.

Stunning photos show a beaming Anne bending down to feed the birds fish as families watch on outside the enclosure. 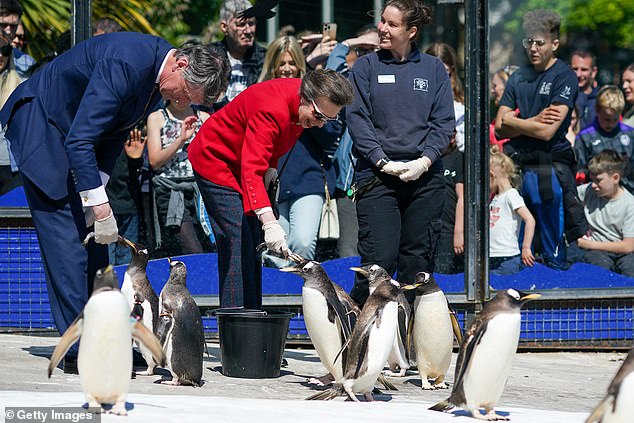 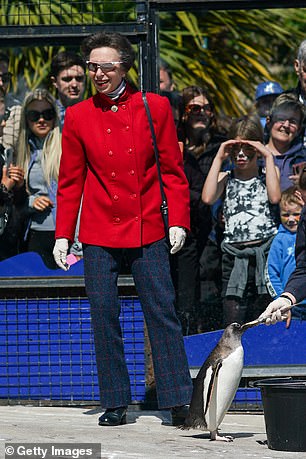 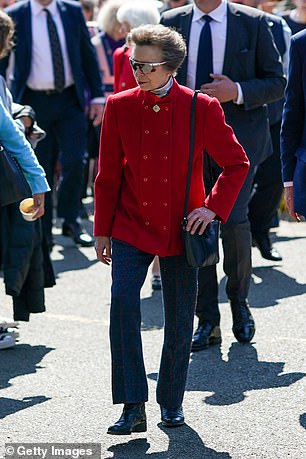 Princess Anne paired a bright red jacket with navy trousers and reflective sunglasses for the visit.

The couple visited went to the Penguins’ Rock enclosure, which is home to gentoo, rockhopper and king penguins.

Penguins include Sir Nils Olav, an honourary Brigadier in the Norwegian King’s Guard. 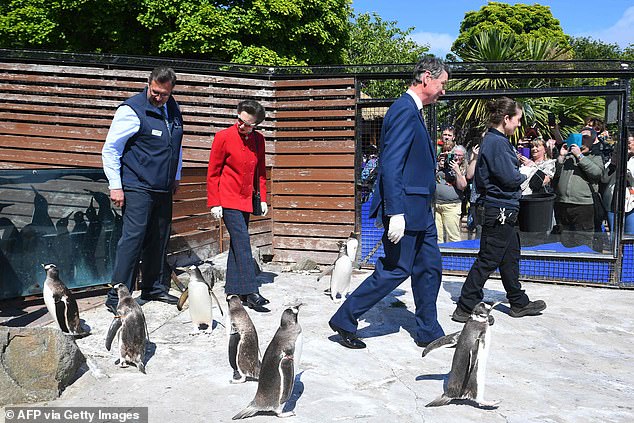 The Princess Royal joined children for an animal handling session in the Rainforest Room at the zoo, before visiting the penguin enclosure

She will visit HMS Albion and inspect a Guard of Honour before boarding the ship later today.

On the flight deck, the princess will meet members of the ship’s company and representatives from charities across Scotland supported by the Queen and Anne as patrons, before cutting a commemorative cake.

The Duke and Duchess of Cambridge and the Earl and Countess of Wessex will visit Wales and Northern Ireland respectively.

William and Kate will travel to Cardiff on Saturday to meet some of Wales’s best-known performers before a Platinum Jubilee celebration concert. 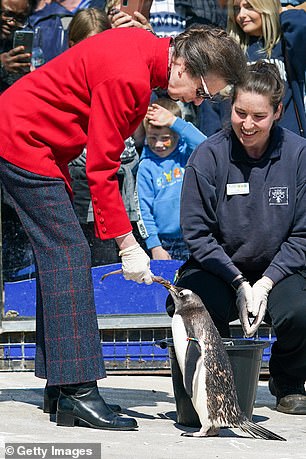 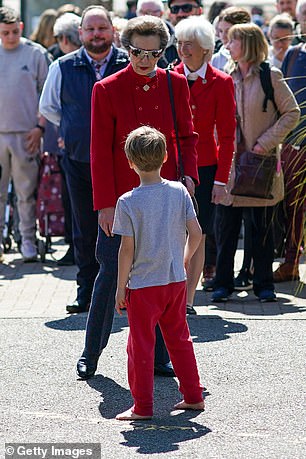 Left: Princess Anne bends down to feed a penguin at Edinburgh zoo. Right: The Princess Royal greets a young fan

They will meet the crew behind the event at Cardiff Castle, learning about the lighting, sound and visual effects for the show before helping with the final preparations.

The performances will finish at 7pm and the crowds can then watch the Platinum Party at the Palace on giant screens in the castle grounds.

Over the extended Jubilee bank holiday weekend the Earl and Countess of Wessex will carry out two engagements in Northern Ireland.

Sophie and Edward will meet children taking part in multicultural street performances, join in with art and craft sessions, and speak to people sharing their personal memories of meeting the Queen.