The state and federal governments remain at odds over plans for the return of international students.

With the resumption of international flights into Melbourne, the Victorian government recently proposed offering 120 of an allocated 1120 hotel quarantine places per week to people who can contribute to the state’s economy, including international students.

However, this was rejected by the federal government, which wants student spaces to be in addition to that cap. 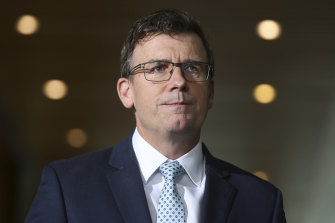 Federal education minister Alan Tudge says he has not seen a plan for the return of international students that meets government criteria. Credit:Alex Ellinghausen

Federal Education Minister Alan Tudge said in Melbourne on Thursday he had not received a plan to return international students from any state or territory that met the necessary criteria.

“And two, there must be measures which are ticked off by Chief Medical Officers [of the state or territory]. I haven’t received any concrete proposal that satisfies these two criteria from Victoria or anywhere else.”

“My hope would be to have a greater number of international students by first semester next year; that’s still my hope,” he said.

“I’ve also said very clearly we can’t make guarantees; nobody can at this stage given the uncertainty in relation to COVID.”

The state government, universities and associated businesses have been working together on proposals to combat the multibillion-dollar disruption to the sector by the coronavirus pandemic and loss of international student revenue.

Acting Premier and Education Minister James Merlino said that while the most recent plan submitted to the federal government had been rejected, they would continue to try to find a solution. 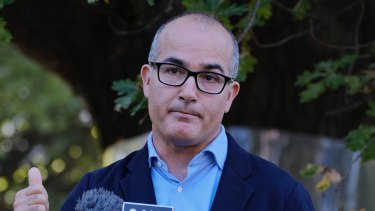 “[The federal government] want it separate to the cap, and we’ve made it clear that our cap is 1000 and we can do a further 120 for economic cohorts,” he said.

“We are working on a revised proposal to again submit to the Commonwealth for its approval.

The Victorian Chamber of Commerce and Industry, along with the City of Melbourne, has recently asked state and federal governments to commit to a pilot program to allow students to return in semester two this year.

In its 2021-22 state budget submission this week, it called for $100 million in funding to create a taskforce to help international students re-engage with the Victorian higher education sector remotely, and financially assist their return to the state.

Deakin University has also been involved in advocacy and government consultations. A spokesperson said the university would continue to do everything it could to figure out a pathway for students to return.

“Any approach or measures we take to assist international students in resuming or beginning their studies in Australia will be in line with government policies and advice,” the spokesperson said.

Deakin’s vice-chancellor, Iain Martin, has previously warned that inaction by the government on this issue risks losing international students to other countries.