He’s NOT on the guest list! Stop Brexit Man Steve Bray turns up uninvited to protest outside Boris and Carrie Johnson’s wedding party – and claims fellow campaigner Sylvia has been ARRESTED en route

In a Facebook post this evening, he wrote: ‘I was supposed to meet Sylvia […] but she called me. She was searched by Police.

‘A police van and car passed me 20 minutes ago. She was crying and waving frantically from the back of the car. She’s been arrested.’

He added in a subsequent tweet: ‘Police using dirty tactics.’

Gloucester Constabulary did not respond to a MailOnline request for clarification or comment this afternoon. 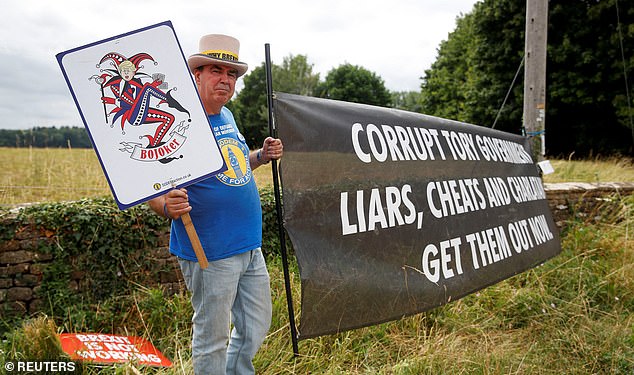 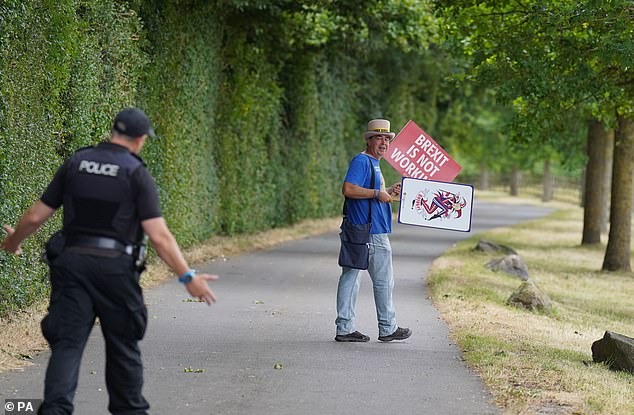 A police officer is pictured gesturing toward Bray, who is holding a Boris joker card poster 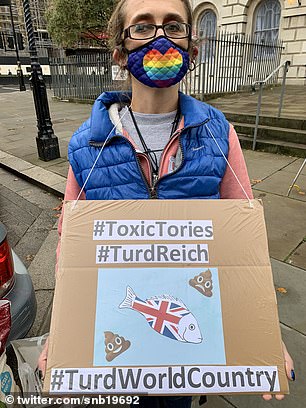 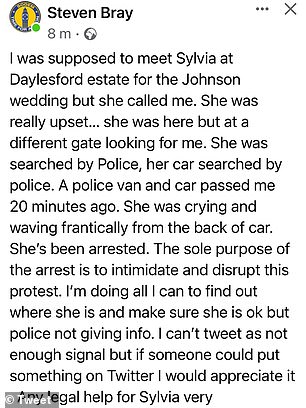 Sylvia (left) has described herself as a ‘proud European’ and has been Bray’s right-hand woman for years. Right: Bray’s panicked Facebook message posted earlier this afternoon

The notorious Parliament demonstrator put out an appeal for urgent legal help on Sylvia’s behalf.

Ms Yukio Zamperini has been Bray’s right-hand woman throughout years of noisy campaigning in and around the parliamentary estate over the past six years.

Describing herself as a ‘proud European’, she often shoots footage of Bray’s flags and banners.

Sylvia travelled to the gorgeous Cotswolds wedding venue from Birmingham, with Steve commuting from London.

They were supposed to meet close to Daylesford House, but Sylvia had reportedly already been arrested.

Bray also today posted a video in which he spoke to a local police officer, who’d warned him that loud amplifiers set up to disrupt the party would be confiscated.

The unidentified officer, who Bray’s followers noted was polite and respectful, said he was giving ‘Stop Brexit Man’ a ‘pre-pre-warning’ in the event he tried to sabotage the postponed wedding party.

The infamous campaigner tells the policeman: ‘Look what these guys have done to our lives. I don’t care if it’s a wedding party.’ 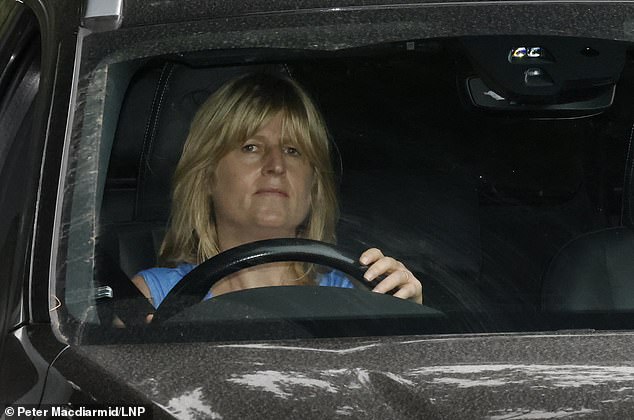 Rachel Johnson, Boris’s sister, was seen arriving at the party in Gloucestershire this afternoon 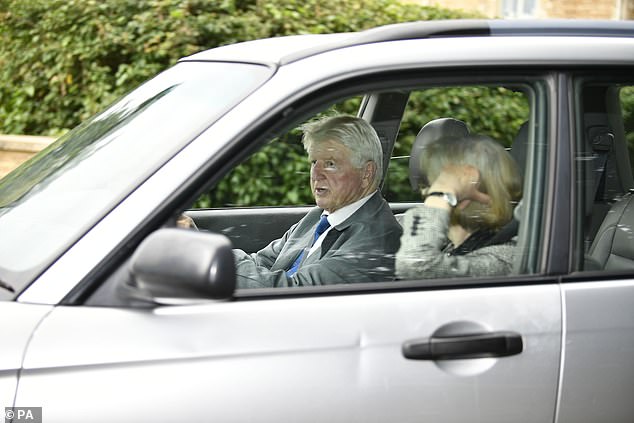 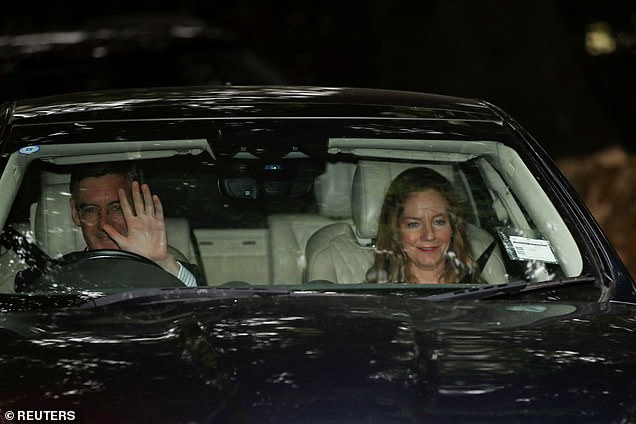 Jacob Rees-Mogg, a key member of the Cabinet, is pictured arriving at Daylesford House

Meanwhile Boris Johnson’s close allies and family members have been pictured arriving at the picturesque Cotswolds venue where the thrice-wed PM and his wife are set to celebrate their nuptial. 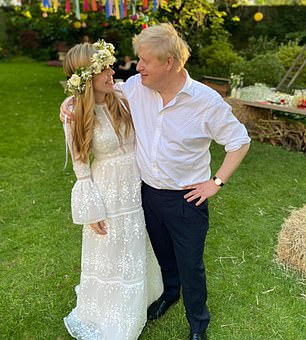 The Tory leader’s sister Rachel, their father Stanley, and Minister for Brexit Opportunities Jacob Rees-Mogg have all reported in for Mr Johnson’s lavish party at the Grade I-listed Daylesford House, Gloucestershire.

Friends and family will all join together in celebrating the marriage of Mr Johnson and his wife, Carrie in the picturesque property that sits within 1,500 acres and boasts stunning amenities including a heart-shaped orchard, painstakingly manicured gardens, an 18th century orangery and a luxurious pool.

Around 200 guests, including a dozen or so Conservative MPs, had started gathering at the idyllic mansion, owned by JCB founder and Tory megadonor Lord Bamford, for drinks from 5.30pm.

Boris and Carrie secretly married last year in front of just 30 guests at a church in Westminster during the Covid pandemic.

It’s thought they had hoped to celebrate their special day in style for some time, with a succession of political crises forcing repeated postponements.