A TERRIFIED mum is forced to arm herself with a rake every time she goes into her garden as her COCKEREL chases everyone it meets.

Rebekah Williams, from Wales, has spent the past six months frightened of being attacked and having "her eyes gouged out" by the farm bird. 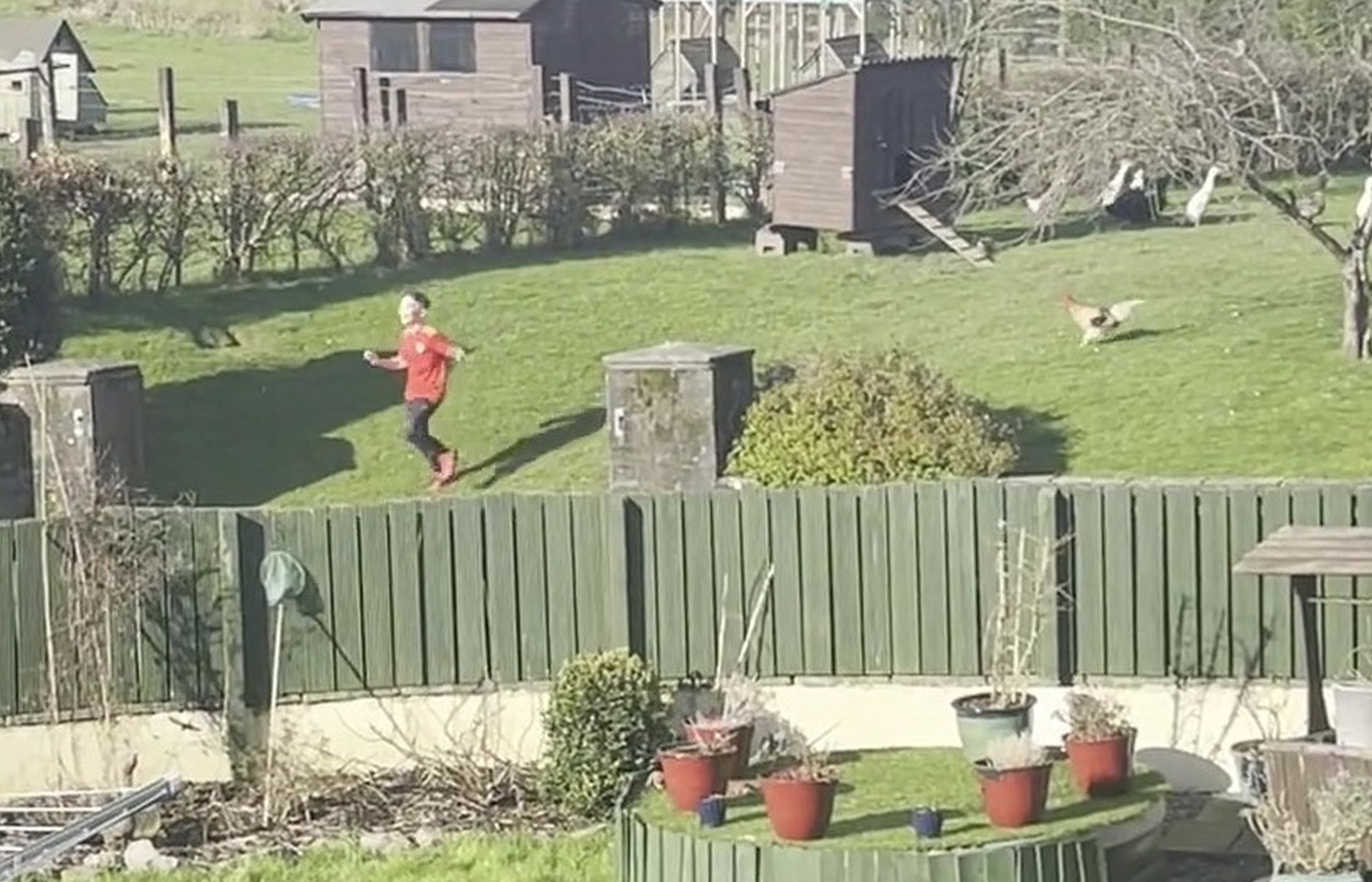 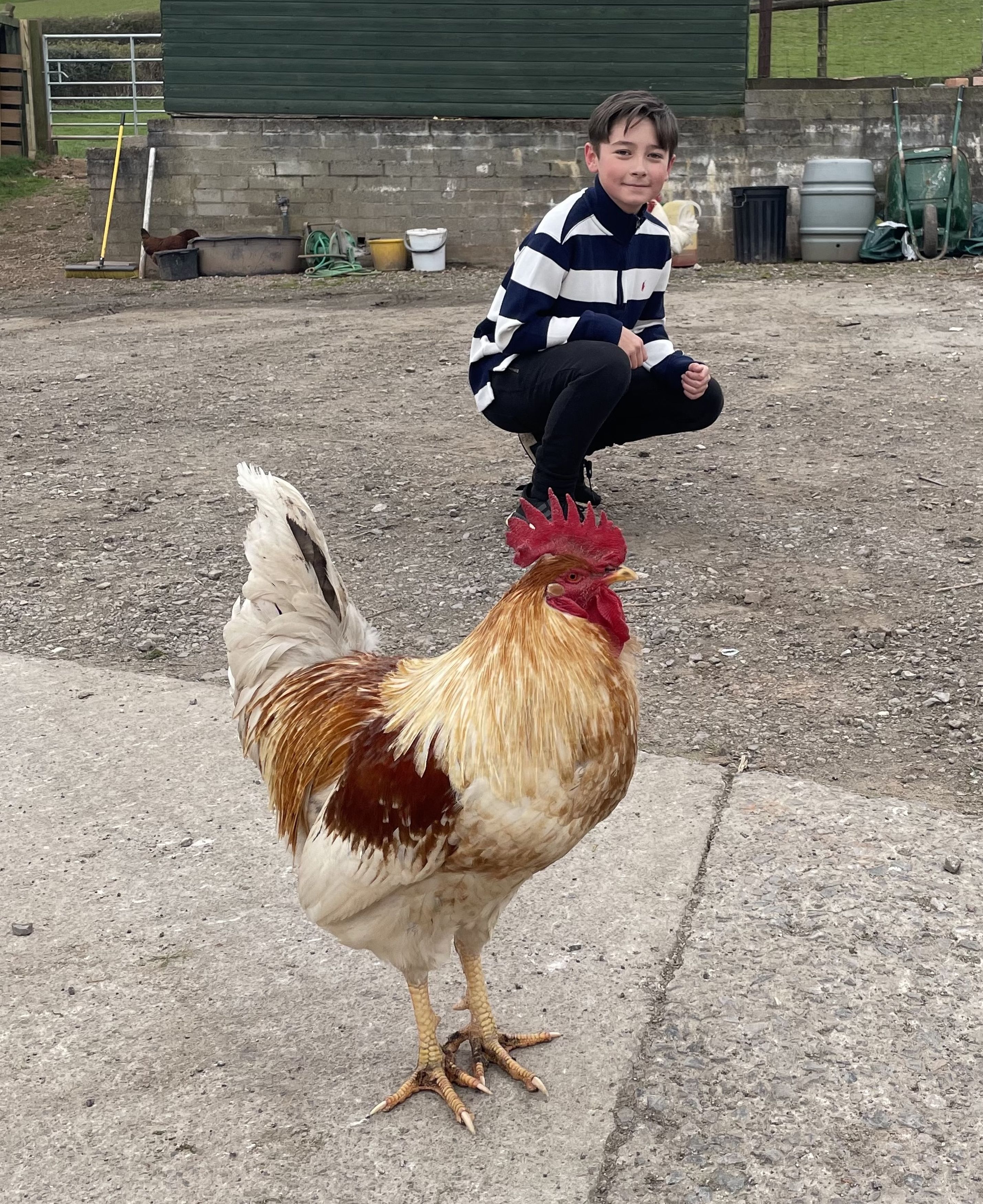 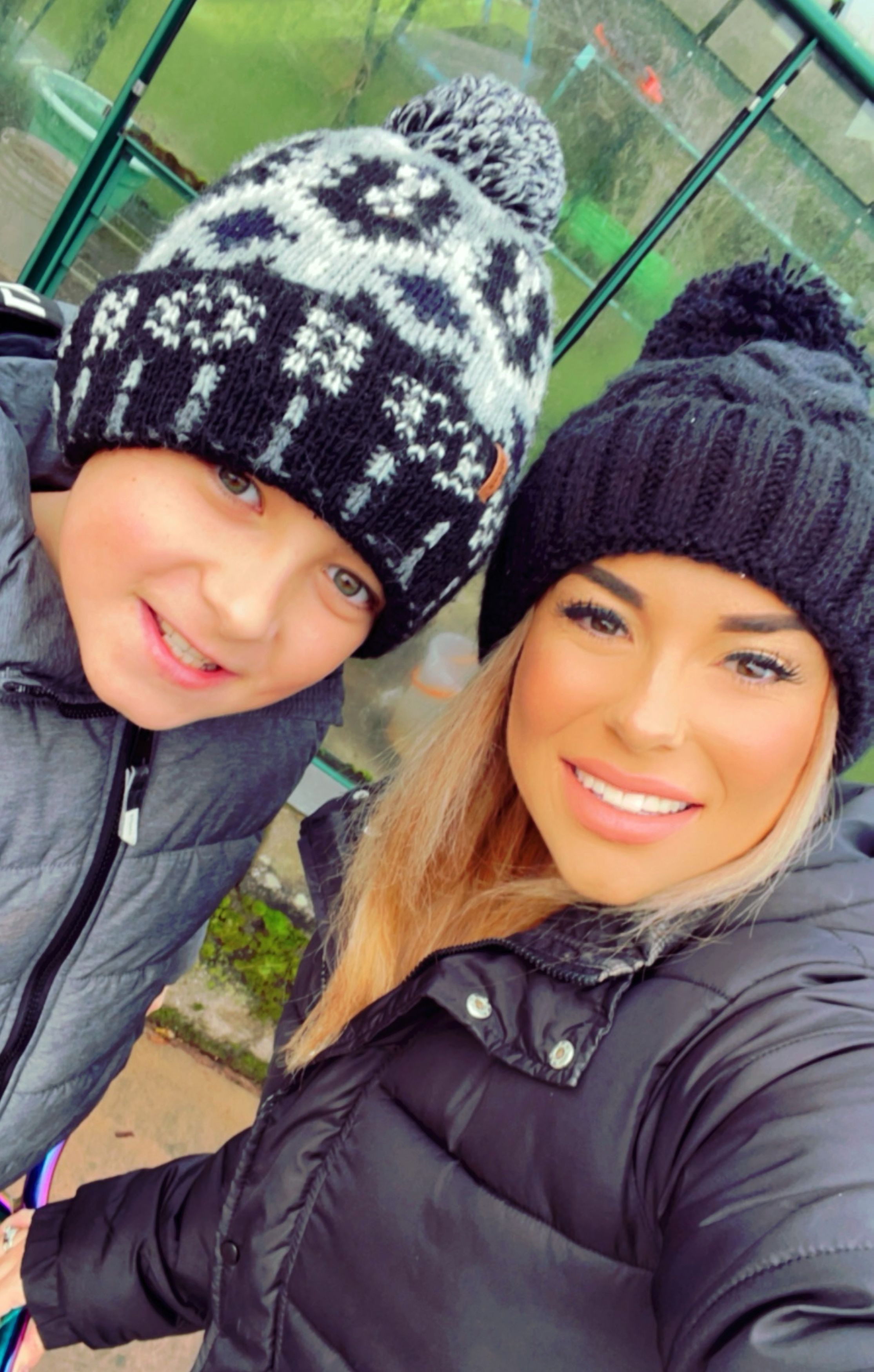 The 32-year-old shared the family's fear in a viral Facebook video which shows her son screaming in terror as the cockerel, named Derek Jr, chases him across the lawn and down a garden path.

The fearsome cockerel manages to catch up with the 10-year-old Oliver before the youngster escapes by vaulting over a gate onto another field.

Now Rebekah doesn't even bat an eye-lid when she hears screams coming from her yard, because she knows her son will be facing their pet's fiery temper.

The mum even admits visitors are scared of taking a stroll in their yard in case they come face-to-face with the 10-month-old free-range cockerel who patrols their land.

Husband Mark has learned to make a quick dash when he opens Derek Jr's coop at 7am every morning, and from then until dark the cockerel chases any human he spots.

The mum believes Derek Jr's bad attitude may stem from trying to show off to his hen "girlfriend" Brenda.

Rebekah, from Cwmbran in south Wales, said: "It started when I was putting something in the bin and he just chased me from behind.

"I wasn’t expecting it, so now I have to use a rake every time I go out to protect myself."

The 32-year-old described the angry bird as like a "velociraptor" running with his head low when he attacks.

"He's quiet so you don't know until he's behind you or has his claws in your legs," she said.

Now Rebekah has to arm herself whenever she leaves her house.

"It's like we're living in fear of our own cockerel. He definitely thinks it's his land."

Rebekah and Mark, 49, own a carpet shop and also look after their other animals including goats and chickens – who are scared of Derek Jr too.

The 32-year-old claims her and Mark see the funny side of watching their son get chased, and she says the angry cockerel would make a much better guard dog than their six-year-old pomeranian, George.

Rebekah added: "At least we don't need a guard dog anyway because he does the job. Our dog's pathetic so Derek Jr would do a much better job.

"When Oliver has friends round, I'll have to make them aware of Derek Jr. I don't want any parents suing me if their kids get attacked or anything. We might need a sign."