“It’s Carla Zampatti here,” said the voice on the end of the line. 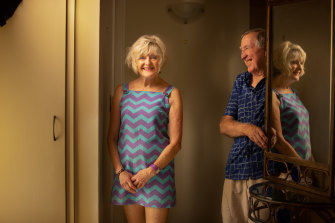 Yvonne Dite on Monday in her Carla Zampatti dress with her husband, Bruce.Credit:Simon Schluter

“I said, ‘I beg your pardon,’ ” Mrs Dite, of Templestowe Lower in Melbourne’s east, recalls. “I nearly fell through the floor.”

It was 2019. A month before the call, she had sent a letter to the famous Australian fashion designer.

The letter told of how much Mrs Dite had loved wearing a blue and purple shift dress she had bought in 1967, and how she had met her husband while wearing it.

She attached a photo of the dress and wrote that she had only recently noticed the stylish “ZamPatti” label at the back. 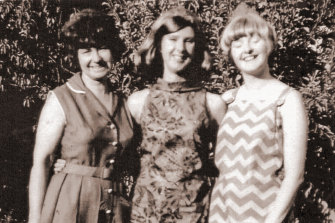 Yvonne in her then-new Carla Zampatti dress with her mother, Edie, and sister Lesley.

Could the dress be one of Carla’s early designs, she asked.

Zampatti herself rang to confirm it, and could not have been warmer, Mrs Dite says.

“She said she was so pleased to see one of her early designs still around, and what was lovely is she said, ‘You know, Yvonne, it’s clients like you that make my job worthwhile.’

“I nearly burst into tears. It was so lovely that she just picked up the phone, a busy lady.” 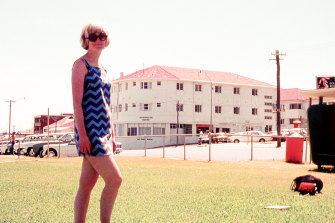 Mrs Dite in the dress on her honeymoon in Perth in 1970.

Since Zampatti died aged 78 in Sydney on Saturday after a fall, celebrities from chef Nigella Lawson to actor Nicole Kidman have rushed to pay tribute.

As well, non-celebrities have taken to social media with stories of Zampatti’s creations, and Mrs Dite spoke to the ABC.

The 73-year-old told The Age that she was wearing the dress on January 24, 1968, aged 19, when she met Bruce Dite, at the Southside Six Hotel in Moorabbin.

They danced, but Yvonne believed Bruce had had a few drinks and would forget her. 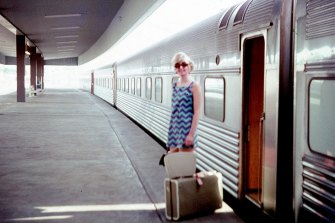 Mrs Dite on her honeymoon.

But Mr Dite told The Age that with the dress, her long blonde hair and nice figure, Yvonne was “a standout”.

He remembered she worked at a St Kilda Road finance company, and rang her there four days later.

“And that was a start of a long, lovely romance,” Mrs Dite says.

About 30 years ago, during a spring clean, Mr Dite had insisted his wife keep the dress. 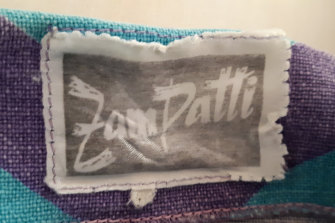 The label on the dress.

As a surprise, on their 40th wedding anniversary in Thailand in 2010, Mrs Dite wore the dress to breakfast. It became an anniversary tradition.

Two years ago, on holiday in Sri Lanka, she looked more closely at the dress’s label and recognised the name Zampatti.

Mrs Dite, a grandmother of four, says she would now never part with the dress.

Zampatti was recently working on new collections, and enjoying it. “She was obviously a very talented, clever person,” Mrs Dite says.

“I wanted to say how much happiness she’s given to so many people with her lovely outfits over the years.”