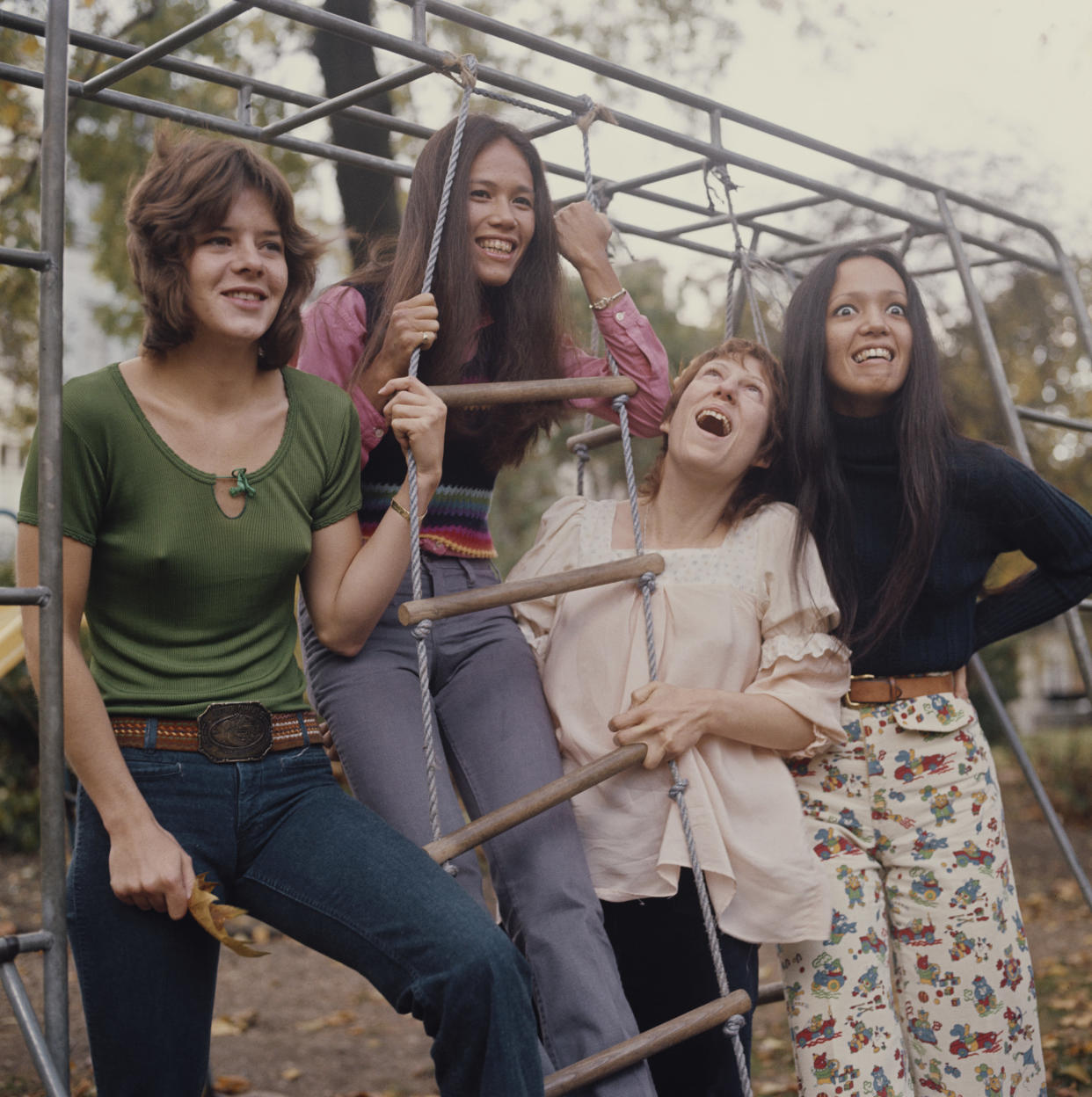 In historical overviews of women in rock from the ’60s and ’70s, some familiar names are always mentioned, and rightfully so: Janis Joplin, the Runaways, Grace Slick, Heart, Stevie Nicks. A more unfamiliar name, however, is Fanny. The Bay Area psych/folk/hard rockers rarely receive proper credit for their contributions to rock ’n’ roll — which is puzzling, since they were the first all-female rock band to release a major-label album and the first to score a top 40 single (“Charity Ball” in 1971, followed by another, the No. 29 hit “Butter Boy,” in 1975).

“I’ve been trying to figure out all these years what happened. We were so good, and we worked so hard, and we were on the road all the time,” says June Millington, who at age 16 — with the help of enlightened parents who drove her to gigs and bought her electric guitars — founded the proto-Fanny band the Svelts with her bass-playing younger sister Jean in 1964. “I think it’s because we were trying to do intelligent rock. Society was not ready to accept us on that level yet.”

But society has changed, thankfully, and in 2018 the Millington sisters and drummer Brie Howard, reunited as the defiantly rebranded Fanny Walked the Earth, release the first Fanny album since 1974. That same year, Fanny were honored at the She Rocks Awards, and now a Fanny documentary, Fanny: The Right to Rock, has been released. Finally, Fanny are getting their due — and it only took a little more than 50 years.

June tells Yahoo Entertainment she’s used to being misunderstood or overlooked. In the ’60s, it wasn’t exactly a common thing for teenage sisters — especially half-Filipina immigrant sisters — to form a rock band, let alone write their own songs and play their own instruments. “We didn’t know anybody else who was doing it,” she says. “There was no reference point; we actually had to create the frame of reference. And because there was no reference, people didn’t even really take notice of us. We didn’t talk about the idea of an ‘all-girl band.’ If you said it, it would be immediately rejected in anybody’s mind. We just kept doing it, because it felt so good.”

June recalls that when Fanny played gigs (setting up all their gear themselves, of course), spectators were at first amused, or downright confused. “Immediately, the audience reaction was, ‘This can’t be happening,’” she chuckles. “It was just a closed vibe, no energy. It was like playing to the dark — it was the Dark Ages, for women’s music!” But Fanny ultimately won over skeptical, mostly male crowds, “and then they would talk to us afterwards.”

June recalls the most common “compliment” they’d get from men after their shows: “‘Not bad for chicks!’ That was the highest accolade that you could get back then — and believe me, we took it as such. It was not in any way an insult; it was code for, ‘Hey, you just did something that I like, but I can’t really say that was great, so I’ll just say it’s not bad for chicks.’”

At times this attitude frustrated June, because Fanny actually “could play like guys — and in a lot of cases, we were better!” But she explains, “We honestly couldn’t talk about it too much. We just had to do it and do it, again and again and again, over and over and over. By the time ’67, ’68 came along, we were already dealing with it in our own way. We had developed our own inoculation — how to deal with a constant onslaught of either sneers or those weird comments. I don’t even remember all the comments, because it became part of the very air we breathed. So, we moved in our own orbit.”

After Fanny were signed to Reprise/Warner Bros. Records by Mo Ostin (who’d wrongly assumed Fanny were a novelty act) and famous record producer Richard Perry, and they released their debut album in 1970, the band members’ chops — particularly June’s guitar playing — finally started to garner acclaim. (“We got in the studio with Richard, and we hit the ground running. We learned how to record and began writing really good songs. We were dedicated. That’s the thing about Fanny: We knew how to work hard.”) David Bowie, still an artist on the rise at the time, sent them a fan letter and later inspired “Butter Boy”; he also declared them “one of the finest rock bands of their time” in an interview for Rolling Stone. The Fanny women additionally worked as in-demand session musicians, notably on Barbra Streisand’s 1971 LP Barbra Joan Streisand. But June still felt like she had to constantly prove herself.

“The pressure of being the first girl lead guitar player, and to be known as such, was immense,” June recalls. “I could never have an off night, even if I felt sick. I had to play at my best. We knew we were representing. It’s hard for me to really explain what that pressure was. A lot of it was self-imposed, but pretty much with every man I met, their attitude was ‘show me.’”

Fanny continued to infiltrate the rock ’n’ roll boys’ cub, touring with bands like Jethro Tull and Humble Pie (Sounds magazine once called them “the support group to everyone these days”), and they even inspired infamous Svengali Kim Fowley to create the above-mentioned Runaways. “I remember Kim running up to the dressing room at the Whisky a Go-Go, all excited,” June says with a laugh. “He said, ‘I have this idea. I’m gonna start another all-girl band like you — but we’re going to make money! What do you think?’ He was all excited, like a puppy. I already had determined I didn’t really like this guy — he was just so crass. But I said, ‘OK, why not?’ Not that it would have made a big difference. But I did give him my blessing, because I thought, ‘You know what? That’s partly why we’re doing this — so that other girls can do it.’ So why would I stop him, or feel like there’s competition? In fact, we should all be getting into this.”

The Runaways eventually launched the superstar careers of Joan Jett and Lita Ford — but Fanny forever languished in semi-obscurity. And so, toward the end of Fanny’s career, Reprise label executives — who’d never had a problem before with the band members wearing regular street clothes and downplaying their sexuality — started pressuring Fanny to update their image.

“It’s a delicate balance being a young woman when you want to be attractive. You want to be sexy, but where are the lines? It can be a dangerous line. I didn’t feel like I was attractive, because being Filipina-American, racism is the first ‘ism’ that hit us pretty hard,” recalls June, who moved to the U.S. from Manila when she was 13. She bristled when Reprise eventually hired fashion designers to make over Fanny with glam getups.

“Each of us had a [costume] theme, and it showed a lot of skin. I found that really humiliating,” she laments. “At that moment, you realize the label has lost confidence. Like, selling 60,000 albums was not enough. We were working really hard. We knew these records were really good. We’d recorded at Apple Studios [with Beatles engineer Geoff Emerick]. We’d recorded with Todd Rundgren. We’d done every tour imaginable. And now we had to wear these outfits? It was really too much for me.” 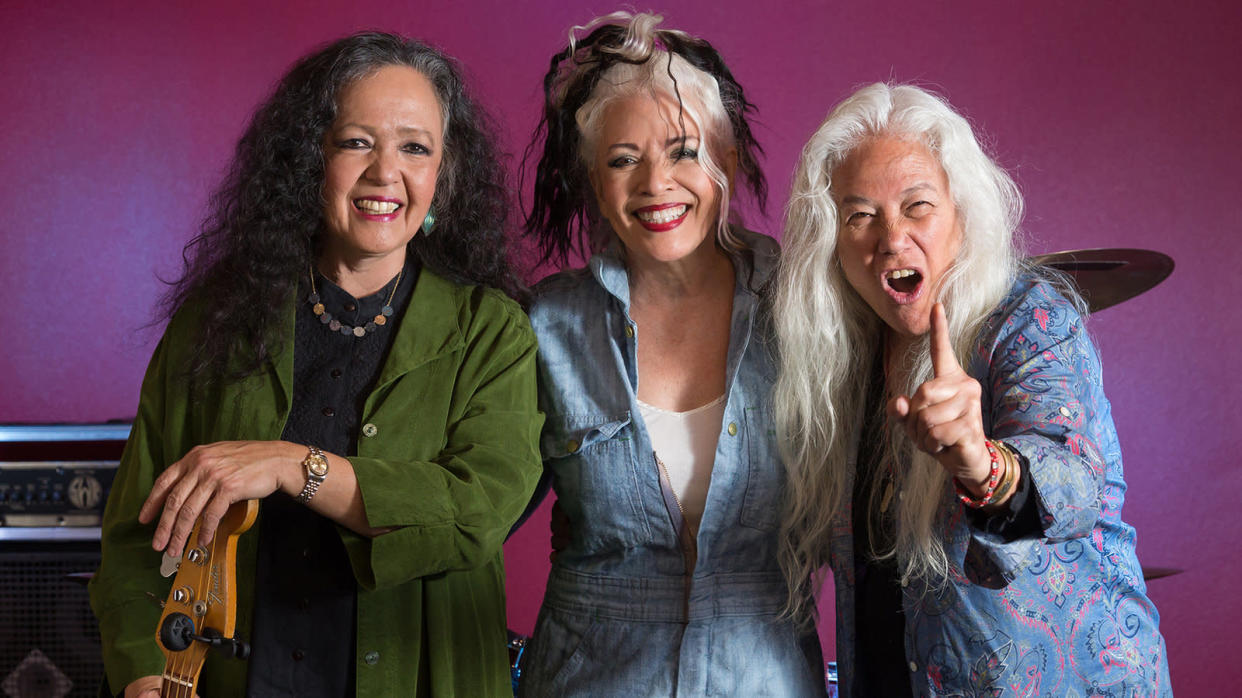 And so, June quit the band in 1973. A revamped lineup featuring Patti Quatro (sister of Suzi) released one more Fanny album without her, the ironically titled Rock and Roll Survivors, in 1974. That LP spawned “Butter Boy,” Fanny’s biggest hit, but it was too little, too late.

June hardly rested on her laurels post-Fanny. She moved forward by producing other artists’ music, playing in various bands with and without Jean, releasing three solo albums, co-founding the Institute for the Musical Arts, and penning her autobiography, Land of a Thousand Bridges. And now, as she nears age 75, maybe the world is finally ready to hear her story.

• The Go-Go’s’ Kathy Valentine talks infamous Rolling Stone cover, ‘Beauty’ secrets, and why they’re not in the Rock Hall