The Queen has been given a handcrafted walking stick by the British Army, made of wood that is said to be a ‘protective talisman’ and with an engraving on which the armed forces pledged its ‘loyal support to THE SOVEREIGN’.

As Her Majesty walked onto the balcony at Buckingham Palace today to watch over Trooping the Colour and the Red Arrow flypast, she could be seen holding the gift in her hands.

The monarch, who wore pale blue, held the stick after it was presented to her by General Sir Mark Carleton-Smith, chief of the general staff, as a token of the Army’s support.

The handcrafted stick had been made by Cumbria-based traditional stick maker Dennis Wall, with the Ministry of Defence (MoD) saying it was made of mottled hazel. 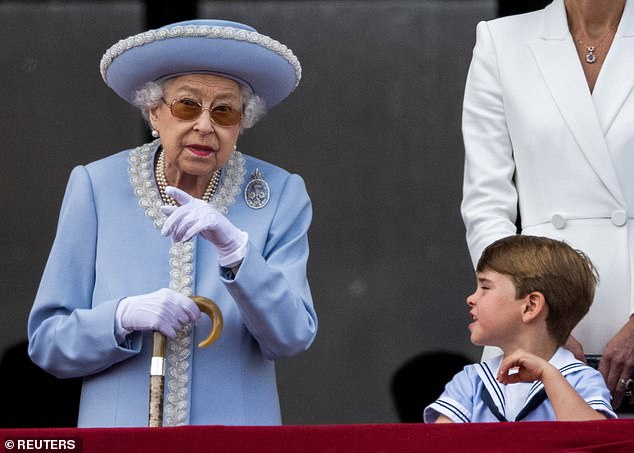 Her Majesty the Queen, pictured here on the balcony of Buckingham Palace with her great-grandson Prince Louis, could be seen holding a walking stick 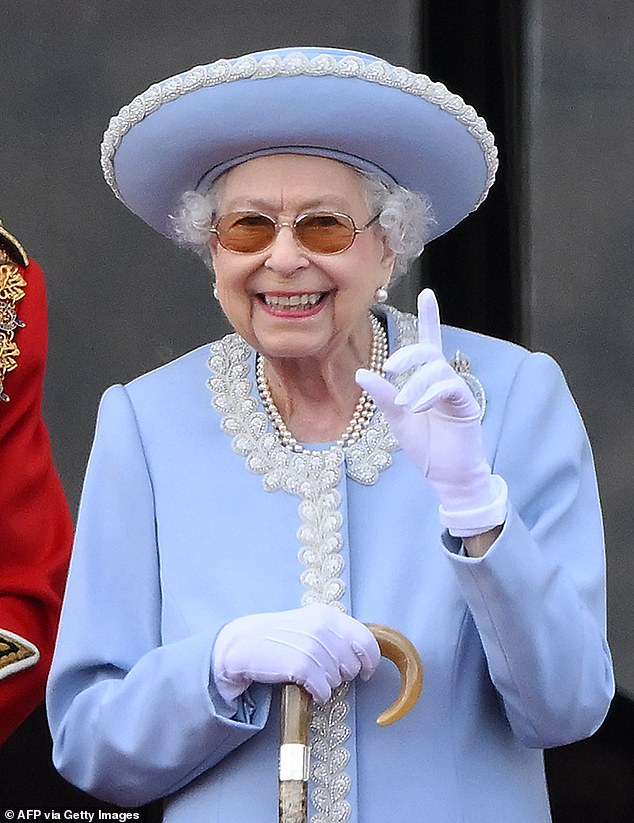 The wood, which was sourced in Cumbria, is thought of as a protective talisman in English mythology, while in Ireland it is traditionally known as the ‘Tree of Knowledge’.

Meanwhile, the handle is made from Highland Cow horn, a breed originating in the Scottish Highlands – said to be known for its hardy and robust constitution.

The collar of the stick, made from silver, has been engraved by Sam James Engraving, based in Goldsmiths’ Centre in London.

It says: ‘The Army presents its loyal support to THE SOVEREIGN.

The Army crest is also engraved into the collar.

General Sir Mark said: ‘It was a great privilege in celebration of Her Majesty’s Platinum Jubilee to hand over a small token of our gratitude and appreciation of our sovereign’s contribution to the Army over the last 70 years.

‘We wanted something useful and relevant and always to hand that represented our loyal support and which Her Majesty might find helpful.

‘And this beautiful walking stick, fashioned from mottled hazel with a Highland Cow horn handle, fitted the bill perfectly. 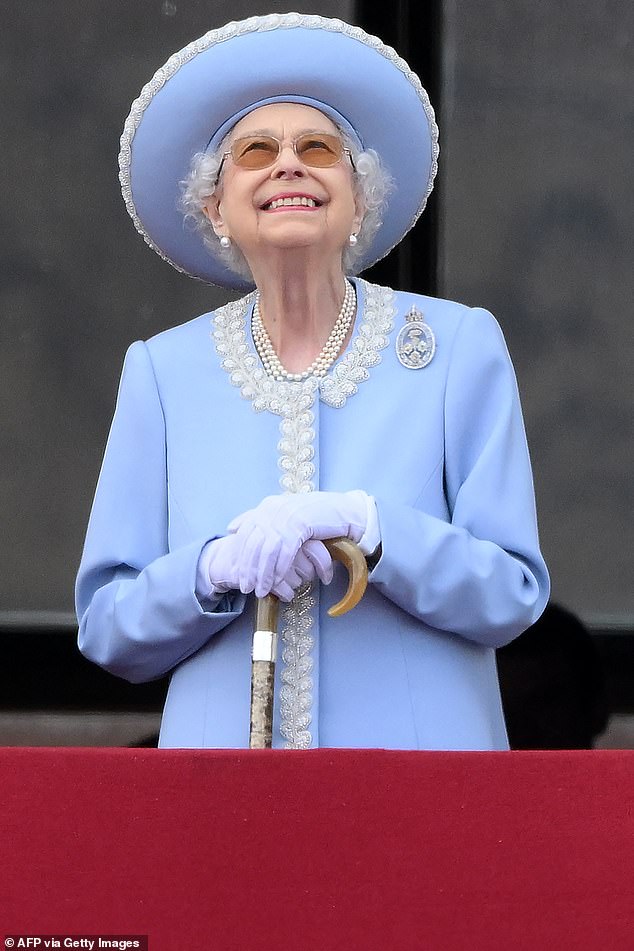 The item was handcrafted in Cumbria and made of mottled hazel, which is said to be a protective talisman in English Mythology 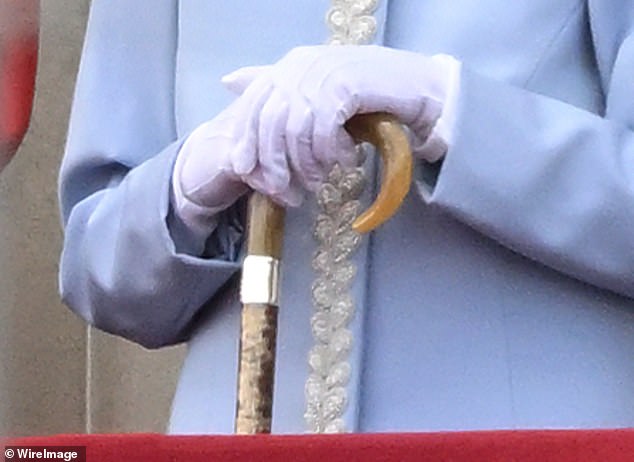 The handle is made from Highland Cow horn, a breed originating in the Scottish Highlands – said to be known for its hardy and robust constitution

The Queen held onto the gift while standing on the balcony of Buckingham Palace and enjoying the first day of her Platinum Jubilee celebrations.

Huge crowds of people gathered in central London outside the palace and along the Mall to watch thousands of soldiers take part in Trooping the Colour.

Her Majesty, who was joined on the balcony by close family members including Princes Charles, William, George and Louis, was then treated to a flypast by military planes and the Red Arrows.

Over the next three days there will be other events to celebrate her 70-year reign on the throne, including a Service of Thanksgiving at St Paul’s Cathedral and a Platinum Pageant.