A.J. Brown is headed to Philadelphia.

The Tennessee Titans traded their star wide receiver to the Eagles during the first round of the NFL draft on Thursday night for a pair of draft picks. The Titans received Philadelphia’s selections at Nos. 18 and 102 overall in the exchange.

We've traded picks 18 and 101 to the Titans for WR A.J. [email protected]_AI | #FlyEaglesFlypic.twitter.com/BKTNOL5B8u

Brown got paid in the move, too. The Eagles reached a four-year, $100 million extension with their new wide receiver, according to the NFL Network’s Ian Rapoport. That deal includes $57 million in guaranteed money.

Brown, 24, had 869 receiving yards and five touchdowns last season, his third with the Titans. He played in 13 games last season due to a chest injury. He was set to enter the final year of his four-year, $5.6 million rookie deal this fall.

Alongside Devonta Smith and quarterback Jalen Hurts in Philadelphia, Brown should have no trouble shining in a new offense.

Burks is coming off a career-best season with the Razorbacks where he racked up 1,104 receiving yards and 11 touchdowns while helping them to a 9-4 record and an Outback Bowl win.

The trade seemed to catch at least a few Titans off guard, including defensive end Jeffery Simmons.

Wait this bet not be true 😒

Burks is capable of being a top receiver for the Titans this fall, and he's a much cheaper option for them instead of trying to reach an extension with Brown. 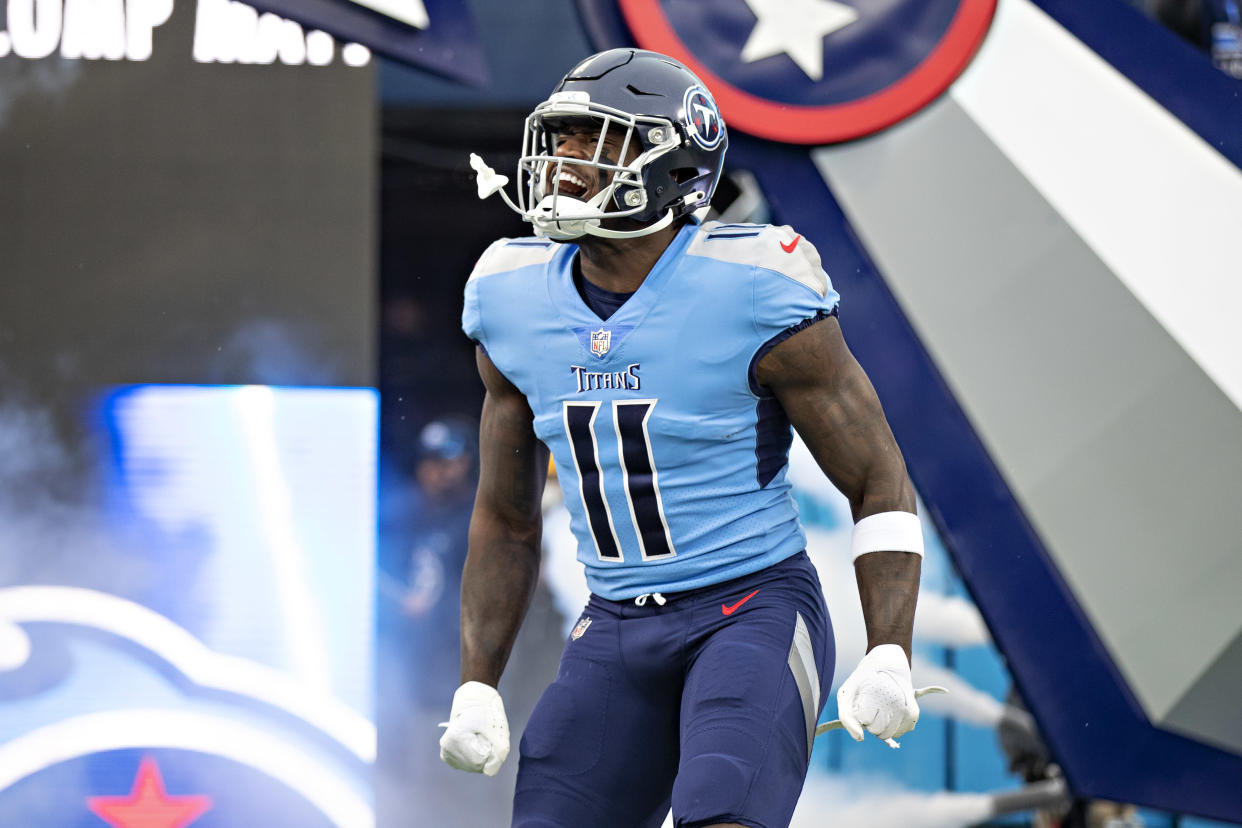