Tampa Bay Buccaneers quarterback Tom Brady doesn't need much in life. He's ultra rich, mega successful and appears to have a loving family that cares about his well being.

But Brady does have one regret: His NFL combine photo. The picture, an unflattering, shirtless shot of Brady, makes the rounds on social media fairly often. Brady isn't a fan.

He might have found a way to rectify that Thursday, though. Brady asked Elon Musk to ban the photo from Twitter if Musk winds up buying the company.

Tom Brady has one request for Elon Musk 😆 pic.twitter.com/jAoSlfENsj

There's a lot to unpack in that last sentence. Musk — yes, the CEO of Tesla — wants to buy Twitter. Musk, who is the largest shareholder of Twitter, offered to buy Twitter for $54.20 per share. If that offer is not accepted, Musk said he might reconsider his investment. Twitter said it would consider Musk's offer.

No matter how you feel about everything you just read, and the people and companies involved, you have to admit Brady's tweet was amusing. Brady, or whoever he hired to run his Twitter page, has a strong grasp on social media. He's witty and self deprecating. Considering all the other things in which he excels, it's pretty upsetting that he is also good at tweeting.

As for the unflattering combine photo, well, that will never die. Brady's dislike of the photo just ensures more fans will use it to get under Brady's skin.

Brady knows that, of course, so we're assuming the picture doesn't really bother him. If anything, it speaks to how hard he's worked to turn himself into the best quarterback of all-time. Even Brady's most embarrassing moment can be turned into something inspiration. 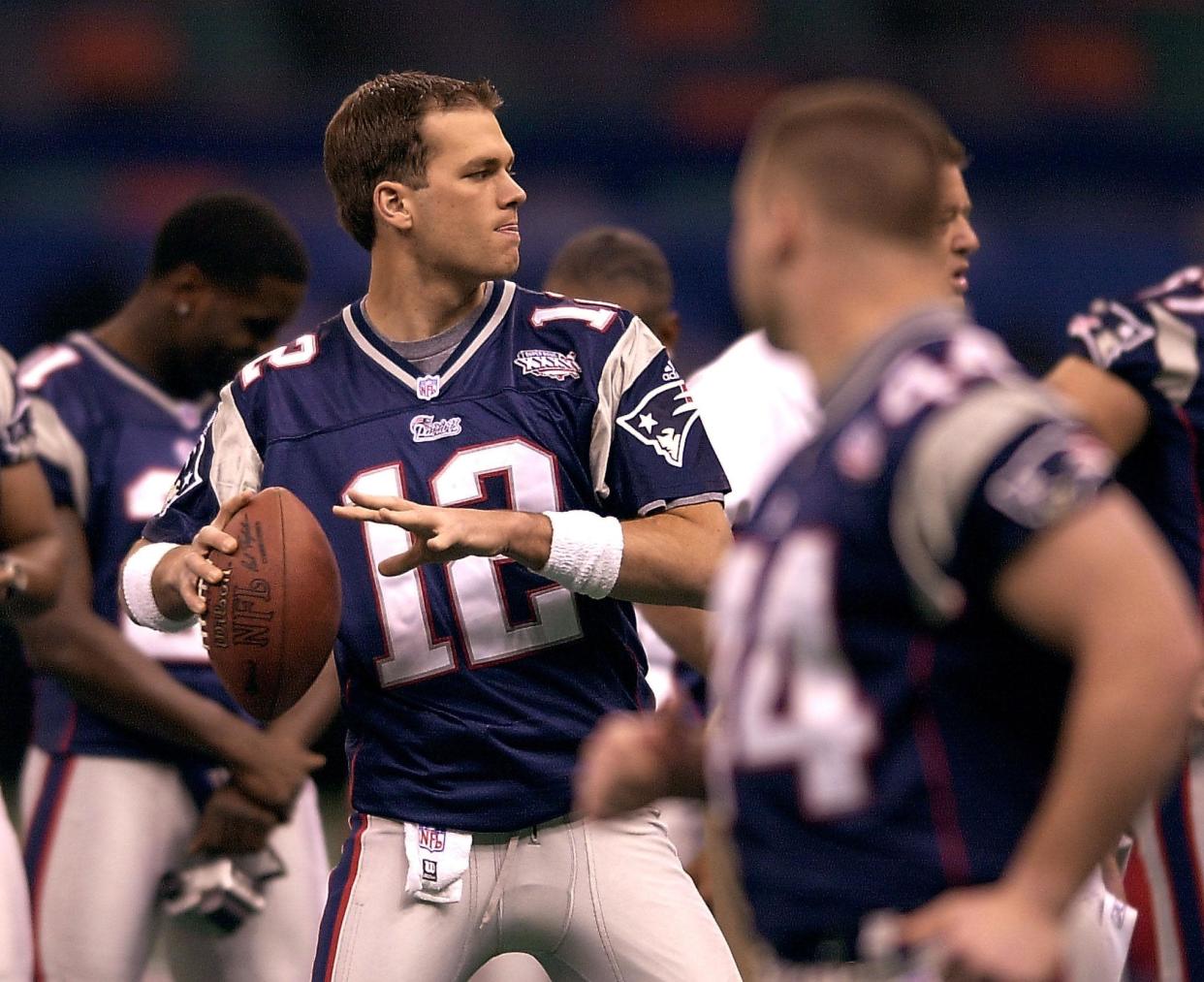