A Tory MP has sparked fury after describing Birmingham and Blackpool as ‘godawful’ places while speaking at a government event in London.

Heather Wheeler, MP for South Derbyshire, made the ‘offensive’ remark at the launch of the 2022 to 2025 Roadmap to a Digital Future on Thursday.

It came as Prime Minister Boris Johnson was in the Lancashire seaside town to give a speech about his planned extension of Margaret Thatcher’s flagship Right-To-Buy scheme.

In perhaps awkward timing, the Conservative Party is also set to hold its conference in Birmingham, the UK’s second-largest city, in October.

According to digital journalist Chris Middleton, Ms Wheeler said: ‘I was just at a conference in, I dunno, Blackpool or Birmingham, somewhere godawful.’

When Mr Middleton first reported the comment, he claims a Cabinet Office official rang him and told him the MP was making a joke to ‘break the ice’.

Ms Wheeler has since apologised, but Labour MPs have been left incensed, taking to Twitter to accuse her of showing ‘utter contempt for voters.’ 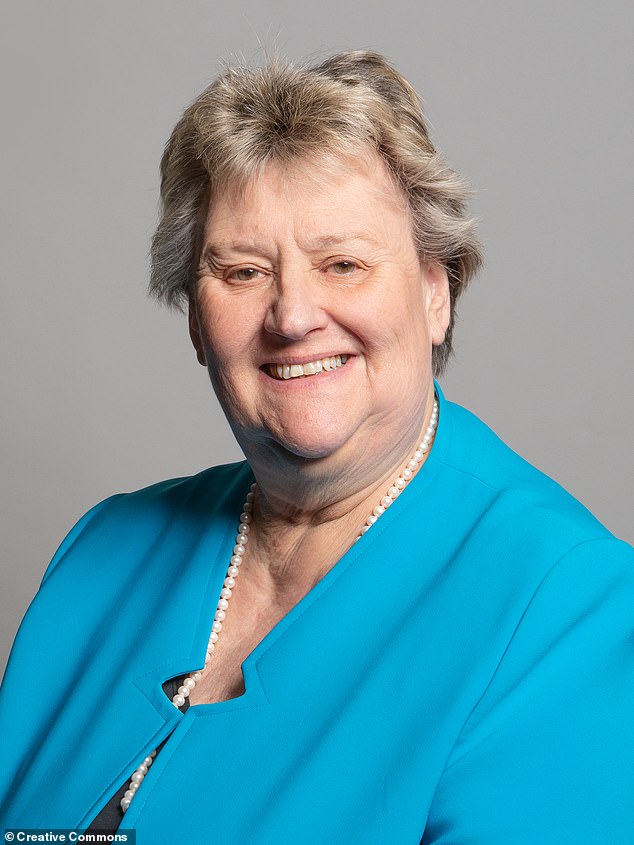 Heather Wheeler (pictured), MP for South Derbyshire, made the disparaging remark while speaking at the launch of the 2022 to 2025 Roadmap to a Digital Future on Thursday

Deputy Labour leader Angela Rayner said: ‘The mask has slipped. This minister has blurted out what Boris Johnson’s Conservatives really think about our communities behind closed doors. The disrespect is off the scale.

‘Heather Wheeler has put her utter contempt for voters on show.’

She later added that it was ‘frankly embarrassing that she’s still in her position as a Minister.’

Labour MP for Wigan Lisa Nandy described the remarks as ‘clueless and offensive.’

The shadow secretary of state for levelling up, housing and communities added: ‘They tell us they’re levelling up the country but this is what they truly think.

‘They can’t even tell the difference between ‘Blackpool or Birmingham or somewhere godawful’.’ 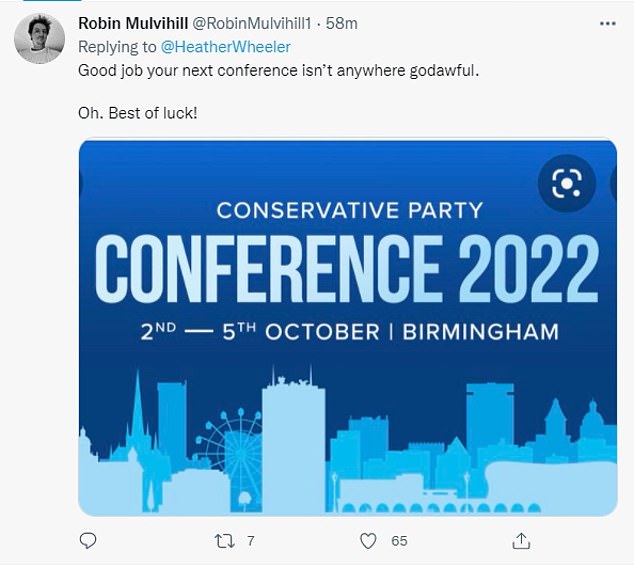 Angela Rayner and Lisa Nandy blasted Ms Wheeler for her comments, while one Twitter user pointed out the awkward fact that Birmingham will host the Tory party conference this year

In an apology tweet, Ms Wheeler said: ‘Whilst speaking at a conference on Thursday, I made an inappropriate remark that does not reflect my actual view. I apologise for any offence caused.’

Twitter users were quick to point out the awkward timing, with the Conservative Party Conference due to be held in Birmingham in October.

Ms Wheeler, who has been an MP since 2010, has come into hot water for her comments in the past.

She was forced to apologise in 2018 after an email she sent to a homeless charity three months before she became homeless minister was leaked, in which she branded rough sleepers in her constituency as ‘the traditional type, old tinkers, knife-cutters wandering through’.