Former President Donald Trump had more than 300 classified documents at his Florida estate, Mar-a-Lago, that have since been recovered by the federal government, The New York Times reported Monday.

The figures represent three batches of documents that federal officials have recovered in recent months amid growing concern Trump had absconded with the files after he left the White House. About 150 documents marked classified were handed over to the National Archives in January, a large number that prompted concern from officials there that Trump may have had additional sensitive material in the bowels of the resort.

Trump reportedly went through those boxes himself late last year before they were turned over.

Officials at the Justice Department later went to the Florida estate in June with a subpoena for any additional classified material. But reviews of security footage and information from interviews with Trump’s aides led them to believe there were even more documents that hadn’t been turned over.

The Times added that former White House officials were tasked with trying to return the documents to the federal government, but Trump resisted, calling the boxes “Mine.”

The FBI, armed with a search warrant, went to Mar-a-Lago on Aug. 8 and recovered about 20 boxes, including 11 sets of classified material. A federal judge unsealed the warrant shortly afterward, which shows Trump was under investigation for possible violations of the Espionage Act. 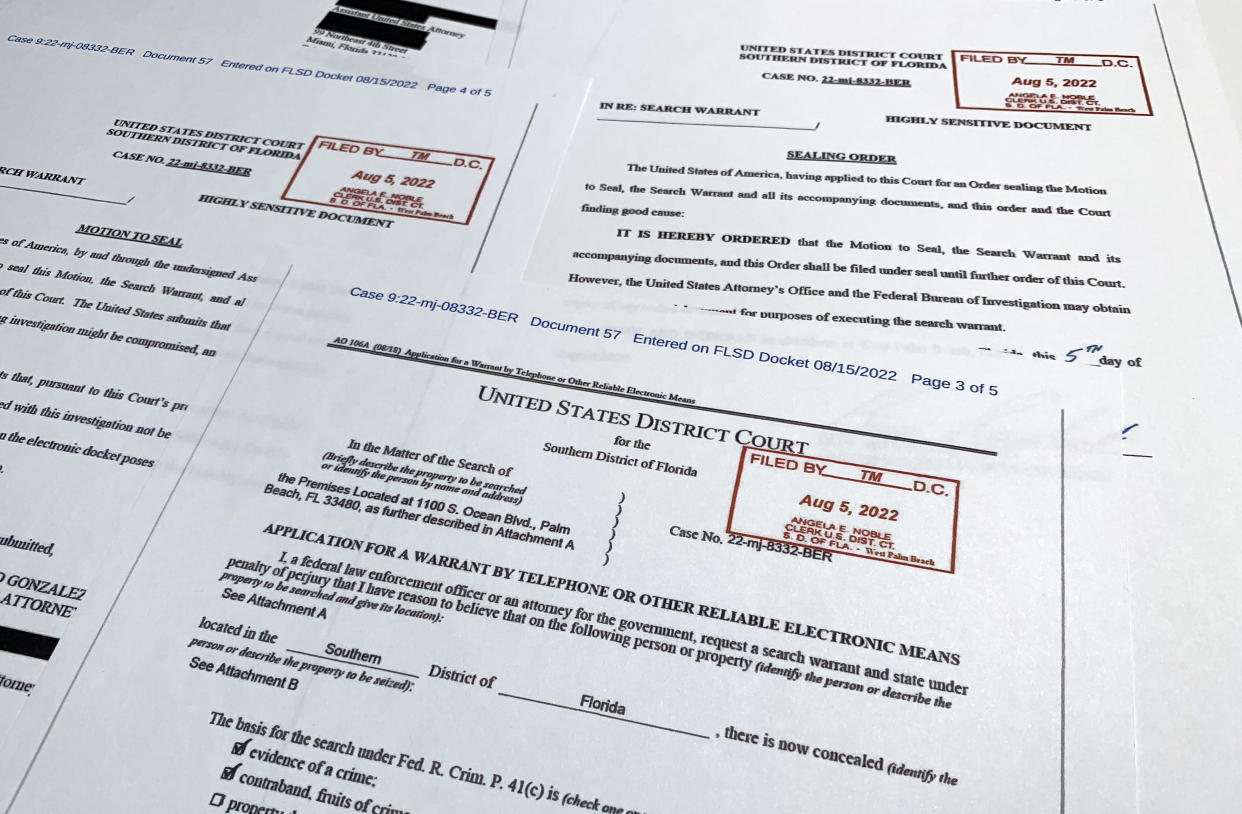 The Times, the first to report on the sensitive material found during the searches, added it’s unclear what type of classified information officials found. But the paper, citing a person briefed on the investigation, said they included material from the CIA, the National Security Agency and the FBI on topics related to national security.

It’s unclear if Trump could face any charges related to the documents. The Presidential Records Act requires all official government material be turned over to the National Archives at the end of a presidential term. The archives knew, in part, that it was missing documents that had been widely reported in the media, including Trump’s “love letters” with North Korean leader Kim Jong Un.

Trump has castigated those involved in carrying out the search, declaring the FBI’s actions a politicization of the Justice Department that has never happened to a former president. His aides quickly moved to say he had a “standing order” to automatically declassify documents that left the Oval Office for his residence, although there is no evidence so far to back up that claim.

The DOJ’s investigation into the documents is ongoing, as are several other government inquiries into Trump’s behavior leading up to the Jan. 6, 2021, attack on the U.S. Capitol and his efforts to remain in power.