Ukrainian sisters, 37 and 34, are reunited and living next door to each other with their families in Britain after fleeing warzone

A Ukrainian woman, 34, now lives next door to her older sister, 37 – who managed to flee their war-torn home country with the help and support of kind neighbours.

Siblings Olya Protsuik, 37, and Iryna Stanier, 34, now live side by side to each other in Bristol.

Ms Stainer was already living in the UK with husband David, 33, after moving in 2014 to study a PhD in Aerospace Engineering at the University of Bristol.

She was desperate to be reunited with her sister and family once Russia invaded Ukraine on February 24, faced with questions of how to get them visas and housing as quickly as possible.

The family of the house next-door – which had become empty after its owner was moved into care – was told of the family’s ordeal.

Ms Stainer explained that Ms Protsuik, her husband Vova, 38, and their twins Dasha and Danya, both 15, along with daughter Vira, six – desperately needed help. 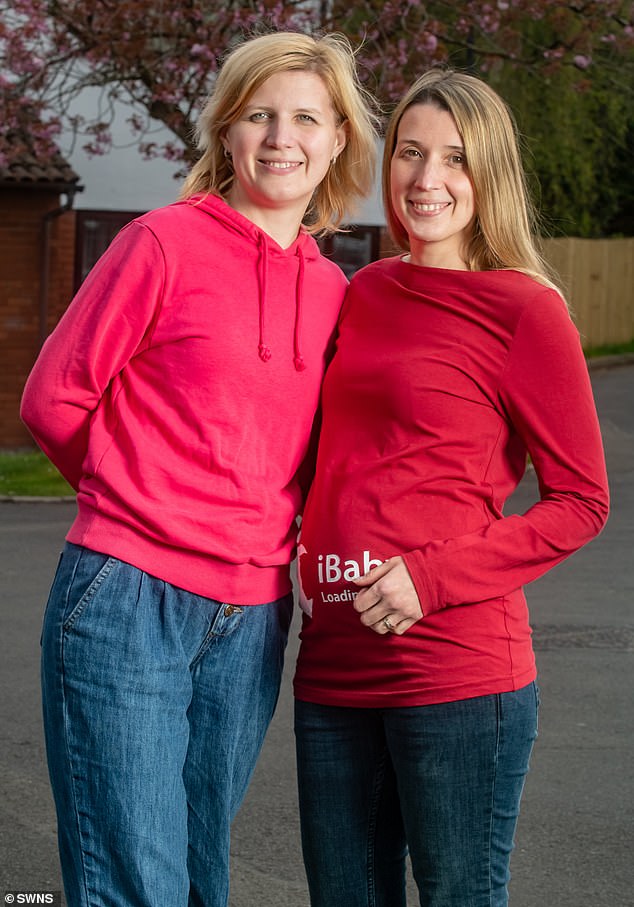 Siblings Olya Protsuik (left), 37, and Iryna Stanier (right), 34, now live side by side to each other in Bristol

She said Ms Protsuik had been ‘really scared’ about where the family would end up, the BBC reported.

Ms Protsuik’s family fled their hometown of Khmelnytskyi in western Ukraine and made it to Poland in the first week of the war’s beginning to ensure Vira wouldn’t have to go without her medicine for epilepsy.

The neighbours’ family unanimously agreed to help and began to organize for Ms Protsuik to come to the UK to live next door. 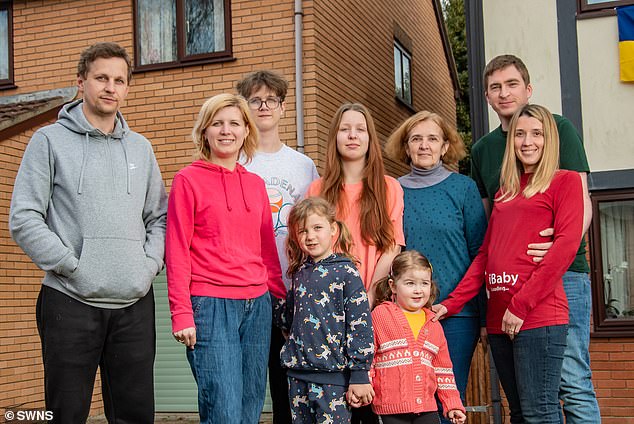 The sisters with their families outside their homes. Ms Stainer was already living in the UK with husband David, 33, after moving in 2014

The British family arranged the flight over to Bristol and the families now happily live next door to each other.

The owner’s daughter Della Hughes, as well as her siblings, had allowed Ms Protsuik’s family live in the property rent-free and were reportedly supporting them with bills until they got back on their feet, the BBC claimed earlier this month.

Ms Hughes told the outlet that ‘this way the house is alive now – it’s full of children laughing’.

Ms Stainer said there were initial problems with trying to secure a visa for her family, the criteria for which were then relaxed as the conflict unfolded.

She added: ‘They were in Poland for three weeks – in the first week the UK government seemed like it wasn’t sure what to do, in the second week I wasn’t eligible to help because I didn’t have settled status, and then in the third week they eased some rules and my husband became eligible.’ 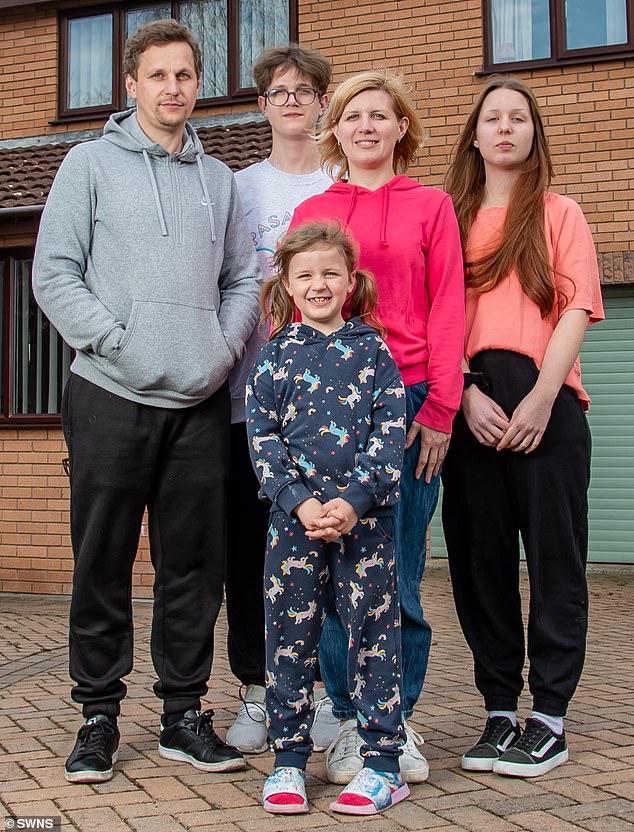 Olya Protsiuk with her husband Vova and children Dasha, Danya and Vira outside their new home

‘We tried to apply for a visa for them and had some issues with the status of the documents and waiting for the visa – it was before they had cancelled the need for biometrics so it was a bit of a struggle.

‘I think because I was pushing the media and my local MP, it helped them get a visa quite fast – in reality they were waiting four or five days before they got confirmation they had the visas.

‘We had a talk with the neighbours before the family arrived – we have a three bed house and they are a family of five so we knew it would be a bit of a squeeze.

‘I sent my husband around to ask if we could use the property if we paid some rent but they came back to us and said it’s yours to use.

‘They said to make it our home and do what we want.’ 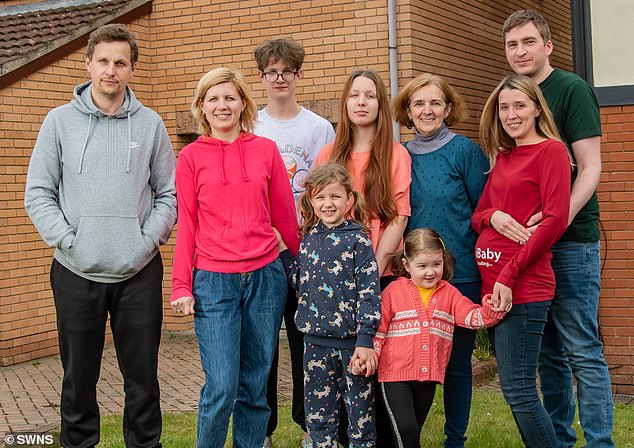 The siblings with their families. Ms Stainer said there were initial problems with trying to secure a visa for her family, the criteria for which were then relaxed as the conflict unfolded

Ms Stainer said the family is already settling in since their arrival at Bristol Airport in late March.

‘It’s good being next door neighbours – my door isn’t closed now and they like it because they have the space,’ she added.

‘The twins have been enrolled in a local school – we’re lucky the admitted them.

‘They need to learn English and it’s just the best way for them to do that.

‘They will be studying art which they both love and doing their A-levels – it’s quite good because it will just be a few subjects they can actually enjoy.

‘Vova is already working in a local pub as a kitchen assistant and Olya had a bakery in Ukraine and wants to do the same here.

‘She’s already done some fundraising for Ukraine since being here and has raised £300 through bake sales.’