A father and son have been found guilty of murdering a thief in a vigilante killing after stabbing him to death with a ‘dagger’ and ninja sword.

David and Edward King, both from Bury St Edmunds, were found guilty of the murder of Neil Charles, who had a number of convictions for theft and burglary.

Police say the vigilante duo saw the 47-year-old thief on their CCTV in their street but instead of calling 999, they armed themselves.

Mr Charles was seen trying car doors and house handles in the town, the court heard, before he was stabbed in June last year and died in hospital two days later.

David King, 55, claimed the thief ran onto his knife, but the jury instead unanimously convicted both men of murder on Monday at Ipswich Crown Court.

Detectives said the men’s text message history revealed they had a fascination with weapons and, following previous thefts in the area, a clear intent and desire to deal with any perceived criminals themselves rather than calling police. 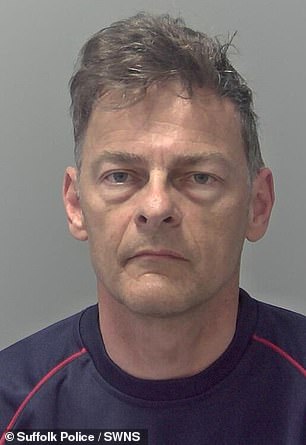 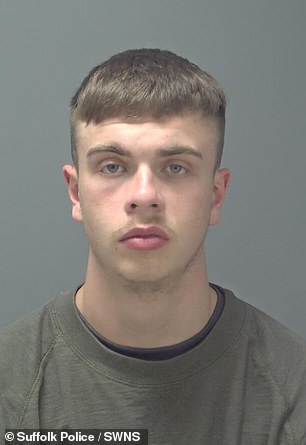 David King from Bury St Edmunds (left) was found guilty of the murder of Neil Charles, who had a number of convictions for theft and burglary. His 19-year-old son Edward King (right), was also convicted of murder 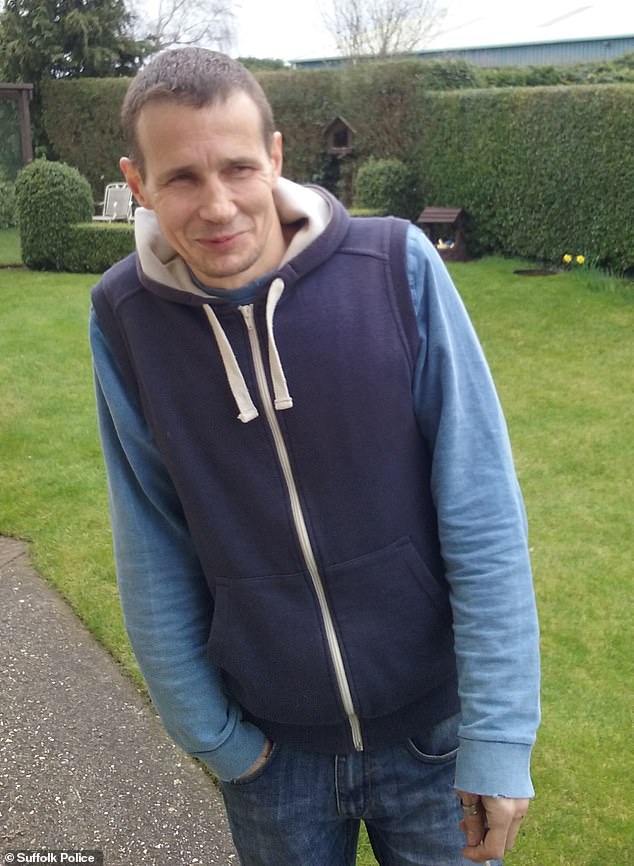 Neil Charles (pictured) had been trying car doors and house handles in the town before he was fatally stabbed on June 20 last year and died in hospital two days later, the court heard

David King later called 999 call at around 3.55am on June 20 last year saying a man had been trying to steal from his car on the Moreton Hall estate.

King then told the call taker that he had tried to apprehend the man who had run off.

He admitted on the phone he had a knife in his hand and the man claimed he was injured by this before he ran away.

Police found King with a serious stab wound to the chest in Winsford Road, nowhere near his home or where the stabbing took place.

David King was first arrested at the scene on the morning in question, with the arrest of his son Edward following later in the day.

A post-mortem examination recorded that Mr Charles died of a single 12cm stab wound to the chest.

Police said that on the night in question, David and Edward King had been alerted by their own CCTV that a thief appeared to be active in the area.

They armed themselves with weapons and went out to take the law into their own hands, the force said, adding no attempt was made by either of them to contact the police to come and investigate.

David King had a double-edged knife resembling a dagger while his son Edward had with him a 27-inch ninja sword.

The knife was used to inflict the fatal wound and the sword caused a horizontal wound above the left knee of Mr Charles, police said. 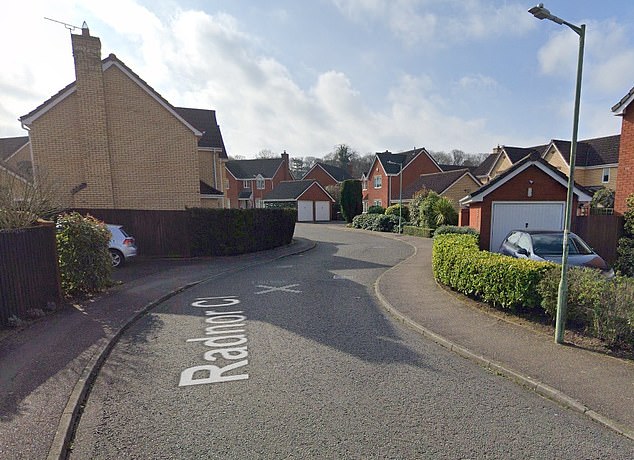 David and Edward King, both of Radnor Close (pictured the road) in Bury St Edmunds, were on Monday found guilty of murder by unanimous verdicts

The sword was also used to stab the tyre of Mr Charles’s bicycle, which he left at the scene.

Suffolk Police said Mr Charles was some distance from the King’s property and was heading away from it when the vigilantes caught up with him and the fatal blow was delivered.

During the trial both men denied intentionally killing Mr Charles, with David King maintaining his version of events that he had disturbed Mr Charles in the act of trying to break into his car and that Mr Charles had run onto his knife.

However, the prosecution said the father and son had gone out together to hunt down and attack Mr Charles in an act of vigilantism.

David and Edward King, both of Radnor Close in Bury St Edmunds, were on Monday found guilty of murder by unanimous verdicts.

According to Rightmove, houses on Radnor Close have been sold at an average price of £450,000.

The Kings have been remanded in custody to be sentenced on a date to be fixed.