Rugby union star Kurtley Beale has been charged over an alleged sexual assault at a Bondi hotel late last year.

The Wallabies back was arrested after a vehicle stop at Kingsford just before 2.30pm on Friday following training with the NSW Waratahs. 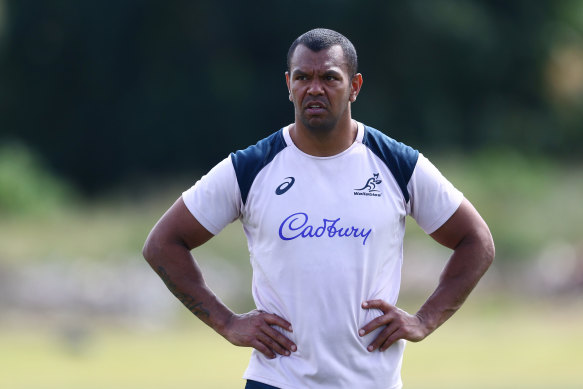 He will spend Friday night behind bars after being refused bail to appear at Parramatta Bail Court on Saturday.

The charges come after a 28-year-old woman reported to police in the Tweed/Byron Bay district that she had been allegedly sexually assaulted at the Beach Road Hotel in Bondi Beach on December 17, 2022.

Beale, who has played 95 Tests for Australia after making his Wallabies debut in 2009 recently returned to the Waratahs after a stint in French rugby. He became a father in October last year, and just last week attended a Wallabies camp with the intention of joining the squad for this year’s Rugby World Cup.

Senior sources at Rugby Australia, speaking on condition of anonymity, indicated on Friday night he would be stood down if charges were laid.

Rugby Australia issued a statement on Friday afternoon, along with the NSW Waratahs and Rugby Union Players Association (RUPA), saying they are “aware of the situation involving Kurtley Beale”.

But they declined to comment further at the time as “this is a police matter, and we understand there has been no charge made”.